Today: Whether done in line, on the train, or in your head, writing lists of things you like will make you like things more—and like more things. 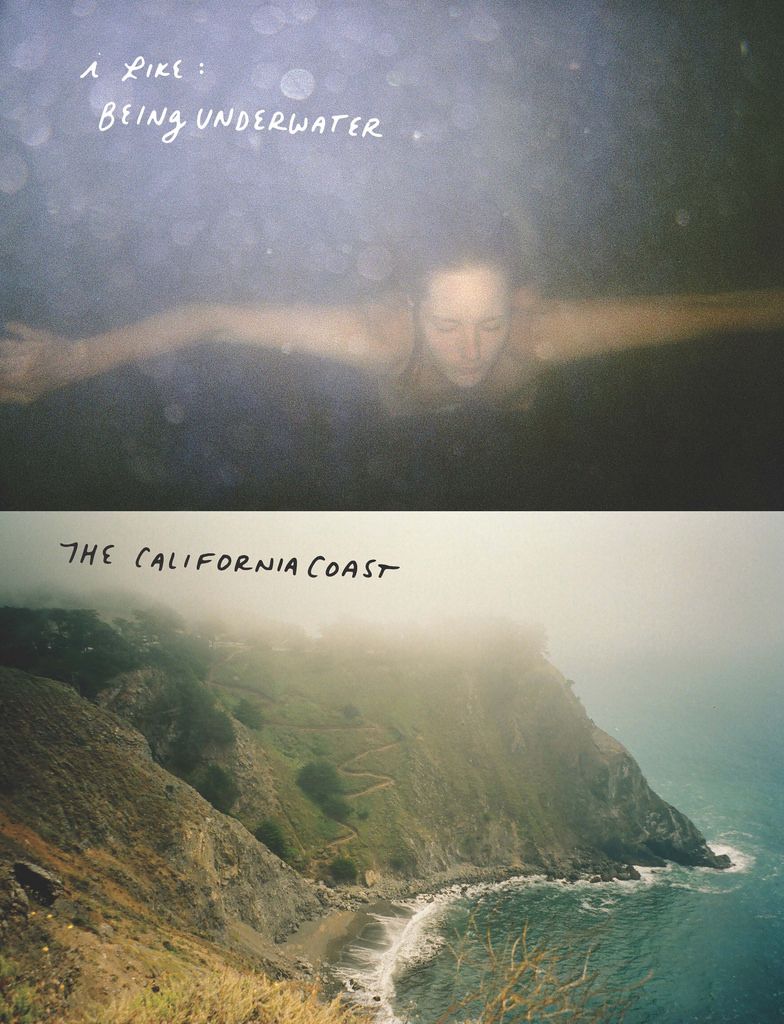 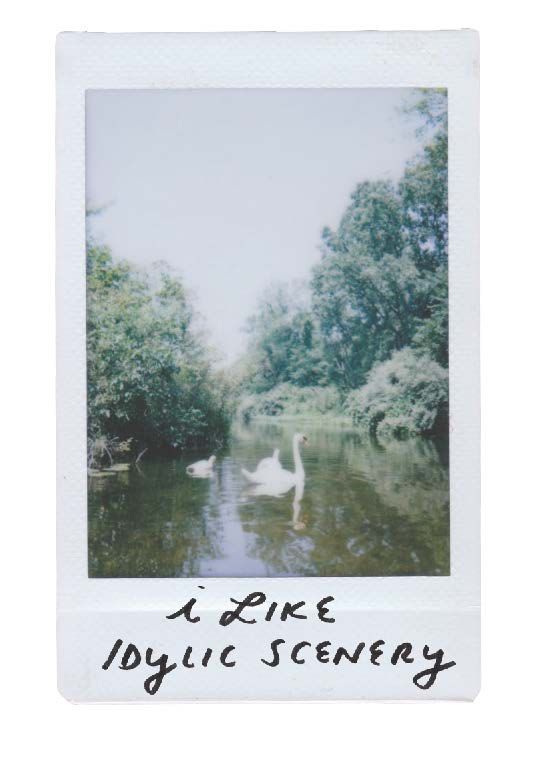 Writing lists of things you like: It sounds simple, and it is. There's no catch: When you're bored or blue, think about things that you like. "But I like so much!" you may be saying. You can focus on one type of thing or one period of time, like this morning. Jot down all the things, as miniscule or grand and as few or as many as they may be.

These little lists make every day feel a little more special—they remind us that, even in traffic or while waiting in line, there is good to dwell on. This is what we learned from poet Jacquline Suskin's new book, Go Ahead & Like It, and something we can really get behind: a low-effort way to make us smile that doesn't really feel like self-help but kind of is.

After flipping through Go Ahead & Like It—which feels like Suskin's personal scrapbook, with lists and photos and drawings—some of the editors were inspired to write lists and share them with you in hopes that it prompts you to do the same. You can share your lists in the comments if you'd like, or keep them safe and reference them when you want. Plus, Molly Yeh stopped by and joined in on the fun. Can you guess which is hers? (Hint: She really likes cake.) 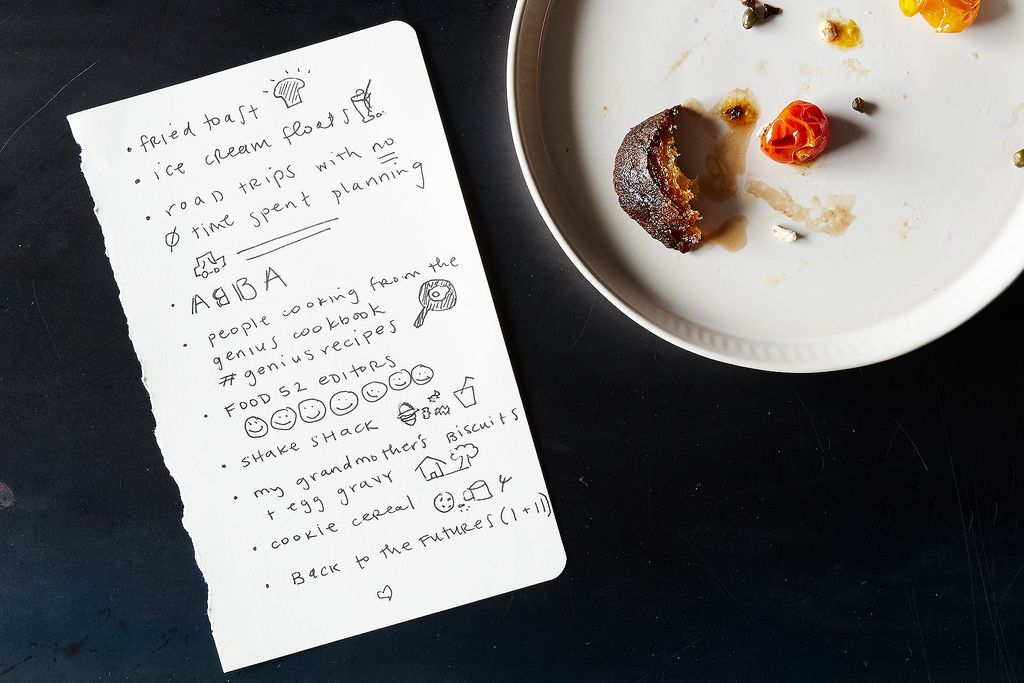 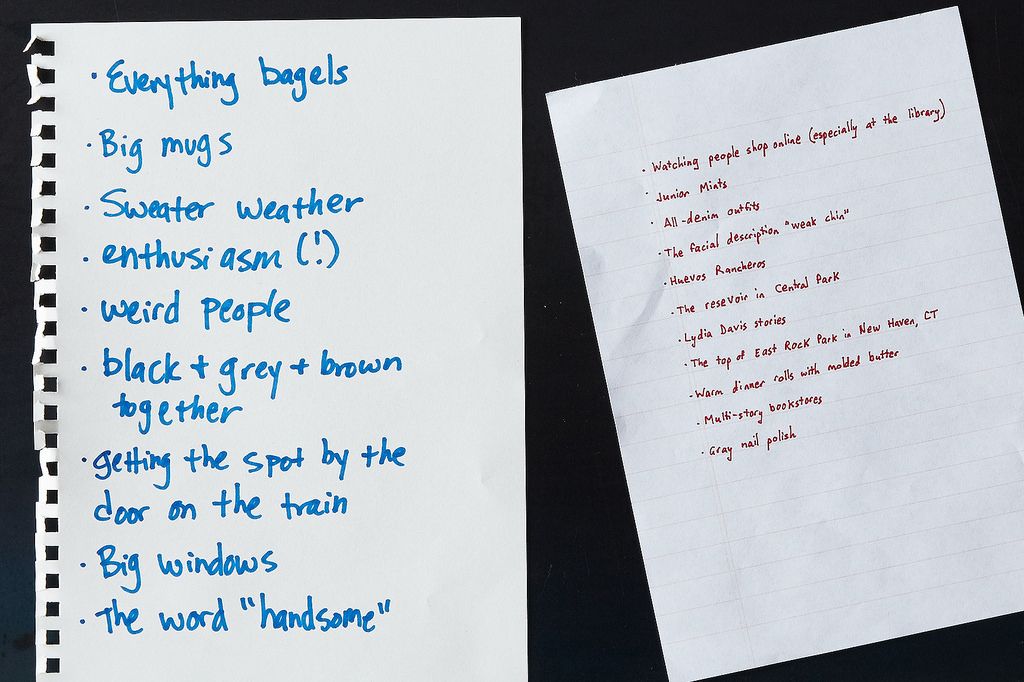 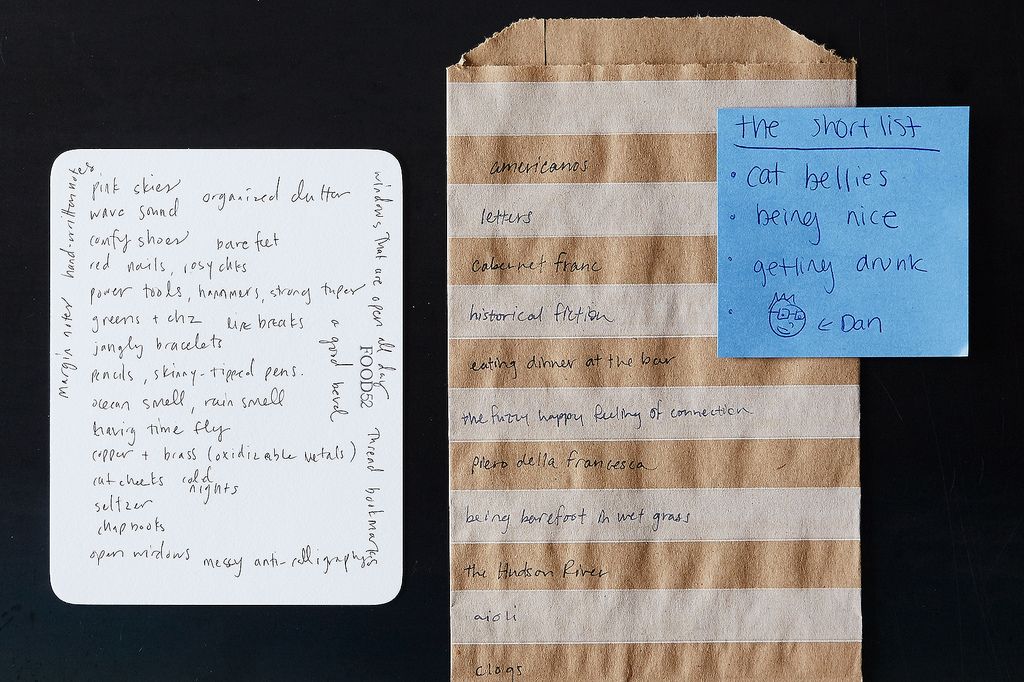 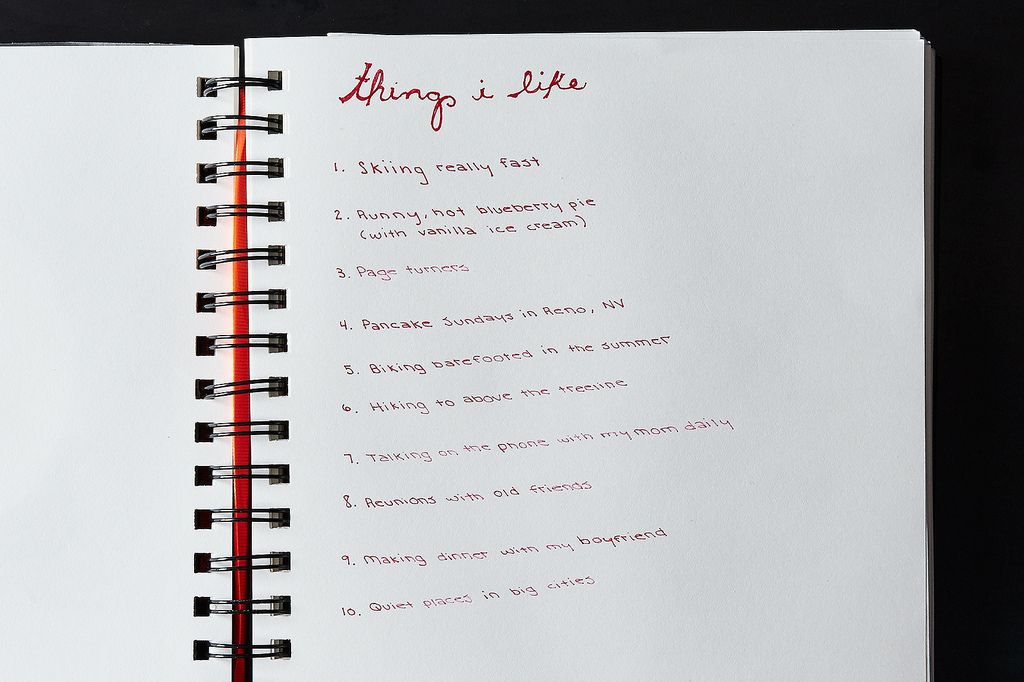 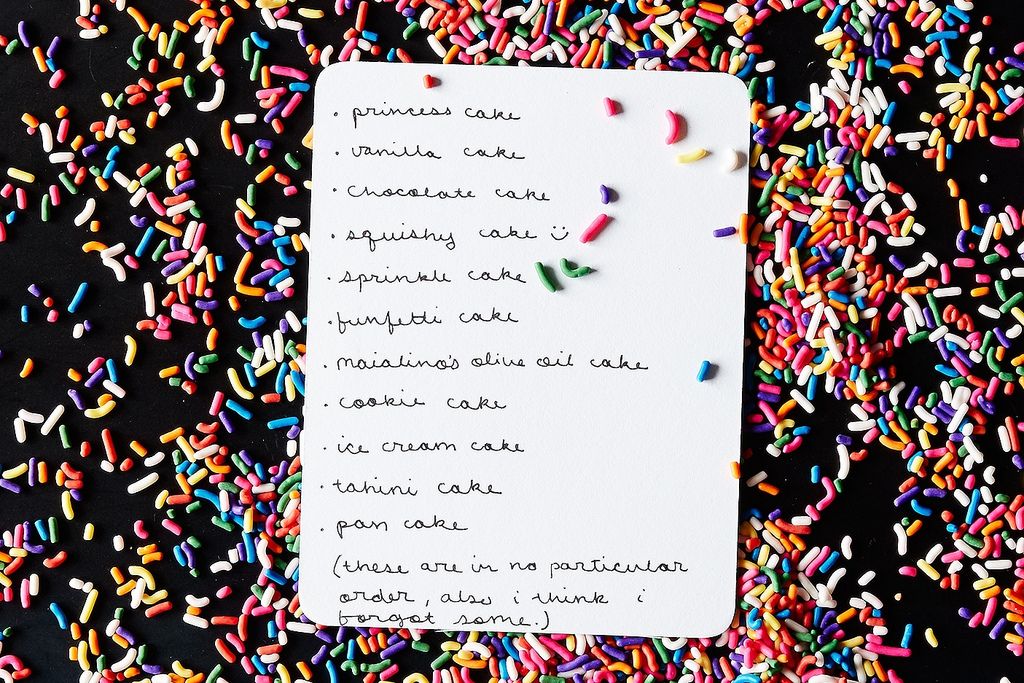 First two images reprinted from Go Ahead & Like It (c) 2014 by Jacqueline Suskin. Photographs (c) 2014 by Shelby Duncan. Published by Ten Speed Press, an imprint of Penguin Random House LLC. All other photos by James Ransom.

Alice August 20, 2015
Lists is great, they make as more productive and organised. I love lists. I wrote about this http://www.pickthebrain.com/blog/7-rituals-help-move-heaven-earth/

lunule May 4, 2015
Thanks for this Ali Slagle. I think that I will try it this today!

AntoniaJames April 28, 2015
Writing down 10 things for which you are grateful each morning makes for a happier - and more successful - life, too. (I've been doing that since just before founding my own law firm nearly 15 years ago. QED.) ;o)

Jenna B. April 28, 2015
• new food podcast updates
• waking up to food52 emails
• friends who visit from out of town
• rewatching Mind of a Chef episodes
• my mom and i competing on who can make the best food that day
• long walks in prospect park
• the book stacks at my work
• trading recipes with coworkers
• being an honorary employee of my local farmers market
• secondary moms who always want to make sure i'm eating well