5 Ways to Upgrade Your Pie Crust

We've partnered with our friends at Diamond of California® to create a nut crust that will work for just about any pie.

Today: Go nuts for nut crusts—and send your next pie into the oven in one. 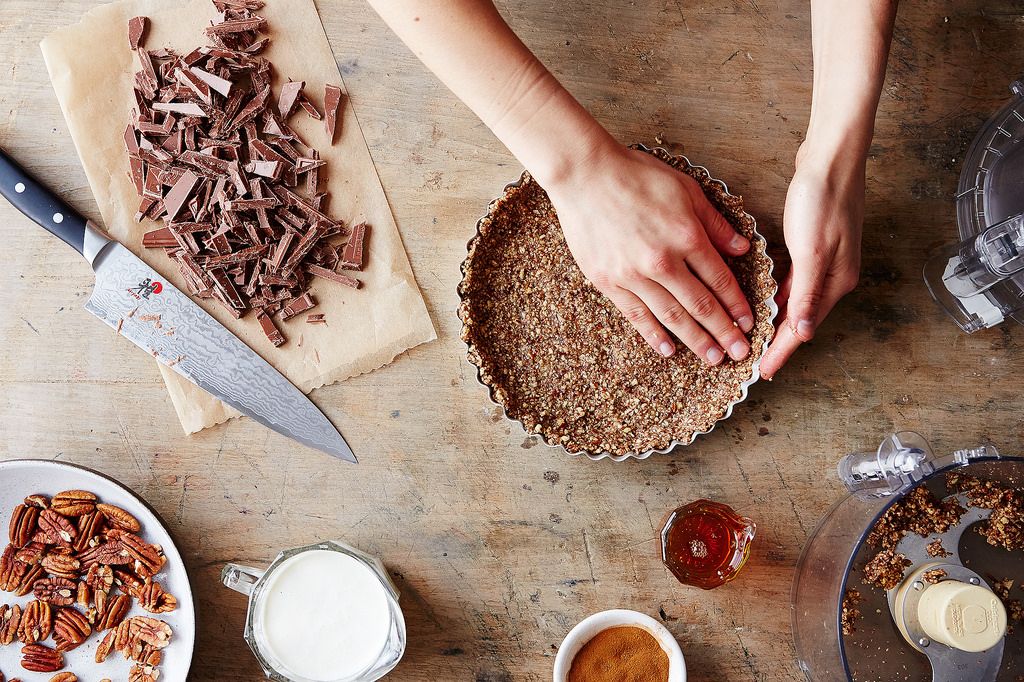 A lackluster crust can spoil even the most flavorful filling. Crusts are a difficult part of the pie: Delicate butter ratios and worries of overworking the dough plague even the experienced baker. The finest chocolate mousse, airy and wonderful as a daydream, becomes a sad afterthought when paired with a tasteless base.

Our tip to avoiding the stress? Try a nut crust as the base of your next would-be baking project. By simply blending chopped nuts (like pecans or walnuts) with some honey and butter, then pressing the mixture into a tart tin or pie shell, you've got an easy, flavorful alternative to dough. Here are five ways to bake your next pie in a nut crust:

Cinnamon Chocolate Tart with a Pecan Crust by Food52 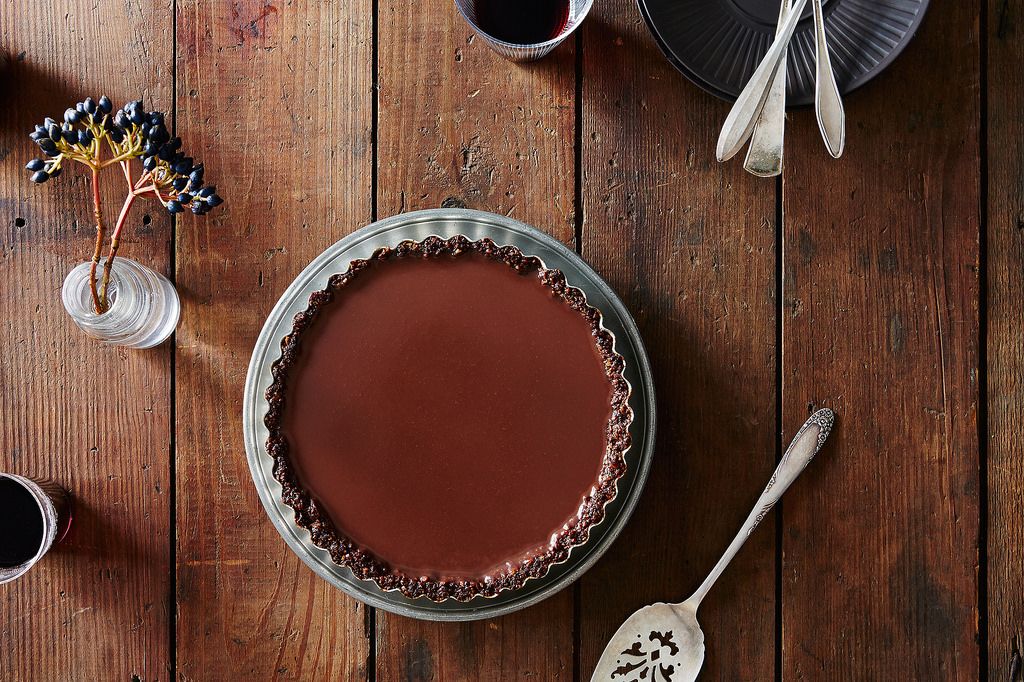 Let's talk about how this tart is basically a candy bar on a larger scale. A silky ganache plus a crunchy pecan tart shell makes for a dreamy after-dinner treat (or breakfast, if you like). Feel free to make the pie crust and then play with other fillings, like lemon cream or chocolate mousse.

Yogurt and Berry Tart with a Pecan Crust by fiveandspice 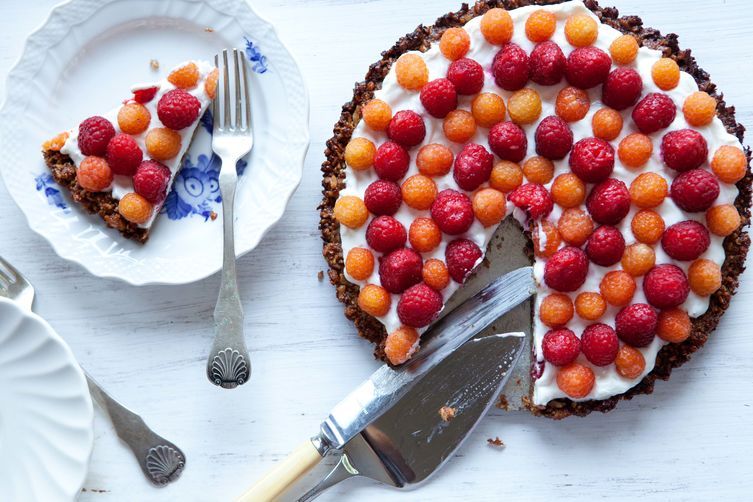 This pie is one step above a yogurt parfait, but it'll taste like dessert for breakfast. Enjoy a big slice in the morning, or with a post-dinner coffee for a light dessert.

More: Use labneh instead of yogurt for a different texture. 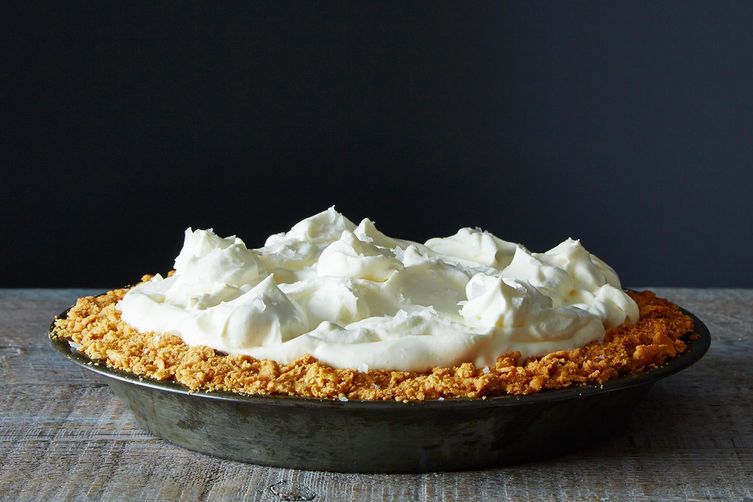 Try baking this pie's sweet-and-salty lemony filling into a pecan crust for summer in a tart tin. A recipe originally developed by Bill Smith at Crook's Corner in Chapel Hill, North Carolina, it'll be your simple go-to all season. 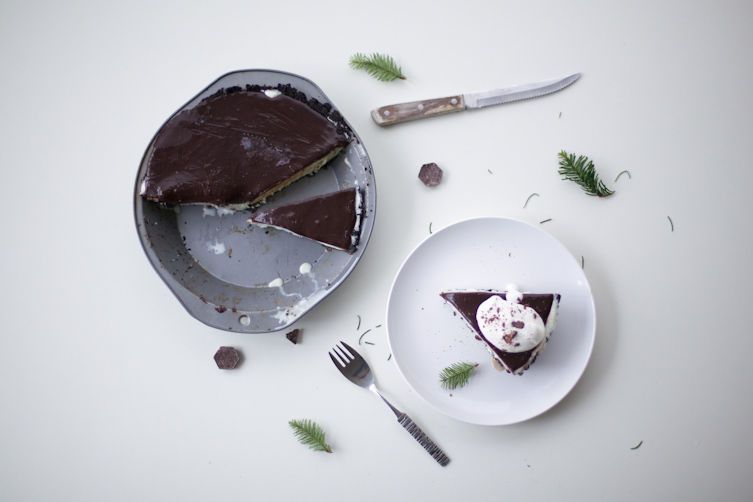 Traditionally made with cookie crust, an ice cream concoction like Grasshopper Pie finds itself served well nestled in a hazelnut crust. When minty ice cream sandwiched between a layer of fudge and crushed nuts makes its way onto our plate, we know good karma exists. 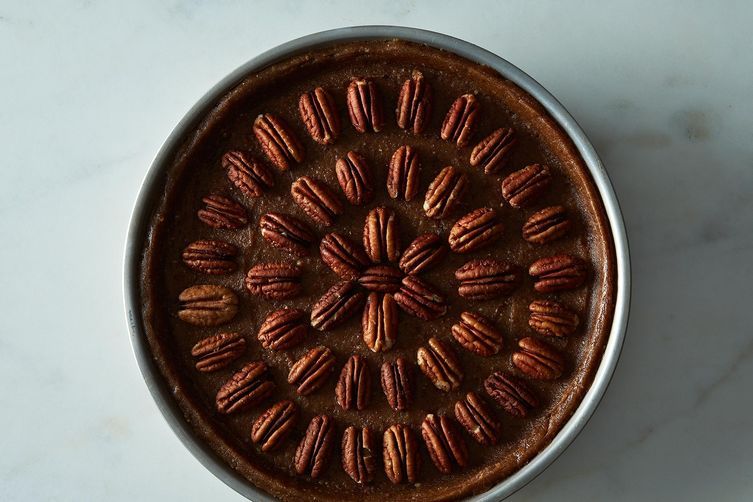 Medjool dates and coconut oil add roundness to walnuts and pecans in this healthy yet flavorful crust, and vanilla, cinnamon, and nutmeg add a little extra spice to the pie's innards.

First and second photographs by Mark Weinberg, third by fiveandspice, fourth and sixth by James Ransom, and fifth by lyndsay sung.