Today: We interrupt our regularly scheduled Breakfast of Champions content to bring you the next in our "Meet Our Contributors" series—Food52's version of show and tell. We're asking some of the voices behind your favorite columns to share a recipe that represents them (and explain why). Here, Emily Vikre (a.k.a. fiveandspice) picks Lemon-Ginger Curd “Toaster” Strudels. 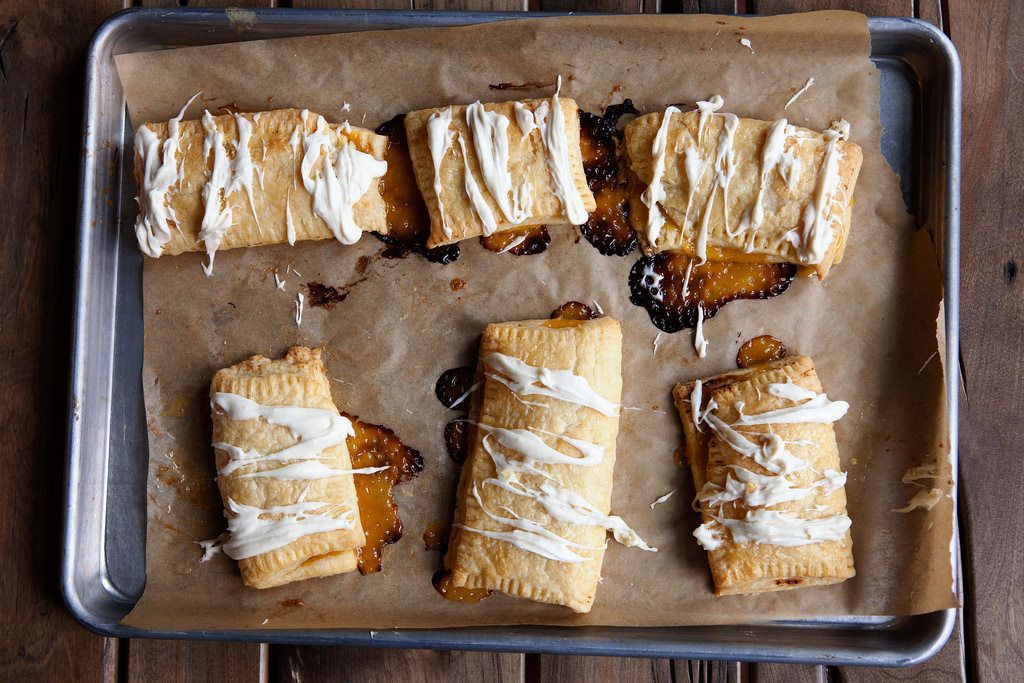 Tell us about this recipe—what about it makes it you?
Ha, probably the use of a ridiculous amount of butter. My grandma used to always tell me that I must have been a dairy maid in a past life because I love cream and butter so much. (Come to think of it, maybe my desert island food is whipped cream.) I get great joy from making pastry dough. It used to intimidate me, but I spent a few years working on getting confident with making short crust, tart crust, scones, biscuits, laminating dough, and the like, and now I love the process of making dough. I also love using fresh lemon juice in anything and everything. I think people don't always think about just how unique and complex the flavor of lemon really is. It makes almost anything sparkle.

My earliest food memory is of eating a strudel. I must have been about three, and I was at a café with my mother. I have no idea what we were up to, where we were coming from or going to, but I vividly remember biting into flaky pastry, discovering mouthfuls of jammy strawberries and sweet cheese, and falling utterly in love. Being allowed to eat a pastry was a very special occurrence, so it was memorable for that all by itself. But, the pastry was memorable as well, and to this day it remains among my happiest memories.

More: Other pastries to twist, fold, and braid. 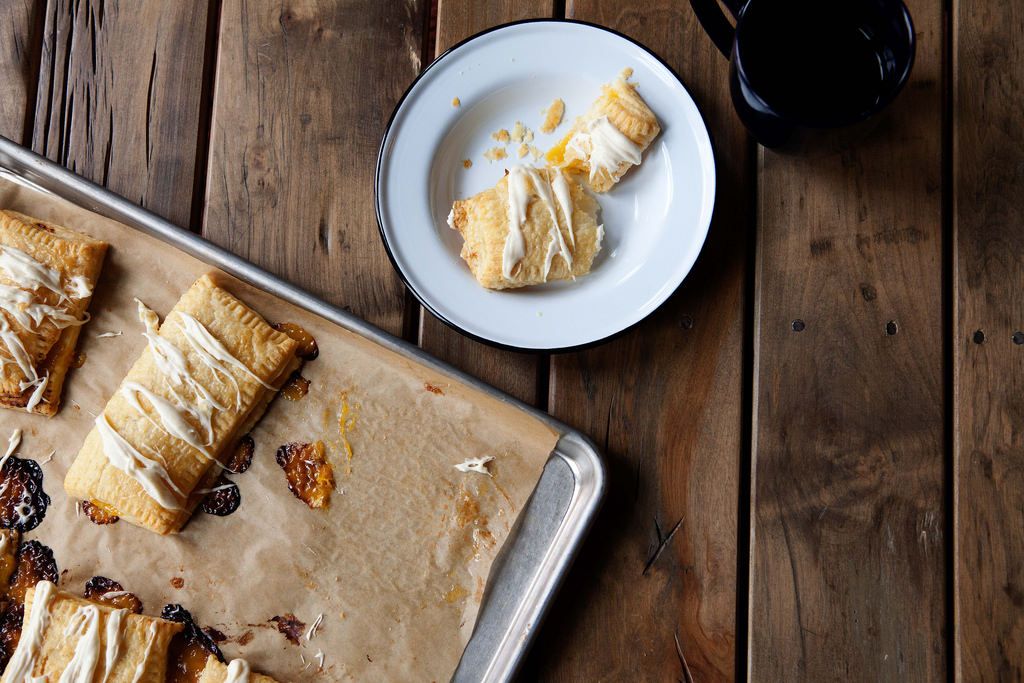 That strudel was one of a total of three I had the opportunity to eat before age 15. But, once I was solidly in high school and able to transport myself and spend my own pocket money, I discovered toaster strudels, and they gained the top slot of snacks I wasn’t supposed to have but that I secretly splurged my babysitting money on. (Also on the list were oatmeal crème pies, cranberry Newtons, and—oh yeah—cheese whiz.) I hoarded my toaster strudels—piping hot from the toaster and spread thickly with the cream cheese frosting—for before cross-country ski meets, eating two at a time.

I now recognize that commercial toaster strudels are spongy, cloying, and their filling has a glue-like consistency (which is not to say I don’t still love them in their own way). I have also developed an irrationally intense love of rubbing butter into flour to make flaky dough. So, it is only natural that I created my own toaster strudels. Is it something I would do on an average morning? Definitely not. Is it something I have done when I have had a burst of extra energy, a craving for something over-the-top rich, and wanted to win the undying adoration of my co-workers? Absolutely.

The pastry of these strudels is shatteringly flaky and the filling is a tart, unctuous lemon curd with a bite from ginger juice. You’ll use the oven rather than the toaster, since you are baking them fresh, but the cream cheese icing will still give you the opportunity to splatter, drizzle, smear, or slather to your heart’s content. 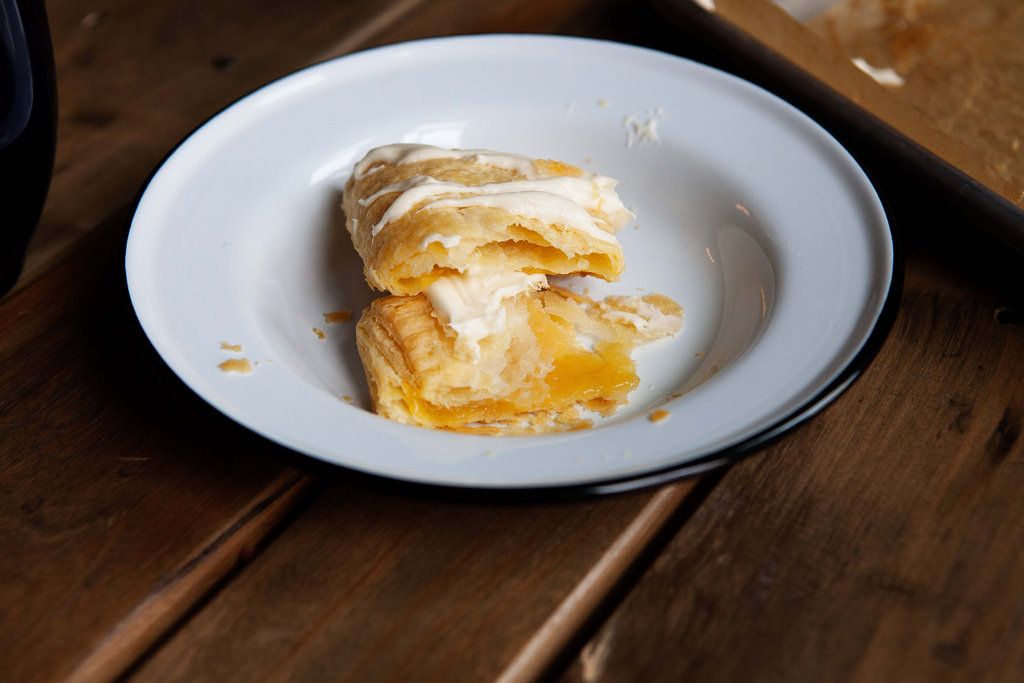 What is your desert island food (practicalities aside)?
A bottle of sparkling rosé. Oh, that's not a food. How about BLTs? They're my happy, things-are-rough-but-it's-all-going-to-be-alright-in-the-end food. Eating a BLT gives me a sense of well-being. But to survive on the island I'd probably need rosé to go with the sandwiches anyway.

What is your vegetable spirit animal?
I would like to say rainbow carrots—sturdy and hard-working but colorful and with a lot of secret depth. But, now that I have a toddler, I think maybe I'm more like frisée, always wild and frazzled, but, you know, still sturdy and interesting and always ready for the addition of bacon and a runny egg.

What's one food you pretend to like but secretly hate?
Mollusks. I've always admitted I don't like oysters, but if I'm honest, I don't like clams or mussels or basically any other mollusk either. I keep trying. I feel like intellectually I can appreciate their goodness, but I don't actually like them, so I have to choke them down and then be all like, "Oh yes, linguine with clams, good stuff."

What is your greatest/most exciting culinary failure?
I've caused a number of dramatic fires, for sure. Particularly memorable was a big oven fire from an overflowing apple cake that I was baking for my youngest brother's confirmation party. Around 10 minutes before everyone was coming over, it filled the whole house with billowing black smoke. In spite of it being March and about 15° F out, it took a lot of fans and open windows to make the house habitable for our guests.

Makes about a dozen

For the lemon-ginger curd filling:

LInnea L. December 10, 2017
I see that you are Norwegian. Is there a resource for Norwegian recipes? I am on Norwegian descent, and most family recipes were lost. Have you ever had Flutegrute (don't know how to spell it)? It's a dessert made from cream AND sour cream. Cooked on the stove. Drizzled then with melted butter. Since you say you love dairy, I thought you might have. The only thing not dairy (as I recall) is the sprinkling of cinnamon you put on top for serving.