Panzanella like Renaissance Painters and Emiko Davies Make It

Today: We interrupt our regularly scheduled content to bring you the next in our "Meet Our Contributors" post—Food52's version of show and tell. We're asking some of the voices behind your favorite columns to share a recipe that represents them (and explain why). Here, Emiko makes panzanella like the Renaissance painters did. 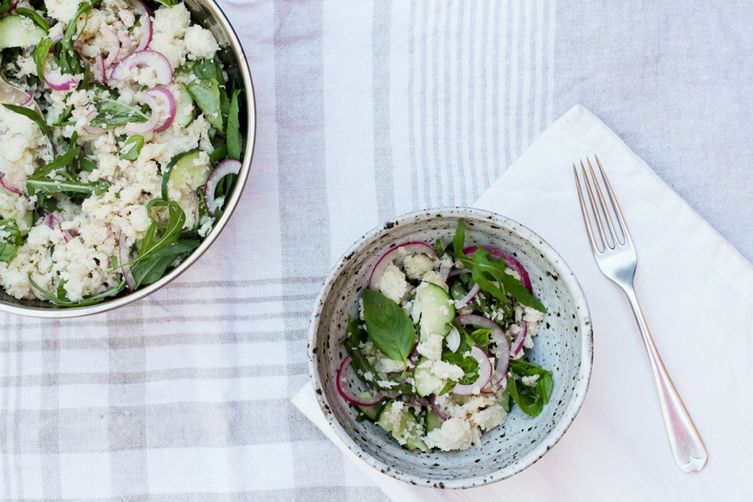 Tell us about this recipe—what about it makes it you?
Many may not know that I went to college to study fine arts and art history—it's what led me to Florence, where I've lived for seven years, in the first place. This recipe is based on a poem written by Bronzino, one of my favorite artists, so it incorporates my love of art history with food. It’s also a Tuscan recipe—more precisely a centuries-old recipe from Florence. Plus, it’s pretty much my ideal summer salad: fresh, fast, doesn’t require a stove (a blessing in the sweltering Tuscan summer), and makes use of ingredients that may otherwise get thrown out. 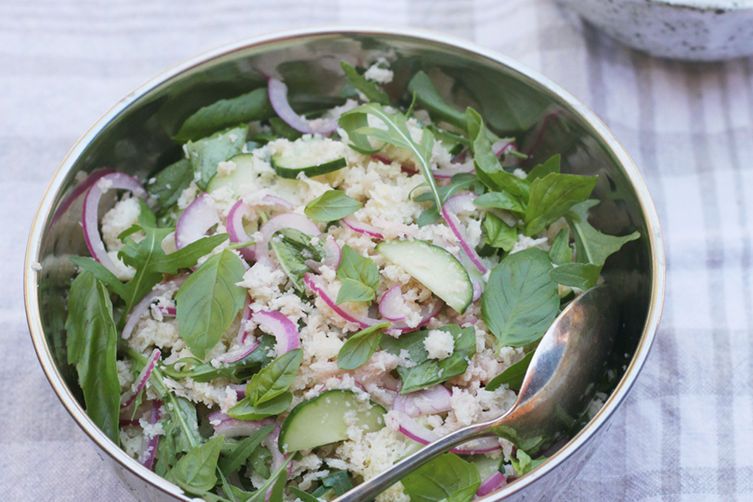 While you’ll often find this rustic countryside salad made with stale bread, ripe tomatoes, cucumber, onion, and basil, the original version did not in fact have tomatoes. The Italian peninsula didn’t get tomatoes until the sixteenth century (from the Americas via Spain). And for another century after that, since Italians were suspicious of tomatoes, they only used them as ornamental plants. During this time, the Florentine Mannerist painter Bronzino (a contemporary of Michelangelo) penned a sort of recipe-poem about a dish that in all ways resembles a tomato-less panzanella, a dish he compared to a “trip across the stars.” It combined stale bread, arugula, basil, cucumber, and onion.

The key to this salad is the stale Tuscan bread, which should take up half the salad. It has an incredible consistency when soaked in water: Rather than becoming soggy, it holds its shape and springiness. Many non-Italian recipes for panzanella call for toasting the bread, but this is unorthodox and doesn’t produce the same results. If you can, plan ahead and buy the bread at least two days before you need it, perhaps even slicing it so that starts to dry out. 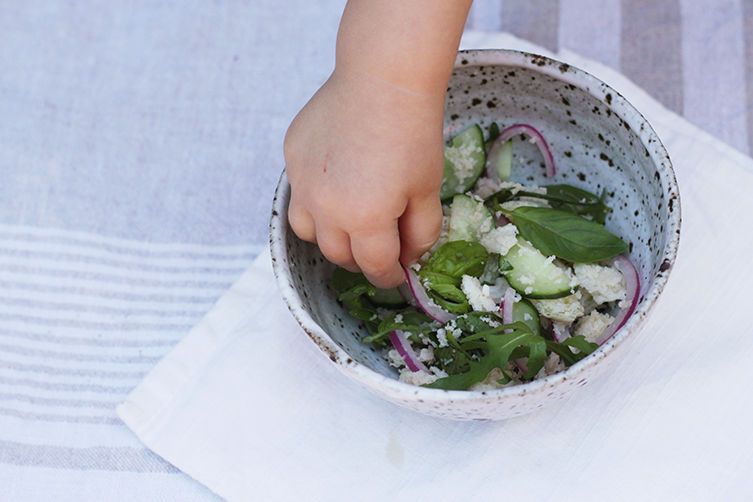 What is your desert island food (practicalities aside)?
Extra-virgin olive oil and some really good bread, if we’re talking basics. Add a spritz or a glass of wine and some barbecued fish and I'm in heaven.

What is your vegetable spirit animal?
I want to say artichokes, but only because they're my favorite. I think I identify more, though, with something like spinach: It's versatile, adaptable, goes with so many things, and spans different cultures and cuisines.

More: Emiko stuffs artichokes with capers and anchovies, and that is why we love her. 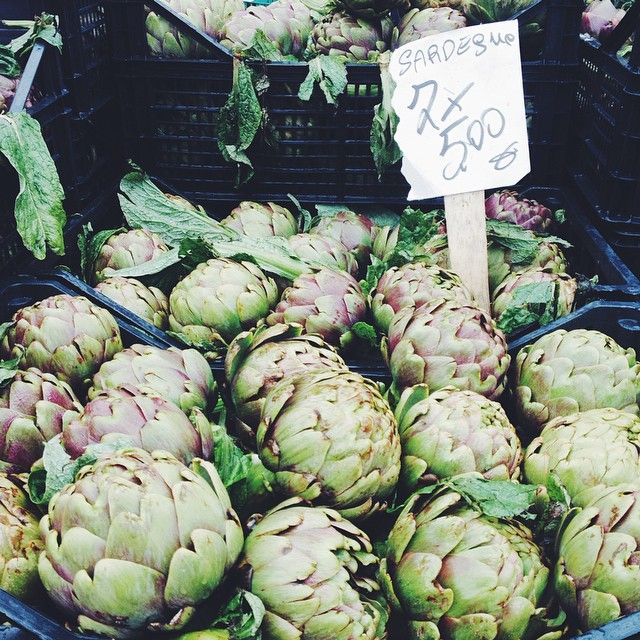 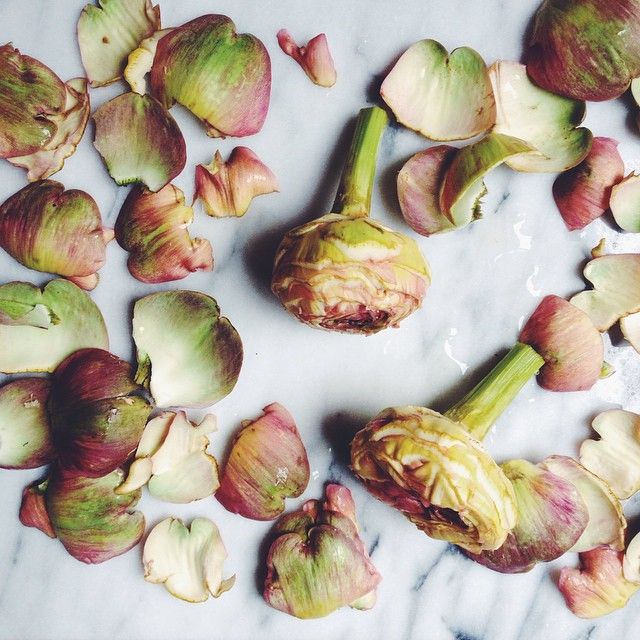 What is your greatest/most exciting culinary failure?
When I was recipe testing for my cookbook, there was one recipe that just wasn't coming together properly: gnocchi. I must have tested it about ten times before I almost scrapped it from the book completely. It went from too soft to too floury, and once it practically dissolved in the pot! But after a few tweaks, a few tricks, and even more testing and eating—my family was pretty sick of eating gnocchi—I finally found the foolproof, yet still traditional way to make gnocchi. 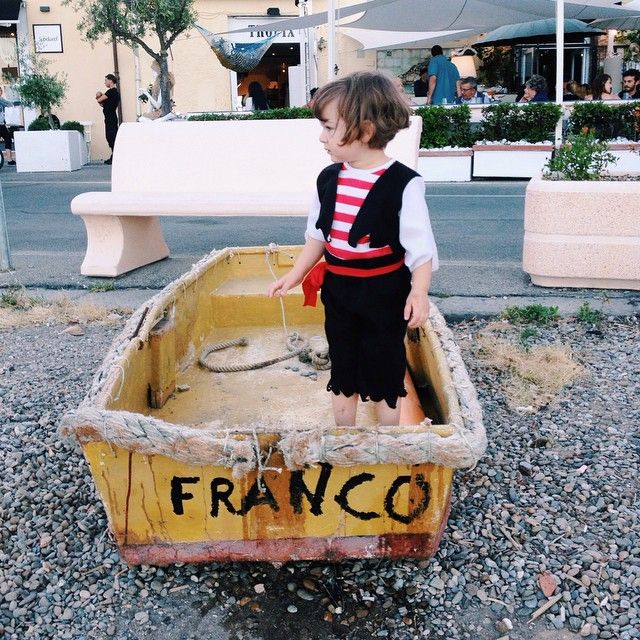 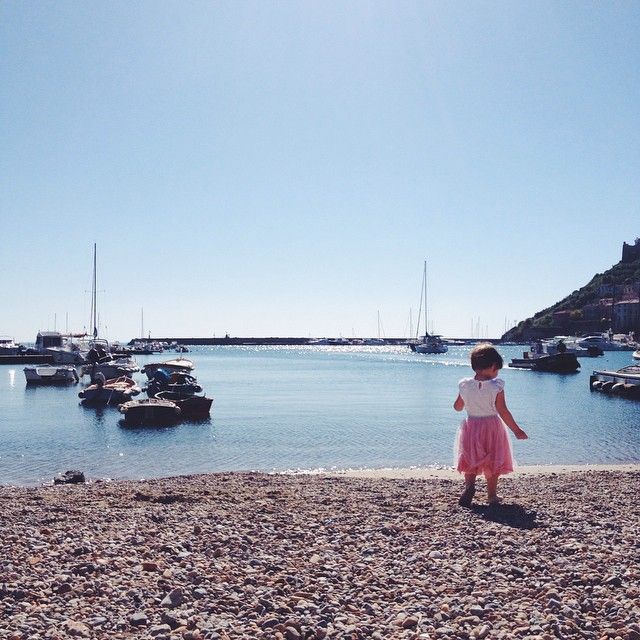