A Pie Worth Waiting 40 Years For

Today: When families blend, recipes evolve, and pie tastes better than ever. 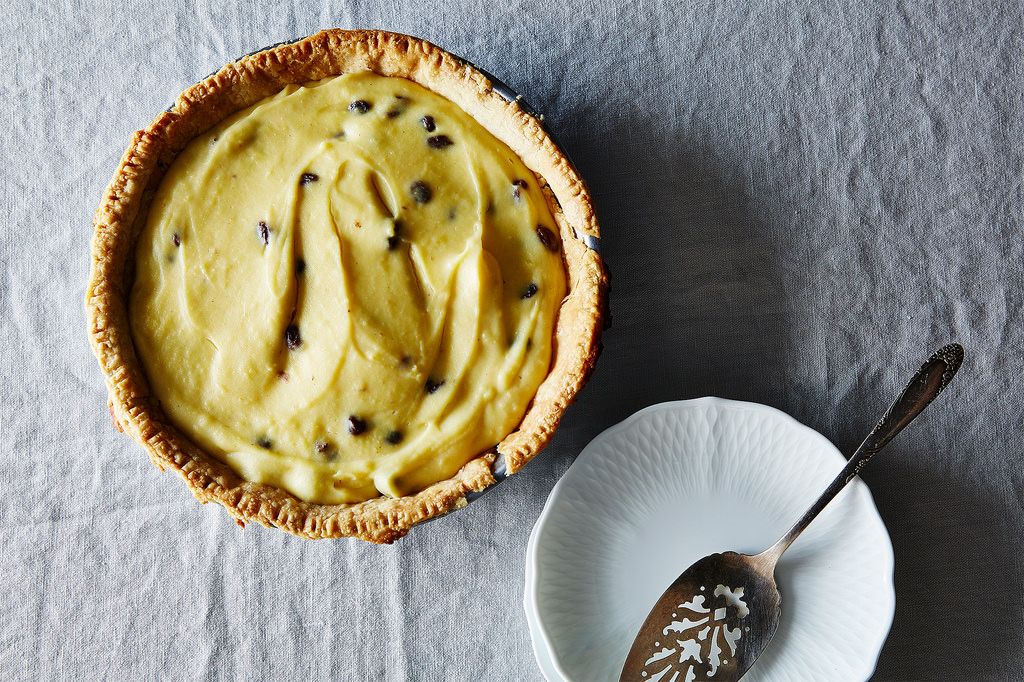 I grew up in a house where lemon-drenched salads and rich chocolate tarts were the norm rather than the exception; where my upbringing was strictly Pacific Northwestern (no meat loaf, no soda, no understanding of the importance of pie); and where everything changed when my parents got divorced and my mom met David, a textbook Midwesterner born in rural South Dakota.

When I met David, I immediately took issue with his misguided palate (which included a general disinterest in lemon and garlic) and his deep-seated desire to help me overcome my fear of the two-wheeled monster most people refer to as a bicycle. But then David let me try a sip of his Coca-Cola and I started to see that his culinary preferences weren't as terrible as I was ready to believe. 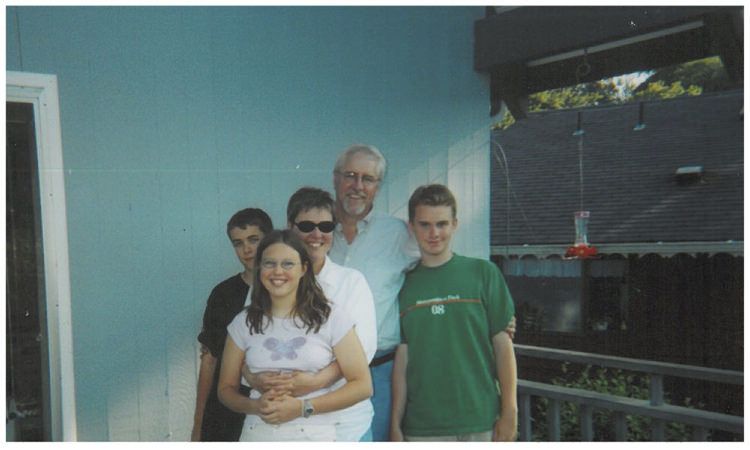 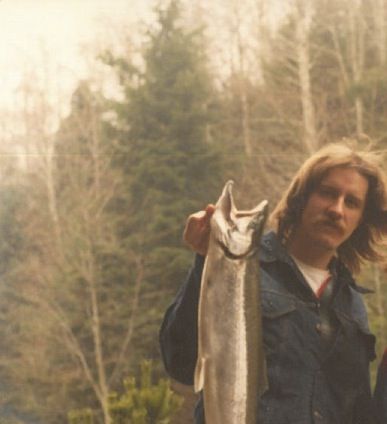 The day our families blended, David took over all of the cooking. While my mom and I retired our three-year streak of chips and dip, David quickly learned that it didn’t count as dinner unless my family's signature lemon-coated salad made it to the table. Dinner with David always involved stories about his fly fishing trips to Alaska, his loyal hunting dog Casey, and a pie he ate weekly when he lived in Naselle, Washington, a 400-person logging town at the mouth of the Columbia River.

This pie haunted David and he spoke of it frequently: When we watched the Seattle Mariners play ball, he would find a ways to spin it into the conversation. When my mom wove expert lattice tops, he would comment that there was no top crust on the Naselle beauty. And when we were in the midst of rolling krumkake for Christmas, he would sigh audibly and state, for all to hear, that he wished he could have just one more bite of Sour Cream-Raisin Pie.

To say that Naselle was a sleepy town would be an overstatement. The ‘dining scene’ consisted of two taverns and a restaurant named The Orange Tree. I adored The Orange Tree, the fact it was open from 4 A.M. to 2 P.M., the serious servings, and the swinging sign on the door prohibiting Corkies, or logging shoes. To some this sign meant taking off their spiked logging shoes before heading in for breakfast but, to me, it meant something else entirely: Three eggs, six slices of bacon, and a heap of hash browns. I was so content with these gargantuan breakfasts that for a long time, I managed to overlook the towering pie display. Finally, one fateful afternoon, I asked my server for a slice of banana cream; instead she took me under her wing and brought over a slice of Sour Cream-Raisin. As I held the fork in my hand, cream filling dancing, I lamented the lack of bananas and the thin meringue. But once I tried the pie, I knew: I’d been let in on a secret. I came back over and over again. The pie was so good I (practically) forgot about the bacon. 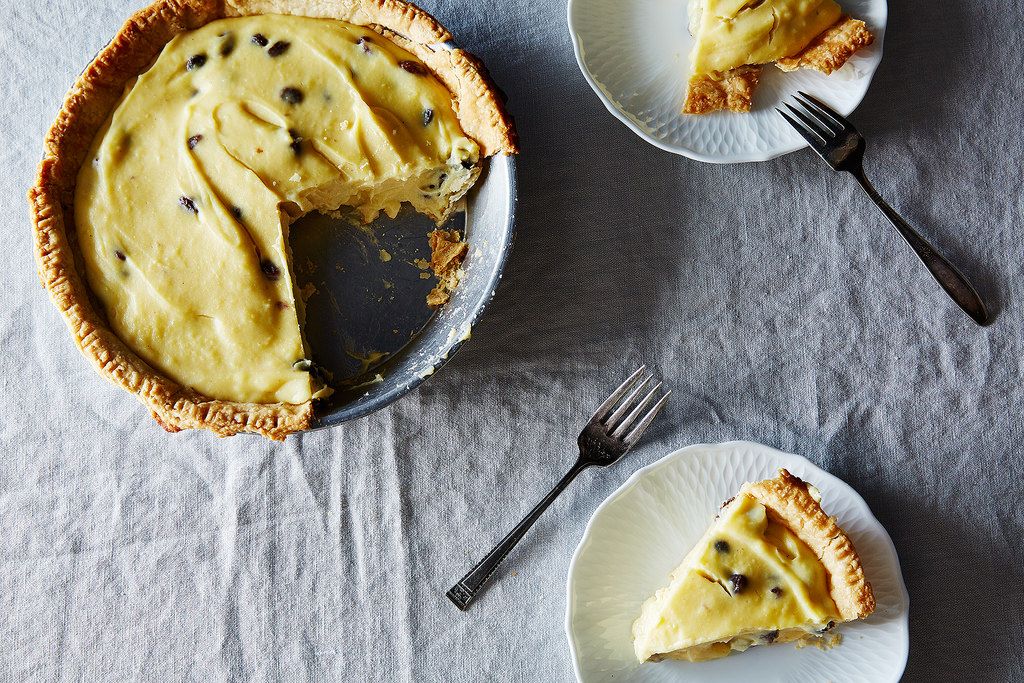 What was often left out of this elaborate dinner time reminiscing were the more concrete details about Naselle, like the fact that it is made up of a community of Finnish immigrants and that the last name Wirkkala is as prevalent as well-worn Corkies. And because the world is small and dreams do come true, ten years deep into this story, my mom took a job at OSPI where her co-worker bore the classic Naselle name. As luck would have it, my mother’s co-worker Angie Wirrkala had a family connection to David's favorite pie: Her grandmother, Marie Fauver, was the cook (and pie baker) at The Orange Tree—and my mom ended up with a handwritten recipe of the now-legendary Sour Cream-Raisin Pie.

The recipe was vague, lacking in step-by-step directions and precise measurements—How big is a handful? Were Marie's hands petite?—but my mom bravely went back into the kitchen to turn this storied dessert into a reality. It only took one day, five pies, and a very excited family to eat the results. One bite and we were sold—and secretly thankful for David’s persistent storytelling and his ability to live in a town where the entertainment was minimal and the pie noteworthy:

For the pre-baked pie crust:

For the sour cream-raisin filling:

See the full recipe (and save and print it) here!

Photos of pie by James Ransom; all others provided by Hannah Peteril

Johanna September 19, 2018
My grandmother always made sour cream raisin pie as well as raisin crumb pie. I still have the recipes. Sadly, my husband doesn’t like raisins.

Steven W. March 17, 2019
There's not stopping you from making one for yourself, is there? I hoe you do. Maybe share the rest with a neighbor?

Doug R. September 9, 2018
Several years ago, the husband of a friend of my wife was terminally ill. Toward the end, he want eating much, but was craving a sour cream raisin pie. She called my wife (aka, "The Pie Lady") who had never heard of it, but going through our collection of cookbooks, she was able to find it and he was able to have it a few days before he passed away.

Rhonda35 January 13, 2017
Love this story and look forward to giving the pie a go! I'm forever-interested in tales of favorite foods and how they are woven into the fabric of a family or community. PS - Like others who've commented, I'm also interested in your lemon-coated salad. :-)

KAM September 18, 2016
I'm hoping this is the one. I once (in the midwest) had a wonderful sourcream raisin pie, and have been looking to recreate it. So far, all recipes have fallen short of my recollection. Maybe this one is the one ... or maybe the time and place contribute to the memory so that it can't measure up :) I can't wait to try this one.

Susan September 17, 2016
My mother-InLaw in rural Missouri made this. She added meringue. Spongy meringue she made with cooked cornstarch beaten into the whites. Never my favorite, but my husbands family loved it. It was a special occasion pie. Brings back memories for sure!

Bob January 3, 2016
Beautiful story, tomorrow I have to try the pie.

Ida L. September 6, 2015
I was afraid the recipe was going to be horribly over the top but 3/4 cup sour cream seems doable.

Jennifer September 6, 2015
I grew up in a mining camp in Mexico. The Mexican-Chinese company cook often made raisin pie - which was actually not very much like this (I remember raisins floating in a gray gelatinous mass) - but was probably inspired by something like this. Can't wait to try this.

Scott S. September 4, 2015
Food blog reader from the apple.
That was a fun read.
Thank you, the story is perfectly balanced with humor and love.

lucy185 September 3, 2015
thanks hannah for the recipe. another follower mentioned pie crust cinnamon rolls. Is this recipe on the website?

Deborah September 2, 2015
I grew up on sour cream raisin pie and am now the one who bakes it at Thanksgiving. Going to give this version a try.

julianna K. September 2, 2015
It IS a wonderful story but I was hoping to hear more about the actual pie and folks who have tried it. I guess that will have to be me!

Sarah D. September 2, 2015
I loved this story and the pie sounds wonderful but I want to know more about your lemon coated salad!

1natalplum July 1, 2015
Best food related story since forever. I might even overcome my aversion to raisins to try the pie.

Hannah P. August 3, 2015
Thanks so much! You should really try the pie, it's 100% worth it and I don't even consider myself a raisin fan. The pie, however, is also great with currents and I'm sure the sky is the limit with dried fruit substitutions. I feel like chopped dried apricots could be really magical.

Ilse P. July 1, 2015
Amazing story, I felt nostalgia and excitement. Definitely I will try this recipe. Thank you so much

Michele July 1, 2015
What a beautifully written and intriguing story! I never in a million years would've tried this recipe, but after reading your intro, it's a must :)