A Picture Book About All the Places Home Can Be

We’ll be sharing about books that are worth taking a close look at for one reason or another. And we’ll ask you: What do you think about it?

Today: When a children's picture book is actually a work of art, even big kids perk up. 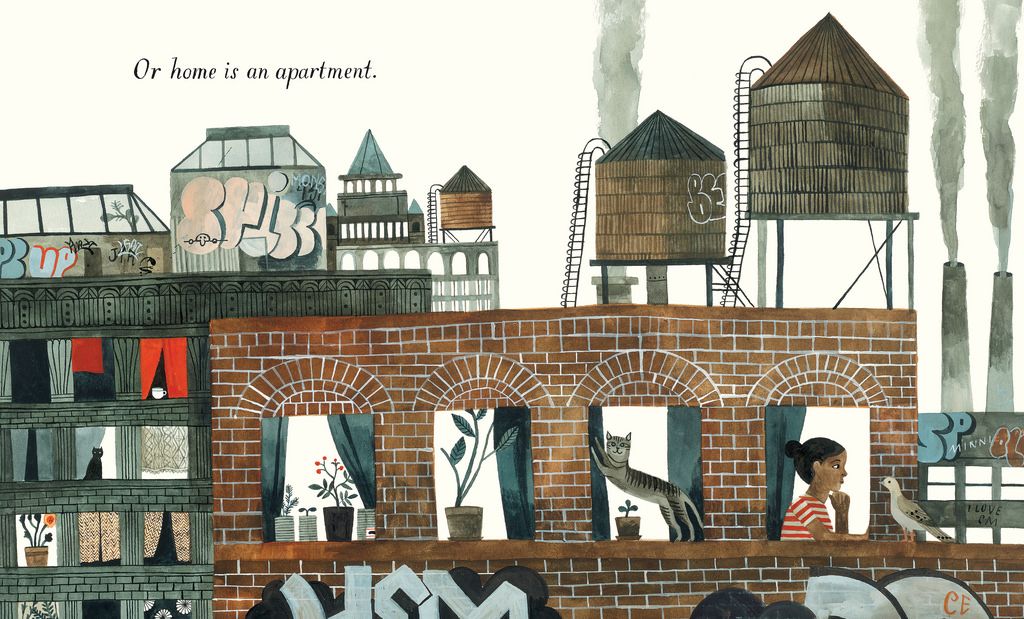 In the many, always rave reviews of Carson Ellis' splendid kids' book Home, the words themselves are often overlooked. This is for the very understandable reason that Ellis' illustrations, which sweep across whole spreads in brooding mauves and watery grey-blues, flecked with pops of crimson, are plenty stunning on their own—and behold tiny bonus stories if you look closely at each of them. A monkey on the boon of a boat, a child looking into a bowl and smiling, a teacup as tiny as a fingernail.

But the narrative of the book itself is a determined thing, as honest and inquisitive as a kid, and it's part of the artwork as much as the pictures (not in the least because Ellis hand-lettered every word herself). The book begins: "Home is a house in the country. Or home is an apartment. Some homes are boats." and goes on wandering from home to home, each example accompanied by one of Ellis' illustrations. The combination of her words and pictures is captivating and just whimsical enough, so that you can't help but get a little distracted while you read it (or, I imagine, have it read to you), thinking of places you've loved and all the homes that people might have. 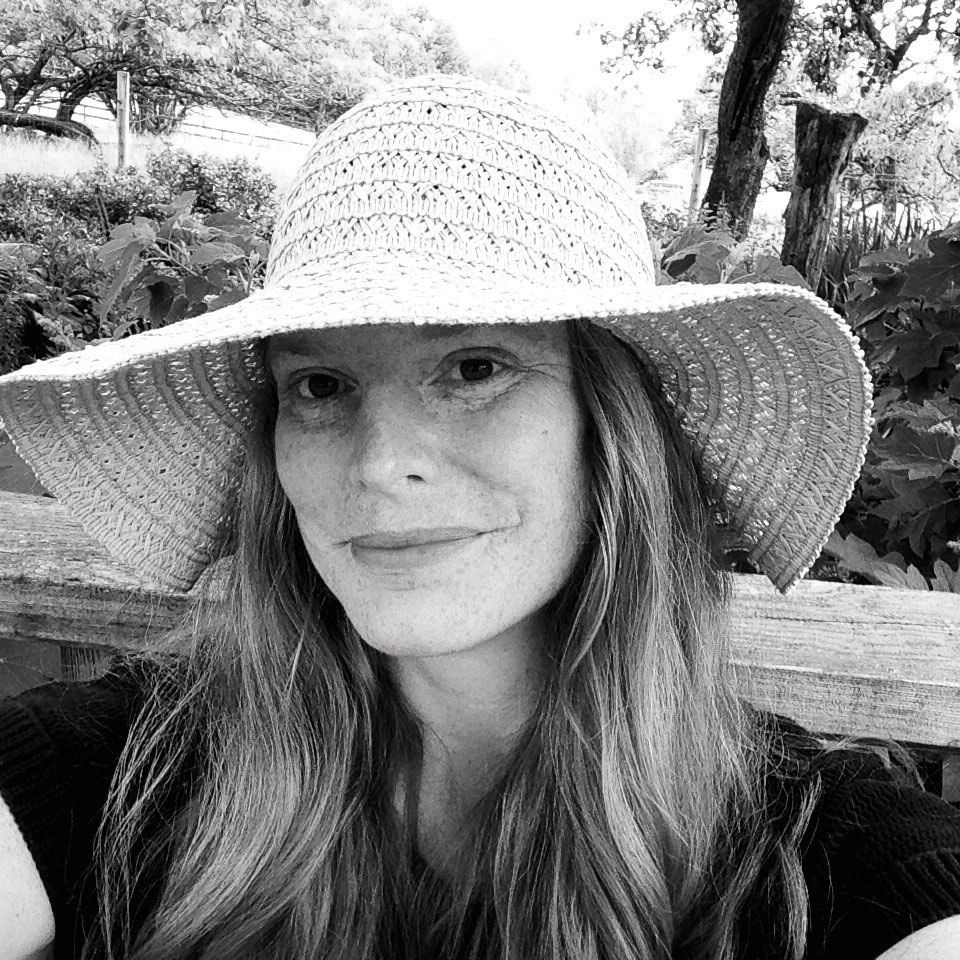 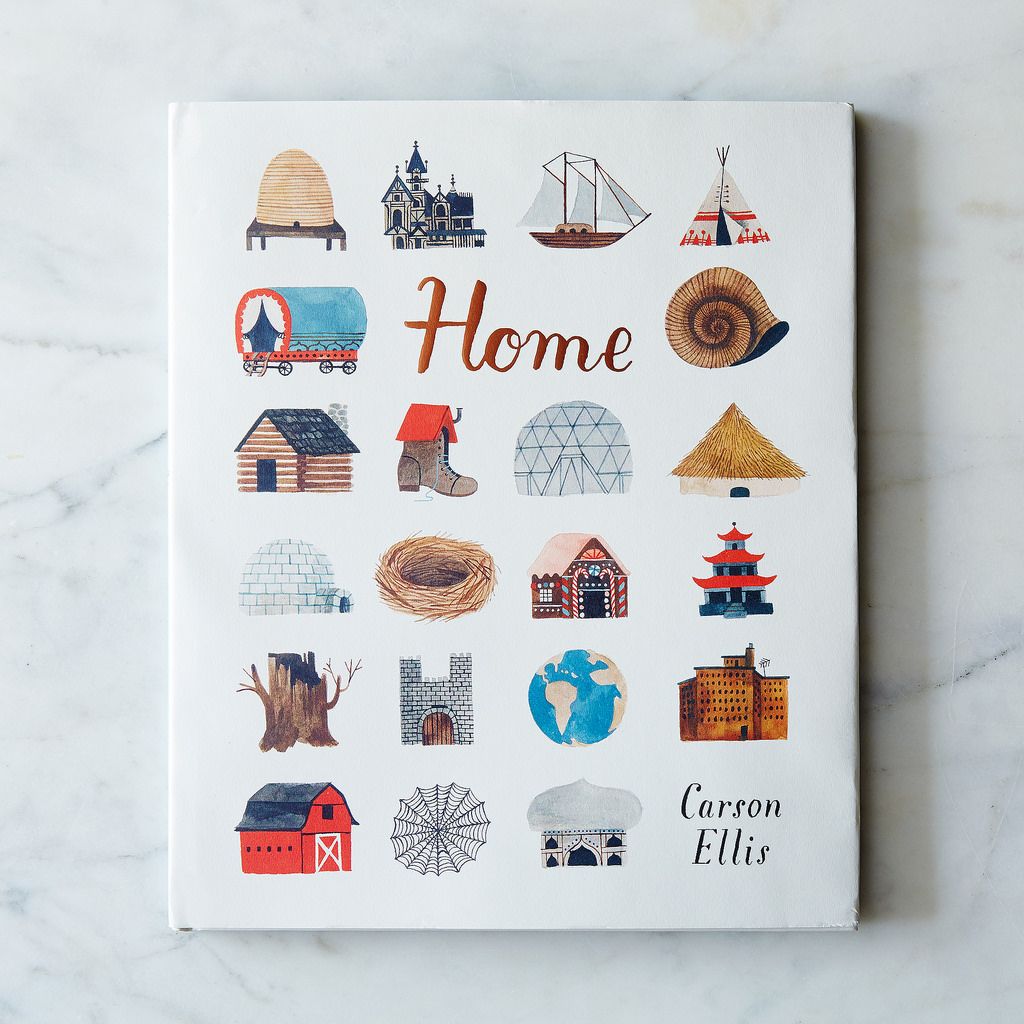 One of my favorite pages asks simply, "Who in the world lives here?" and on the next page "And why?" across a background of what looks like a Victorian manse built inside a force field on Krypton. "It's a good book for kids who love to talk," Ellis says when we speak over the phone, which is to say that it's the perfect book for kids. She has a two-year-old who loves to read it, and though Candlewick Press, the publisher, states the age range as 4 through 8, I can imagine most any parent would be relieved to pull it from the bookshelf at night. Thinking of home does not get old.

Home is the first book that Ellis both wrote and illustrated, so I asked her a little more about how it came to be. "I wanted to do something spectacular and novel," she tells me, as though we are daydreaming over lemonade like teenagers. This sense of wonder comes across, emboldened by her signature cache of muted colors, in every page of the book. "It's the palette I've always worked with since college: white, Prussian blue, Payne's gray, brunt umber, raw sienna, and cadmium scarlet," she tells me. "It's followed me through mediums; I moved from watercolor to gouache and my colors stayed the same." 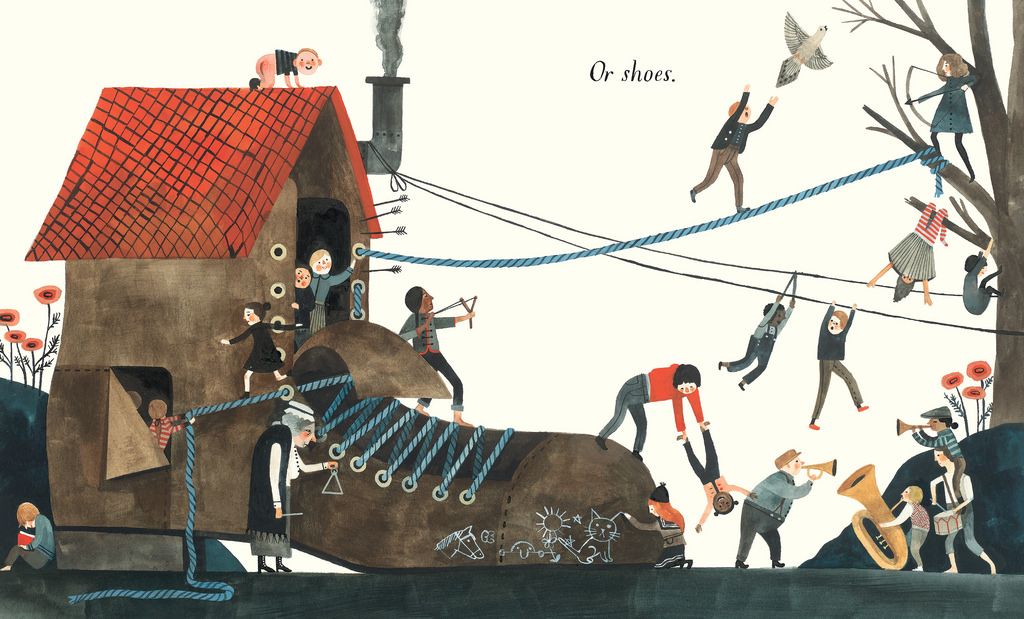 That medium—gouache—is interesting. "It's really similar to watercolors except gouache can also be opaque—more like acryclic. Those electric reds and black lines you see in Home, you can't make those with watercolors." The resulting illustrations, with dark solid edges and wispy, often textural washes between them, are a little bit like colorful drawings. Ellis is known for the look. She's the artist for the band the Decemberists, which you might have already realized if you've seen any of their album art or posters, and collaborated with her husband, author Colin Meloy, on the award-winning Wildwood Chronicles.

Consistently, Ellis' illustrations are the drop everything kind of beautiful that will make you wide-eyed, which is especially good news when they're printed on oversized book pages you can hold in your hands (and resist the urge to slice out and hang on the wall). In Home, there are 17 illustrated spreads—and Ellis talks about writing and illustrating them like it was nothing: "Home was really easy to illustrate and come up with and draw because I knew what I wanted the book to look like. I showed tiny sketches to my editor, then went back and did them in black and white gouache, and finally used a light board to transfer and color them."

During our call, Ellis' parents arrive at her house in an R.V. (it's the day before the Fourth of July) and one of her kids comes running up to her in a flurry of excitement about the vehicle. "Yes, I know, isn't it wonderful?" Ellis tells him—she's talking about the R.V.—and I can tell they've got a pretty good grasp on this home thing.

First photo by James Ransom; all other images from HOME. Copyright © 2015 by Carson Ellis. Reproduced by permission of the publisher, Candlewick Press, Somerville, MA.

AntoniaJames July 13, 2015
Another beautiful children's book about home and a few other things:

The Iridescence of Birds: A Book About Henri Matisse, by Patricia Maclachlan and Hadley Cooper. One of my favorite books, in any genre, in a long time. ;o) P.S. It's also very much about parenting, and love.