What to Do When You're Feeling Useless in the Kitchen

Cooking with friends can be great fun, but how do you help when everyone has a task but you? 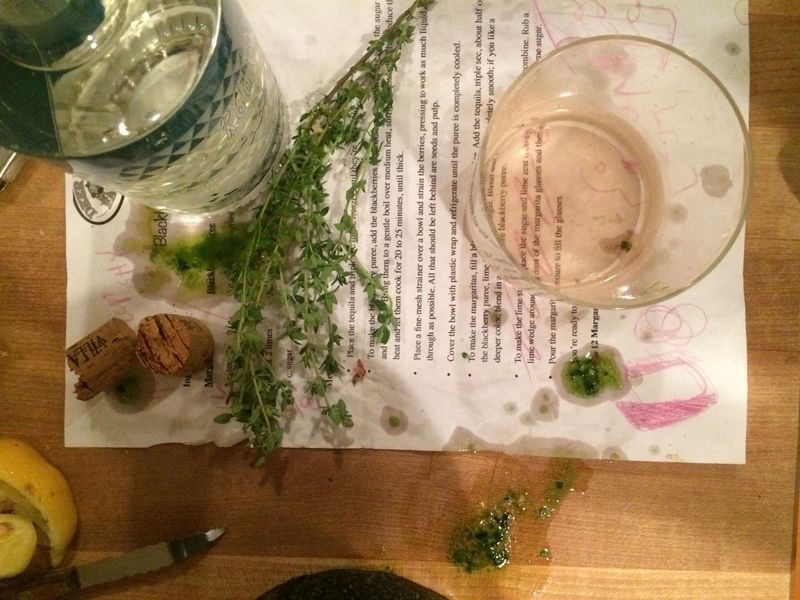 The makings of a bang-up sauce.


When our editorial team cooks together for fun, it's usually in a flurry of chopping, sizzling, and on-the-spot recipe developing: "Here is half a head of cabbage! Who wants it?!" An arm extends and soon, there will be slaw. In these scenarios, as the home editor, I tend to take a back seat to the food editors, who can magic any vegetable into sweet, slippery perfection with a few flicks of the wrist. Somebody please give me a task, I say repeatedly, walking in circles with a very full glass of wine.

This weekend, we had one such night. There were no fewer than three salads in motion ("vegetal" Sarah declared the dinner, upon sitting down to her plate) and one drunk beer-can chicken. I offered to chop vegetables for Riddley's panzanella, but she "had it," and I did manage to help truss Leslie's chicken with a long green onion (thank you, thank you). In the lull that followed, Amanda Hesser's words from our podcast rang clearly in my head: Make sauce. 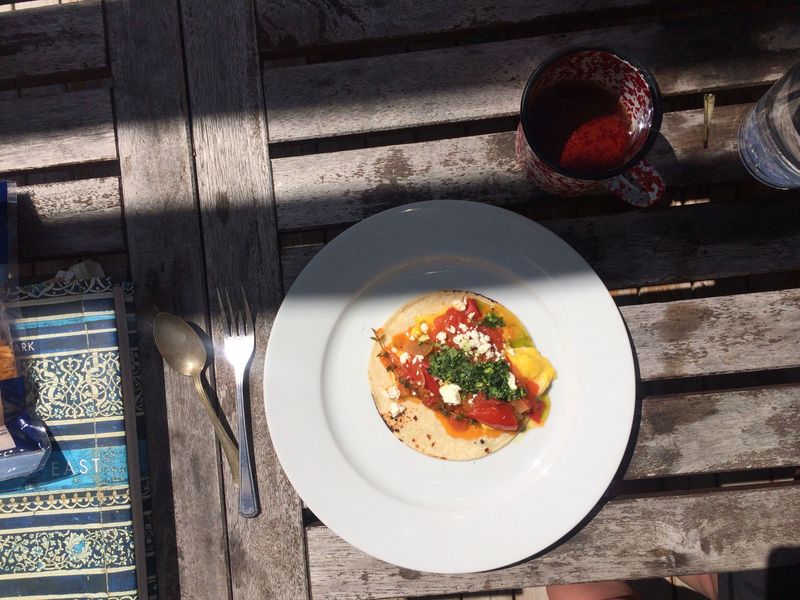 Sauce made an encore appearance over breakfast.


It was late and there had been Budweiser, and maybe I remembered Amanda's edict somewhat less than verbatim—so this wasn't going to be a classic iteration of her back-pocket salsa verde. I snatched a garlic clove off of Kristen's cutting board (she was testing a Genius Recipe), some discarded broccoli leaves, a handful of almonds, a sardine (I think?), a few lemons from the previous weekend, and the olive oil. In lieu of these things, mayonnaise and mustard would have been good emulsifiers, and anything leafy, pungeunt, or acidic would have been welcomed at the party. But we made do with what we had.

This is the beauty of sauce! "You really cannot go wrong," Leslie (also down a Bud or two) assured me in her best Julia Child voice.

I started in a blender but broke the machine (that one button can be very complex), so I poured my sauce into a molcajete—though I was eyeing a cutting board if all else failed. A heavy hand with the oil made the sauce, for lack of a better word, saucy, and I never quite crushed the almonds—but we all agreed that this "soupa verde" made a great addition to Sarah's slaw, the many big chunks of broccoli stem and nut pieces in it be damned.

My learning is this: If you want to help in the kitchen but aren't really needed, find a quiet inch of counter, thieve some scraps, and make a sauce. No one will stop you and you, the underdog, will come from behind to win dinner (yep, claimed it). That night, sauce was a dressing. In the morning, we ate it over soft scrambled eggs and stovetop tomatoes, because the best late night shenanigans should always be rehashed over breakfast.

Riddley G. August 3, 2015
The soupa verde, the dinner, and the weekend were everything and more.

702551 August 3, 2015
Hands down the most helpful thing a taskless kitchen loiterer can do is clean. Nothing else comes remotely close.