The Sandwich That Makes Me Feel at Home in New York

A sandwich—and a place—that makes the case for putting down roots. 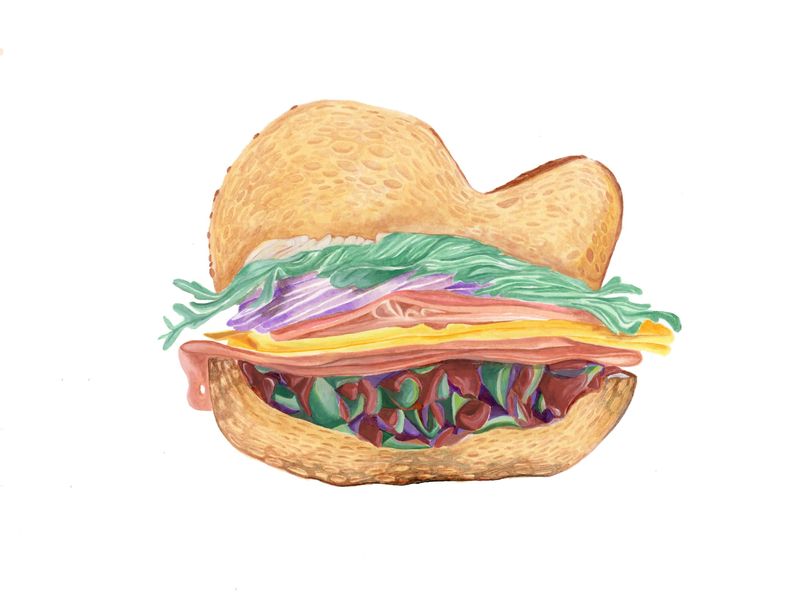 A cross-section of the Italian Combo from Court Street Grocers.

Finding home in New York is finding your spots—the places where you become a regular (or aspire to be one). Claiming a spot as your own in a city covered in other people's footsteps is an inch toward setting down roots, toward admitting you'll stay for a while. It might be always ordering a Negroni from the same bartender at the watering hole around the corner, or visiting the same butcher down the block every week for a whole chicken. Maybe it's as simple as the same patch of grass in Central Park where you can almost, almost still see the indent from last weekend's picnic.

But, for me, that place is Court Street Grocers, and it's because of their Italian Combo. Well, maybe not just because of the sandwich—it's also where the shop resides: on the lower half of Court Street in Carroll Gardens, Brooklyn. It's a part of the neighborhood where, somehow, you get to know the business owners quickly, people generally smile instead of scowl, and you can become a part of the community's fabric in a way that's not always easy in the city. (And the owners, Eric Finkelstein and Matt Ross, are pretty cool, too.)

But back to the sandwich. Here are four things that make it my favorite stack of meat, cheese, vegetables, and bread in New York—and what it teaches us about making a good sandwich at home:

1. Do not underestimate bread. 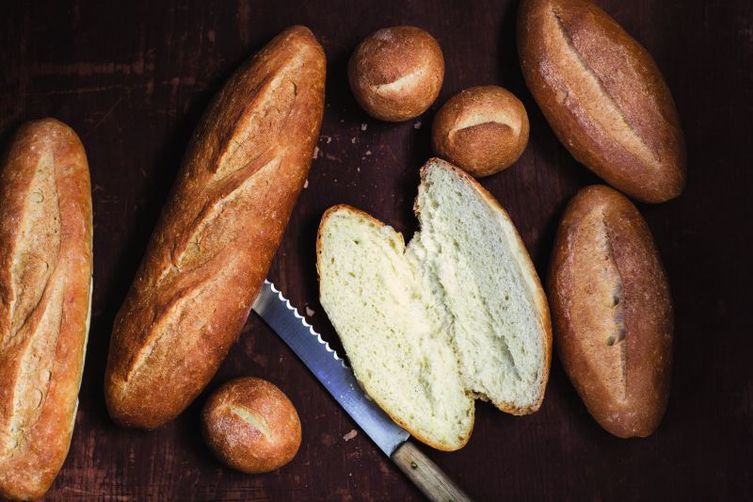 The bread at Court Street Grocers varies by sandwiches—but to me, the Caputo's hoagie roll embodies what Eric calls "bread clouds." In Eric's words, you want your sandwich innards resting on bread clouds: soft-ish on the inside and a little crunchy on the outside. Caputo's roll is just that—not too crusty nor soft as a basic loaf, with a seeded top and malleable crumb. (Caputo's has been around for over a century, serving up other neighborhood favorites like lard bread and olive loaf.)

More: Bake bread every day with these 10 essential tools.

2. Make sure there are pickles. 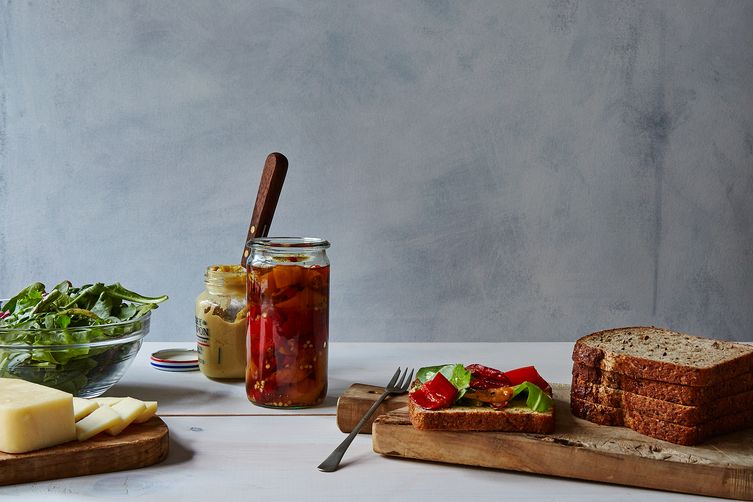 Pickles are essential for both texture and acid in a sandwich, Eric tells me, which are both super important when you're building the Italian Combo. The pickle relish spread could consist of any number of things: peppers, jalapeños, zucchini, ramps—even blueberries. Pickles are like your moody best friend: They're a little hard to predict, and they might drop a big bomb on you at any given time, but they're generally reliable when you need them most. 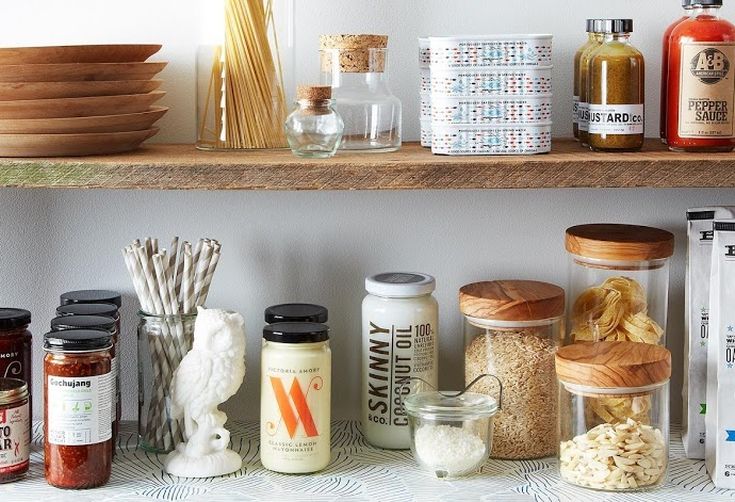 Don't play like you've never had an underdressed sandwich. You take a bite, gulp it down, and—nothing. Nada. No zip, no creaminess—just straight meat on cheese, even when you ordered mayo, vinegar, and three types of mustard. Sandwiches need more slather than you think, and the Italian Combo never, ever gets this kind of sad treatment. Mayo makes the base—you'll be hard pressed to find anything other than Duke's at CSG—and the whole thing gets a healthy drizzle of red wine vinagrette at the end.

More: If things get too messy, here's the way to eat what's left (bowls are involved). 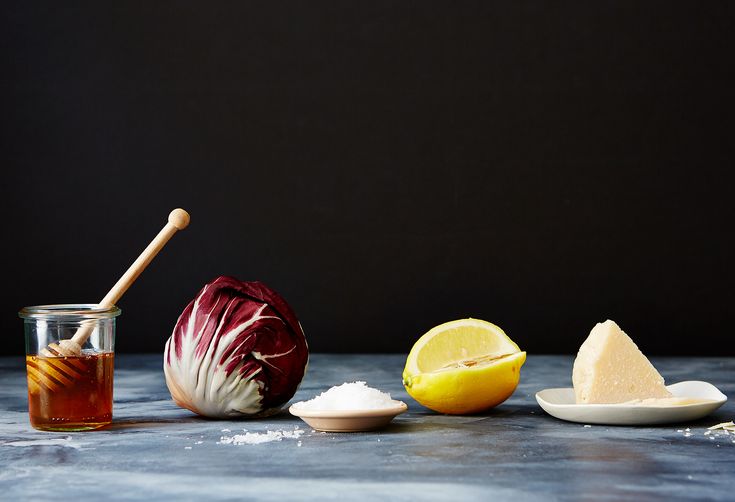 Funny enough, Eric says, if you use the best quality ingredients available as every component of a sandwich, you are almost always going to come away with a sandwich that is off-balance. The Italian Combo's ingredients are so flavorful that Eric says "it's probably 80% bread by volume" to counteract, and that they use slicing mozzarella and Swiss cheese instead of provolone because it overpowered everything else.

But it's not just the ratio that needs balance, it's temperature and texture too. "Our reuben, for example, has cold sauce and cold sauerkraut. We tried it with all hot ingredients, but the sauerkraut became too prominent and the sauce lost its body and sweetness," Eric explained.

I'm the kind of person that comes back to the combo without fail, to the hoagie and the thinly-sliced cured meats, the pickles and the bread. It's my old standby dish—and it always makes a good case for going home.

Amanda August 27, 2015
It's all so true! I never thought of the balance of temperature in that way either. Good read. Really feel like a sandwich now.

Annada R. August 25, 2015
Thank you Samanths, for tackling an issue after my heart. Can you imagine what happens to a vegetarian sandwich? Rarely have I NOT felt like weeping with disgust or screaming with anger. You pointed out so right that "sandwiches need more slather than you think..." My answer to bringing mositure and slather to vegetarian sandwiches are chutneys made out of cilantro, mint, spinach, red bell pepper, nuts and many more.
Author Comment

Samantha W. August 25, 2015
The consistency is truly remarkable. Thank you for sharing this fine specimen.