Every other Sunday, we'll focus on one overlooked kitchen scrap and show you how to turn what would otherwise be trash into a dish to treasure.

Today: This ice cream is the pits. No, really—it's made with stone fruit pits. 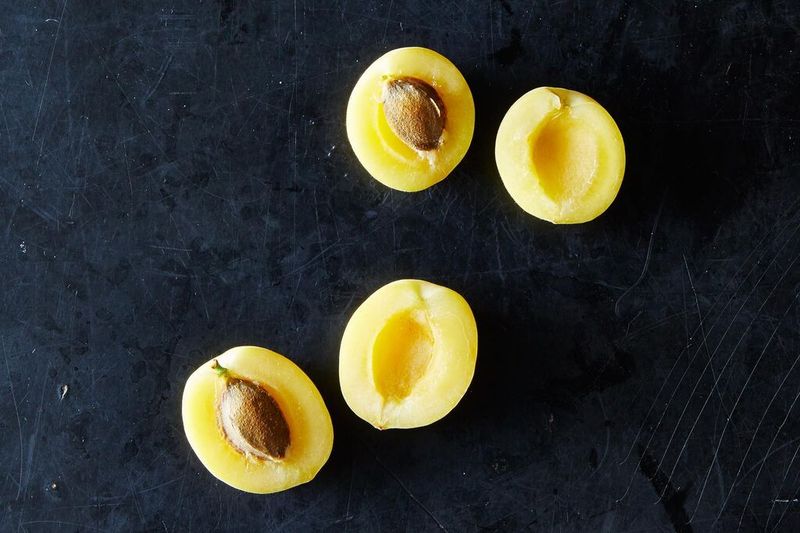 Stone fruit pits are one kitchen scrap that’s easy to toss in the compost bin without remorse.

But inside of those pits are the stone fruits’ seeds (also called kernels). And they are, in fact, useful—very useful. (Does the French word noyaux ring a bell? It refers to those seeds.) They can be added to jams; substituted for some of the almonds in cookies and biscotti; and used as a flavoring agent in liqueur, simple syrup, vinegar, and desserts like crème anglaise—and today’s ice cream recipe from Amanda Hesser.

Amanda originally shared this recipe in the New York Times, and I heartily recommend following her suggestion of asking dinner party guests to guess the flavor. They’ll say almond, because the ice cream flavor is incredibly similar to almond—it will make you think of almond extract, but not in a bad way. It’s like an amazingly richly-flavored almond extract, with a well-rounded nutty flavor and a slightly bitter finish. It’s delicious. 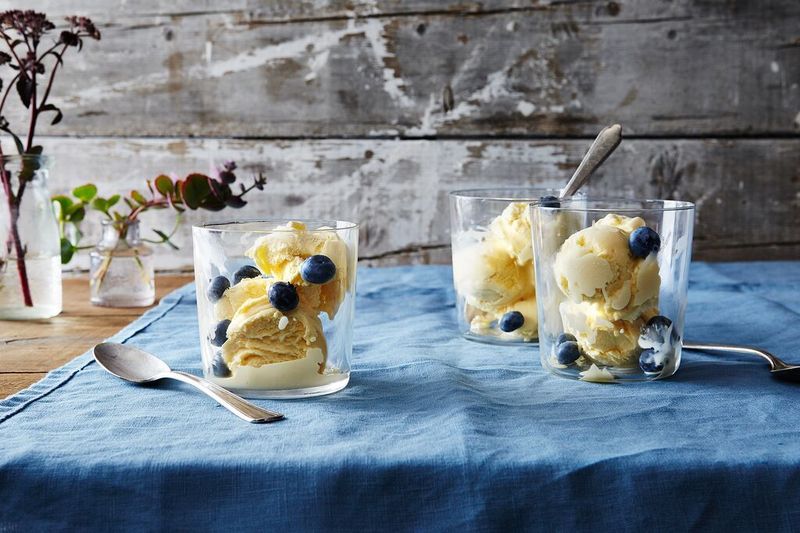 This isn’t an ice cream to make on a whim; you’ll need around 6 pints of apricots to get 50 pits. If you're buying fruit just for the pits, that would make this an expensive quart of ice cream. So plan to make this after you've finished a batch of apricot jam, or simply collect your pits and store them in the refrigerator or freezer until you get enough.

Amanda also notes that you don’t have to stick with apricot pits: The kernels of nectarines, peaches, and plums all work well, too.

You can use a nutcracker to get the kernels out if you are a patient, methodical person; everyone else should wrap the pits in a tea towel, set them on a sturdy cutting board, and whack them with a hammer. It’s extraordinarily satisfying to hear the pop when the pits crack open—though my cutting board did gain a little extra character in the form of subtle divots. 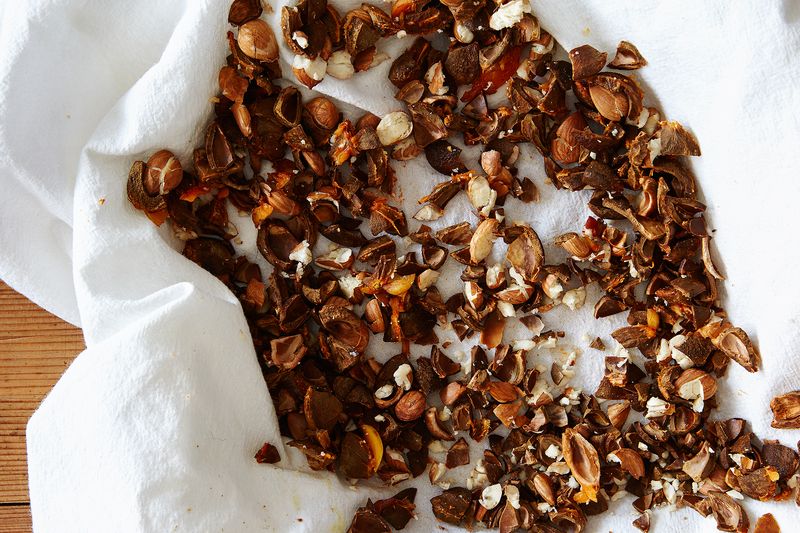 You’ve likely heard that stone fruit pits contain cyanide, and they do. A small handful of raw kernels could result in a stomachache—or worse. But this recipe has two steps that make it much less risky: One, you cook the kernels—simmering them in milk, twice—which reduces or eliminates the harmful substances. Two, you don’t actually eat the kernels: You use them as an aromatic to flavor the milk and cream, and then you strain them out.

If you're still worried about it, take a pass on this ice cream—but send me your pits.

Know of a great recipe in the Food52 archives that uses scraps (anything from commonly discarded produce parts to stale bread to bones and more)? Tell me about it in the comments! Thanks to Executive Editor Kristen Miglore for this one!

Mina July 28, 2016
No, I mean pits. If you look up pictures of peach pit and almond in a shell you can see the similarities. Just wanted to point out that it's not surprising that people find apricot kernels taste like almonds since they are from the same botanical family

Tracy July 27, 2016
Don't you mean pics instead of pits? Unless I am missing something.

Mina July 27, 2016
Almonds technically are not nuts but belong to the same family as apricots and peaches. You can see the similarities of an almond in a shell to a peach pit

aleeda July 27, 2016
Can't wait to try this recipe. I have been intrigued by apricot pits ever since I learned they are the source of Amaretto di Sarrono's flavor, not almonds. Alice Waters also has a recipe for Noyaux in her book, My Pantry.

Greenstuff July 27, 2016
Madeleine Kamman's wonderful book, Savoie: The Land, People, and Food of the French Alps, has a delicious recipe for liqueur de noyaux. You collect peach and apricot pits in a bottle of vodka throughout stone fruit season, let them steep, and add sugar. I have always assumed that her recommendation to use no more than one third apricot pits was because of the cyanide.

PHIL July 27, 2016
With all the talk lately here at Food52 about food waste, ugly fruit ,gleaning etc.. your comment further shows how people wasted nothing in the past.. every part of the animal or plant was used to extract nutrition and flavor. We take for granted how readily available food is to us now.
Author Comment

Lindsay-Jean H. July 27, 2016
I remember you sharing that before Chris (probably on a Hotline thread), and appreciate you doing so again -- I'm determined to try it out this year!

Lindsay-Jean H. September 6, 2015
Sticking with a normal serving size of ice cream should be fine. As noted above, this recipe has two steps that make it much less risky: One, you cook the kernels—simmering them in milk, twice—which reduces or eliminates the harmful substances. Two, you don’t actually eat the kernels: You use them as an aromatic to flavor the milk and cream, and then you strain them out.

Laura415 September 6, 2015
If the kernals are toasted or boiled for a short time it deactivates the toxin.

Laura415 August 24, 2015
Awesome idea. I made apricot kernel+blanched almond jam this year a la Christiane Ferber. I still have a bunch of apricot pits in the freezer. There is a liqueur called Ratafia made with stone fruit kernels I've always wanted to try. Apricot season is done on the west coast but there is still freestone peaches to be had:)

Captiosus A. August 23, 2015
No surprise, the apricot pit is sweet. I have eaten Apricot Pit Jam, so good.

amysarah August 16, 2015
Actually, the very common Amaretto liqueur and Amaretti cookies, which taste very almond-y, are made with apricot kernels, not almonds.