How does an idea for a recipe become a reality? Every other week, Elizabeth Stark from Brooklyn Supper will turn inspiration into dinner (and dessert).

Today: With help from seared lamb, za'atar, and Asiago, stuffed zucchini gets a long overdue makeover. 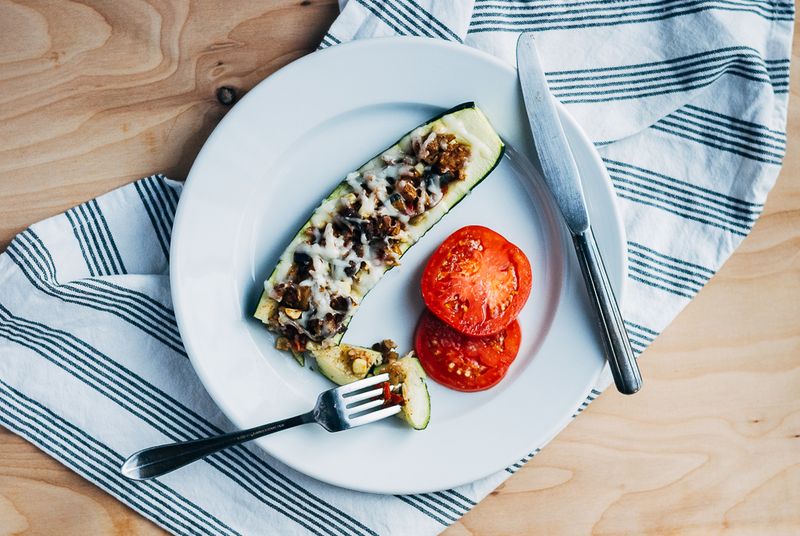 Looking at my kitchen, it was clear: I had a counter full of tomatoes and a fridge full of zucchini and peppers. Whatever I made, it needed to feature these ingredients.

I mentally mixed and matched the vegetables until I stumbled onto stuffed peppers. When I was growing up, my mom made a version with ground beef and rice tossed with some sort of flavor packet and stuffed into green peppers. In the oven, the green peppers, which weren't that great to begin with, wilted rather sadly and took on a sickly olive hue. I certainly didn't want that fate for my recipe, but was nostalgic for the flavors nonetheless.

More: Meet the happiest stuffed bell peppers on the internet. 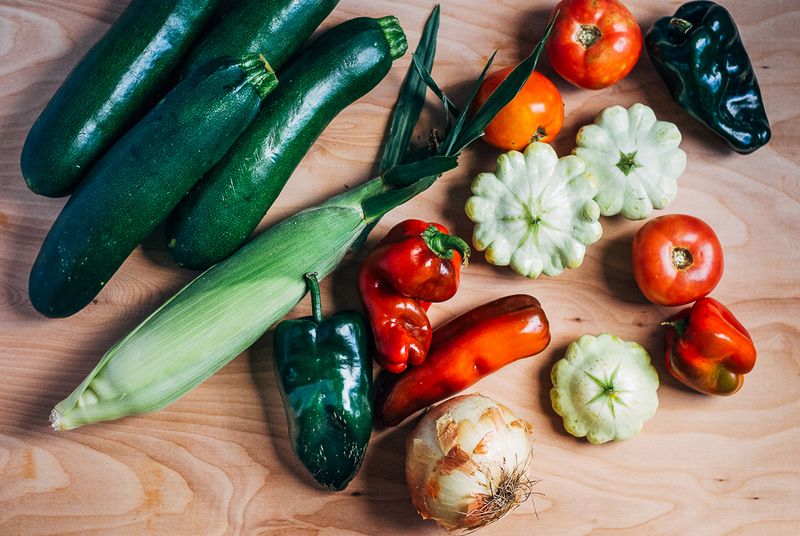 So in addition to my August produce, I added lamb skirt steak (an inexpensive but flavorful cut), brown rice, yellow onion, an ear of corn, a few pattypan squash (that I didn't really need but that were too cute to pass up), za'atar, and a hunk each of Asiago and Parmesan.

Before I began cooking, there was a moment of panic: Did these ingredients make any sense? I was stuck on the odd combination of rice, corn, za'atar, and cheese. It was a little crazy, but I rationalized it as a more sophisticated take on my mom's traditional recipe—even the za'atar was a highbrow nod to the taco seasoning packet she'd relied on. That awkward mix of Mediterranean and Cold War American cuisines was cool with me.

I sent the first round into the oven: tomatoes and red peppers stuffed with rice, cheese, and sautéed onion, peppers, zucchini, and squash and topped with more cheese. I filled zucchini with the same ingredients, adding seared lamb and using slightly less cheese. Once the vegetables were out of the oven, I found the filling mostly delicious, though heavy on the za'atar. The cheese topping had hardened during the long cook time and was tough and chewy.

On the other hand, I was happy to find the zucchini had undergone a fantastic transformation: They were tender, incredibly flavorful, and proved a sturdy nest for the vegetables within (unlike the neighboring stuffed tomatoes and peppers, which had collapsed and oozed all over the baking dish). 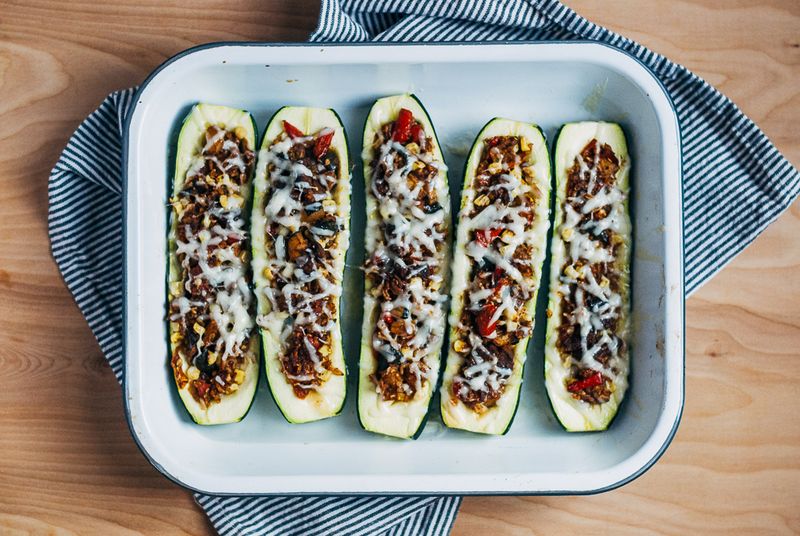 For test two, I was more methodical about my sauté, using caution not to overcrowd or overcook. The lamb hit the pan first for a quick sear, then I removed the meat, deglazed with a bit of sherry vinegar, and added the vegetables one by one: onions, garlic, peppers, and the remnants of the hollowed out zucchini bulked up with pattypan squash. I let the flavors meld and the vegetables soften before adding za'atar, the lamb, and cooked rice. I added the tomatoes at the last minute, giving them just enough time to soften and release their water. And because I wanted the corn to pop with sweetness and flavor, I tossed it in last.

Carefully, I spooned everything into the zucchini boats, added water to baking dish, and slid it into the oven. I added a modest sprinkling of Asiago at the end of cook time, pulling the dish just as it melted completely.

The second round was rewarding. I opted to stuff only the zucchini, and found that once baked, each vegetable in the filling remained distinct but flavorful. The lamb was tender and delicious, and the smattering of cheese added flavor and tied the dish together. Za'atar added depth of flavor, but this time it didn't overwhelm the vegetables or lamb. 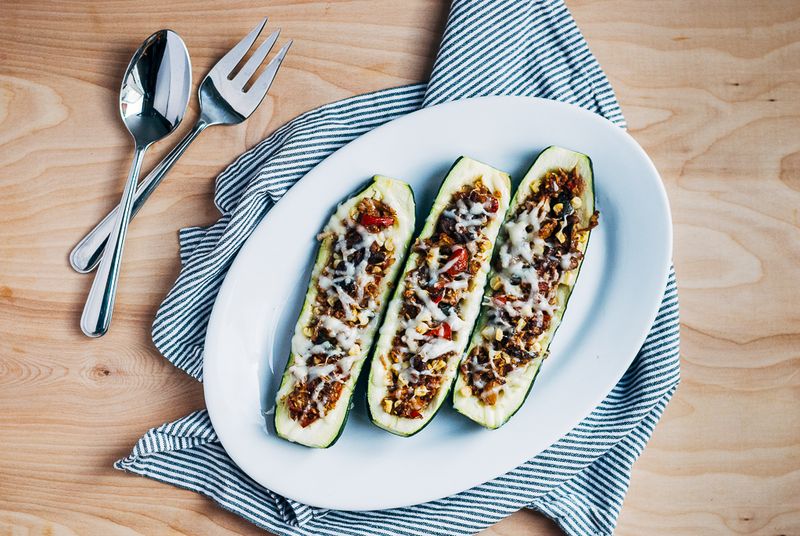 Zucchini Stuffed with Lamb and Vegetables

Annie S. August 25, 2015
I love stuffed veggies and always looking for new recipes. The corn, poblano and za'tar is a great idea. One of the farmers markets is tomorrow morning so I will pick up some squash. I had some leftover roasted eggplants last week and I used them to stuff red peppers and that turned out to be a good idea. ( You know how sometimes brilliant idea doesn't always produce brilliant result :/ )

NYNCtg August 25, 2015
I picked up squash at the market this morning to stuff. Great timing for this.