No beavers were harmed in the making of this Canadian fried dough. 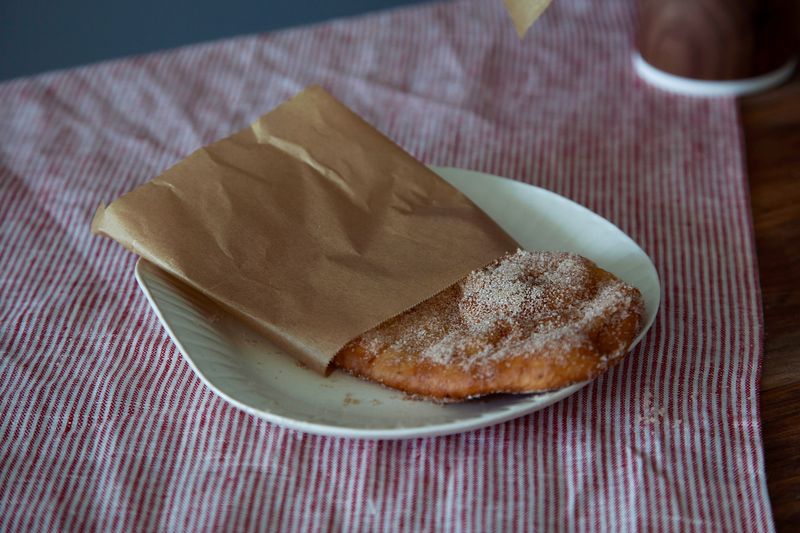 With another hot summer coming to an end, it's time to say goodbye to our annual state fairs and carnivals and to deep-frying just about anything we can, from funnel cakes to fried candy bars to fried dough.

But back up: Who said you can only get this stuff at the carnival? Today, I am bringing the carnival to your kitchen and showing you how to make my version of a beaver tail at home.

Don’t worry: It’s not a real beaver tail—it’s flattened fried dough, brushed with butter and rolled in cinnamon sugar. Beaver tails, also known as elephant ears, get their name from their large size and flat shape.

Beaver tails originated as a family recipe for fried dough, first sold at the Killaloe Craft and Community Fair in Ontario in 1978. In 1980, the family began a corporate business, opening the first store in Ottawa. Today, BeaverTails has franchises and licenses in Canada (including Quebec, where it is known as “Queues de Castor"), the U.S., South Korea, and Japan. (The following recipe is my interpretation of the Canadian treat and not the company's trademarked recipe.) 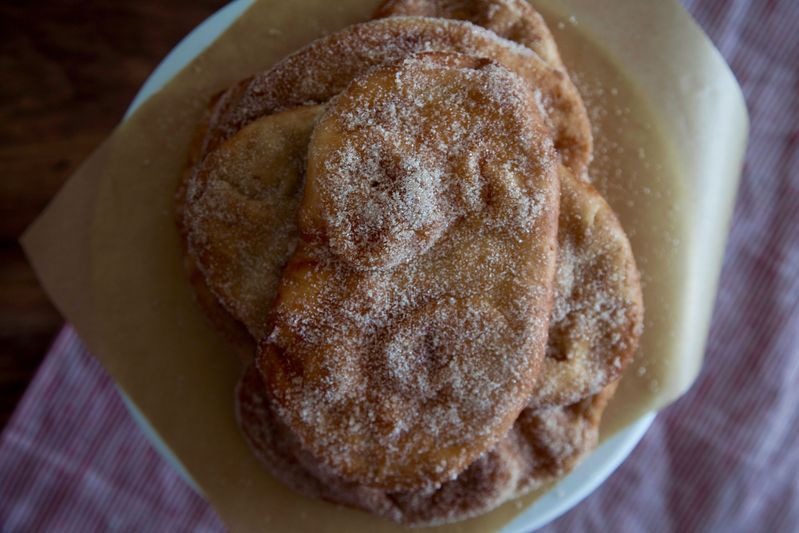 While cinnamon sugar is the classic topping, you can get as creative as you’d like! Top it with Nutella, whipped cream, crumbled cookies, peanut butter, caramel, or sliced fruit.

Celebrate making it through the dog days of summer by treating yourself to this classic fair food as one last final summer huzzah!

Note: The small amount of whole wheat flour is important for texture purposes.

In a large mixing bowl, add water, yeast, and sugar. Let stand for 5 minutes to allow the yeast to activate. If your yeast does not foam, start again (the water could be too hot or yeast could be expired).

Stir in whole milk, salt, vanilla, egg, and oil. Mix until ingredients are well incorporated. Add flours one cup at a time and mix until a dough begins to form. 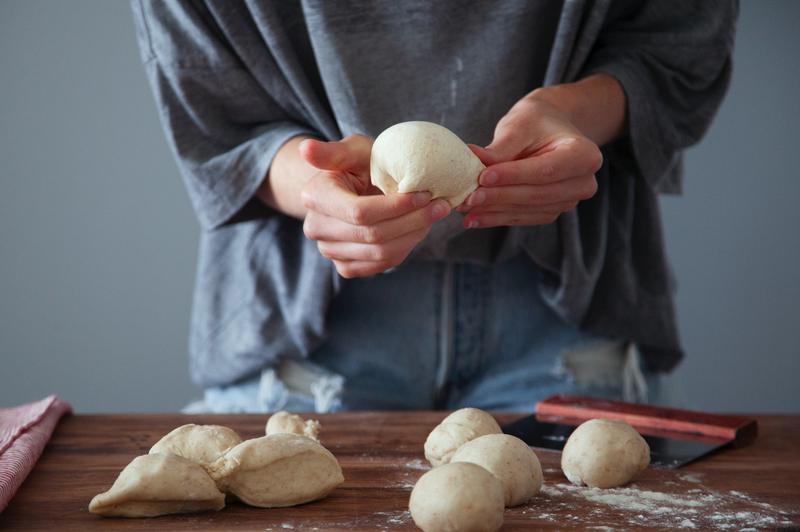 Turn dough onto a floured surface and knead for 8 to 10 minutes, adding flour as needed until the dough is no longer wet and sticky. Form into a ball and let rise in a covered, greased bowl for 1 hour, or until dough as doubled in size.

Once dough has risen, heat your oil to 350 to 375° F in a pot or frying pan that is high enough to allow the oil to be 2 inches deep. Meanwhile, place the melted butter in a bowl near the fryer. Mix together the cinnamon and the sugar and place in a bowl nearby. 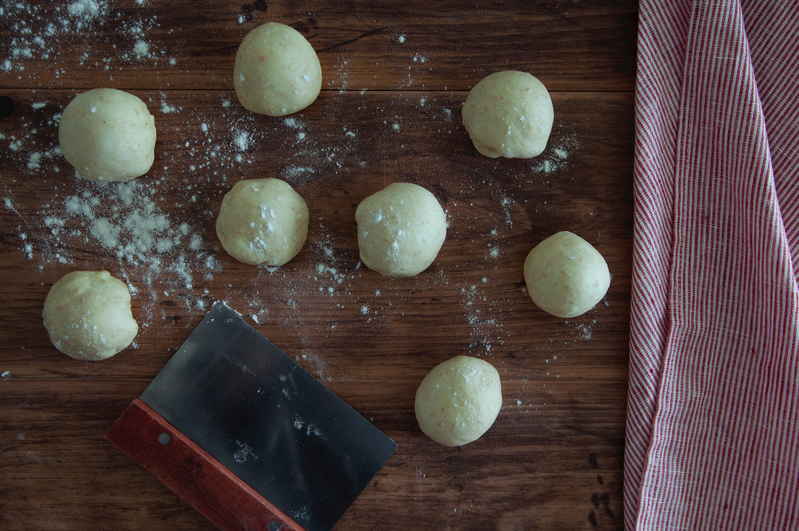 Cut dough into 8 equal portions and shape each into a ball. Roll out dough to into a flat oval shape that is between 1/2 to 1 centimeter thick. (The dough will puff up once it hits the fryer.)

Fry dough for 1 minute on each side, until golden brown, then transfer to a paper towel to drain excess oil. Brush with melted butter and roll in cinnamon-sugar mixture. Repeat frying the ovals, one at a time, until you have used up all your dough. 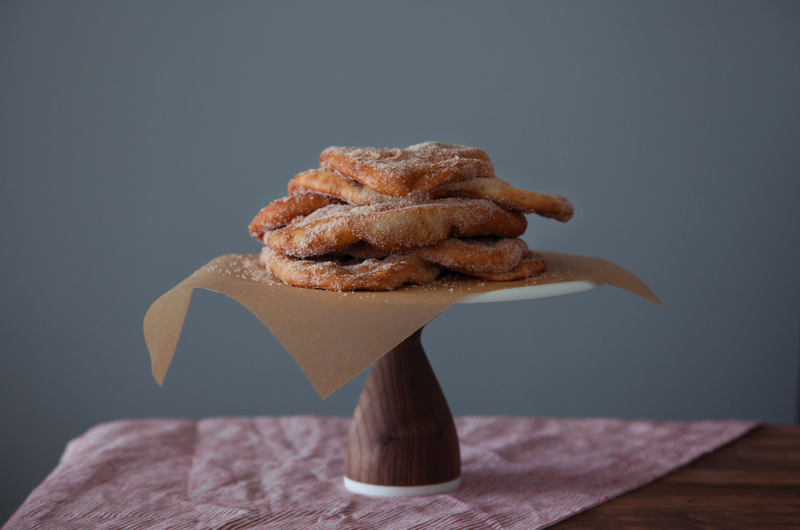 Close your eyes, pretend you are surrounded by ferris wheels and carnival games and take a bite into summer. 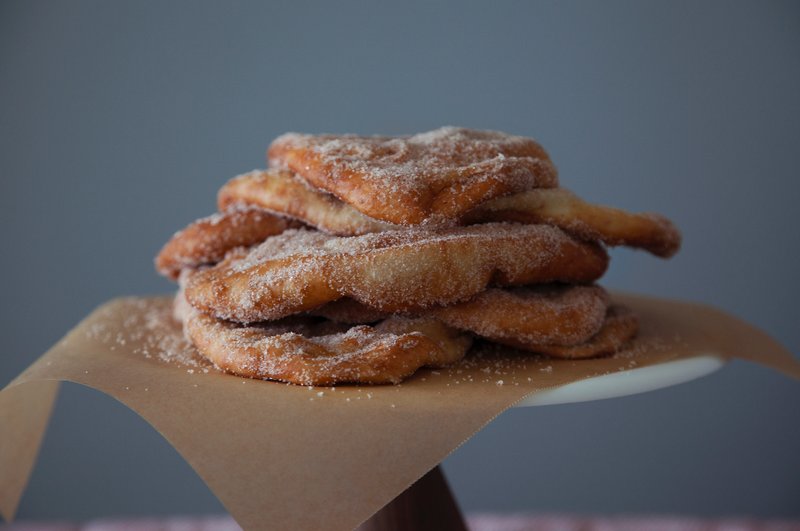 JulieQC March 7, 2016
Also good with a drizzle of lemon juice...thats how i usually order my queues de castor. not just summer food, although a tradition during local music festival, its great during winter carnivals with a glass of caribou :)

Brett A. January 24, 2016
These aren't summer food in Canada. This is winter food. This is "go skating on the canal, have a hot chocolate and a beaver tail" food.

heatheranne September 2, 2015
I love Beaver Tails. I don't deep fry at home, so won't make them, but will occasionally indulge when on vacation. I associate them with winter, though, not with fairs etc. A nice tail with some hot chocolate after skating (on the Rideau Canal if you want to get really iconic!) or skiing. Mmmm.

MK September 2, 2015
I was so excited to see this recipe! My daughter and I love town festivals, but for some reason "elephant ears" are hard to find. I am going to get a kick out of making Beaver Tails, as we will now call them, with her. Thank you.

Bella B. September 1, 2015
Sounds yummy! I feel like a bad Canadian for never eating these before.