Met with tomatillo soup failure, Elizabeth Stark turns to the two guiding principles of soup-building to find her way. 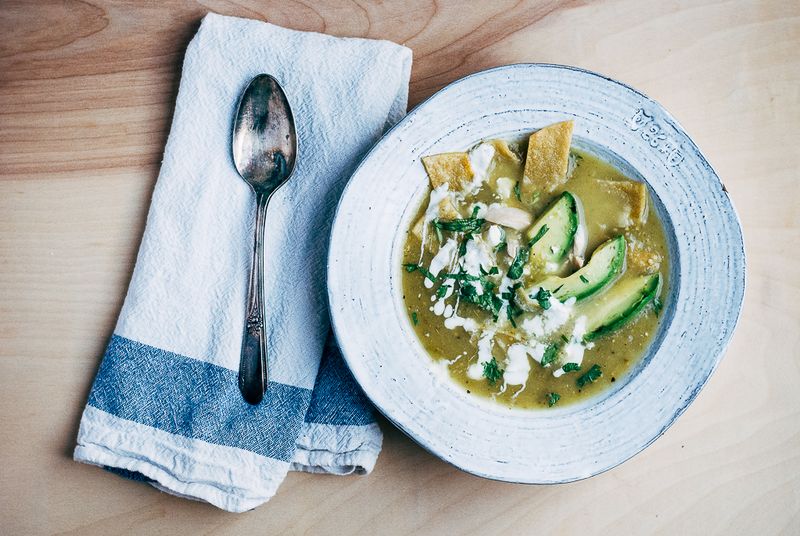 With the goal of spending a little more time on the porch with a drink and a little less time fussing around the kitchen, I set out to make a large batch of stewed tomatillos to serve as the base for several meals. I planned to first poach eggs in my tomatillo stew, sort of a green shakshuka, and for the next round, make a tortilla soup.

I approached the first batch as I would a traditional shakshuka, with sautéed onions, a mix of sweet and hot peppers, and the stewed tomatillos. The stew was a bit thick, so I added leftover vegetable broth. Then, I poached a few eggs in it. The resulting dish was far too concentrated—the tomatillos were gloppy and sour, and overwhelmed everything else. I hate when a dish is a complete flop, but I learned a lot: Tomatillos need a little coaxing to bring out the sweetness (or at least temper the tartness); the texture also needed work. 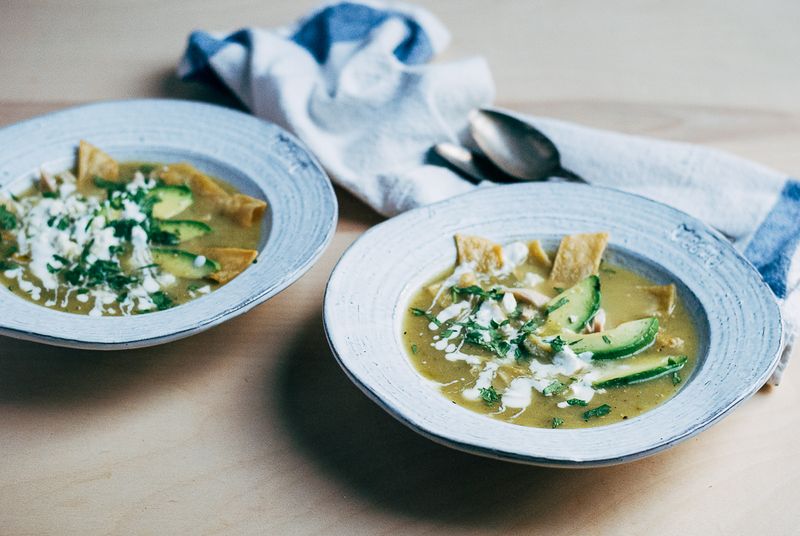 To improve the flavor, I returned to two guiding principles:

So the next day, I roasted a batch of chicken drumsticks and sautéed the usual suspects for a traditional chicken stock. I cooked my stock for a little over two hours—long enough for the meat to fall off the chicken bones. 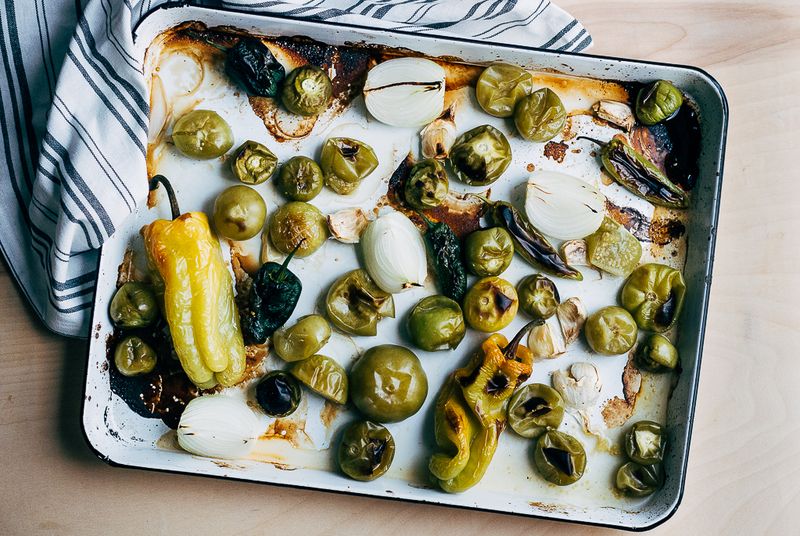 Next, I carefully roasted the vegetables under my broiler. I checked every few minutes (and any time the smoke alarm sounded, which was twice) and removed the tomatillos as they burst, turned the peppers as their skin blackened, and rescued any garlic on the verge of burning. 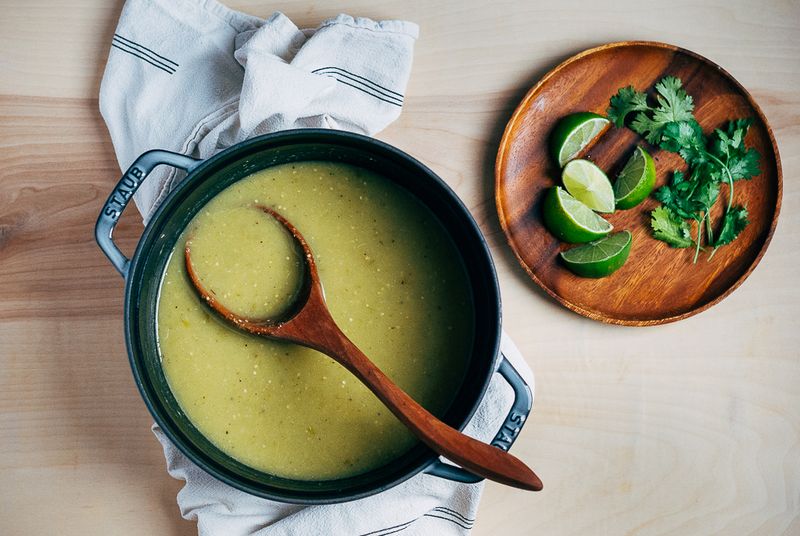 I scraped it all into my blender, along with the freshly strained chicken stock, and pulsed until the soup was smooth but still flecked with tomatillo seeds and bits of char. A quick taste told me I was on to something. So I poured the soup into a sturdy pot and heated it up.

Tortilla soup is as much about the toppings as the soup itself, and it nicely accommodates any of the following: fried tortilla strips, crumbled tortilla chips, sliced avocado, cilantro, crema, crumbled cotija, lime juice, corn, beans, or shredded chicken. I love the flavor of a hand-fried tortilla, so I made a batch. To this fundamental topping (it is tortilla soup, after all), I added bits of roasted chicken (leftovers from my stock base), sliced avocado, minced cilantro, crema, and cotija. Just before serving, I squeezed a lime wedge over each bowl. 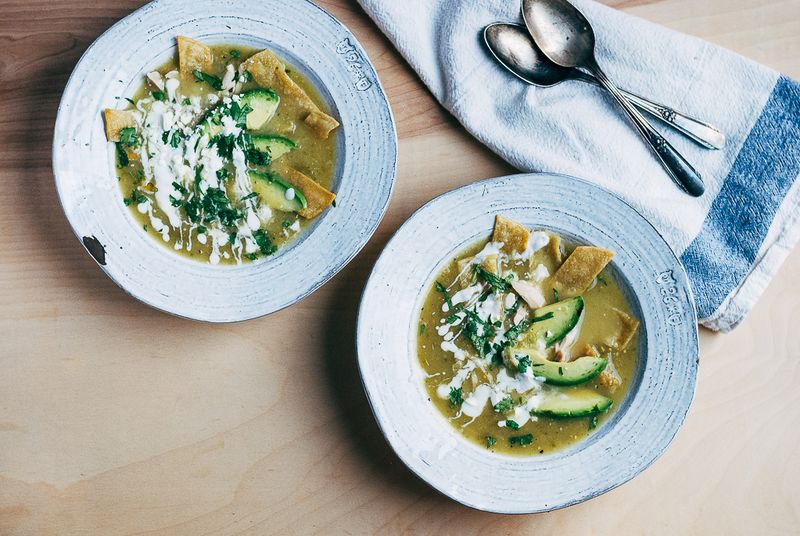 The soup made for a fantastic dinner—warming and rich, but summery too. The next morning, a couple of eggs poached in the leftovers were every bit as good as I'd hoped.

For the chicken stock:

For the tomatillo tortilla soup:

I_Fortuna September 28, 2015
I call mine "green soup". I have never had a problem with tomatillo as described in your recipe. I cut them and add them to the broth. I gather together mostly only green veggies that may be used in "Mexican" cooking. My soup contains not meat or fowl.
I use green onions, yellow onion, chayote, tomatillo, mild green chile peppers, and red tomatoes. It is more visually pleasing with the compliment of red in my opinion. A veggie broth or chicken broth is essential for any good soup in my opinion. : )