Straight From Tennessee, The Best Squash Casserole You Haven't Heard Of

You won't find this casserole in a "Southern-inspired" New York City restaurant. 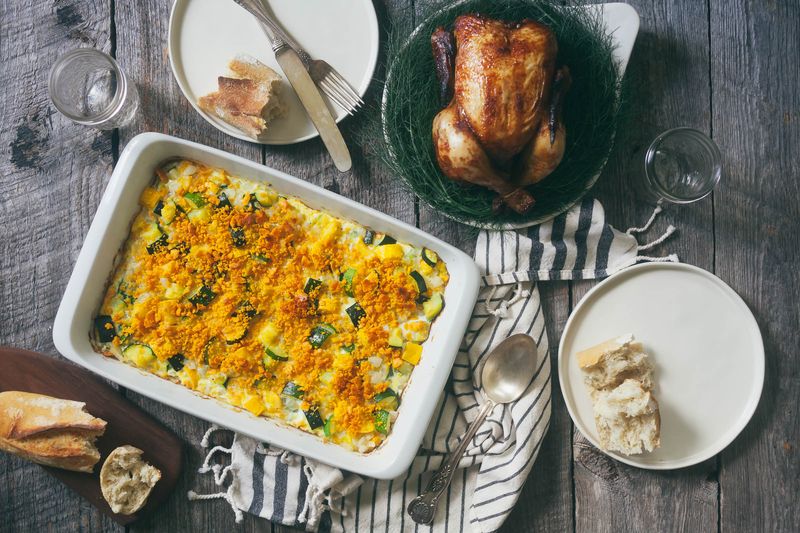 Sometimes I get dramatic about Southern food. In March, I was in Denver and my husband had requested that we eat breakfast at a restaurant described on Yelp as "Southern, Creole." I laughed maniacally and replied, "Every Yankee with an asshole thinks he can make biscuits. I am Richard Olney and the haute cuisine of our time is Grand Palace de Soulfood."

I blew that one out of proportion due to hunger, but two hours later, after a trip to a Greek diner and too much black coffee, the thought returned to me: How is it that Southern food is so popular, yet spread out so thin? It seems the whole world has embraced a love for biscuits, pimento cheese, and fried chicken while turning a blind eye to our fondness for chicken liver, calf liver, potlikker, the endless types of gravy, green tomatoes, okra, hoppin' John, and the fraternal order of Duke's mayo.

At the end of the day I tried to forget about it, a little bit because the answer eluded me and a lot because I ate a pot brownie; I turned my thoughts to the prospect of opening a specialty market in Brooklyn that sells poke and ham hocks and full fat buttermilk, with Cheerwine Papaws (pour out about 1/3 of the soda from a glass bottle, replace it with whiskey or bourbon, then drop in salted peanuts) to drink while shopping. 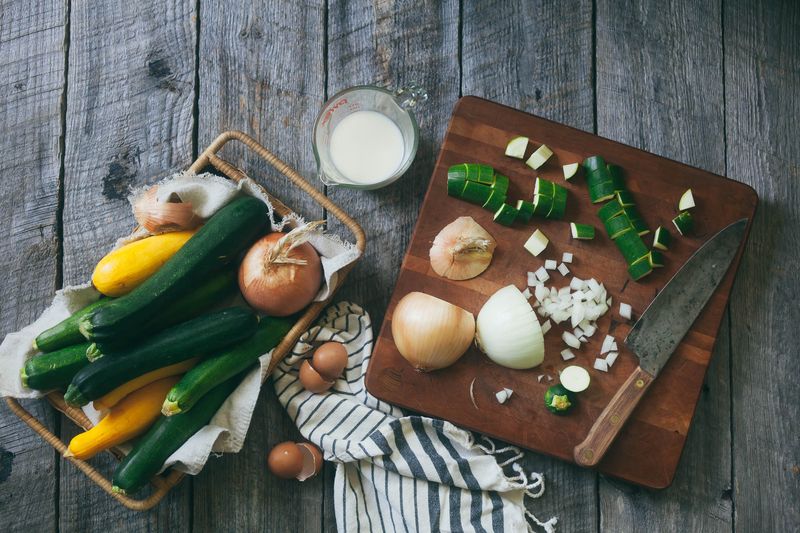 A month later I was in Knoxville, listening to Dawn Coppock read one of her poems. She's fantastically funny and her words came out like a series of buoyant one-liners, until she landed unexpectedly on a note of gravity: "The only culture we have left is what other people don't want."

I smiled, remembering a time when I was determined to believe that I didn't want Southern culture, to escape Tennessee and never return. I was especially eager to leave behind the dishes that I had eaten so many times, I thought I could never look at them again—the casseroles, Coca-Cola hams, and anything skillet fried. But in the end, these were the very same things that called me home because—despite the dawning age of Southern cuisine which happened to coincide with my time away—no one served them in restaurants. 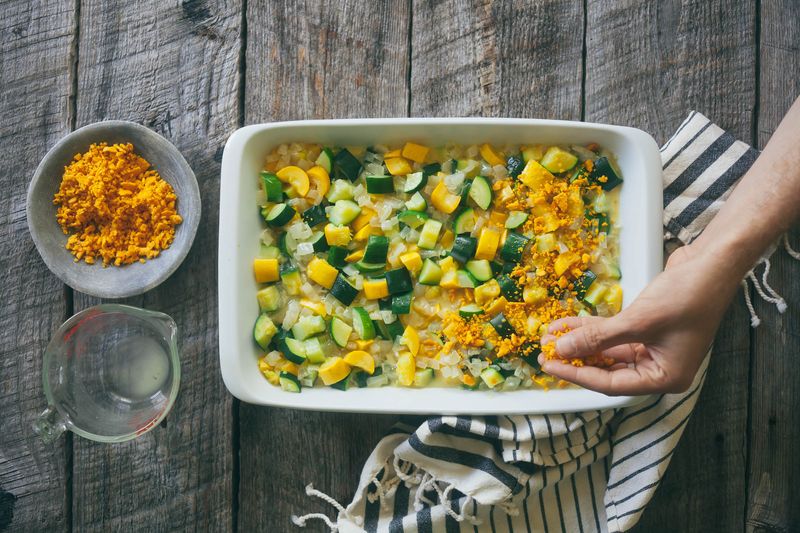 I began to cook Southern food in the galley kitchen of my Allston apartment, feeling as though it was all I had left of home, a series of secrets relayed to me by my mother texting pictures of my Yaya's recipe box. Squash casserole, which I ate in place of baby food, was one of the first secrets I requested.

This recipe is a Southern classic. You'll find it on the menu daily and year round at most meat 'n threes, though it varies widely from place to place. My family's version, which has been served at our restaurant for decades, is easily the most straightforward. I suspect that an earlier version of it may have been even more simple, since old-fashioned raw milk sets up like a custard without the help of eggs. Other takes include cheese, mayonnaise, bell peppers, or pimentos; some, like this one from Julia Reed, use puréed squash.

Whatever you decide to add in, be it herbs or shallots or Pecorino, remember that at its heart, it is about really good, sweet milk and butter gently holding together emerald and saffron morsels of delicate squash. The region-wide favorite topping is crushed Ritz crackers, but I suggest you experiment with different toppings—everything from Italian bread crumbs to Cheez-Its is a happy complement, so long as it is doused in melted butter.

Kita R. September 13, 2015
This is incomplete without cheese. Must have cheese to be Southern!

mj.landry September 12, 2015
I just Made my mom's squash casserole recipe last week for California friends who had never had such a thing. They LOVED it, kids and all. I order Duke's May from Amazon. I just came across your post and I was laughing out loud as I read it. I want to be you BFF. Loved this post!