I wish I had known about Bostock 5 years earlier. 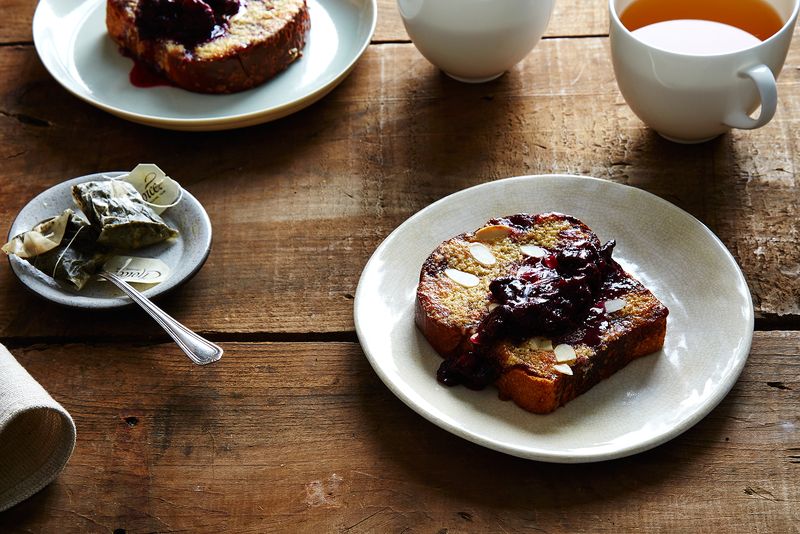 I have a clear vision in my head of a croissant. I can pick a Danish out of a line-up, no problem. But Bostock?

Before I picked up Tara O'Brady's Seven Spoons, the word meant nothing to me. With a little research, however, I learned that it's not only Tara O'Brady who's one step ahead of me: Francis Lam deemed it "the ultimate French toast replacement" on Salon in 2010; Flo Braker wrote about Bostock for SFGate in 2011; Chad Robertson published a recipe in Tartine Bread (2010); and Ciril Hitz's version is in Baking Artisan Pastries and Breads (2009). 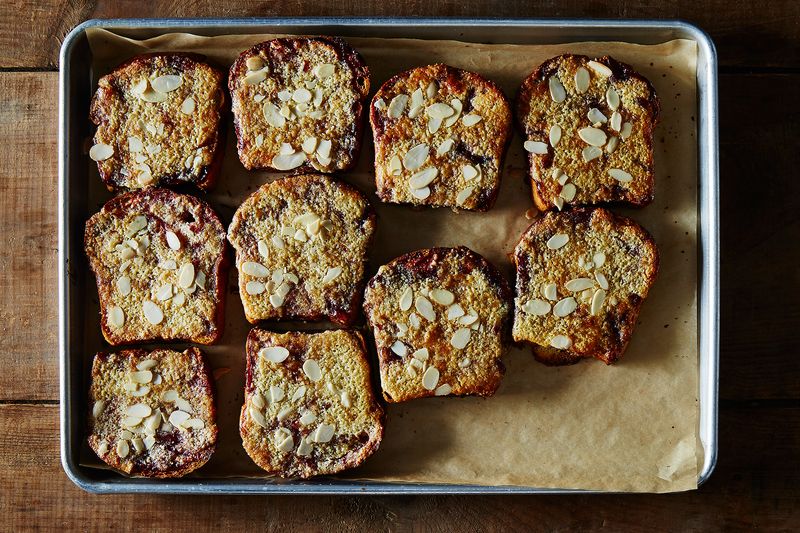 According to Braker, Bostock is a simple French delicacy—though you'd never know by the name, which is much clunkier than pain au chocolat or mille-feuille. It may sound more élégant to talk about other French pastries, but you probably don't really want to go through the trouble and the butter of making them. Not so with Bostock. This is the French pastry—slightly wonky, way more laid-back, and with a random "k" tacked onto its name—that you've been waiting for.

It begins with brioche. You can use homemade brioche, but take it easy on yourself and buy a nice loaf from the store. Now, you either let that brioche go stale or— because you're impatient and not the type of person who made your own brioche in the first place—dry it out in the oven.

Then brush the slices in simple syrup. (Mine is lemony, but Robertson and O'Brady use orange simple syrup and Lam's is almond-flavored.) You might now spread on a layer of jam; Roberston recommends orange marmalade to accompany his orange simple syrup, but I went with Concord grape jam, which you'll understand in a minute. Now comes a thick layer of almond cream, a sprinkling of sliced almonds, and a bit of time in the oven. 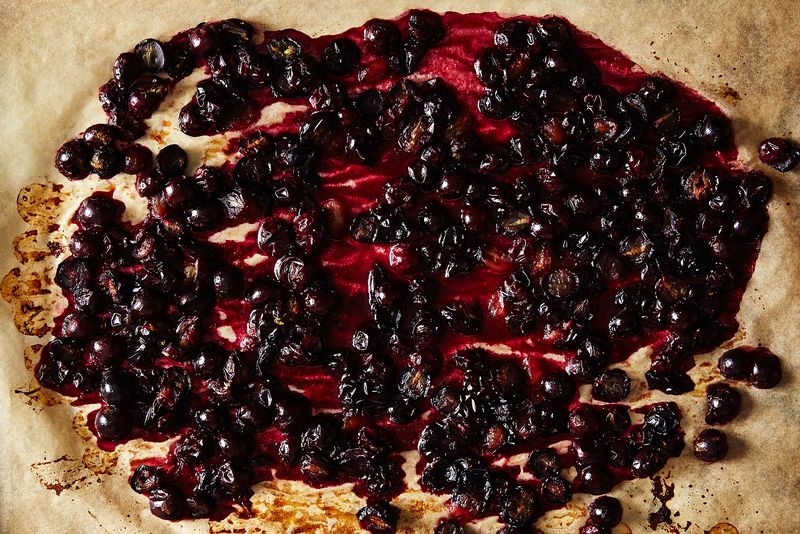 And that's enough! That will produce a custardy piece of toast that will convince you that "dessert toast" is less ridiculous than it sounds. The almond cream loses any pastiness and gets soft and smooth, melting into the jam below, and the sugar syrup turns crisp and crunchy. Yes, you can eat the whole thing with your hands. Yes, it is the best version of nut butter and jelly that exists.

But wait: This is Concord grape season. Since the rest of the Bostock preparation is so simple (I'm talking store-bought brioche, store-bought grape jam, and 10-minute almond cream), you can spare the time to deseed Concord grapes for a roasted fruit topping. 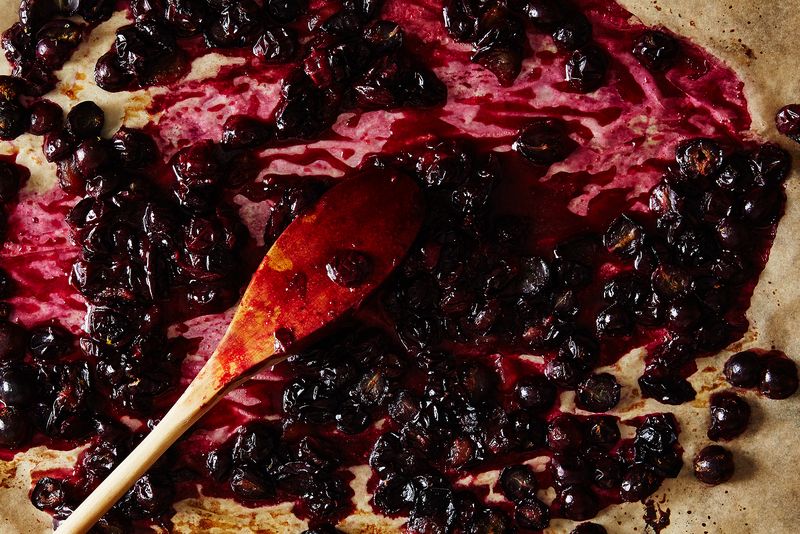 It's admittedly a pain to remove those pesky seeds, but there's no flavor that compares (yep, I tried Thomcords). The Concord grapes are so pointedly sweet you're not even sure they're sweet; they're tart, like cranberries but without the mean streak. If you have leftover roasted grapes once you've finished spooning them over the warm Bostock, good for you: Eat like compote, dollop on yogurt or oatmeal, tuck in thumbprint cookies, or blend them into a milkshake.

And when grapes aren't in season, it's easy to customize the nut cream, the simple syrup, the jam, and the (optional) topping:

So I could've been eating Bostock in 2009. Now I'll just have to resolve to eat as many varieties of possible, as often as possible. And I suggest you do the same. 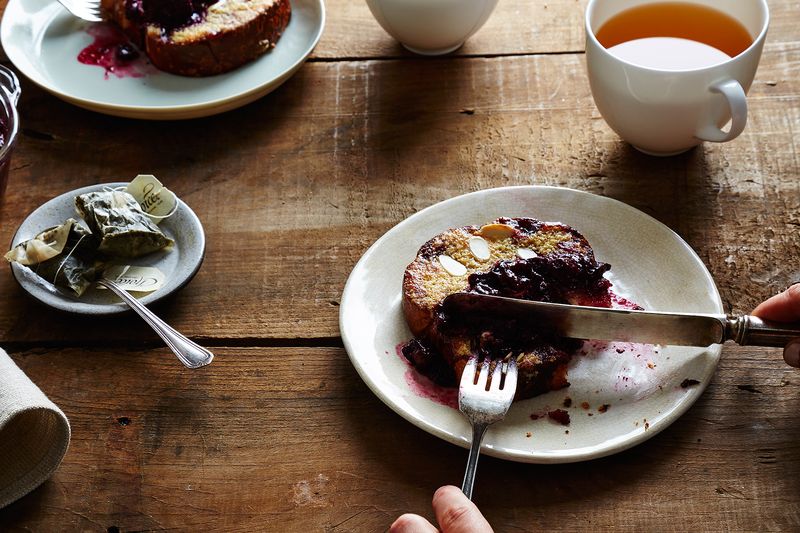 For the almond cream:

For the simple syrup, Bostock, and roasted grapes:

Isabelle October 6, 2015
Hello from Paris !
The Bostock we find here (in any bakery) has no jam or fruit :only syrup, almond cream and sliced almonds .