Ever dream of bar- and snack-hopping your way through Venice's alleyways? 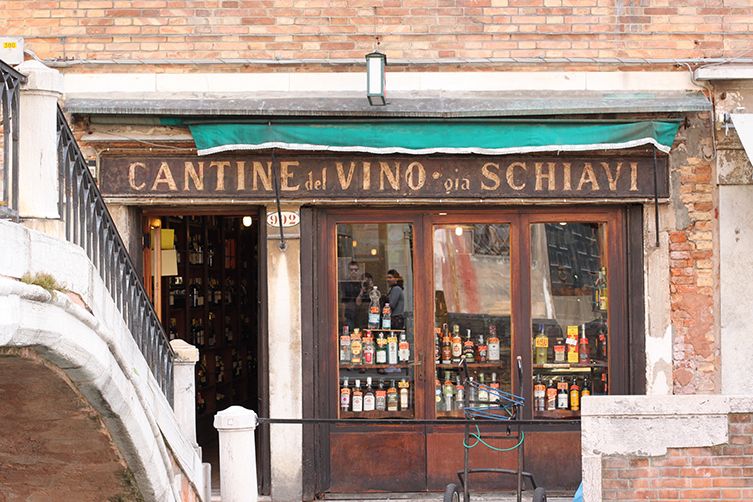 Thomas Mann described Venice as “half fairy-tale, half tourist trap,” an observation that is still valid even a century later. But wandering the city from one bacaro to the next, cicchetti-ing your way through town, is definitely part of the fairy-tale.

Cicchetti (pronounced chi-ke-tee and also spelled cichetti) are little morsels—think of them as hors d'oeuvres or something a little like tapas—served in small, often standing room-only bars known as bacari. They're appetizers to nibble on with one hand while, in the other, you hold a little glass of wine or the obligatory Venetian aperitif—a fluorescent-colored spritz, made with Aperol or Campari, prosecco, and soda. 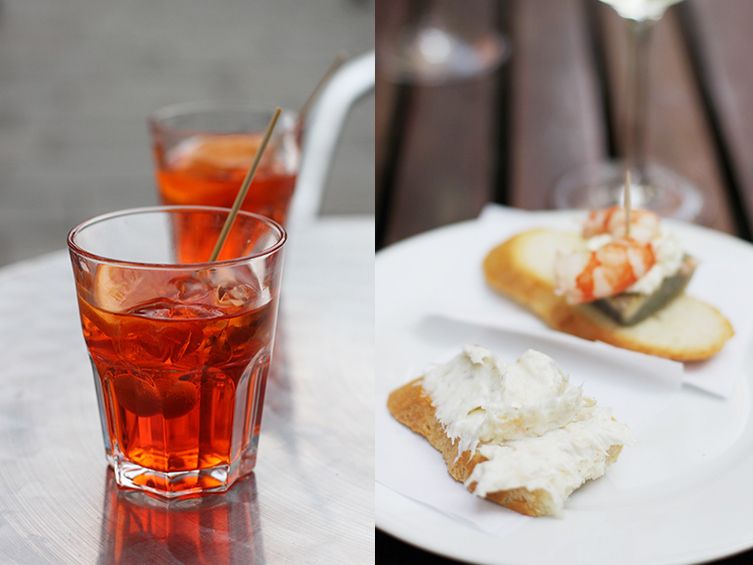 Going out for cichetti is a cheap way to socialize, grab a bite to eat, and wander the best parts of the city, all in one. And it's not only an evening thing—you'll find bacari are open from early morning onwards and that cicchetti are just the thing you need mid-morning to get you through to lunchtime.

Typical cicchetti include both warm and cold dishes, plenty of seafood (which the lagoon city is known for), and also meat and vegetables. Creamy baccala mantecato is a must, and crisp polpette di carne (crumbed meatballs), fried on the spot, are always worth lining up for. Take your pick from the display of crispy deep-fried sardines or grilled shrimp served with a puddle of soft white polenta, simple halves of hard boiled eggs topped with an anchovy, or boiled artichoke bottoms that you can pick up with a toothpick. (In case you ever wondered what the buckets of freshly cleaned and prepared artichoke bottoms floating in water were in the Rialto markets, this is what Venetians like to do with them.) 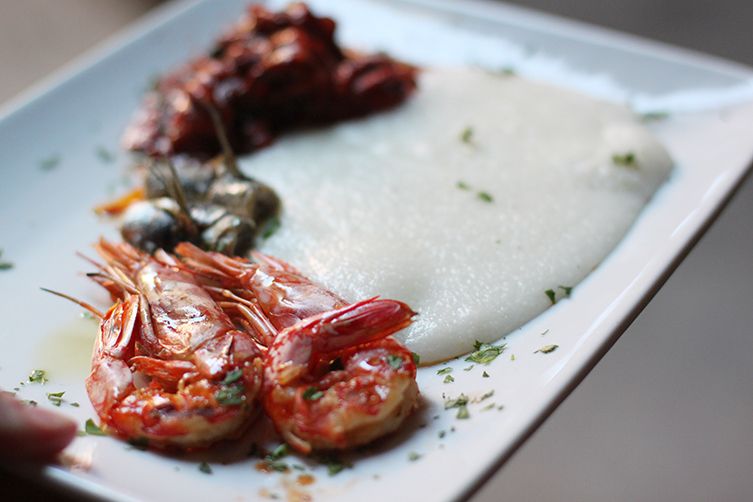 A favorite cicchetto is sarde in saor: fried fresh sardine fillets marinated in softly cooked white onions and doused with vinegar, raisins, and pine nuts—preferably prepared the day before serving. It's a delicious sweet and sour dish that is relatively unchanged from Venetian recipe books from the 1300s. The sharpness of the vinegar awakens the tastebuds, while the sweetness of the odd raisin here or there and the creamy nuttiness of the pine nuts balances the sourness.

Before the time of modern refrigeration, the technique of marinating fried food in vinegar was a favorite method of conservation for Venetian fishermen. Although sardines are the most popular thing to prepare “in saor," you can even find chicken, scampi, or vegetables like pumpkin or eggplant cut into thick slices and fried before undergoing the same treatment. 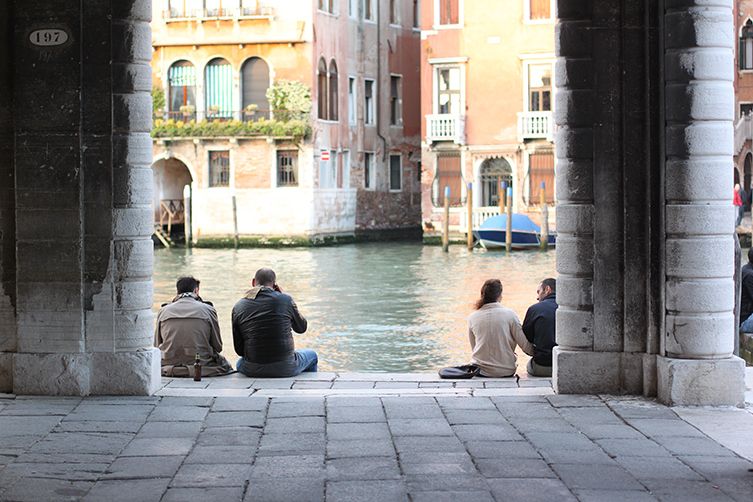 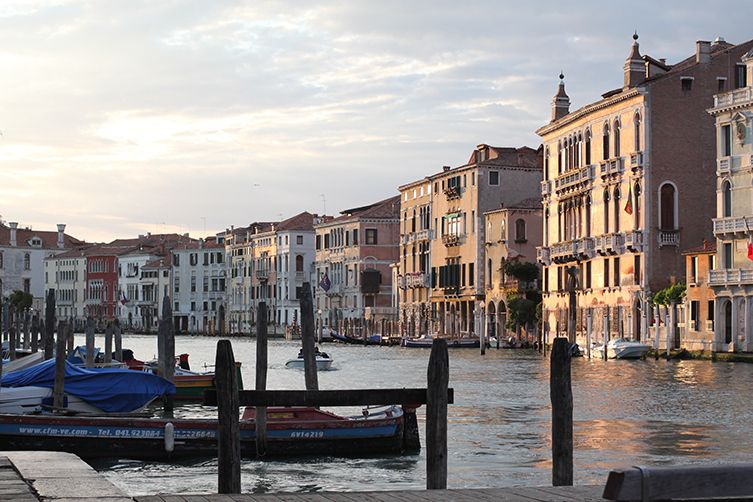 The great thing about cicchetti in Venice is that you can stop to have just a taste and then wander on through impossibly narrow laneways to another bacaro for more cicchetti and another ombra—little, rounded glasses of wine (just enough for a few mouthfuls) named after the shadow of Piazza San Marco’s clock tower that wine sellers used to follow to keep their wine cool. The glasses are small because you only need just a little something to wash down the cicchetti. 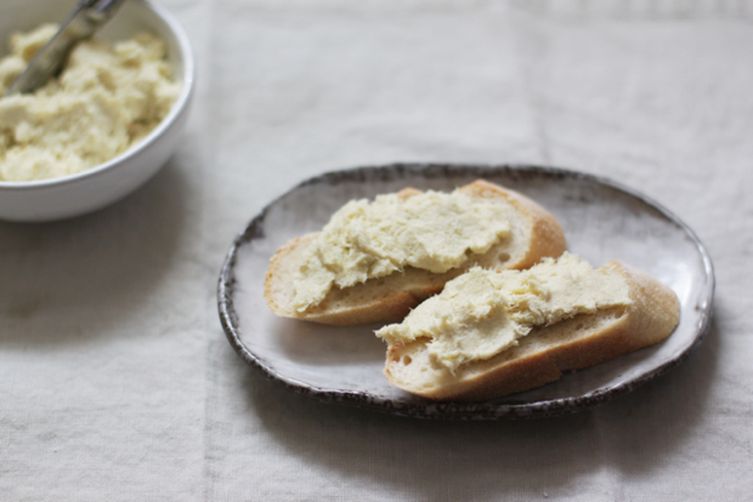 Susan S. October 12, 2015
I love cicchetti and wrote a post about them - here is where you grab taste: http://bestbitsworldwide.com/venice-top-ten-cicchetti-bars/

heatheranne September 30, 2015
I just got back from over a week in the Venice area. Didn't hit up these types of places, but the food was amazing.

Lost_in_NYC September 29, 2015
I was in Italy this May and ate so many cicchetti in Venice, Florence, and Rome! The best cicchetti I had in Venice was at the same wine bar listed in this article above! Simple, with a few ingredients but so divine! The best one was a crostini with whipped ricotta cheese, pumpkin puree, a dusting of parmesan cheese and touch of salt. It was absolutely amazing especially with all the great vino they had!