Is Expensive Cheddar Cheese Worth the Price Tag?

We did a taste test to find out, and the answer might surprise you... 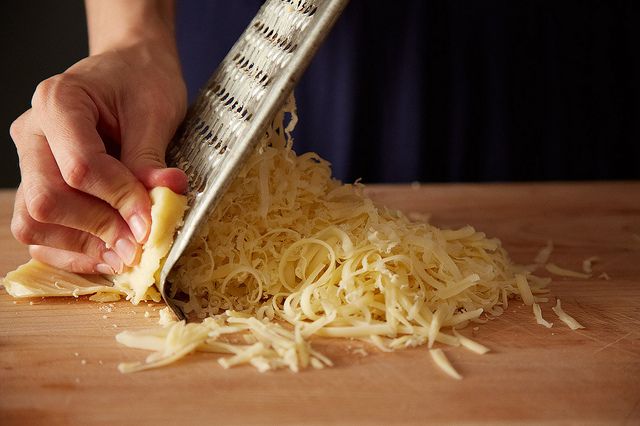 If you keep one block of cheese in your fridge at all times, odds are it's either Parmesan or cheddar. Parmesan may be a real heartbreaker in the grocery store, and unfortunately there really aren't substitutes that are fit to shine its shoes. (Please, never buy powdered Parmesan. That stuff has no place outside of your elementary school cafeteria.)

More: It's not the same, but here's how to approximate Parmesan on your pasta.

Unlike Parmesan, cheddar comes in many colors, flavors, and price ranges. It comes in flavors you are not sure should be paired with cheddar, like wasabi and cranberry. It comes pre-shredded. It comes "Low Fat." It comes in generic brands, and it also comes in brands that are cloth-bound, aged for ten years, and pricier than their weight in gold. Hey, there's a reason "cheddar" is slang for money. 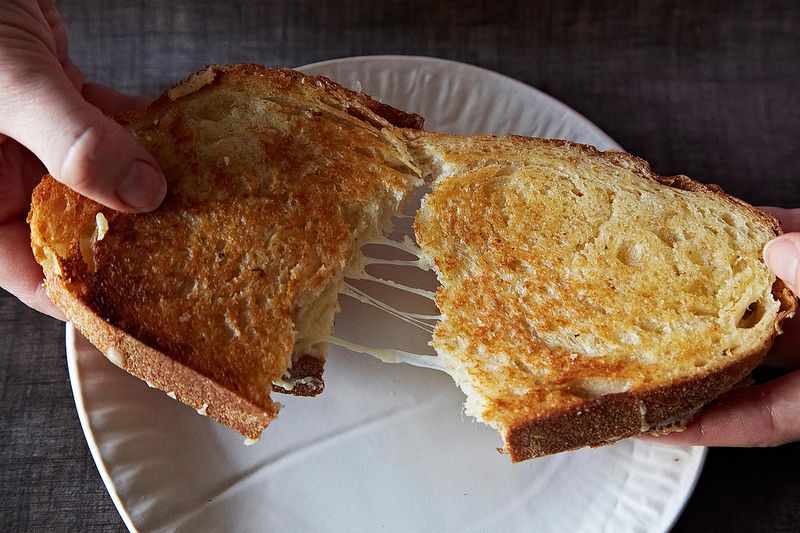 Needless to say, all of these options can get very overwhelming, especially if you, like me, have crippling grocery store indecision syndrome. So today, we're putting cheddar cheese to the test, and asking: Is it worth it to splurge on a fancy brand, or will the budget brand do the trick? The answer isn't as clear-cut as you might think.

For the sake of simplicity, I only tested two brands of cheddar cheese, both marketed as "sharp": a budget store brand (priced $2.50 for 8 ounces), and a fancy "artisanal" brand that the sales associate assured me was one of the most popular (priced $5.55 for 6 ounces). I asked testers to select which cheese they preferred as-is and which they preferred when mixed into macaroni and cheese (per usual, I went the Not Recipes route). 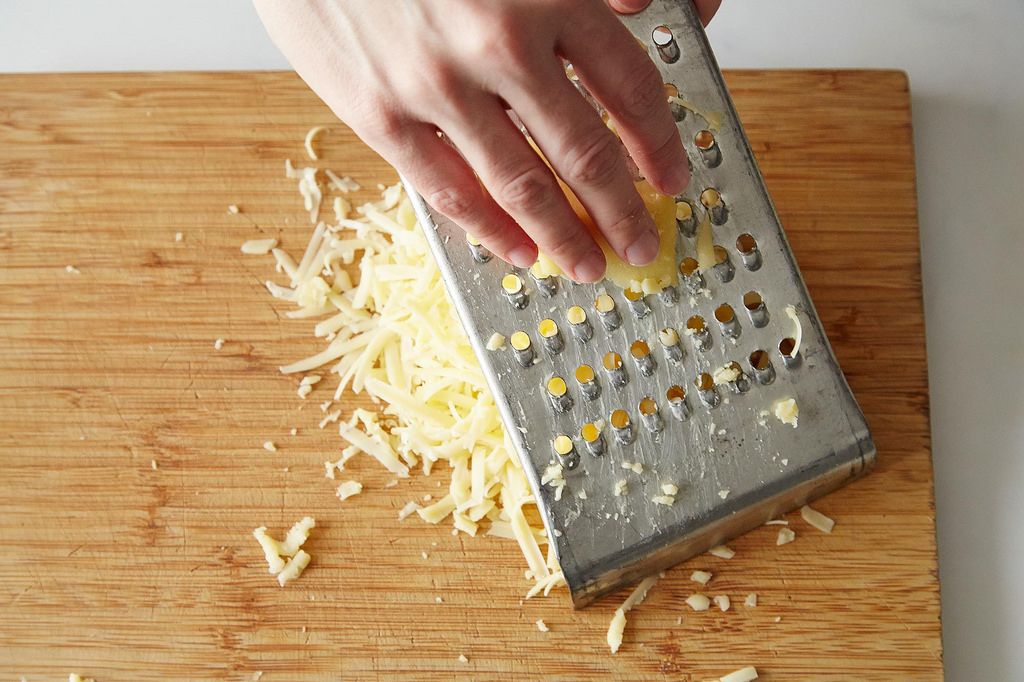 I expected there to be no contest here. Everyone would prefer the expensive cheese that was aged for two years over an orange block of store brand cheese, right?

Well, mostly right. Of the six testers, four clearly preferred the pricier cheddar, describing it as "sharper," "bolder," and "better textured." One tester was split between the two choices, saying she would prefer the expensive cheese for eating as-is, but could anticipate wanting the cheaper version in her macaroni. Only one tester straight-up preferred the budget brand. When I told him after the experiment that he had chosen the cheaper brand, he shrugged and said, "I guess I'm pretty basic when it comes to cheese." No shame in that, my friend. 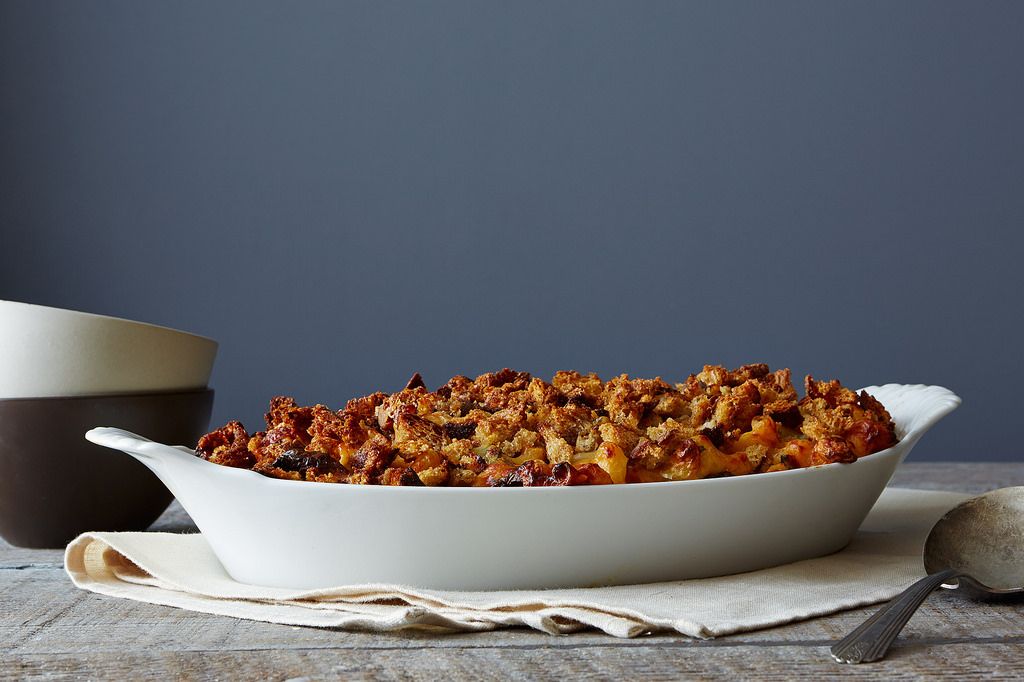 In this test, opinion was even more split. Three testers preferred the macaroni made with the budget cheddar, while only two preferred the more expensive version. Though I was in the role of "scientist" and could not have an official opinion, I (unofficially) sided with the majority. The mac & cheese made with the cheaper cheese was more savory, while the one with the fancier cheddar was tangier, more subtle.

More: Speaking of melty cheddar, how about this beer and cheese fondue? 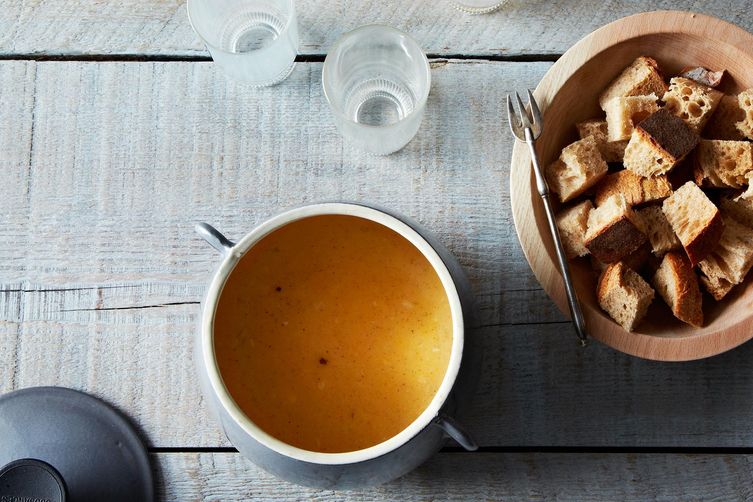 When I compared the wrappers of both cheeses side-by-side, I realized there was only one difference (besides the vegetable dye added for color to one) between the two brands: The more expensive cheese was made from unpasteurized milk, while the budget brand was made from pasteurized milk. Are we to conclude that the pasteurization (or lack thereof) has a significant impact on cheese?

A quick refresher: Pasteurization is the process of heating milk to 145° F in order to kill harmful bacteria like E. coli or Listeria. While the heat kills bacteria that could make you sick, it also kills healthy bacteria—and all the naturally occurring organisms that give cheese that complex, funky flavor.

Serious Eats also raises the point that pasteurizing milk allows producers an opportunity to cut corners. Since the process will kill off any bacteria, they don't have to hold milk to the highest of standards.

Since 1940, the U.S. has banned the sale of raw milk cheeses aged for fewer than 60 days, claiming that any potentially harmful bacteria in unpasteurized milk couldn't survive over two months. This explains why most of the cheaper brands of cheese, which aren't typically aged as long as two months, are made with pasteurized milk.

But why did the testers prefer one cheese as-is, and another in their macaroni? Perhaps some change happened in the melting process? Maybe I had chosen poorly when making my expensive cheese selection? Or, maybe, people just prefer their comfort food made basic. 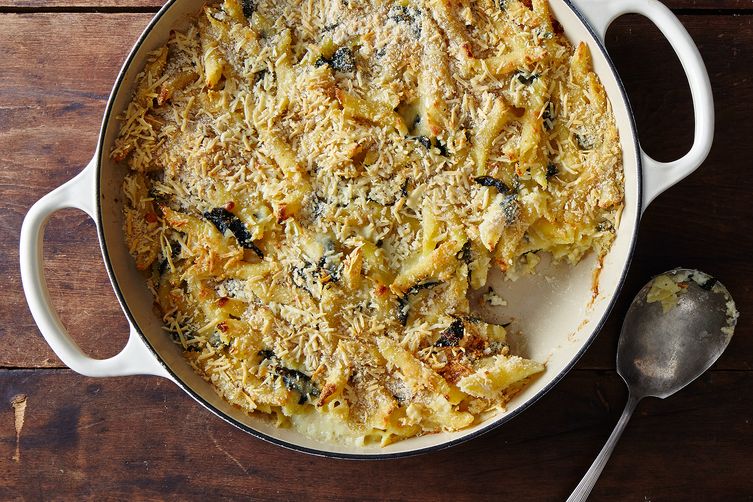 If you're buying a block of cheddar to eat on its own, it's worth spending a little more...well, you know. If you're buying cheddar to cook into a dish, such as a casserole or cornbread, however, the quality difference is less noticeable.

How do you like your cheddar cheese? Extra sharp? In those plastic-wrapped individual slices? Tell us in the comments!

Clint September 20, 2016
I can only say I like what I like w/o respect to it's cost.
I like either sharp or extra sharp cheddar to snack on with dry red wine or a sharp IPA ale.
I like sharp on one side of a grilled cheese and muenster on the other side of a grilled cheese with ghee (super clarified butters used greatly in Indian foods) and another salted butter and grilled until the sandwich is certainly crusty.
In mac'n'cheese I use extra sharp and (oh. NO,NO,NO!) Velveeta cheese mixed with half and half and a bit of chicken broth in a sauce made with bacon grease.
Are any of my selected choices healthy?
No!
But, these are not my daily consumables.
When I need for my sanity and levity of heart some deep comfort food I go for the cheese and butter.
Life just gets better immediately when the first bite hits my mouth.
Help has arrived!

Elena October 2, 2015
In our house the answer is a resounding "yes", quality cheddar is definitely worth the $$$. Fiscalini Bandage-wrapped Cheddar is our favorite for plain eating, we pair it with pears and a nice Pinot for a simple cheese course. I use it in equal parts with Old Quebec Vintage Cheddar, a 3 year sharp cheddar, in my Mac & Cheese, which I top with a generous sprinkling of Parmigiano Reggiano for the crust. It's pretty tasty. I've tried "lesser" cheeses and to us that's what they taste like, lesser. I would also say that it has been my experience that many people do not know how important it is to serve cheese at room temperature, it's a must!

WHB October 1, 2015
One of the things I miss most about Wisconsin is Hooks Aged Cheddar.

Katelinlee October 2, 2015
So good! It shows up here in Portland from time to time and I splurge.

rachiti October 1, 2015
I disagree. I live in Wisconsin. We're the top cheese producing state in the country. It's not about expensive vs cheap - it's about quality. I absolutely refuse to buy Kraft or most other national brands because they're tasteless. My only exception is shredded Sargento cheese as their extra sharp cheddar and a few other cheeses are quite flavorful. When it comes to block cheese - whether for shredding into something savory, slicing and layering into a sandwich, or consuming on it's own, I've discovered that quality cheese makes a huge difference. I can get quality cheese locally for less than $4 per pound. I can even go to the local cheesemaker and buy fresh cheddar made that very morning for under $6. Find a regional brand that tastes amazing and stick with the stronger, aged flavors and you won't go wrong.

PW October 1, 2015
I'm really skeptical of these recent articles that test "cheap and expensive things so you don't have to" and claim to have a scientific aporoach. With the experiment carried out only once, a tiny sample size of 5-6 people, and only two products tested, no adjustment or consideration for sample size selection, diversity, or possible bias, this is a really makeshift way to "experiment" and make such broad claims about key ingredients. I'm rather disappointed with Food52 for constantly showcasing articles like these as food science.

Jaye September 30, 2015
My issue with prices cheeses is they're harder to slice and grate. They tend to crumble which makes uniform pieces for a cheese board to serve guests difficult to attain. We're a Cabot family by the way.

Simplifry September 30, 2015
Canadian Black Diamond Cheddar is a gemstone. Hard to find. Worth every penny when you do.

Mary C. September 30, 2015
I'm a fan of Tillamook Reserve Extra Sharp when it comes to widely accessible cheese. It's a white cheddar that almost makes your mouth pucker when you take a bite because it's so sharp! Perfect for grilled cheeses!

Veronica R. September 30, 2015
Being from the Pacific Northwest, and more specifically Oregon, I'm a Tillamook kind of girl :)

Miriam D. September 30, 2015
It's not only flavor that makes the two cheeses different, but also the fabrication method. The aged cheese is probably less process and made with better for you methods than the cheaper counterpart. Threat yourself. Choose the good stuff!

Emily L. September 30, 2015
Ashley Chase Estate Seaside Cheddar is my lifeblood. I could probably eat an entire block in one sitting