Make Your Own Mattar Paneer (Starting with the Cheese)

You're just 1 hour and 2 ingredients away from fresh Indian cheese. 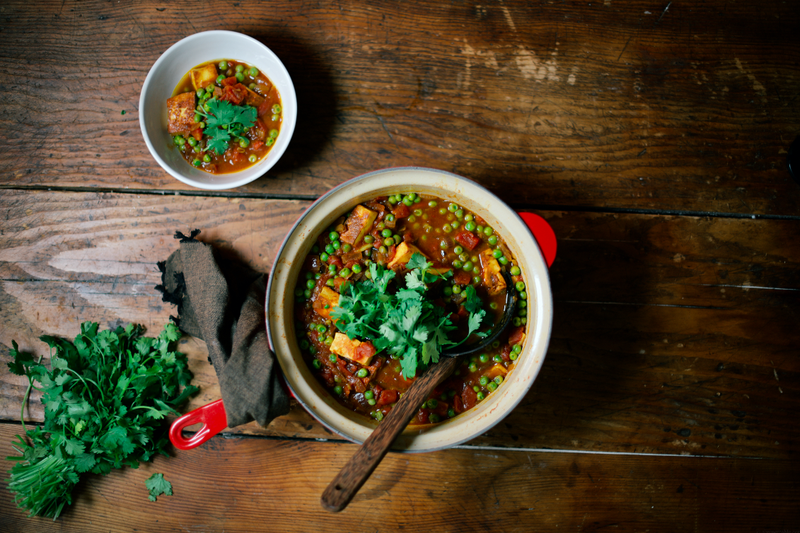 When I think of cheese, Indian food rarely comes to mind. But there is one type of cheese that stands out in Indian cooking. It’s easy to make and, depending on how you process and flavor it, it can be used in sweet and savory dishes. That cheese is paneer, and unlike its western counterparts, it doesn’t melt when heated, which means it maintains its texture and structure even when cooked. Much like Halloumi, paneer can be skewered, marinated, and grilled.

In many ways, paneer reminds me of tofu: It absorbs the flavors of any dish it is cooked in, and you can crumble it or cut it into cubes or any shape you desire. Paneer is sometimes described as Indian cottage cheese, but I’m hesitant to describe it as such—not only do the two have different tastes and textures (cottage cheese is rather loose, whereas paneer is firm), they are also made differently (rennet is used to curdle the milk to prepare cottage cheese).

In making paneer, heat and acid help transform the proteins in the milk into cheese curds. When I make paneer at home, I like to start with either whole or low-fat milk (traditionally, paneer is made with whole cow's or buffalo's milk). I recommend avoiding non-fat milk: You need the fat to bind the proteins together once the dairy has coagulated and been pressed to form a cake. And though you can curdle the milk with an acid like vinegar, I love using fresh lemon juice because it gives the cheese a fresh flavor and taste (some people also use lime juice). 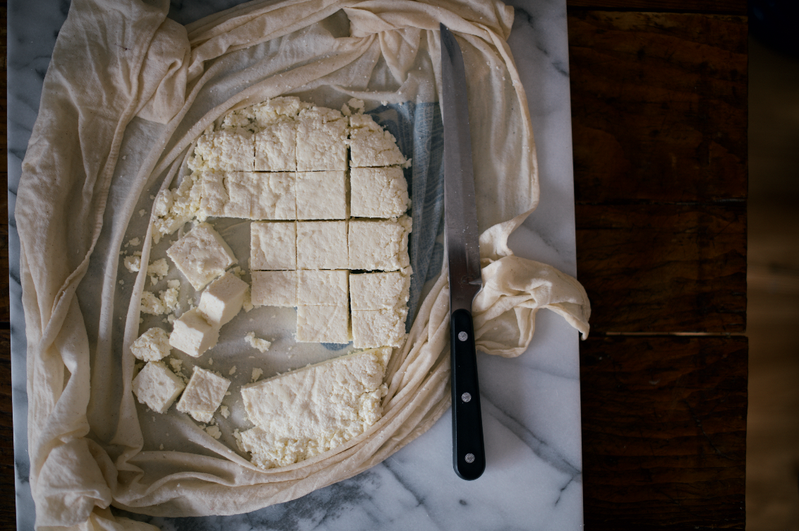 Once the curds are washed and drained, you will find the cheese that's left behind in the cloth resembles fine crumbs. These fine crumbs are also called chenna and are used to prepare Indian desserts such as rasgulla, Sandesh, and ras malai. To prepare paneer and shape it into a cake, I press the cloth containing the drained cheese with a heavy weight and let it sit for about an hour to help press the contents together. The disc of paneer that forms can be easily cut into cubes or rectangles and used as is, or lightly fried and folded into sauces or broths.

There are several Indian savory dishes that use paneer (you'll often find it diced or cubed in dal, salads, and cooked vegetables), and one of my favorites is matter paneer. In this dish, paneer is cooked along with peas in a tangy tomato sauce. Paneer korma and palak paneer (also called saag paneer) are other popular Indian dishes that you'll see on the menus of many restaurants—but don't limit yourself: Paneer is such a versatile treat; I’ve used it on breakfast skillet naans and I've also seared it with tea and pineapple dressing. 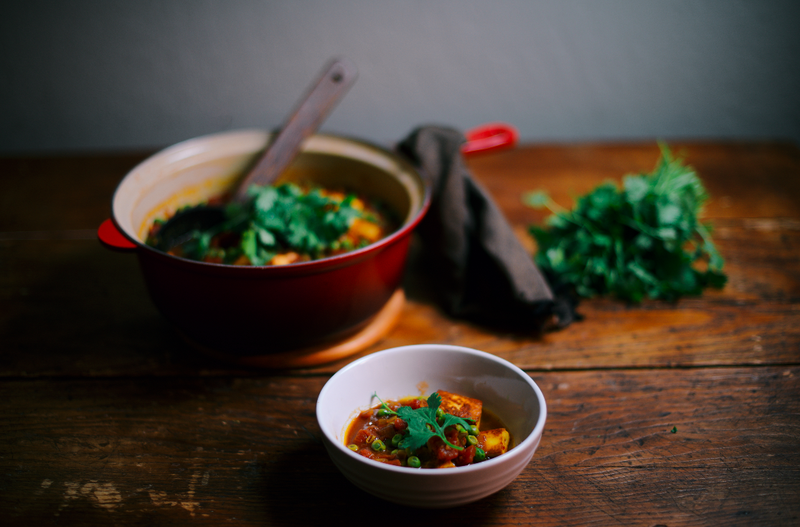 1 gallon whole or 2% milk
1/2 cup freshly squeezed and strained lemon juice, divided (you might not need to use all the juice) 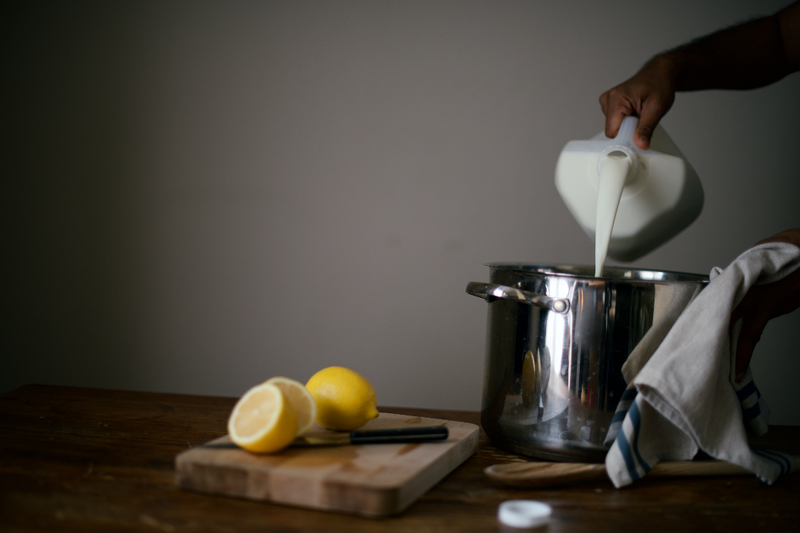 Pour the milk into a large thick bottomed stockpot and bring the milk to a rolling boil on medium-high heat while constantly stirring with a large wooden spoon or Silicone spatula. Once the milk starts to boil, pour in half of the lemon juice and stir. The milk will start to curdle.

If the whey (the watery liquid that separates from the solid cheese curds) still looks slightly milky, add a little more lemon juice. The whey will be slightly yellowish-green in color while the cheese curds will separate and float to the top. 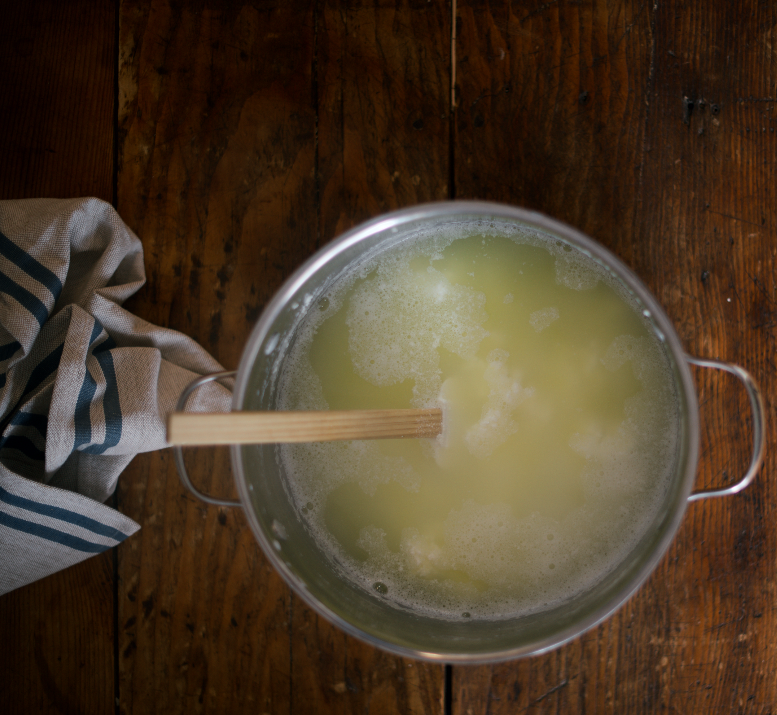 Remove the pot from the stove and drain the contents into a colander or sieve lined with a clean piece of dampened kitchen cloth or a few layers of cheesecloth placed over a large bowl or pot. Discard the whey that collects in the bowl and wash the curds by running cold tap water over the cheese in the cloth. Wash at least 3 times to get rid of any residual lemon juice that might be trapped in the cheese curds. 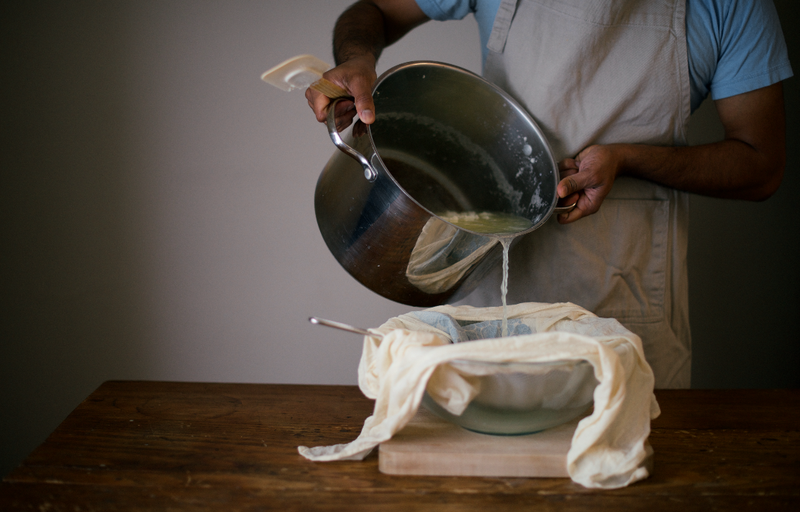 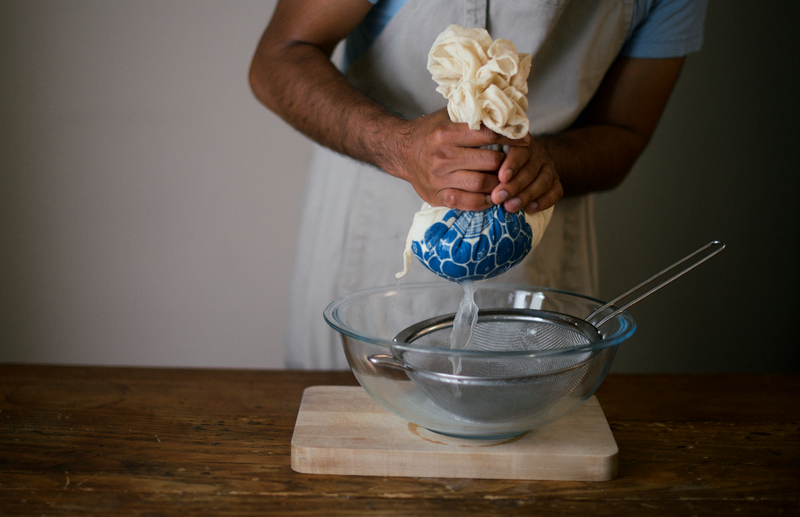 To set the paneer into a more firm cake, place a large heavy pot filled with water over the cheesecloth containing the paneer and let it sit for one hour at room temperature on a flat surface. The weight will help pack the paneer into a tight and firm structure. 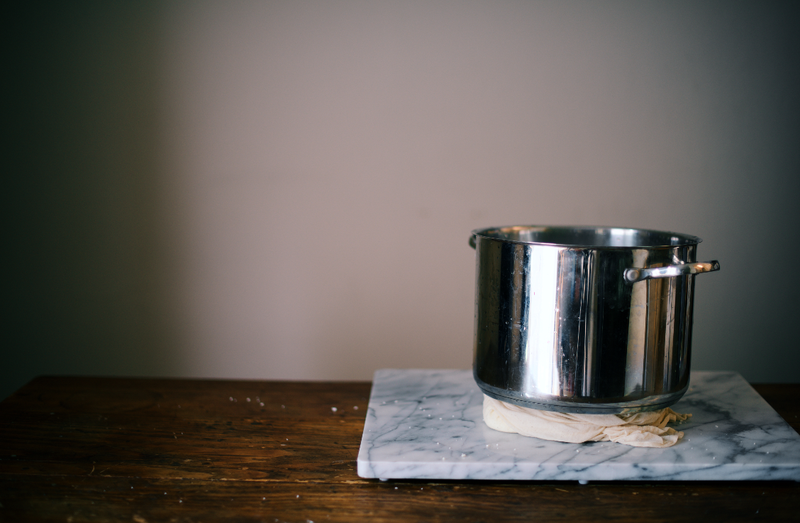 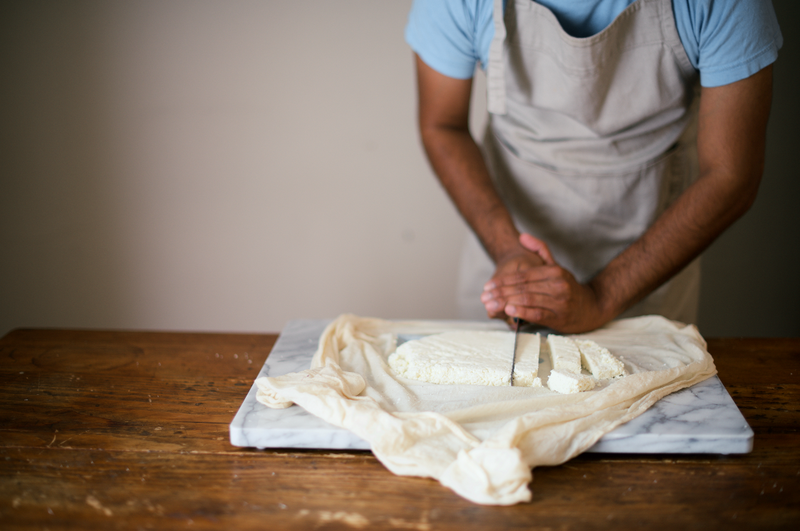 Unwrap the cheesecloth and cut the paneer into 1- by 1 1/2-inch rectangles (or any shape or size you like) and store in the refrigerator in an airtight container for up to a week. You can also freeze the paneer for long-term storage by wrapping it in plastic wrap and then storing it in an airtight plastic bag.

Once, you've made the paneer, it's time to put it to use. Fry it, then add it to mattar paneer (my recipe follows) or saag paneer, or use it to garnish lentil soup.

abrowntable.com
Nik Sharma is a molecular biologist turned cookbook author and food photographer who writes a monthly column for Serious Eats and the San Francisco Chronicle and is a contributor to the New York Times. His first cookbook, Season: Big Flavors, Beautiful Food, was a finalist for a James Beard Foundation award and an International Association of Culinary Professionals award. Nik resides in Los Angeles, California and writes the award-winning blog, A Brown Table. Nik's new book, The Flavor Equation will be released in October 2020.

thefolia October 12, 2015
What happened to your dark backdrop?

Cecilia G. October 8, 2015
Oh stunning - I milk my own cow and often make fresh cheeses, this is one I shall add to my repertoire poste haste! Thank you. It is always a pleasure to drop in to Food 52.

aargersi October 8, 2015
But don't throw the whey away - that lemoney goodness is a great brine for chicken or pork! (add salt)