Why I Stopped Hating Zoodles

I used to hate zoodles.

When my roommate bought a Zoodler (a spiralizer or Vegetti will accomplish a similar task), I flung my nose into the air and lept onto my soapbox. 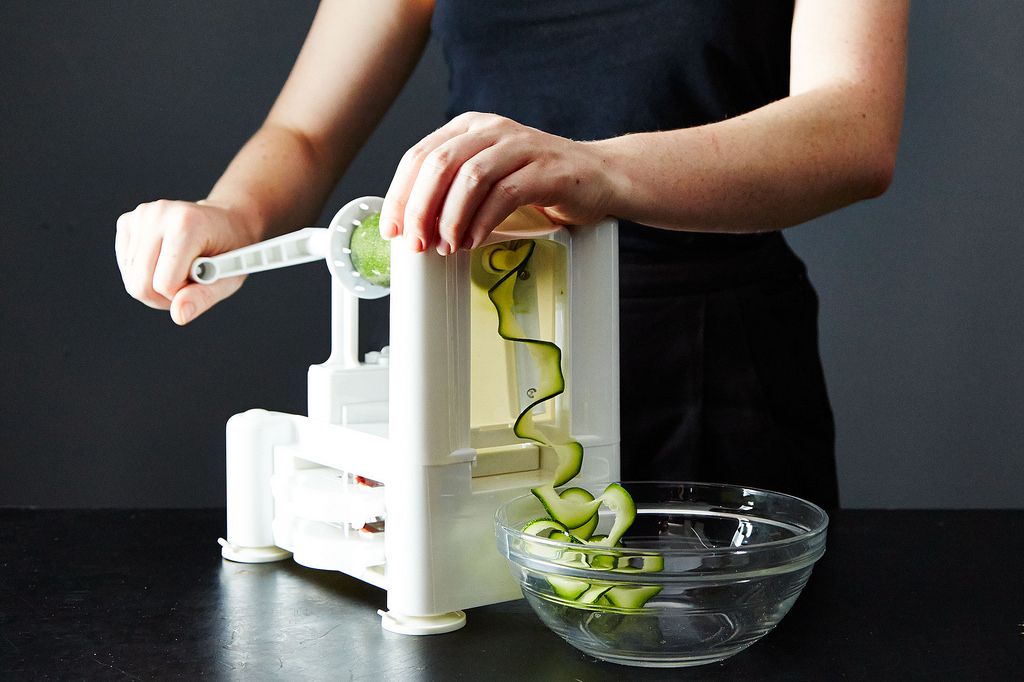 A noodle can be many things, I believed (and still do): It can be Italian spaghetti or bucatini; it can be Japanese udon; it can be Chinese lo mein; it can be Indian sevai. But it can't be a vegetable.

And the New Oxford American Dictionary backs me up on this; it defines a noodle as "a strip, ring, or tube of pasta or a similar dough, typically made with egg and usually eaten with a sauce or in a soup." 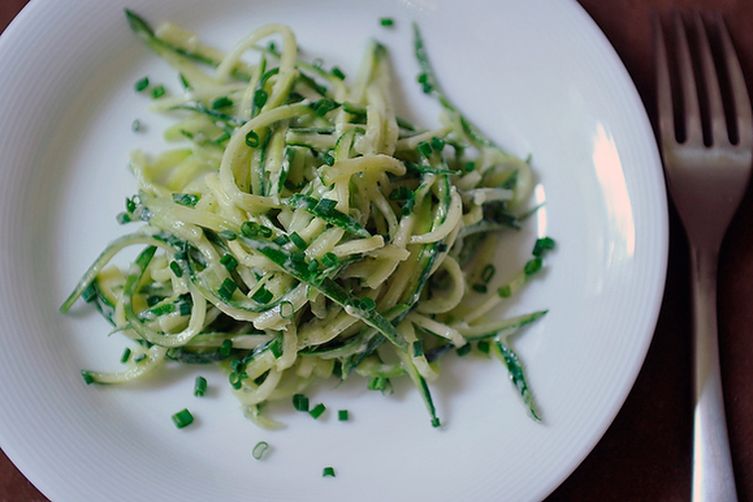 Zucchini are not noodles; oven fries are not French fries; Solange is not Beyoncé. Why are we trying to fool ourselves? 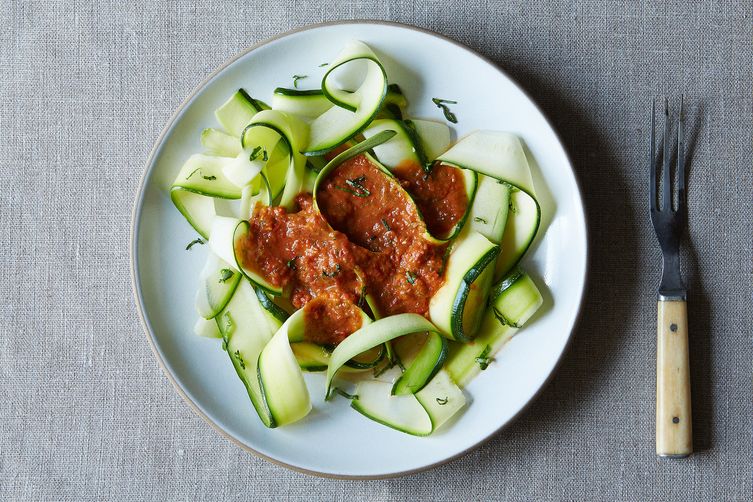 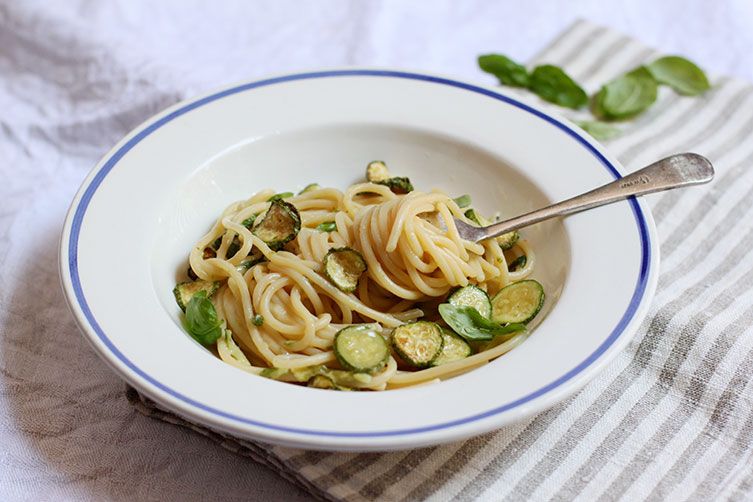 Zoodles versus spaghetti with zucchini


But who's to say that one is better than the other?

The problem isn’t with food—the problem is with language. That we rely on words and definitions to communicate is both language's beauty and its burden. It's nothing shy of a miracle that two separate people can conjure up similar mind-pictures when they think of "zebra" or "cloud" or "clementine." And without setting markers as to what a clementine is—it is small and orange and leathery—how would anyone create a specific picture of it in her mind?

Thus a definition is not only a "statement of the exact meaning" (again, the New Oxford American Dictionary)—it is also an outline, a boundary, a restriction. Language is inherently exclusionary and destructive, and it sets limits that may be stricter in abstraction than they are in reality.

In Maggie Nelson's book The Argonauts, she fights with her partner about this very subject:

Once we name something, you said, we can never see it the same way again. All that is unnameable falls away, gets lost, is murdered. You call this the cookie-cutter function of our minds. 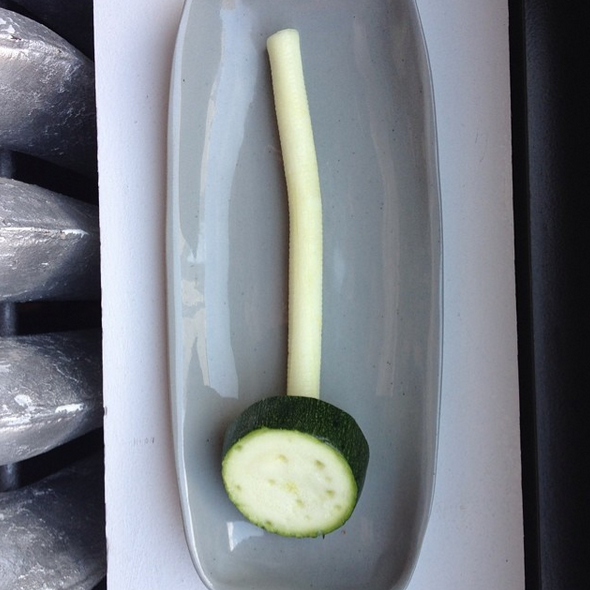 A zucchini, naked and scared, after being zoodled


So was my aversion to zoodles a submission to the straightjacket of language? Had I had allowed my strict sense of "noodle" to suffocate any possibility that this thing can be more expansive than I had thought?

In order to appreciate zoodles for what they are, I had to forget my noodle preconceptions. I had to stop thinking of them as noodles' competitor and start appreciating them as their own entity. 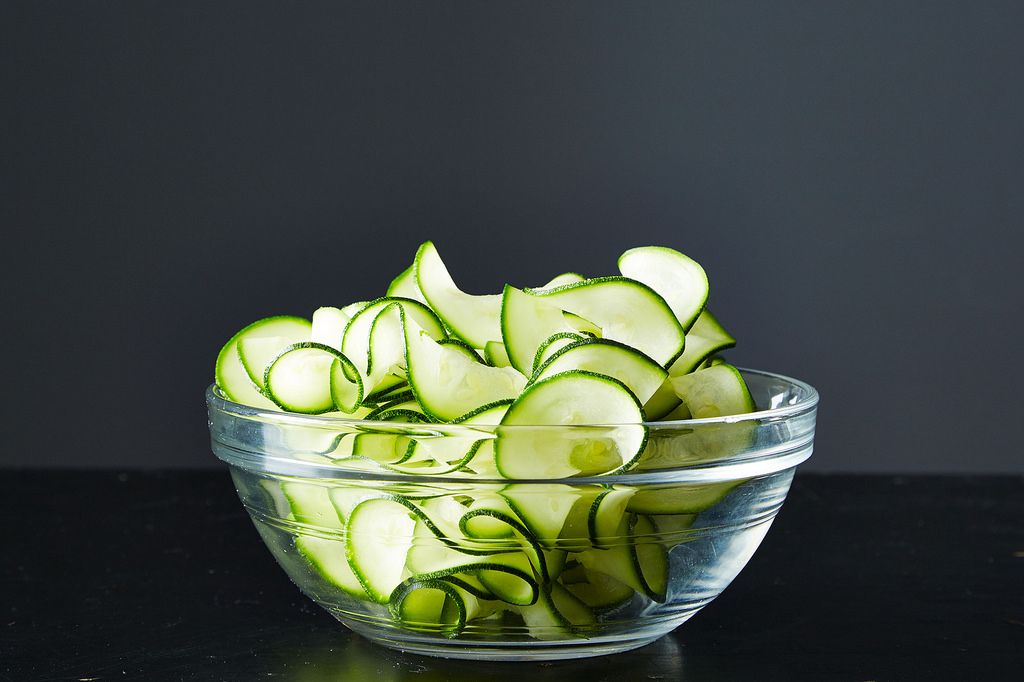 Ultimately, there's nothing so different between transforming a zucchini (or another vegetable) into long strands and using a mandoline to shave it thinly. Wispy zucchini ribbons can be eaten raw, but they're also fast to cook and take well to sauce. I like to sauté them in a bit of oil and dress them with a quick peanut-sesame sauce and top it with chopped scallions. Sometimes I toss the raw pieces with cooked pasta and melt in some ricotta and Parmesan. 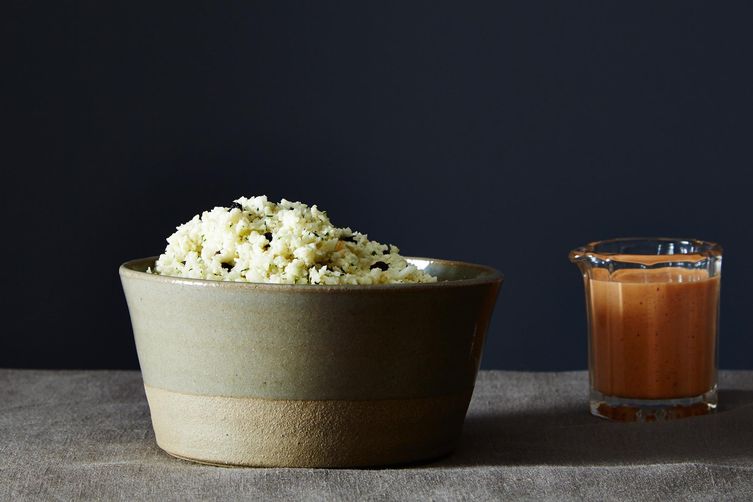 People are bothered by the fact that zoodles are zucchini masquerading as noodles. Food52 editor Caroline Lange sums this up nicely: "I have a real pet peeve when foods pretend to be other foods. Eat them as strands of zucchini, amazing and wonderful; but do not call them zoodles and eat them instead of noodles. They are not noodles."

Let's stop thinking of zoodles as zucchini noodles and start thinking of them as zoodles, period. Let's stop letting "noodle" get in the way. Call them shaved zucchini or zucchini strands if it makes it easier.

And while we're at it, let's give cauliflower rice another chance, too. But let's consider calling it "shredded cauliflower" instead.

Do you hate zoodles? Or do you love them? Tell us how you really feel.

arismomkaren July 27, 2019
I am reading this as my husband and I are eating the zoodles i made with San Marzano tomatoes, parmesan and some leftover swordfish. At first I was annoyed that (its the second night Ive tried the spiralizer) that the zoodles just dont taste like noodles. But my husband said....mmmmmm , this is so good. It was then that I realized ....they dont have to taste like noodles...They are their own thing. Just like a hamburger is not a chicken sandwich...and an apple is not an orange. So , i have decided that on recipe number 3, i will not expect the zoodles to taste like noodles, but rather appreciate them for who they are. !

Cedric C. October 25, 2018
Same ditto. I'm on low carb and these "substitute" recipes don't work for me. The only good news is that I'm trying new recipes, or don't miss the carbs. If the rest of the recipe "masks" the substitute (eg. pizza with a cauliflower crust, or the peanut butter in an almond milk smoothie), that's fine. But, yuck, nothing worse than being stuck with dinner and having a recipe's worth of food you don't want to eat!

Elise B. October 14, 2015
I love zoodles! Both the word and the zucchini. It's a playful word, that perfectly communicates what it means. It's also a lot easier to say than "long skinny threads of zucchini". Depending on the recipe, it can be a delicious and healthy substitute for pasta. I say we should embrace anything that encourages people to eat more vegetables, including spiralized zucchini, whatever you choose to call it.

Betsey October 14, 2015
Ok, while we're at it, can we stop calling things with no dairy in them "ice cream" or "creamy" or "butter"? Words do have meaning.

Shellie October 13, 2015
First off noodle refers to a shape. It is a noodle only a noodle made from a zuchinni not from pasta. That is the distinction. Pasta and zuchinni are obviously different and if for some reason one thinks they will taste the same then that's on them. We refer to lots of things as noodles and that's what happens with language and how it sometimes changes. There are so many other things to get fired up about in the world and people are upset about the zoodle?

carswell October 13, 2015
I recently bought a spiralizer and gave it a try yesterday for the first time. I made "zoodles" and put them in an oriental style spicy soup with crispy sautéed ground pork. Oh Em Gee - good stuff.

No, zoodles are not pasta - but they make a great substitute for real noodles and offer a tasty way of increasing your all important vegetable intake without sacrificing taste or texture.

Leslie R. October 13, 2015
I would rejoice the day grown adults used the word vegetable and not "veggies". To read comments about food and ideas about food with the word "veggies" diminishes the wonderful world of vegetables. Something to consider.

It realize that Food52 is a site for food writers (and not photographers or videographers).

Turn off the volume and watch this YouTube video of a guy gutting a trout:

Do you need someone who doesn't understand English can get anything from this? I do.

byb October 12, 2015
This article is THE BEST! I feel like you and Caroline Lange have crawled into my brain!

Abigail O. October 12, 2015
Absolutely love this article. So well put. I recently wandering down a similar blog rant about claiming that vegetarian dish stand ins taste "just like the real thing" or "you won't even know the difference"--fine, it's great and I'll eat it (and even, maybe, really love it)--but don't tell me I won't know the difference between cream sauce passed down from a cow and the same passed down from a soaked cashew. Great read!

Niknud October 12, 2015
Love the zoodle! First, it's a fun thing to do with veggies and just because I'm a grown up doesn't mean I don't like to play with my food. Second, veggies that would normally get pushed around the plate by my children while giving them simultanious side eye, dissapointed face AND a suspicious scowl, get gobbbled up. Yah zoodle!

aargersi October 12, 2015
I am ON team ZOODLE! First off, twirling veggies is fun. Second, yeah what you said - you can do so many things with them. I like twirling beets then making a beet, balsamic and mint salad with lemon. I like twirling zucchini and then giving it a quick cook with ginger and garlic. Thick twirled sweet potato baked in a HOT oven just with salt and olive oil - YUM! And just good ole fried twirly crispy Idaho spuds.

Also my zoodle-maker thing is lime green so it's pretty.

Now, what are we going to do with all of those poor leftover veggie ski-lift thingies we are creating???

Allyn October 12, 2015
I feel the same way about spaghetti squash. It's not pasta, so don't pretend like it is. All of these "noodle" hybrids have their own unique textures and flavors, and they are so much more delicious if you approach them in that way. A bowl of spiralized vegetables will never comfort you in the way a bowl of pasta will, but that doesn't mean that they aren't comforting and delicious in their own right.