Worth It or Not Worth It: Soaking Dried Beans

Soaking dry beans, for many, is a given. It cuts down on cooking time and, as the Bean Institute will have you know, breaks down flatulence-causing compounds. Plus, although there are a variety of methods, it is a relatively straightforward process: soak, discard soaking water, then cook. 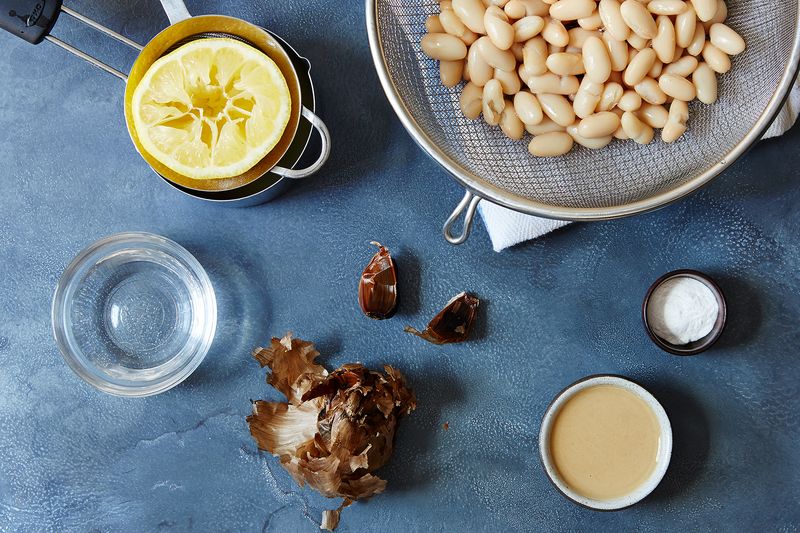 Russ Parsons and J. Kenji López-Alt, on the other hand, are anti-soaking. One seems to have converted the other, at least as far as black beans go. And according to López-Alt's experiments (in which he tested out soaked, unsoaked, and Weizenberg's favored cooked-in-soak-water beans), the difference between cooking time was a mere twenty minutes. The key here, though, is that he found unsoaked beans to be packed with flavor while the soaked beans tasted watered down (pun fully intended). And it's worth noting that Parsons has firmly held his anti-soaking stance for over twenty years. 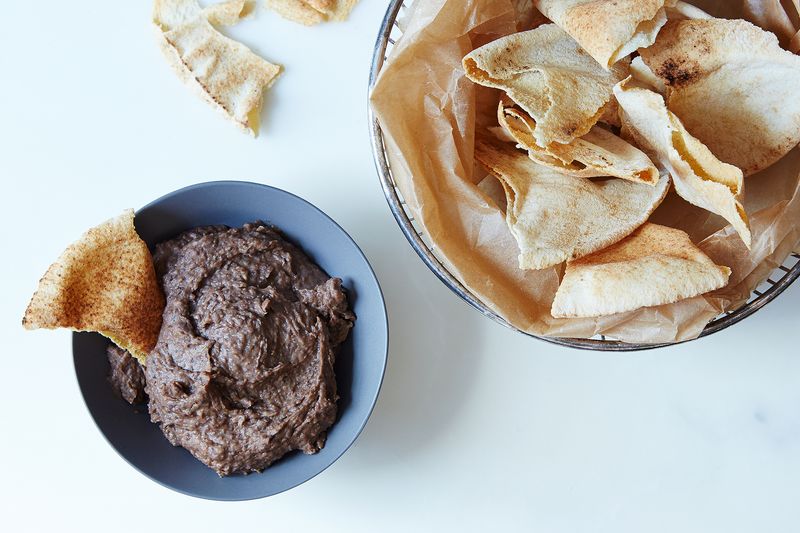 Verdict: Not Worth It—It's not worth compromising flavor or taking the effort to prepare an overnight soak if the difference between cooking time is under thirty minutes.

(And, in case you're curious, according to the USDA and rigorous fieldwork, soaking makes no difference regarding the toot factor.)

How do you feel about soaking beans? Is it really that much of a time saver? Do you find that beans just don't taste as good? Does it depend on the bean? Tell us about your adventures in bean soaking!

J October 10, 2018
I cook a lot of beans, always from dried. There's a huge difference in cooking times for dried beans depending on whether you ordered them from Rancho Gordo -- which may have been harvested and dried last month and will cook quickly -- or are using beans in the dusty plastic bags in your supermarket, which may soak overnight and still require 3+ hours to cook, whether stovetop or in the oven. In other words, in my experience, it's impossible to generalize about soaking/cooking times for "dried beans."

Emma S. October 10, 2018
Exactly. And quite frankly after using Rancho Gordo for years, have never considered using any other brand. Nothing else comes close.

RY October 31, 2017
I posted a serious query regarding the toxicity of dried beans. I have been cooking dried beans for over 50 years using my mother's old method of sorting out any little clods of dirt or rocks, soaking overnight, then boiling for a couple of hours before proceeding, so I think I have a fair handle on how to cook my beans. Only recently, have I omitted the overnight soak and was tempted to try a "slow cooker" recipe that a friend sent me, when by pure accident, did I come across the article at this link http://wildoats.com/blog-posts/undercooked-beans-dangerous/ I was merely attempting to get an informed and independent take on the "facts" as presented. I do not wish to poison my family or friends by failing to get my beans to a temperature that will render the toxins harmless.

trvlnsandy October 31, 2017
Better to be safe than sorry. I found nothing definitive.

Stephanie J. October 10, 2018
Hi RY,
From everything I've read, it's specifically kidney beans that have the possibility of being toxic, but only if cooked improperly. This is info from Dr. Weil's site:

Be aware that raw kidney beans contain a toxin called phytohemagglutinin, which is destroyed by boiling the beans for at least 10 minutes prior to slow cooking. Therefore, kidney beans cannot be enjoyed in their raw, sprouted form (as some other beans are). If you are going to slow cook them at a more moderate temperature please remember to boil them first for the required 10 minutes.

So, as long as kidney beans are boiled for 10 minutes, they can be slow cooked and harmless. Sorry this response is so late!

Stephanie J. October 29, 2017
I've cooked beans every which way for the last 25 years, and I find them all to get good results. By far the easiest method is the slow cooker--just toss everything in, turn it on and forget it! This is what I do when I have lots of other tasks at hand and can't babysit a pot on the stove. That being said, sometimes I enjoy the meditative state achieved by watching the pot, being more in tune with the beans as they cook, adding more water or a seasoning of some sort. It just depends on my day. As for soaking, in my experience, it lessens the cooking time significantly, especially with bigger or harder beans like cannellini or chickpeas. That is, of course, if I remember the night before! Lastly, as far as flatulence is concerned, it is my understanding that when we consume beans with regularity, our bodies can more easily digest the long-chain sugars which reside in all legumes, so I say eat beans every day!

Sarah October 29, 2017
I have cooked pinto beans every two weeks for the last 40 years. I never soak the beans and they come out creamy with no flatlance problem.

RY October 29, 2017
I have read several articles, recently, regarding slow cooking of beans that caution us to make certain that our beans boil for at least 15 minutes to release harmful toxins in the beans that can make us very ill and perhaps even kill us. I would like a verification of this, especially in light of my age and the authors' avowal that small and old adults are most at risk. Thank you for your assistance!

Karen T. November 15, 2016
My mom taught me to soak beans and I used to cook the beans in the soaking water. I don't do that anymore, I throw out the soaking water and rinse the beans several times to slow down the amount of gas that you can produce after you eat them.

Dorene November 13, 2016
sometimes I soak my beans, and sometimes not-either way I put them in the pressure cooker for 12-15 minutes and they are always buttery-this method I've found to be really the best

Karen T. October 7, 2016
I was taught by mom to always soak the beans overnight. I found out on my own to throw the soaking water out because you won't have a lot of gas when you eat them.

Tom January 18, 2016
tried it without soaking, not as tender as soaking, back to the old way with a bean pot, which also is a must. I also use pure maple syrup and less mollases

tracey181 January 18, 2016
I'm starting to think I should slow-cooker cook my dried beans from now on? I've never had success with soaking and feel really silly about it. How is this hard?

JaniceB April 24, 2016
I've been using my slow cooker for cooking my dried beans since I read deb perelman's note in her smitten kitchen book. And if that's good enough for her AND kanji, it's good enough for me. I make big batches and freeze whatever is left. So much better and less expensive than canned. Plus you can add the seasoning that YOU like.

Deedledum May 22, 2016
It's so easy you'll never do it any other way. Far less chance of ending up with mushy, overcooked beans too.

Fairmount_market October 20, 2015
I prefer to cook dried beans, without pre-soaking, in a slow cooker (3 to 3.5 hours on high, but each slow cooker is different). This achieves the optimal slow and low cooking, with no attention on my part.

HalfPint October 20, 2015
Me too. My beans don't fall apart now with the brine soak.

Darren October 19, 2015
Mine always are as hard as bullets, soaked or not. Tried not adding salt until the end as well and the pressure cooker method. What's everyone's best recipe for good baked beans on gas cooker/oven?

Ziad October 19, 2015
One way of cooking beans that I've been using for a long time (learned it from Fine Cooking) is to boil the dry beans (no soaking), turn the fire off, cover the pot and let sit for 30-45 minutes. Works every time.

Sue October 19, 2015
Why not used canned beans? Easier, flavorful. Am I missing something?

trvlnsandy October 19, 2015
That was the point of the Cooks Illustrated segment on PBS -- most people assume dried are better, but the Cooks segment said you never know how old the beans are, and if well rinsed, canned often tasted better. They preferred certain brands, but....

J October 13, 2018
Some canned beans are excellent. One plus is that they generally produce less flatulence than beans cooked from dried. However, in my location I can't buy BPA-free cans, so I always cook from dried. I also like the variety of beans I can cook using dried, and the value I get by purchasing via the internet. For the last year, I've been using my Instant Pot to cook soaked beans, and it's divine: always perfect beans, perfect texture in minutes.

trvlnsandy October 19, 2015
Although, according to Cooks - you're better off buying certain brands of canned beans.

Tom October 19, 2015
I usually soak, then cook on stove top till skins pop when you blow on them, then discard most of the water, and add water, dry mustard, molasses, and brown sugar, and bake over nite at 200 degrees, also salt pork is a must. Next time will try without soaking

Carole C. October 19, 2015
My mother cooked her pinto beans in a pressure cooker, but didn't use that method for dried blackeyed peas because the skins all fell off and made an ugly mess. I always soak beans for 12 hours, adding 1/2 tsp ground ginger to the soaking water to relieve the flatulence problem. Simmer and add boiling water as needed. Add a bit of sugar from the start but add salt late in cooking to ensure tender beans. Learned this from a man who was a Navy cook on ships for years.