What to Cook from Zahav by Michael Solomonov

Zahav: A World of Israeli Cooking by Michael Solomonov and Steven Cook captures modern Israeli cooking—a feat that isn’t easy when what that means is constantly changing. Israel is a young country, still absorbing the traditions of its immigrants. In barely half a century, the cuisine has met and incorporated Eastern European, Persian, Yemini, and Argentinian flavors, just to name a few. 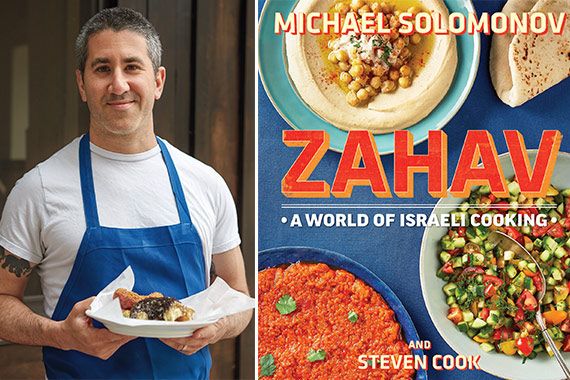 This makes the food in Zahav wildly exciting—here are the recipes to try first:

If you make one recipe:

Hummus Tahina. This recipe may or may not be why you’ve heard of the book—either way, you just have to make it. My friend who has lived all over the Middle East and her Israeli husband say it’s by far the best hummus recipe they’ve ever found, and my much-less-informed self feels the same way. Plus, it’s easy: There’s certainly no peeling chickpeas and you don’t even have to peel the garlic. 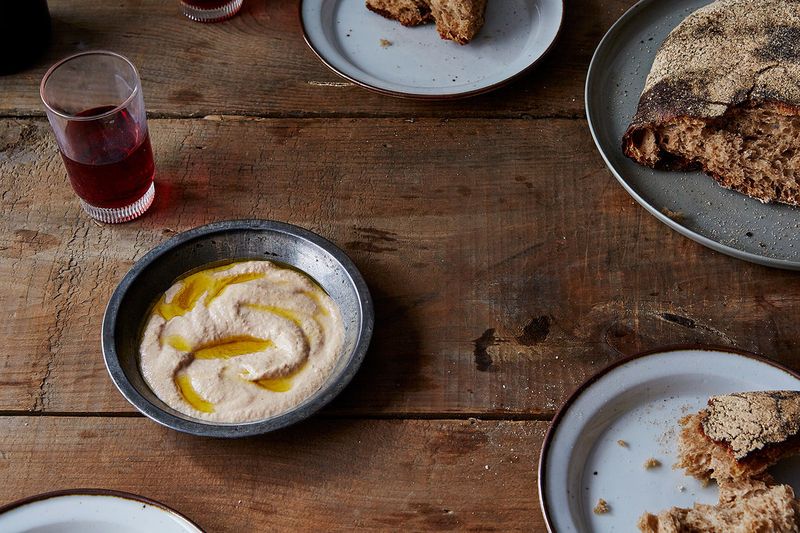 If you make two:

Crudites with Green Tahina. Whereas you blend chickpeas and basic tahina sauce to make the hummus, for the green tahina, you swap beans for a combination of parsley, chives, dill, mint, and cilantro.

Pickled Persimmons. These persimmons—pickled with dates, dried lime, garlic, and cardamom—are so good I’m looking for ways to incorporate them into every meal right now. They have perfect balance of sweet (from the persimmons themselves, the dates, and some sugar) and sour (from the dried lime and vinegar) and enough garlic and spices to make them all you’d need to add to grains or salad greens to make a complete dish. It amazes me what magic a few pantry items and produce that doesn’t seem like it should grow in this climate can make! 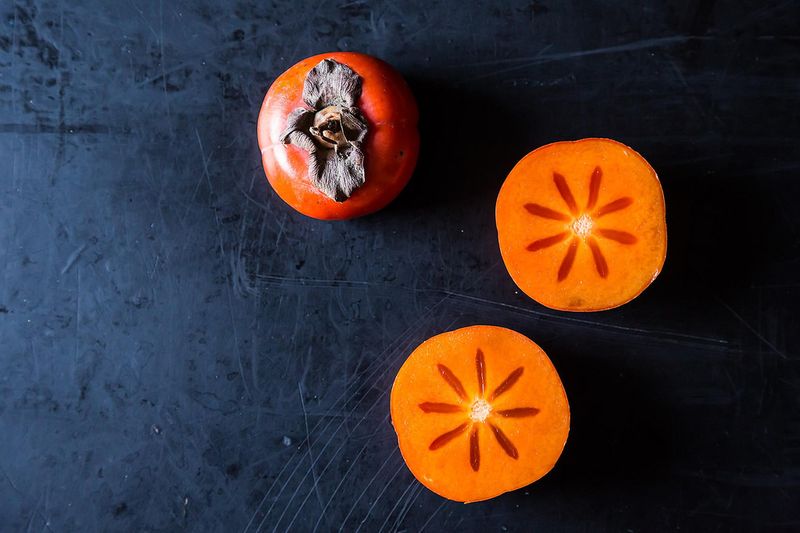 To serve to Thanksgiving guests:

Yes, there’s a green bean casserole made with tahina and lentils, but that would be too obvious. Kale, Apple, Walnut, and Sumac-Onion Tabbouleh is my choice, though the name is a little misleading since it doesn’t really have much in common with tabbouleh. There’s crushed walnuts instead of bulgur, shredded kale instead of herbs, and diced apple in place of tomatoes. The dish is perfect for Thanksgiving because tabbouleh is an heirloom recipe—but adapted for fall. So yes, it’s a kale salad, but also the spirit of the holiday (and the book).

Sumac Onions. Sumac is a dried and ground berry that’s reminiscent of lemon, so these pickled onions are more tart than the average ones and are like pickles and citrus in one. You can serve them right away or let them marinate to take some of the sharpness out of the onions and let them turn a beautiful shade of pink. 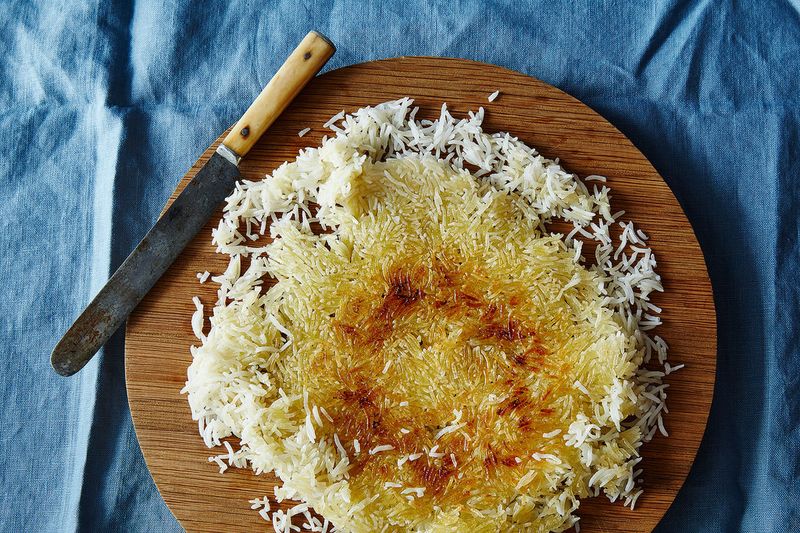 The technique you can finally master:

Persian Rice. The instructions for making Persian rice (also known as stuck-pot rice or tahdig) are clear while leaving you room to trust your instincts. The basic technique is to parboil the rice, drain it, add oil to the cooking pot, put the rice back in, and steam it. When the rice is finished steaming, the bottom layer should form a golden, crispy crust. When I made this, my rice was perfectly cooked and I ended up with a tahdig (crunchy layer) to be proud of (this hasn’t always been the case for me). Note: The recipe calls for a lot of turmeric, which is a little dangerous if you’re a messy cook like me. Most of my tea towels are now stained, but I’ll reserve them for making this dish again and again. 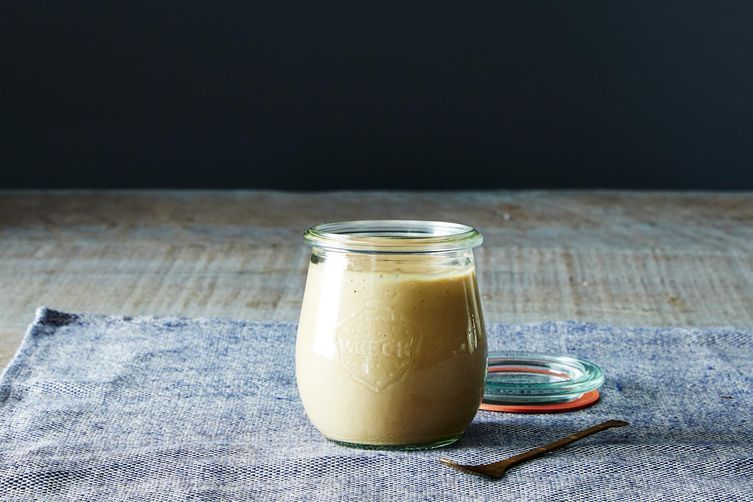 Tahina Shortbread Cookies. There’s a whole chapter devoted to tahina (we commonly use the Greek spelling, tahini)—including a few sweets. This cookie is just barely sweet, so it could go with after-dinner drinks or coffee. I cooked a few batches to different shades of doneness, and the ones that cooked the longest (I might have accidentally burned them a little) were wonderful: The bitterness of tahini and the sweetness from the sugar were really well balanced.

Grilled Mushrooms. You’re probably thinking: grilled mushrooms, eh, nothing new. But here, they’re given special treatment: First, sturdy mushrooms like cremini or king trumpets get steamed so they don’t dry out over the grill. Then all the flavorful juices from steaming the mushrooms are puréed with onion, parsley, chives, and allspice to make the marinade. (It’s the allspice that helps the mushrooms taste, for lack of a better word, meaty.) Whereas cumin or coriander might overpower, allspice compliments (probably why it’s the secret ingredient in other grilled dishes like jerk chicken or escabeche). Finally, you use an Israeli grilling technique, getting the mushrooms close to charcoal, which gives you more charred edges and smoky flavor than your average portobello at a cookout. 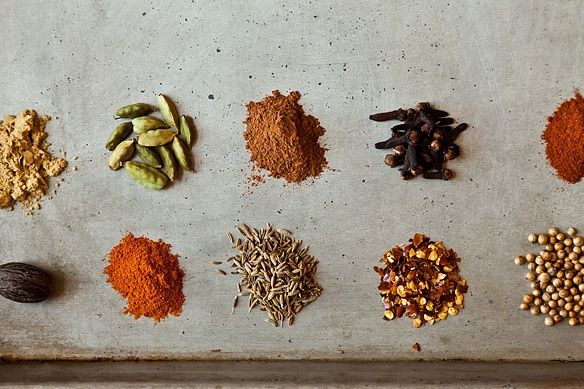 To cook all weekend:

Yemenite Beef Soup. Solomonov opens this recipe with a really touching essay (spoiler: The dish is responsible for some father and angsty-teenage son bonding, plus helping Solomonov get through a rough patch). The dish involves short ribs, which marinate in the signature Yemenite spice blend hawaij (turmeric, cumin, and black pepper) and then stew with tomatoes, potatoes, and herbs for about three hours. The accompanying fiery fresh chile relish schug and injera-like bread lachuch will take some time, too. But the sum of all three parts is a hearty, memorable meal. The key is in the details, though. As Solomonov puts it: “The turmeric somehow makes the potatoes taste more like potatoes.”

First photo by Michael Persico, second photo by Alpha Smoot, all other photos by James Ransom.

heatheranne November 28, 2016
Smitten Kitchen slightly adapted the kale tabbouleh recipe, substituting Brussels sprouts and it's amazing. My new favourite salad hands down. I just ordered the book. I love the cuisine from that part of the world - so fresh and vibrant!

Millette K. February 24, 2017
Would you even state the word Smitten Kitchen, when this post is clearly honoring Michael's extraordinary recipes

laura February 28, 2016
I made the Yemenite Chicken Soup recipe from the book today, and it was divine - like liquid gold, so restorative and homey, and those potatoes, ah, delicious. The turmeric-cumin-pepper spice combo does magical things. I can't wait to make more from this cookbook.

Variation for the rice- put some thinly sliced potatoes in the pan before adding the rice back in. To determine when the rice is ready to drain bite a piece the hard white should be just gone.

gugs November 7, 2015
I have already made the cheese borekas from scratch and the laffa. So delicious both of them.

anaj November 6, 2015
one tip concerning the Persian rice, aka 'tahdig', aka 'ohmygodamazing': when you wrap the lid of your pan in a towel to absorb the steam from the rice, make sure that towel does not smell heavily of laundery detergent, or your rice will taste like laundry detergent.
Signed:
been there, done that

Valhalla November 6, 2015
As soon as I get my hands on some fuyus, the persimmon pickle is on my to-do list!