The two candidates in US Weekly's Who Wore it Best are sometimes comically mismatched: Kim versus Kanye; a Real Housewife versus Taylor Swift; anyone versus Beyoncé.

Other times, it's practically a draw: Cate Blanchett versus Kate Winslet; Nigella Lawson versus Giada De Laurentiis; Amanda versus Merrill. (I'm pretty neither one of the two last match-ups have ever happened, but can you imagine if they had?!) 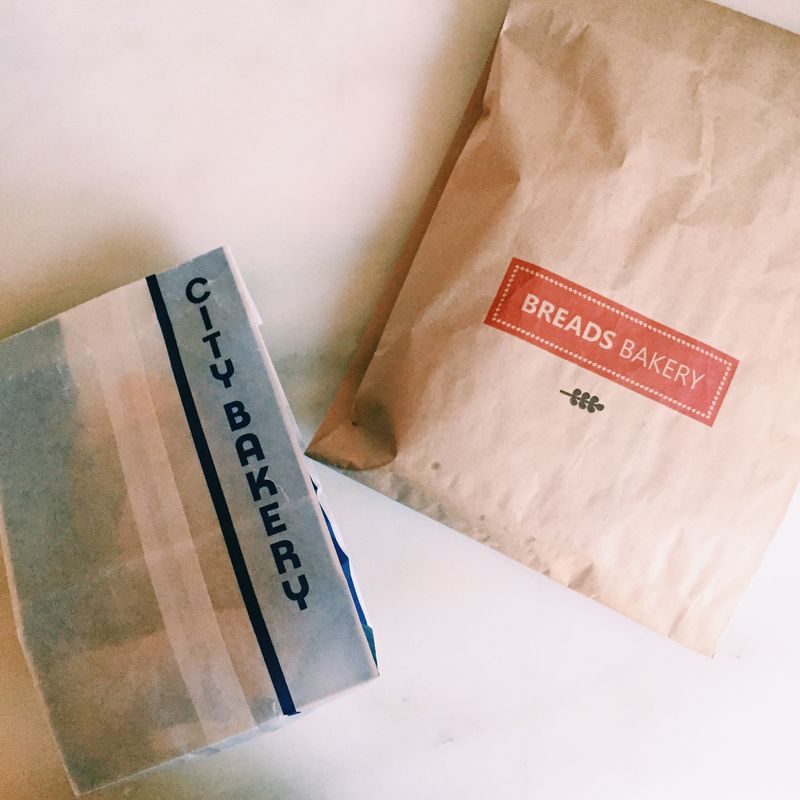 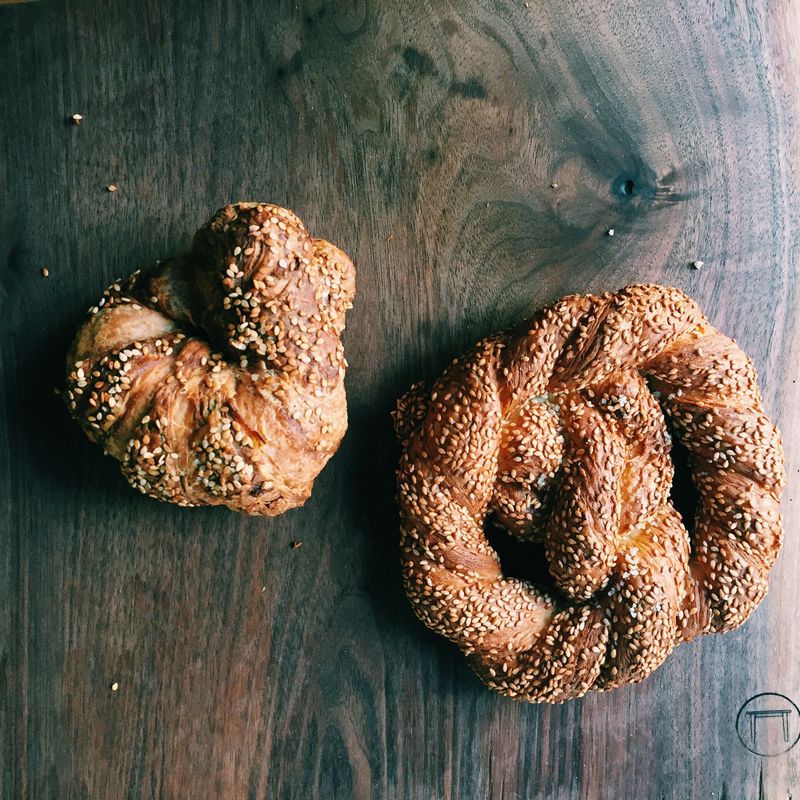 
So when we noticed that Breads Bakery had put out a cretzel, we wondered how it would compare to City Bakery's famous pretzel croissant (which has its own website—an unfair advantage?).

Would this be a Kim versus Kanye or Cate versus Kate situation? We had to taste the two to find out. 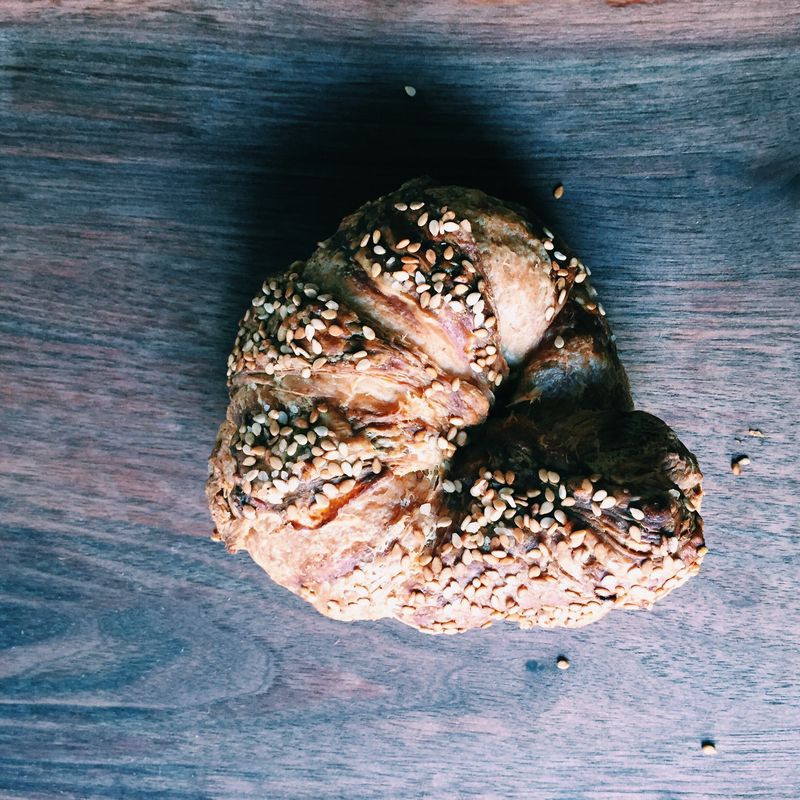 Denser than a standard croissant yet still flaky, with visible wispy layers, City Bakery's pretzel croissant is just as buttery and gone-before-you-know-it as the traditional kind.

The pastry itself had a "pretzel-y" taste, largely due to its remarkable, addictive saltiness. We also suspect it's made at least partially with a flour that's not white (editor Caroline Lange guesses rye flour). 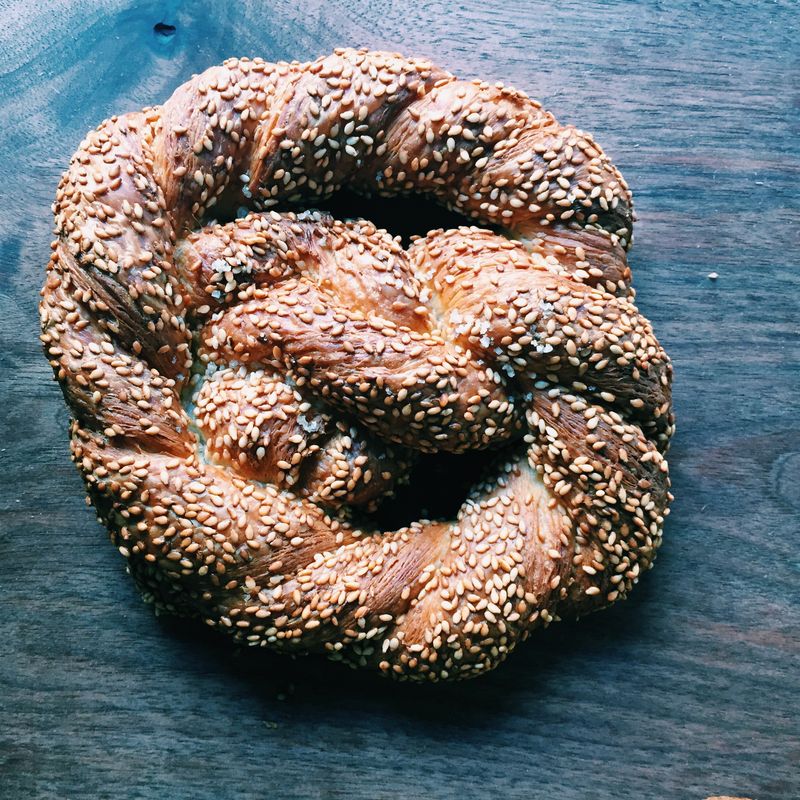 Breads' cretzel, on the other hand, leaned more towards sesame than pretzel; some of our very official tasters (read: Food52 employees) said it was more akin in flavor to toasted sesame bagel than a pretzel.

While it wins points in the appearance category (look at those twirls and bends), it was drier and less buttery than the pretzel croissant. It also had fewer visible layers (perhaps because the puff pastry is being contorted into such a thin shape?). 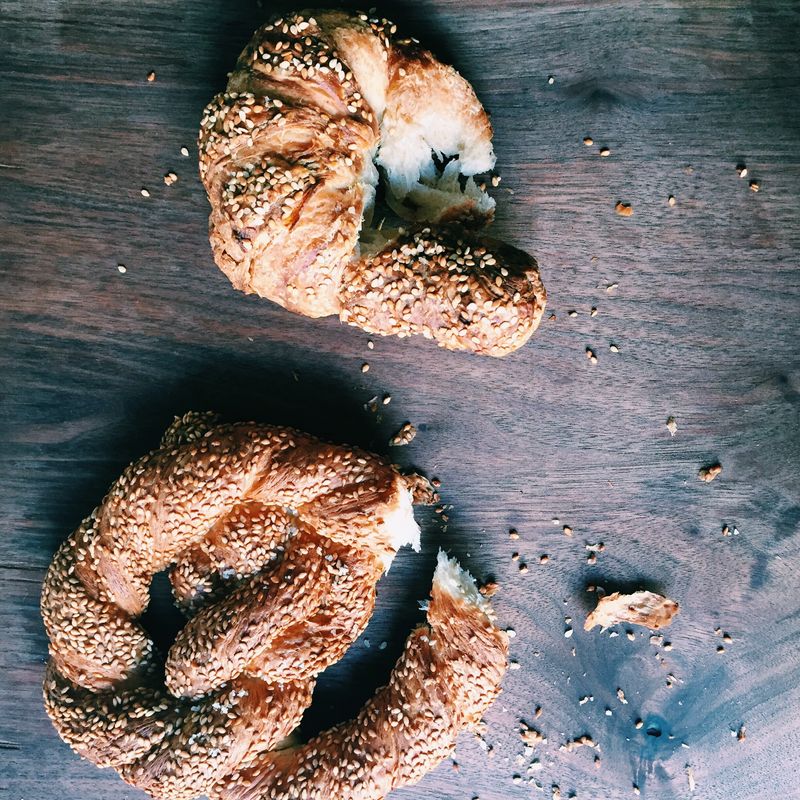 So who wore it best?

In the end, they both looked—and tasted—very good. There were a lot of sesame seeds shed, which left us wondering: Since when are pretzels synonymous with sesame seeds? (If you have the answer to that question, please let us know!)

We'd go for the pretzel croissant when we want something salty and buttery, whereas we'd buy the cretzel to impress our friends or when we want an airier version of a sesame bagel. 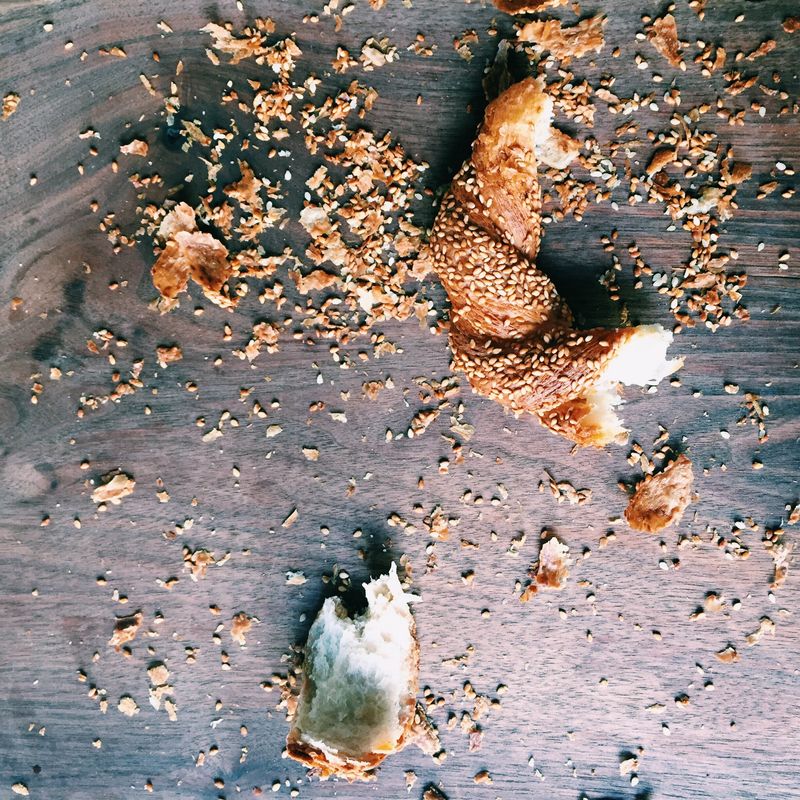 But ultimately, we liked them both.

And we ate them all.

Which would you rather eat? Tell us in the comments below!

Bec November 5, 2015
I haven't had a bagel in a while. I don't know the answer to the pretzel/sesame question, although I do know of a Turkish bread called 'Simit' that looks similar. Hope this helps.

frecklywench November 4, 2015
I am a longtime fan of the pretzel croissant-- now I have to try this upstart cretzel!

Sonnenstern November 4, 2015
In germany it is quite common to top pretzels with all sorts of seeds and nuts, most commonly sesame and poppyseed! And I would say that we indeed have a combination of pretzel and croissant, too. It's called Laugenpretzel and it's like a common croissant which was bathed in sodium hydroxide solution before baking, just like regular pretzels :)
Author Comment