If you are a follower of Green Kitchen Stories, you will know the blog for its vibrant vegetarian recipes, stunning photography, and the love that pours out of its founders, Luise Vindahl and David Frenkiel—love for what they do, but also for each other and their young family.

David is Swedish, while Luise is originally from Copenhagen. Looking at the two, you'd guess that they met in some impossibly romantic way. Which they did. In Rome, no less. 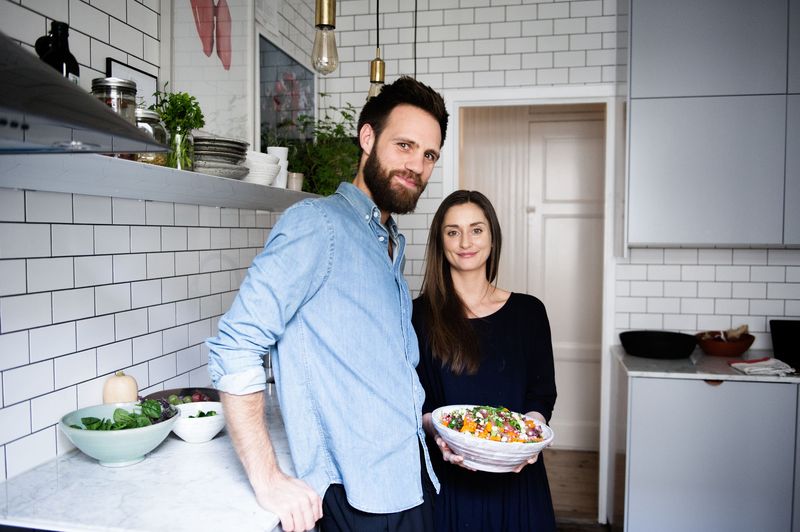 David was living in a tiny apartment by Campo de’ Fiori, working as a graphic designer at a magazine. “I had this dream of being Italian, I wanted to be a Roman guy! I love the food, the culture, the warmth, that soft European thing. But I started looking for an Italian girl. And then I found Luise…! At first I thought she was Italian, actually! She was visiting Rome, and we met on the dance floor of a bar.”

At the time, Luise was working in psychiatry, and they went back and forth between Copenhagen and Stockholm for a year before finally settling in David’s hometown. It was after moving in together that the two began combining their cooking skills. For Luise, David’s vegetarianism meant navigating her way around meatless cooking. For David, Luise’s deep knowledge of superfoods meant rejiggering his love of Italian soulfood and quick meals. 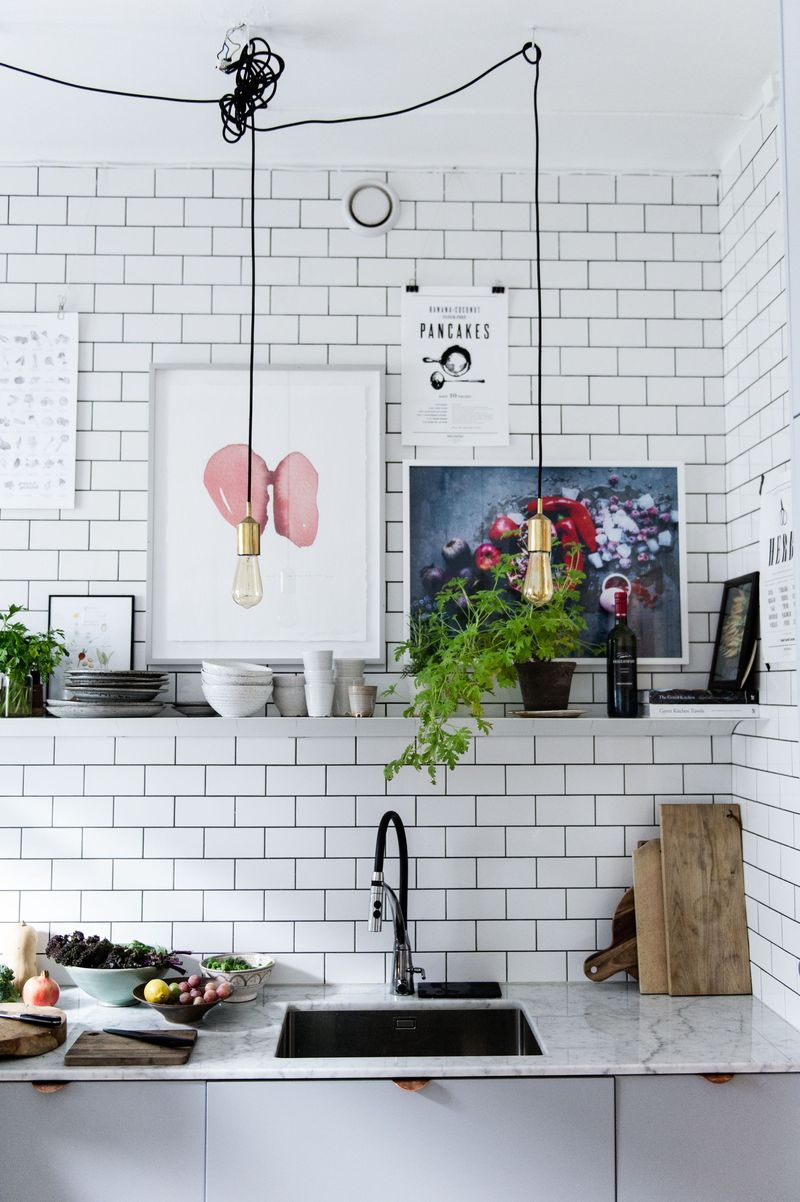 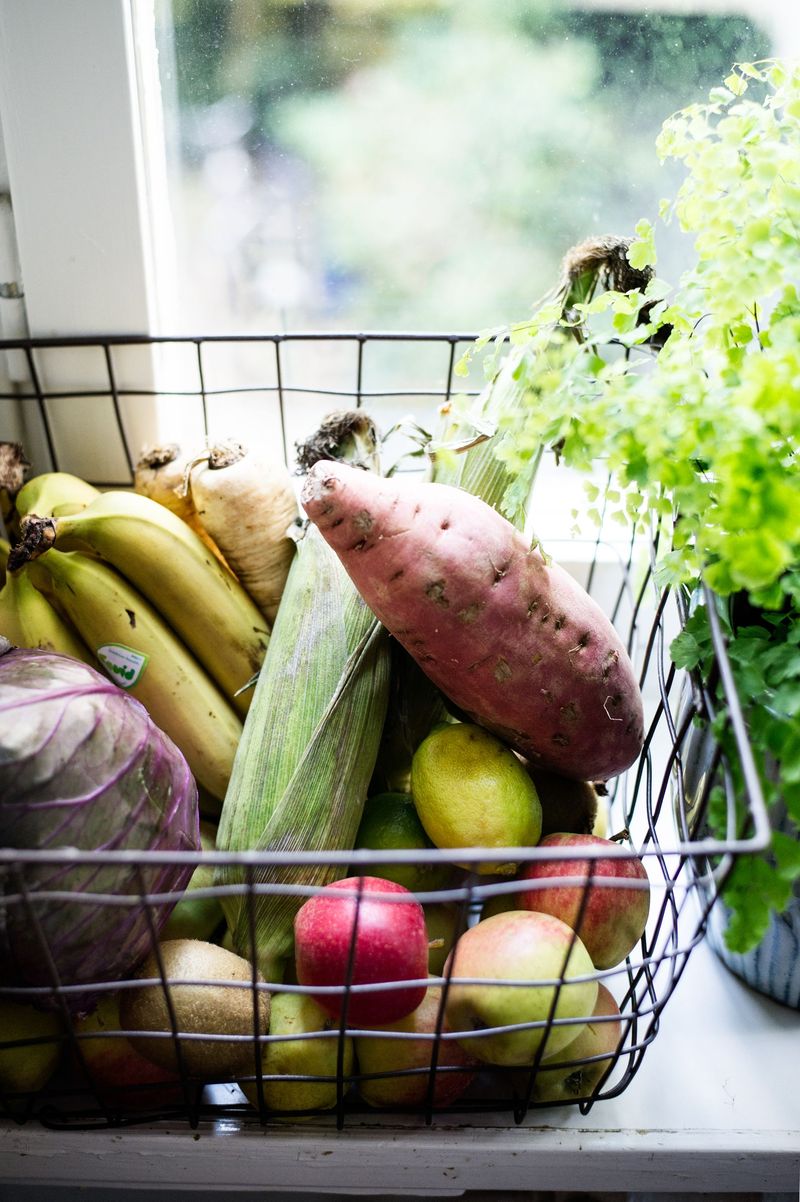 It was during these first few years of sharing a kitchen (which had a bright green wall) that David and Luise began shaping the Green Kitchen Stories blog. “It started out as us just wanting to have a recipe collection," Luise explained when we visited their apartment.

This was back when blogs were largely reserved for fashion and tech. Food blogging, David told us, was almost frowned upon. “Back when we started, the magazine industry really looked down on blogging. It was so new back then. But blogs were growing and growing. We thought of it as a fun experiment. We wanted to see what we could do with it. People were food blogging, but there was a lot of bad food and terrible lighting in photos. We wanted to do something that had more of a magazine style to it.” 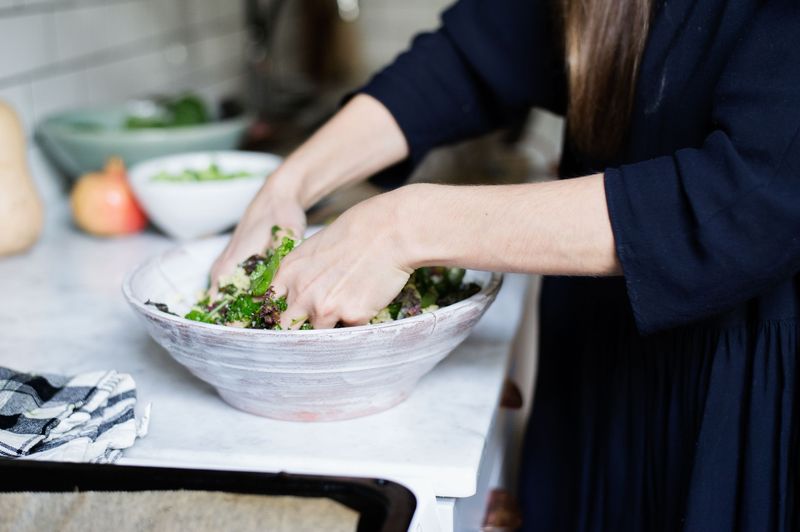 Armed with his photography skills and experience in magazines, David’s focus was upon creating a visually appealing site that showcased his and Luise’s hearty vegetarian cooking, that people could turn to not just for health inspiration, but also for the love of cooking and photography. Six years, two cookbooks, a successful app, and a massive international following later, it’s safe to say they succeeded.

When you look at the photography on Green Kitchen Stories, you might assume the site is produced in some airy studio space. But everything on the blog is created and shot in their apartment, which they share with their five-year-old daughter Elsa and their one-year-old son Isaac. Since having their children, Luise and David have moved from their original apartment, where the blog began, into a new space that's a mix of Scandinavian style and homey touches, decorated with art and souvenirs of their travels together. 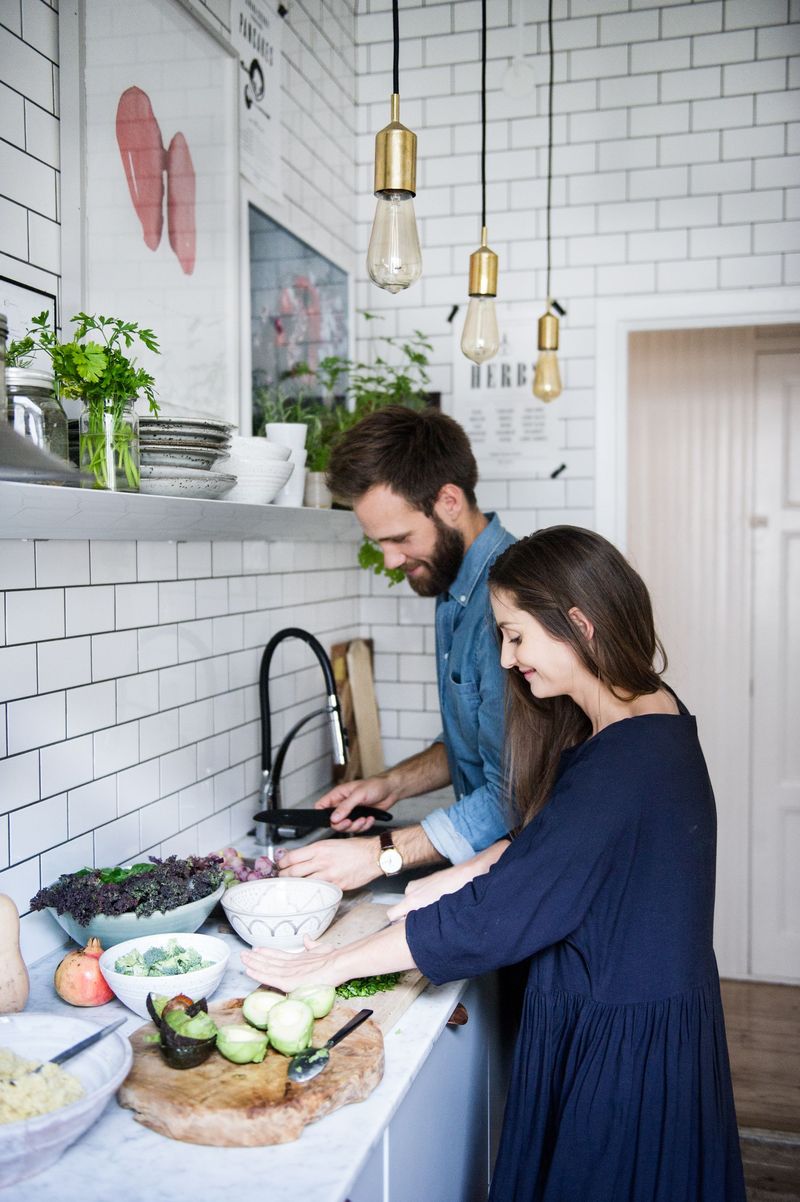 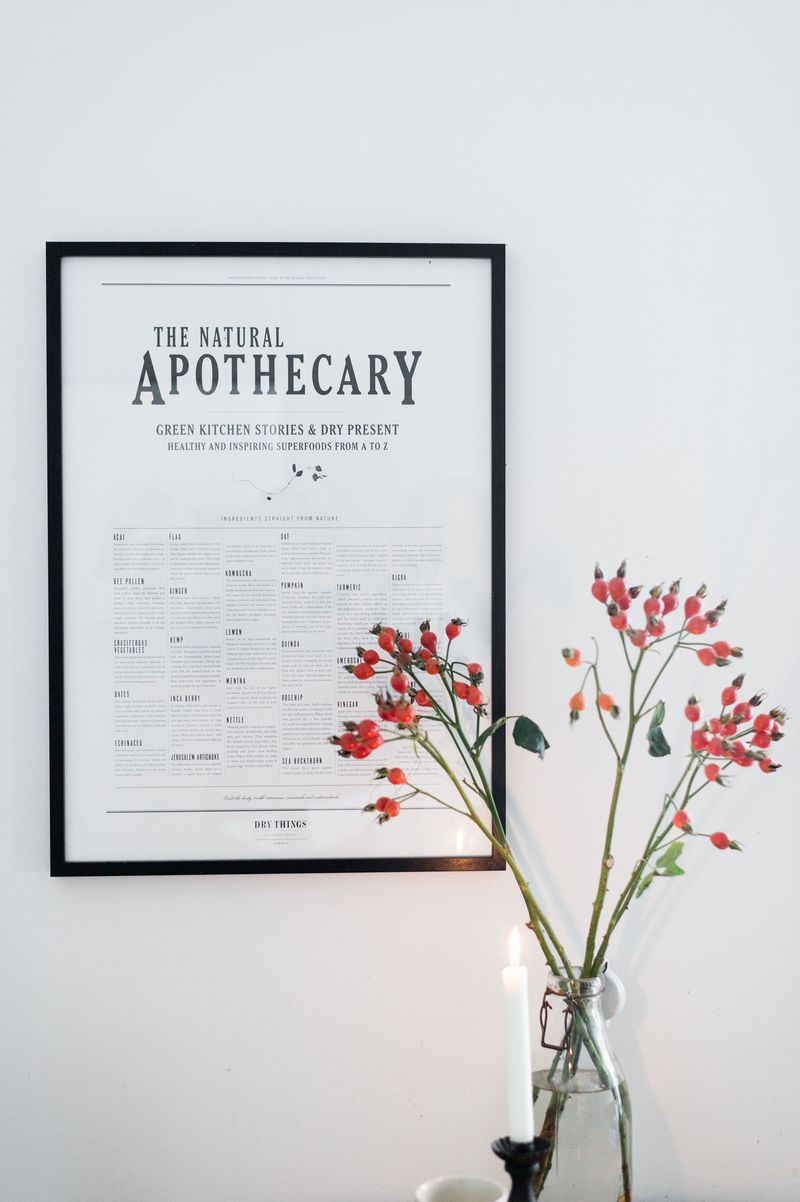 In the kitchen are little tokens of their success: artfully-designed posters of their recipes on the wall and test shots from their new smoothie fanned out on the a table. “It is a complete surprise to us, how well it’s all gone," said David.

“People always ask ‘Why you?’ and we really have no idea!" added Luise. "We never started this thinking it would be a business. That was never the plan. It was always just a fun, creative thing. After a couple of years we started an app, and after that we were contacted by a book publisher. We both still worked at that point. It was only then that we realized we needed to commit our time to Green Kitchen Stories. It was all a happy accident, I guess!” 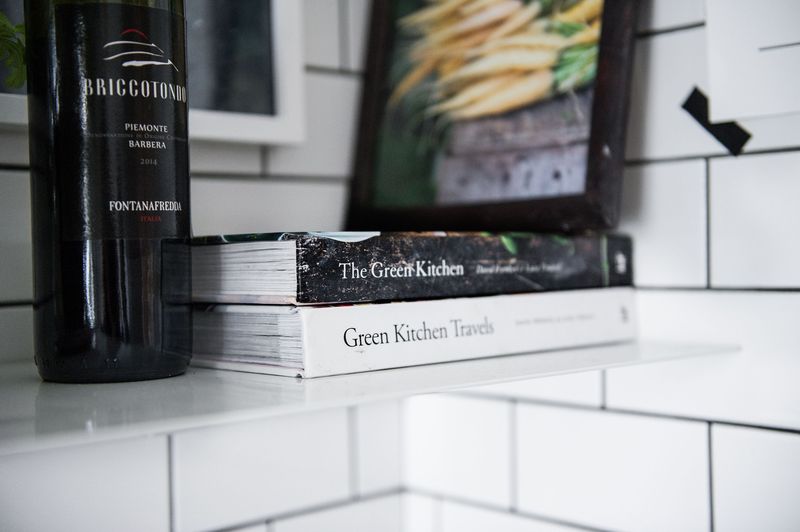 As effortlessly perfect as the pair appear, it's not always easy to work with your spouse. “We appear calm. But no, it’s not always easy,” Luise says. “It’s hard to find the balance between our own private relationship and the blog.

"Sometimes it’s like ‘Are we working now, or are we having dinner?’ We have to actively stop talking about work. That can be a challenge. It’s not always perfect, but it has brought us so much," David remarks. 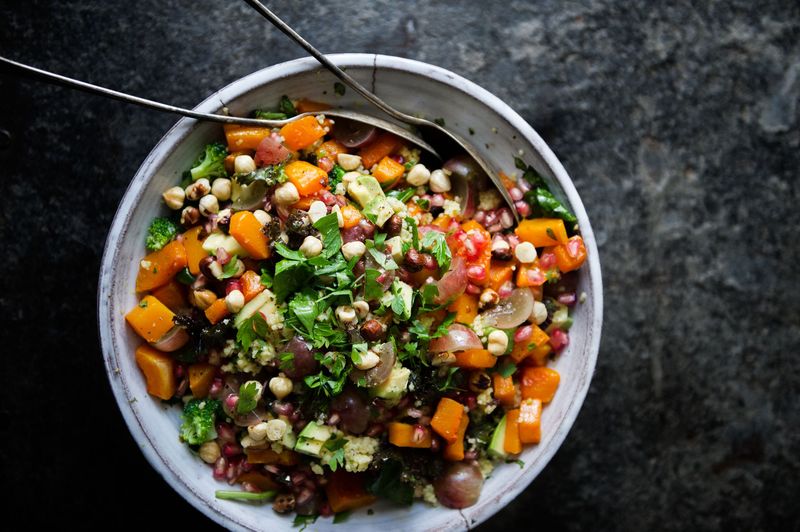 The meal that David and Luise made when we visited their home—a huge winter salad of roasted squash, millet, pomegranate, avocado, hazelnuts, and grapes mixed with a basil, garlic, and lemon juice dressing—is a perfect example of why they have become the faces of vegetarian eating for the masses.

There is nothing preachy or self-denying about their food: They consider the taste and aesthetic of their food just as much. “It’s a common misconception to think that good, real food is 'health food.' It’s not. It’s really just how we should all eat.” 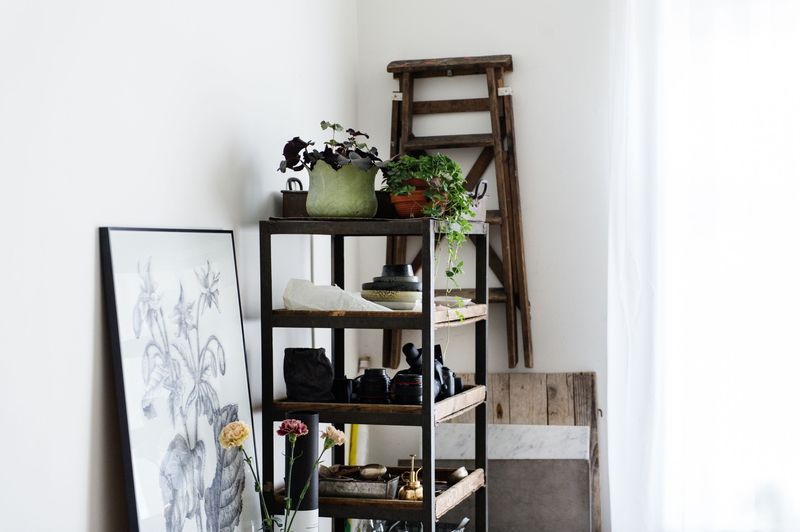 Most of David and Luise’s fruit and vegetables come from an organic cooperative, delivered to them at home. “Eating like this is expensive. There is no shortcut. But you don’t have to cook with expensive exotic superfoods. If you look around you, there are so many superfoods. Rose hip is the Scandinavian açai, for example. It grows everywhere and costs nothing!

"People are close to nature in Stockholm. It’s normal to go and pick blueberries or mushrooms starting at a very young age. It is a big city with a lot of traffic, but if you go down the road, there is water and forest." 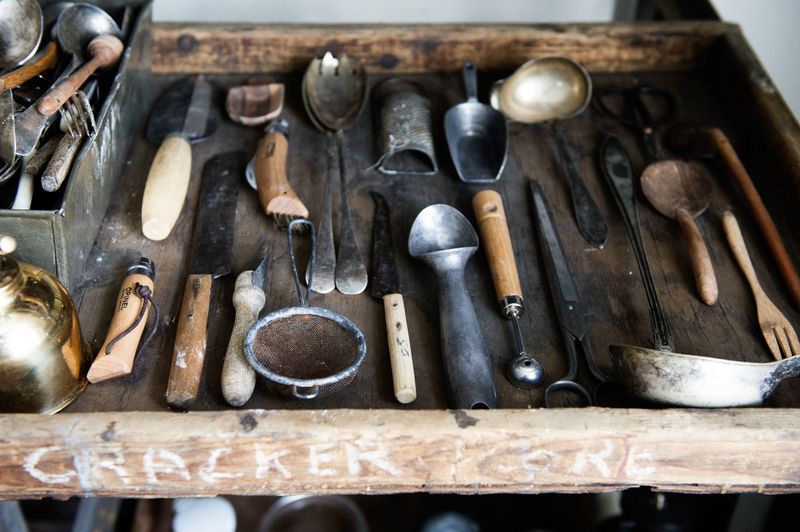 Their living room doubles as their studio. A heavy oak table lies by the window next to a shelf stacked with props of every shape and size. This is where they shoot their dishes, using the natural light of the city that streams through. The table was David’s grandfather’s. “We rarely have dinner here, I mostly use it for photographs, but a hundred years ago it was used very differently!” There is a sideboard of fresh flowers, with Mexican paintings propped against the wall, along with family photographs.

“When we first started, we thought we were the young up-and-coming ones,” David said. “But now in the blog world we’re like the old couple with two kids…”

“It’s all part of the story, though," Luise added. "We all grow and change. People who have been following us for six years are now starting families, too. They’re on the journey with us.” 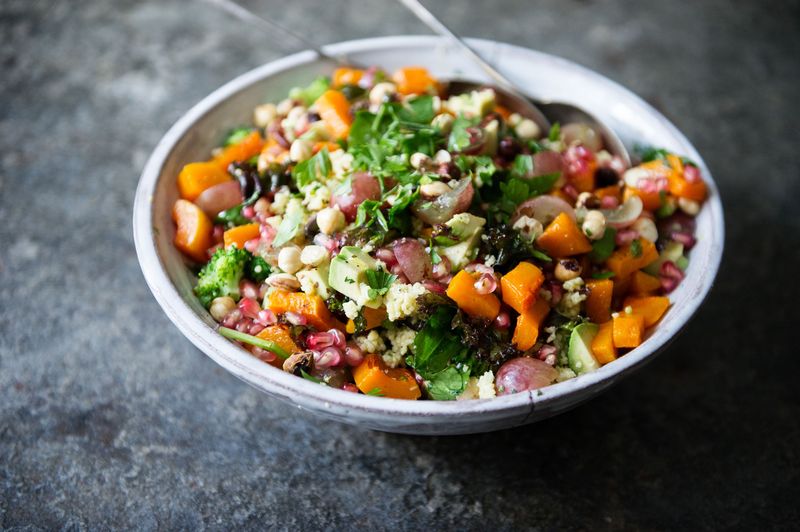 For the chunky herb dressing: