The Best Cheese Sandwiches Are Deep-Fried

One bite of mozzarella in carrozza and you won't be able to think of anything else except that string of cheese that only gets longer as you pull the sandwich away from your mouth.

Those strings are what give this popular street food and antipasto—said to have been invented in Naples in the 1800s—its name, which translates into "mozzarella in carriage." The melted fresh mozzarella of this deep-fried sandwich resembles the reins of a horse and carriage. 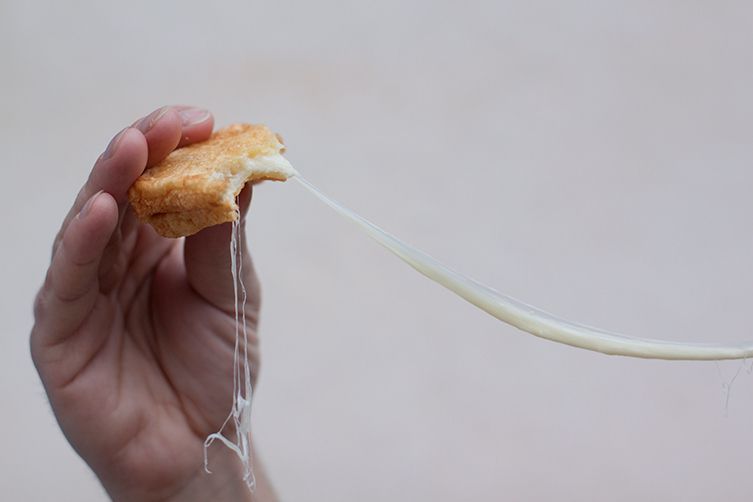 Traditionally, this was a dish invented to use up leftovers: day-old or stale bread and not-so-fresh mozzarella that gets tastier when cooked. It's commonly done with soft white bread (since you can squash it together to seal the edges better), but it's tastier when you use a delicious sourdough bread or country-style, wood-fired bread. (But as long as the crusts are cut off and the bread is good and compact, you can pretty much use any type you'd like).

The sandwich gets first dipped into flour, then into beaten egg, two times each, before it's deep-fried until golden and crisp. In Rome, where it's also a popular snack, a few fillets of anchovies or pieces of ham are sometimes added to the mozzarella. 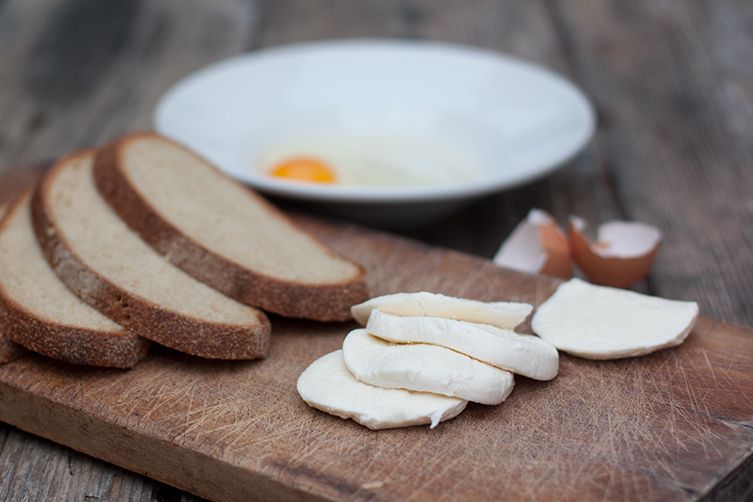 This recipe is adapted from Roman cookbook writer Ada Boni's recipe in The Talisman (originally published in Italy in 1929). She doesn't add milk to her recipe and she cuts the sandwiches into small triangles before frying—the perfect size for a bite.

Some recipes also use breadcrumbs, either just on the edges or all over, to add extra crunch. In her 1981 cookbook on classic Italian Jewish food, Edda Machlin Servi developed a simpler method to avoid all the dipping from one dish to the next—she combines the egg, milk, and flour into a batter. First she dips the edges into the batter, then seals them with a dip into breadcrumbs, then the whole sandwich gets dipped again into the batter and fried. 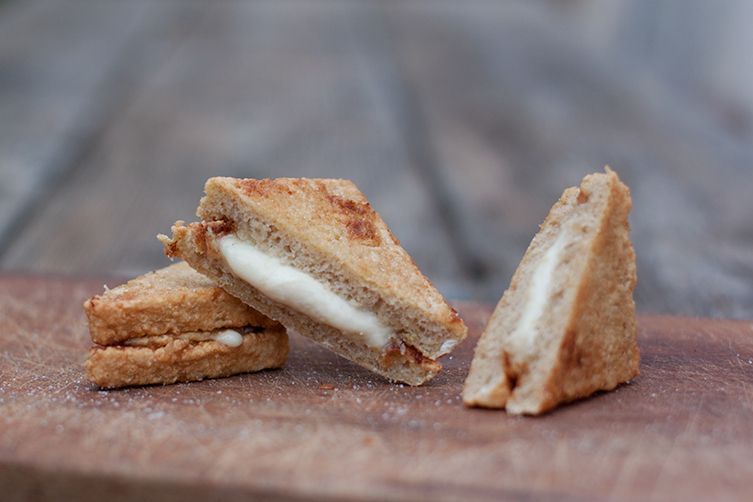