How to Stop Your Trash from Smelling So [email protected]!n Bad

Despite my diligence, the trash stinks. I use a scrap bowl while I cook not because I'm efficient (ha!), but because I dread pressing my foot on the lever at the bottom and releasing the foul odors into my apartment. And the problem is even more embarrassing (and unpleasant) when guests are over. Nothing undoes the sweet scent of sautéeing onions or the candle I lit in the entryway (yeah, sure) like the stench of my trash.

The best thing to do: Take out the trash every night. But as someone who accidentally bought a trash can that requires pricey name brand bags (stupid, but innocent, mistake), I must fill it up.

Trash smells, and that's the hard truth. But what makes this sad reality bearable is that there are tricks that will help keep your trash as least smelly as possible. 1. Use your common sense. 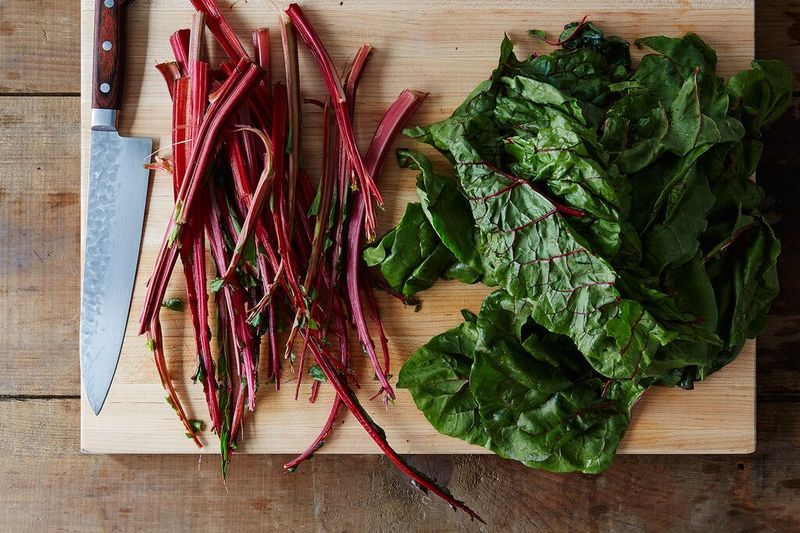 3. Mask the smell with a more powerful odor. How do you keep the trash from perfuming your home with less-than-pleasant odors? Give us your tips in the comments!

Amanda.Moore October 13, 2020
I keep my compost in the freezer but I just pre purchased this trash can called the Petal that freezes the trash to 0 degrees in minutes so theres no smell, no mold, no bugs, no rodents and no viruses. I can't wait to have a trash can that I can actually put my compost in and don't have to worry about the stink. You can preorder it at petalclean.com

Kathlee August 17, 2018
In my house everything that can go down the disposal does. Bones are placed in a bag in the freezer for soup or frozen until trash day. Onion skins, vegetable and fruit skin that wont do down the disposal is bagged in the freezer. Meat trays are rinsed and pot in the trash, plastic wrap and the paper liner from the meat trays are added to the onion skins and other frozen trash. On trash day the frozen trash goes out with the dry trash. My trash does not smell. Works like a champ.

Thomas J. July 7, 2017
I think that cleaning your bin on a regular basis would be the best thing that you can do against the odour :D The bacterias that can form inside your bin could cause some uncomfortable aftereffects. Perfumes and coffee bins won't deal with that...
http://www.tomsjunkcollectors.co.uk/news/weekly-vs-fortnightly-rubbish-removal/

Kathy M. March 20, 2017
My dog's treats come in those re-sealable bags so when I chop onions or garlic the skins get collected and sealed in the bag. Chicken bones and larger items like pineapple rind go in there too. No more rotting food smells but make sure you get the air out of the bag to leave room for decomposition gases! Great way to recycle these bags!

Isabella October 4, 2016
It is getting simple and easy by using the "Canfresh Garbage Recycling System' to keep the garbage bin clean and fresh now. Just simply search for "Allcanfresh", the "garbage bin smelly problem" will be solved.

pamb December 1, 2015
I rip out the perfume inserts from magazines and open a few in the bag and in the can itself. It helps a little bit...

Kathy M. November 29, 2015
My family used to think I was a little crazy, but I save all the resealable bags from dog treats, cheeses, jerky, etc. When I have friends over for chicken or ribs, the bones go into those bags, along with salad scrapings and no odors escape!

vcragain November 29, 2015
I recently invested in a counter-top composter :
https://www.youtube.com/watch?v=DdJSBZn3ehU
It has just composted my turkey bits & pieces from Thanx ! a great job altho it took 3 loads to get thru it - bones & all.
However my front garden pots just got rewarded with a top-dressing of compost - dry and friable. This gadget is really great - I am in northern NJ and I had a problem with bears getting into the shed where I kept my garbage cans, and demolishing the shed door, so I had to find a way to make sure there was nothing 'foody' at all in the garbage, even holding it for a week is too much - even if wrapped in several layers of plastic they can still find it. They are super-sleuths !

BronaCos November 29, 2015
Baking soda works wonderfully! It's inexpensive and natural. I sprinkle into a clean bin and keep it handy to sprinkle over potentially smelly waste. I've tried the 'store in the frezzer' tactic, but can never remember it on trash day!

Damiana November 29, 2015
The old coffee grounds you were about to throw away? Your garden will love them. At least mine does.

RonMonster November 20, 2015
I put anything compostable in a paper bag (also compostable!) in the freezer, no plastic waste! Admittedly we have more space w. a large Subzero Freezer. I also put used coffee grounds in main trash can. I find cold press makes it smell pretty good until garbage day.

Betsey November 20, 2015
Not happy about you encouraging so much plastic waste.
Author Comment

Sarah J. November 20, 2015
I don't mean to encourage plastic waste! I think the best ideas are to compost (!) and to use vessels you might already throw away or recycle (cardboard boxes, plastic yogurt containers) to contain the smelliest garbage.

Annada R. November 19, 2015
I compost peels, scraps and leftovers and make sure to throw it out in compost bin at the end of the day everyday. So my garbage can contains only dry garbage. Even after doing this everyday, my compostable waste container (covered container of dishwashing tablets from Costco, that I reuse) attracts fruit flies sometimes, Pesky things!

Catherine L. November 19, 2015
Thank you for censoring your title!

Also, I have also been at war with my trashcan. We are currently in a stalemate. I shall try these tactics on it in the dead of night while it's sleeping unsuspectingly.

Kartoffellöffel November 19, 2015
Put the things that are likely to get really smelly, meat and fish wrappers, bones, plate scrapings, etc., into a plastic bag and keep it in the freezer. When you're ready to empty the trash can, pull the frozen debris from the freezer, add it to the trash and take it all out at the same time.

Gleba November 19, 2015
We have pets, so open trash cans are not an option for us. One thing that really helps keep the smells to a minimum is buying vacuum packed meat and fish. These packages can be fully rinsed and recycled (in certain cities). Traditional styrofoam and cellophane packages, with those little absorbent pads, will just add raw blood into your garbage can. Raw blood will get really stinky really fast.

Deborah M. November 19, 2015
Sprinkle 20 Mule Team Borax all over the empty trash bag and on top of any smelly garbage...kills the odor until you can throw it out. I live on 3rd floor of senior building so don't get out that often to put my trash in the dumpster.

Marge L. November 18, 2015
We compost most organic trash but the real key is that we keep a gallon size plastic bag in the freezer (old ziplocs work swell) and put the really gross stuff in there (the bones, meat scraps, wet junk and etc) - keeps odors nonexistent. We haul it out to the garbage once full and start a new one. Our kitchen garbage can only gets "dry" garbage so we eliminate the reeks.
Author Comment

calendargirl November 18, 2015
Nifty suggestions. In my experience, I find when the trash is enclosed (in a pull-out drawer or under a lid) it does indeed stink. Without a lid, the problem almost disappears.

AntoniaJames November 18, 2015
That's my experience as well. My trash is in an open paper (grocery) bag that sits in a small dishpan under my sink. I often can re-use it. My compostable waste sits in a covered bucket next to it; it has a flap lid so it's not too tightly shut, and it's full of coffee grounds. Just about everything in the trash is fairly "clean," i.e., packaging from food other than meat. If it can be rinsed before going into the trash, it is - using grey water after from my dishpan after washing the dishes in the evening. The meat and fish-related smelly stuff, which is pretty minimal, I actually keep in the freezer until the night before trash pickup, when it goes outside. My compostable waste I put into a "bio bag" and take it outside to the green waste bin whenever the pail is full, which is 2 or 3 times a week. We have almost no trash related smells, at all. ;o)