For this week's Cook Spotlight we're taking another (long-awaited) peek inside food52. We're pleased to introduce you to another talented team member: Elena Parker shoots just about every video for food52 (and often jumps in to help measure ingredients too!).

Read our Q&A with Elena below to learn about what she finds inspiring, her recent trip to India, her favorite food52 videos and much more. 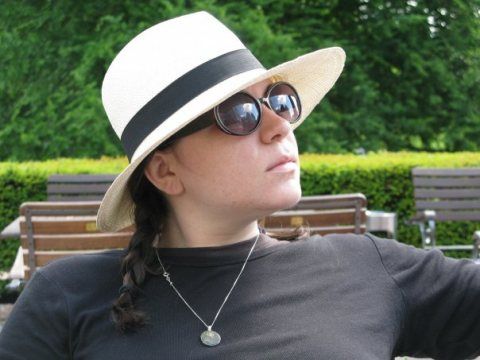 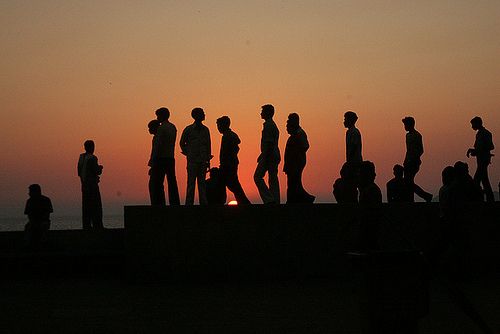 Elena channels Orson Welles in her panama hat (left); a photo taken by Elena on Marine Drive in Mumbai, India

What do you do for a living?
During the days, I work for The New York Public Library, where I help create digital projects with the Communications team. I work on videos, apps, websites and, luckily, get to spend a lot of time with archival documents.

As you are likely well aware, I also shoot videos for websites here and there…

What filmmaking equipment is at the top of your wish list?
This is a very hard question. If I had to pick just a few things:

1. A Monopod, which I promise I am buying soon so that the videos won’t be so shaky.

2. I desperately need a new set of quality headphones (I go through them once a month).

3. A DTE (Direct to Edit) recorder would let me go tape-less (read: it would bring me into the 21st century).

What's your favorite food-related scene in a movie?
The ratatouille scene in I Am Love is, hands down, the most beautiful food scene I have seen in a while. Well, the entire movie was beautiful—but that food just sang. And I loved that, in an article in American Cinematographer, the director and DP actually said that their inspiration for the shooting came from the scene in Ratatouille when Ego first tastes the dish and it transports him to his childhood. They wanted to capture that same feeling. I will admit—they just moved me into a state of awe.

What is it about food and cooking that interests you as a filmmaker and videographer?
When I was in college my first production assignment was to capture a “process” organically on film. I believe the instructions were, “to manifest the process in and of itself, without explanation.” The instructor suggested that, if you were successful, then you were well on your way to becoming the next Scorsese.

I chose to film the making of a PB&J sandwich and I literally panned across the bread as the knife moved—over and over again. This is to say, I failed … miserably.

Five years later, my attraction to filming the process of making food and cooking is evidence of my continued attempts to get an A on that assignment. I also think that making food look beautiful—especially in the way that we shoot and edit (quickly)—lets me work on fundamentals in a way that you can really see in the final product.

How do you like to entertain?
My friends and I are fond of the “Dinner and a Movie” night. The food is usually, well, almost themed to the film. The most successful was likely In the Loop, for which I made Banoffee Pie. As long as there is good wine, good people and a good flick—I consider it a successful event.

You recently traveled to India. What inspired you to go?
My very good friend Kishori Rajan (who actually was the person who gave me Amanda's book Cooking for Mr. Latte

and started the chain of events that would lead me to food52 ... Thanks, Kishori!) moved to Mumbai for six months to help produce a documentary about the marriage industry there. I shamelessly took her amazing career opportunity and inserted myself as a tourist.

Describe one of your favorite memories from your recent trip to India.
While I was in Mumbai, Kishori and the rest of the crew allowed me to accompany them on an overnight shoot to a more rural area of India. While we were scouting the location, our guides took us to a site where men and women were preparing a very large scale meal for an event taking place the next day. They were making food for more than 6,000 people and the sheer mass of activity was overwhelming. At one point, one of our guides picked up some “sweets” and gave them to each of us. It was so hot under the sun that the sweet started to immediately melt in my hand. When I broke off a piece of the orange exterior and ate it—I could taste pure butter, sugar and the heat of the day, which was literally infused into the food. It is something I won’t soon forget. 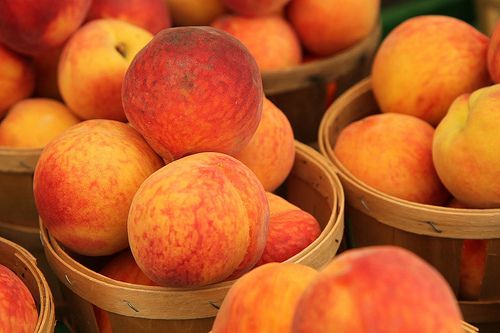 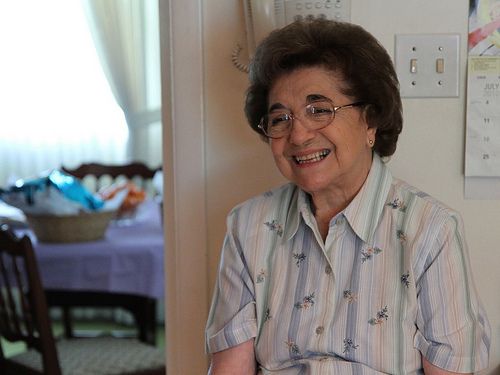 What are your favorite videos you've shot for food52?
I’m mighty fond of the Fig and Blue Cheese Savouries video—in which I actually had the presence of mind to do some pretty focus pulls.

I also really liked the recent gnocchi video that we shot (Grandma DiLaura's Ricotta Gnocchi), because I think I got the colors really right and the exposure was solid throughout.

Have there been any especially memorable food52 shoot days?
There have been some pretty amazing bloopers—the most difficult thing I’ve ever had to cut was Amanda detailing to Kim Severson the evil doings of “her squirrel.”

But I have to say that the most memorable day was actually during the holidays—for various reasons the entire food52 crew was around for shooting and everyone had a late lunch after—it was hectic and loud and very fun.

You get to taste the stuff you shoot Amanda & Merrill making -- any favorite recipes?
Probably my favorite thing that I tried was actually something we didn't even shoot—boozy pie, of course. Well, well worth making.

In terms of what we did shoot—the most unexpected thing I remember liking was the Plum Avocado Summer Salad, which I’m relatively sure I finished before anyone else could get their hands on any. Also, the Warm Custard Spoon Bread is something I’ve been dying to make myself.

What is the most challenging project you have worked on?
I worked on a documentary right after I graduated college called Make Me Young: Youth Knows No Pain, and it was just a mad rush to get to the finish line. I slept for a month straight after we were done.

On your blog, you often mention the books you’re reading. What book would you most like to turn into a film?
Easy. The Private Lives of the Impressionists by Sue Roe. Of course, this would be a hour-long television series, and not a single film… since the moment I read it, I’ve been thinking about how it would look. While most of my dreaming is about 19th century Paris, the story behind the group is also just fascinating. Every one of them was a real character—and the intrigue among them was thick and totally absorbing.

Describe an early food experience that has influenced the way you think about food and/or cooking.
I grew up in a farm town—my family owned peach orchards. I remember that my grandfather used to pile the kids into the truck and take us out to pick. You’d emerge from the orchards with a coating of fuzz on your skin. I am sure that the experience of living with the food and being so close to the whole process, from seeing the flowers budding to biting into the late August fruit, gave me my current obsessive relationship with the NYC Greenmarkets and the amazing, fresh, local produce there.

What is your idea of comfort food?
My grandmother, Lucia Curcio, would make me “pastina soup” every time that I was sick when I was a kid. Escarole, parmigana, tiny homemade meatballs and pastina in chicken broth—it’s the cure to all that ails ya’.

What's your least favorite food?
I’m not the biggest fan of chicken breast. Bland. And I have never, ever been able to make artichokes edible. When other people cook them... wonderful. Me... awful. 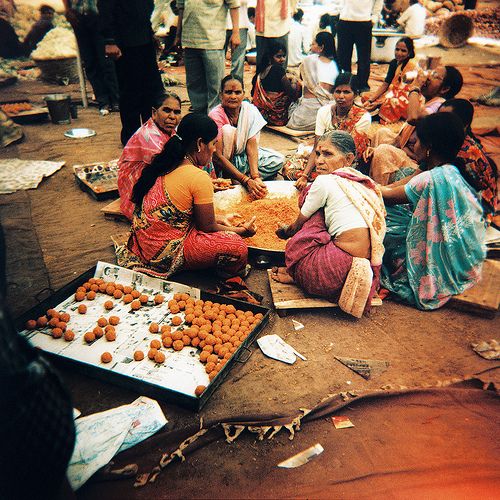 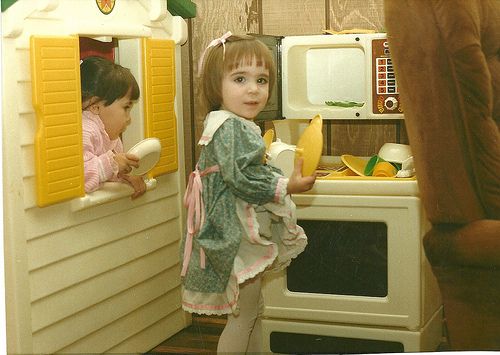 A photo Elena took in Mumbai, India of women preparing sweets for a 6,000-person event (left); Elena at age three, cooking at a play stove

Describe your most spectacular kitchen disaster.
I was hosting my first party in my new apartment right before Christmas 2010 when this disaster occurred. At the time, I had a lovely cat named Arthur who had the bad habit of jumping up onto my counter top. That day in particular, I kept shooing him away, to no avail. About two hours before guests were arriving, I was emptying the dishwasher. I put all of my wine glasses onto a cutting board that I thought was completely on the counter. Arthur saw the glass, got excited by how it sparkled, and decided to jump right on the corner of the board—which was partially hanging off the edge of the counter. Five of my six wine glasses shattered and one of my grandmother’s dessert bowls was thrown into the mix. At that point, after a hectic day of attempting to get ready, I just called my mother and cried.

Your desert island meal?
I think I could live with a cheese and charcuterie platter: a large variety of olives, gouda and cheddar, good French bread, salami, whole grain mustard and maybe a fig jam. I’d like to accompany this with the best hard cider that I’ve ever had—which was at a hole in the wall creperie in Paris—which I’ve never been able to find again. And, finally, a fresh pomegranate.

amyshirar September 2, 2011
Elena, i also love the scene in Ratatouille when Ego first tastes the dish and it transports him to his childhood. It moves me everytime I watch it. Love your background! Thanks for the Amelie blog post: Dinner and a Movie!

deanna1001 March 22, 2011
Love your videos and story. Hope you get everything on your wish list soon!

Daphne March 21, 2011
The videos are fantastic, I watch and enjoy them all, thanks! Your panama hat is really great, too!

hardlikearmour March 21, 2011
You've done a great job making videos! My favorite is the Coconut Cajeta Fondue one (of course.) So nice to get to learn more about you. You're definitely in integral part of the food52 team.

elenakathryn March 21, 2011
Thanks, guys, for all of your kind comments!

gingerroot March 21, 2011
Cheers Elena! What a great spotlight, thanks for sharing and for everything you do at food52.

fiveandspice March 21, 2011
So nice to get to know you a little better Elena.

healthierkitchen March 21, 2011
Thanks Elena! I also really liked the gnocchi video, but for completely different reasons than you mention. Both my daughter and I watched it separately, and then made the gnocchi together and the video was a great facilitator.

Bevi March 21, 2011
Thank you for a peek inside the life of your videographer. Her work gives so much pleasure, and she perfectly captures the fun you have in the kitchen.

Kitchen B. March 21, 2011
....And this is the beauty of food52...showing the face and heart of another with whom we share a food bond. Nice to meet you Elena Parker.

boulangere March 21, 2011
What a lovely, lovely story! And thank you so much for the behind-the-scenes stories you've been doing. The warmth of your creation clearly extends throughout both the website, your workspace, and your team. What a wonderful place to work!