Being in love is a wonderful thing, but sometimes you're just not in the mood for Valentine's Day.

Maybe you're gleefully significant other-free, and would rather be your own Valentine than anyone else's. Maybe you're single and a little bummed about it. Or maybe you're in a relationship and just can't stomach one more February 14th with a begged-for reservation at an overcrowded restaurant topped off with a box of waxy chocolates and hothouse roses.

Break the mold! A movie night with some good friends and great food is the best way to beat the V-day blues, whatever the cause. We've coupled our suggestions with some good nibbles that are guaranteed to rid you of the taste of those conversation hearts you inevitably made the mistake of eating.

3 Recipes for A Perfectly Un-Romantic Un-Valentine's 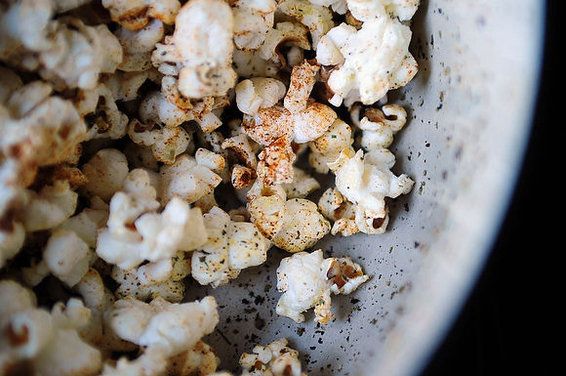 Surely we can all agree that watching things blow up for 90 minutes is pretty unromantic. The aptly named Independence Day comes to mind because not only does it have non-stop fireball action, it also has aliens, which are even less saccharine -- bonus points!

This '90s gem is impossible not to love, but it also indisputably falls into the category of a popcorn flick. Better toss together some Party Popcorn by merrill to munch on during all those tense alien staredowns!

Fully embrace singledom by indulging in Tom Kelly's Burger with Spicy Slaw because why not? Much like Independence Day, it doesn't get much more all-American than this. No need to hold back -- get as messy as you want. The only person you're looking to impress is yourself, and this burger is sure to do that. 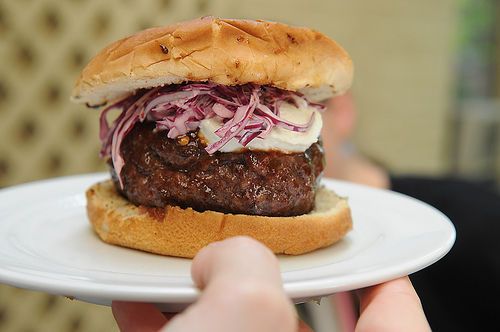 Scenario #2: Single, a Little Bummed About It

Fret not! The obvious Hollywood answer for the not-pleased-about-it singleton is none other than Bridget Jones' Diary. Funny, light and just sweet enough, it's an easy choice for a night in with your favorite people, or as Bridget would say, your "urban family" (or suburban, depending). Ms. Jones' vulnerability is ultra-relatable, especially if you're nursing a bruised ego or broken heart. And hey, Salman Rushdie makes a cameo, so you can pretend it has intellectual cred!

If you're as familiar with this movie as, ahem, some of us are, you'll know that there is a Turkey Curry Buffet that plays a rather central role in the film. We're a little wary of that Turkey Curry, but we feel confident that amanda's Curried Smoked Turkey Salad will make a great stand-in. 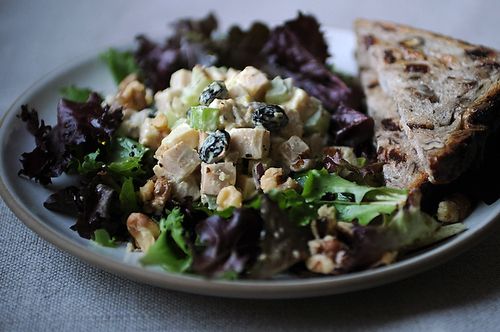 There is a fair amount of cocktailing in this movie, and you should probably do the same -- you gathered all your friends together, you should at least offer them a tipple. This Holiday Sparkler is just the thing as so much of Bridget Jones' Diary is set around Christmastime. 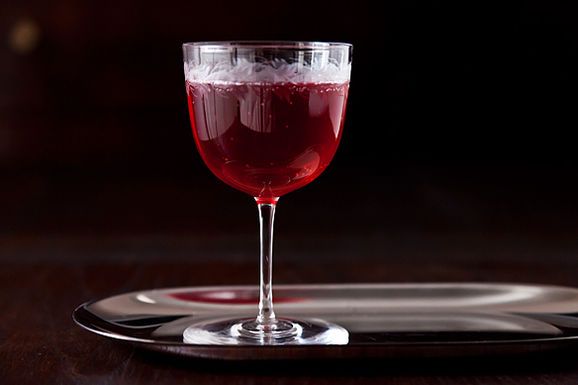 Scenario #3: In a Relationship, Not into Valentine's

Opting out of the restaurant reservation madness is a brilliant move, and especially since it falls on a weeknight this year, why not skip the pressure of a fancy homemade meal too? Whip up some fun things to snack on, mix a great cocktail to wash it all down, and pop in your favorite funny movie. While your fellow couples sit stiffly eating overpriced prix fixe 'aphrodisiac' menus served by harried waiters, curl up on the couch and treat yourselves to a real aphrodisiac -- laughing really, really hard together. Monty Python and the Holy Grail is a good place to start, though anything similarly silly will do.

Snacks and a movie are fun way to spend an evening, but they're even more fun when you feel like they're a little bit wicked, like you're hiding from the world. So have a cocktail! It's a weeknight, though, so let's keep it light. How about a Bloody Michelada from TheFlyingFoodie? 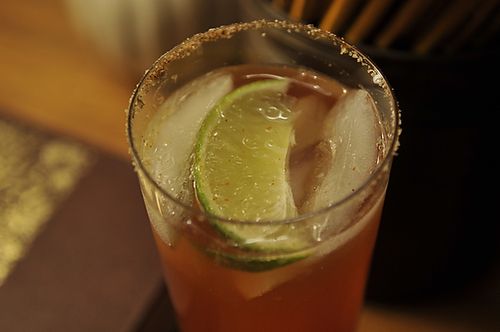 Far simpler than they sound, these Paprika-Scented Manchego Chorizo Puffs from the Half-Buzzed Hostess make for some dreamy movie snacking, and we think they pair beautifully with that michelada.

Happy Un-Valentine's Day to all!

cakesy February 14, 2012
Burgers, popcorn and Independence Day for Valentines? Aww, hell no! I am Situation 3, but the recipes in situation 1 make me jealous...and hungry :)

Kitchen B. February 14, 2012
Constantly raising the bar - I love this celebration, this tribute.....well written with gorgeous menus to go!

boulangere February 13, 2012
Thank you for recognizing the celebration that singlehood can be. And that burger is freaking beautiful.

SKK February 13, 2012
Valentine's Day is known in my circle of friends as "Single's Awareness Day". That being said, I love this article. It allows me to rebell with a purpose!