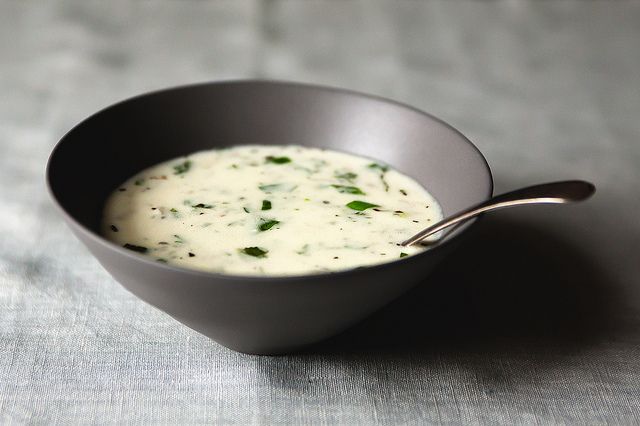 In "Jerusalem: A Cookbook," Yotam Ottolenghi and Sami Tamimi write: "Consider this: there are Greek Orthodox monks in this city; Russian Orthodox priests; Hasidic Jews originating from Poland; non-Orthodox Jews from Tunisia, from Libya, from France, or from Britain; there are Sephardic Jews that have been here for generations; there are Palestinian Muslims from the West Bank..." and so on. And yet, for a city of such complex culture, the cooking is remarkably uncomplicated and unassuming. 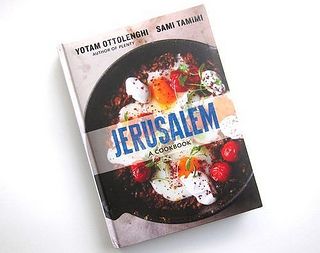 For Ottolenghi, who grew up in the Jewish west side of the city, and Tamimi, who was raised in the Muslim east side, and who now have restaurants around London, "Jerusalem" follows their bestselling first book, "Ottolenghi." This is their food of Jerusalem, what they like to cook, the dishes that remained with them after moving away -- coarse chopped salads, stuffed peppers, meatballs with favas, and fenugreek cake. You don't know if you're cooking from the east or west, Muslim or Jewish -- rather, it's the food of the city, and you can love all of Jerusalem.

Don't bother dog-earing pages, or you'll destroy the book. Better to just slowly work your way through it. I began with this warm and mellow yogurt soup. Scallions and herbs are tempered by the yogurt, the ingredient that moderates and unites so much of the cooking of this city.

First you cook the barley and onions and then use its cooking broth to heat and thicken a base of yogurt and eggs. It's a bit unnerving, like cooking custard is, as you daringly heat the mixture and will it not to curdle. But then it all comes together, somewhere between porridge and soup, each spoonful threaded with herbs. 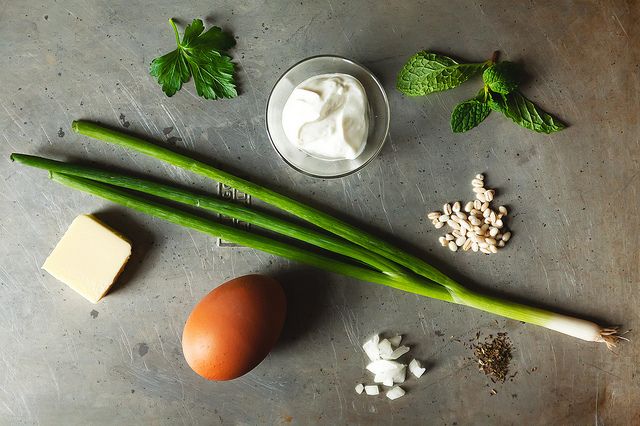 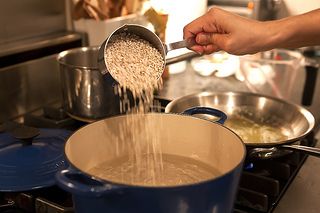 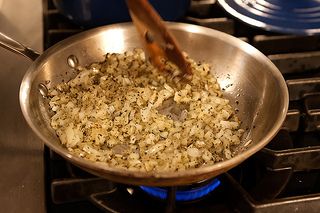 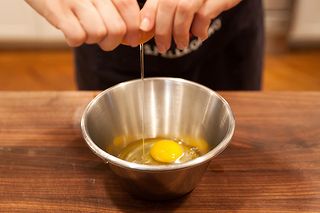 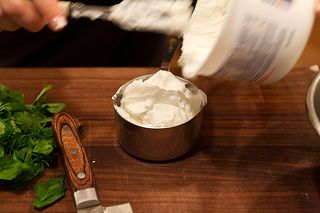 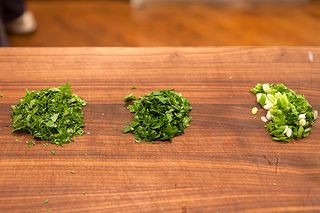 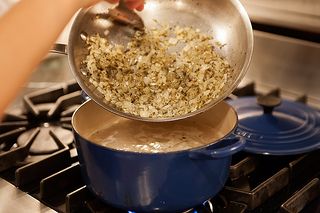 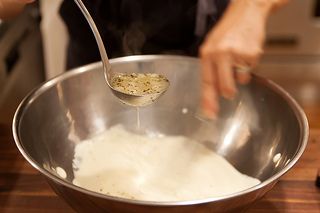 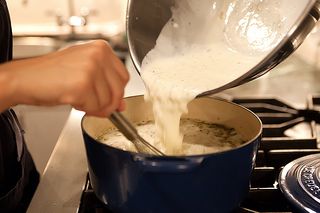 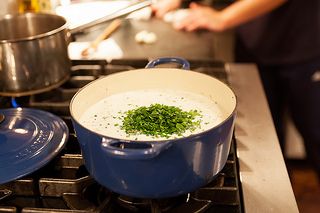 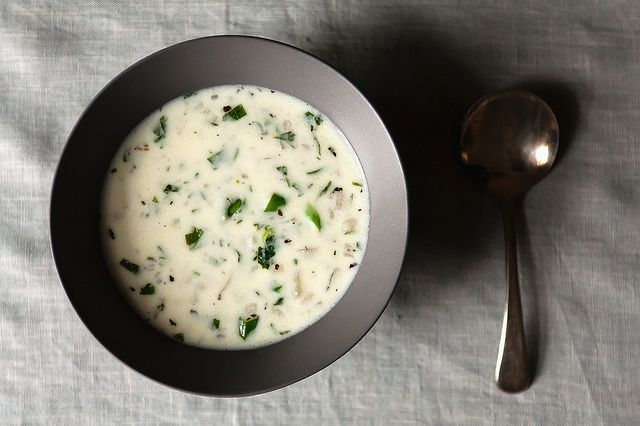 Adapted from "Jerusalem: A Cookbook" by Yotam Ottolenghi and Sami Tamimi

LLStone October 31, 2012
I'm reading through this book now, and I'm un-dog-earing my pages! It is a lovely book. Would you make the soup again? Did your children like it?

Amanda H. October 31, 2012
Yes -- it's very simple and comforting. My kids liked it. Not as much as Halloween candy, but they liked it.

dymnyno October 31, 2012
Happily, he is in my 'hood! I hope to meet him tonight at the CIA World of Flavors opening for the presenters (He is a presenter).

Amanda H. October 31, 2012
Merrill and I met Yotam and Sami the other night -- both wonderful. Hope you get a chance to chat with him!

dymnyno November 1, 2012
He was at my table! Absolutely a wonderful charming man! I enjoyed visiting with him.

dymnyno November 1, 2012
He was at my table! Absolutely a wonderful charming man! I enjoyed visiting with him.