Soup for dinner this time of year is a great idea. It's warm and soothing, but doesn't leave you feeling like you need to make an immediate trip to the gym. However, just a bowl of soup isn't quite enough. Here, we've paired a rich, brothy mushroom barley soup with ultra crisp, panko-coated latkes. The soup is quite simple, but needs a good amount of simmer time, so you might consider making a double batch while you're at it and turn this dinner tonight into dinner tomorrow night, too! 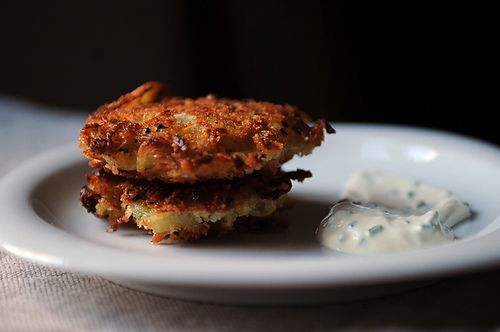 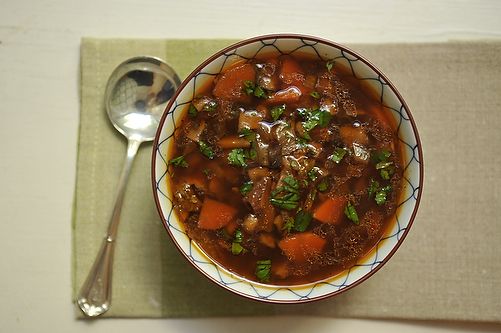 A long-ish list, we know! But nothing hard to find. And you've already got carrots, onions, celery, tomato paste, olive oil, salt, pepper, flour, garlic, sherry, soy sauce, and chicken stock. If not, you'll be needing those, too!

1. The order of things this week is quite simple, and dictated by the fact that the soup needs to simmer for a little over an hour once it's assembled. So hop to it!

2. Once the soup is simmering away, you can relax for a while. Power nap anyone? Or perhaps it's time for a cocktail?

3. When the soup has about half an hour left, begin working on the latkes. Shred the potatoes and whip together your egg mixture. Stir together the sour cream and chives and set aside.

4. Fry the latkes and serve the soup! Dinner is served.