How to Cook Fiddleheads, the Vegetable That Tastes of Spring

Intimidated by these furled vegetables? Don't be. Here's how to source and cook fiddlehead ferns to springy perfection.

Every week we get Down & Dirty, in which we break down our favorite unique seasonal fruits, vegetables, and more.Today: we're talking about fiddlehead ferns—learn what to look for, how to prep them, and get ideas for safely enjoying them in meals all week long.

Did your mom ever tell you to eat your vegetables so you’d grow big and strong? Bet she never promised invisibility. In Europe’s Middle Ages, people believed that carrying “fern seed” would make you disappear from sight. Shakespeare even referenced these magical powers in Henry IV! While we can't vouch for super powers, we can affirm that ferns are to thank for a fleeting spring treat.

What is a fiddlehead fern, anyway?

The term fiddlehead fern is generally used to reference ostrich fern fiddleheads, but fiddlehead actually refers to a stage of growth—and the name fittingly comes from its resemblance to the spiraling scroll at the top of a fiddle. That unfurled shape is because they are young, wee ferns, yet to unravel into full-sized, adult ferns. If you see them at the market, be sure to snatch these springtime delicacies up, as they are in season for just a few weeks every spring (usually May). If you haven’t eaten fiddleheads before, many describe the flavor as sweet like spinach, vegetal like artichoke, crisp like a waxy green bean, and kind of nutty like a mushroom. Basically, all the good tastes of vegetables furled into one.

How to Forage or Shop for Fiddleheads

When picking fiddleheads, choose small, firm, and tightly furled specimens. Pass on any that are starting to uncurl (1), or that are discolored (2)—fiddleheads should be a bright jade green (3), and still tightly furled. (Note: some fiddleheads will have a lot of the papery brown chaff, but once rubbed off, they are bright green.)

How to Store & Prep

After carefully packing and hauling your fern finds, you’ll want to consume them shortly after bringing them home, as their delicate flavor is volatile. If you have to store them, keep them in the fridge wrapped tightly in plastic wrap (5), and use them within a couple of days. They won’t spoil quickly, but they will lose flavor and firmness. For longer storage, try pickling. It's possible to freeze fiddleheads to extend their season, but Elizabeth Scheider advises against it. She finds they become fibrous and fishy, and prefers to “cherish them as vernal ephemera.”

Look for them at a farmers market or specialty grocer. The stalks are edible, although unless you’re picking them yourself, generally you’ll just see the coiled tops being sold. Give the fiddleheads a good dunk and rinse in cold water, then place them in a bowl of water and rub to remove all of their papery scale-like coverings.

More: Not sure where the closest farmers market is? Find one near you on Real Time Farms.

When we say fiddleheads, we are strictly talking about ostrich fern fiddleheads, as they are considered the safest for consumption. People frequently forage for fiddleheads of other varieties like the lady fern or the shield fern, and consider them to be safe as long as they're cooked. Bracken fern fiddleheads are an especially controversial variety; many believe the ferns are fine to consume in small quantities, but they're known to contain a carcinogen.

Not to turn into Debbie Downer and ruin your meal, but we should also mention that fiddleheads have been to blame for cases of food poisoning—though not the ostrich fern variety you'll probably be eating. Even though their sprightly, fresh demeanor might tempt you to eat them raw—we definitely wouldn’t advise it. When raw, fiddleheads can be slightly toxic and are, well, kind of unpleasant-tasting. But after a quick blanching, boiling, sauteing, roasting, or braising (at least five minutes, but not much more than that is needed!), the fiddleheads will surely be safe (and delicious) to eat. As a result of these cases, safety standards recommend boiling fiddleheads for 15 minutes or steaming them for 10 to 12 minutes prior to use in recipes. Of course, there is debate about this as well: John Mickel, senior curator emeritus at The New York Botanical Garden, suggests that cooking just 5 minutes is sufficient.

Either way, your fiddleheads shouldn’t be consumed raw. If you’re at a loss for how to approach them, think of how you might approach fresh, springtime asparagus or haricot verts: cooked and seasoned lightly. Fiddleheads really are best when only just cooked through, so their bright, springy flavor can shine through.

Boiling fiddleheads will best retain their color and texture, and will help to remove any bitterness. In order to highlight their unique flavor, fiddleheads are arguably best prepared simply: bring a pot of salted water (we usually estimate one to two teaspoons per quart of water) to a boil over medium to medium high heat. Drop the well-washed and husked ferns in the salted boiling water, and let cook for about 5 minutes—or until crisp-tender and still very bright green. Using a slotted spoon, fish out the fiddleheads. Feel free to serve them as is, or you can lightly sauté the blanched fiddleheads in a large skillet with butter, and finish them with lemon juice for a perfect side dish.

Of course we’re fans of gilding the lily, too—so if you’re looking for more ideas, we’ve got you covered.

Recipes to Fiddle With 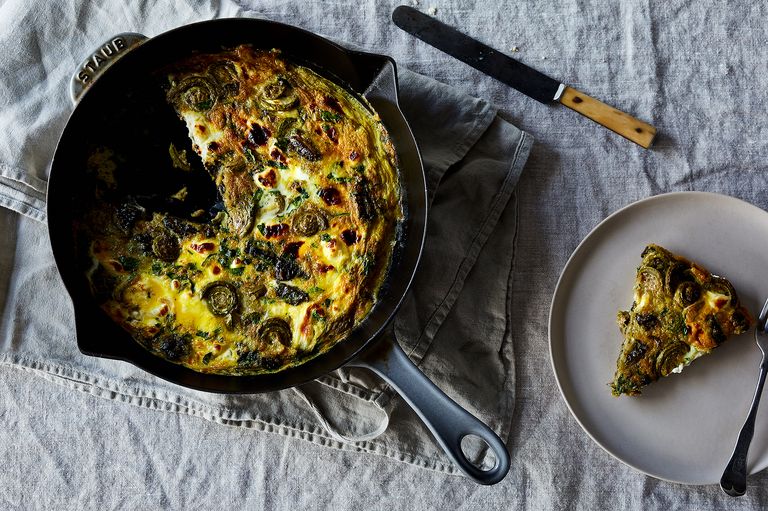 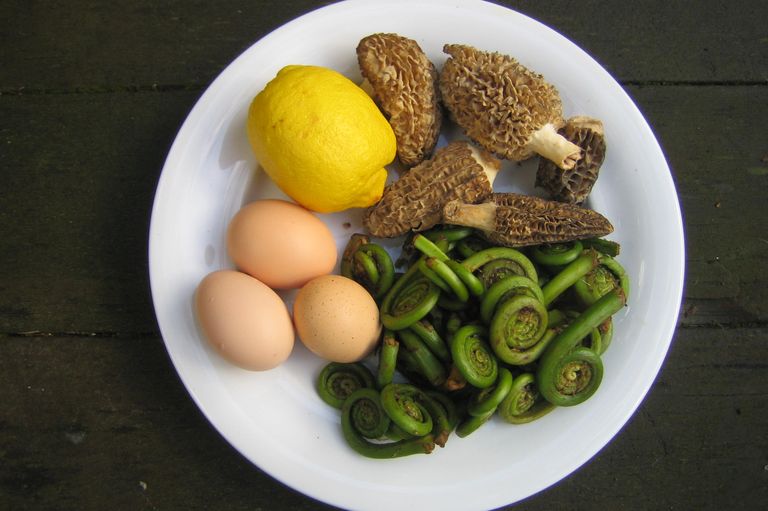 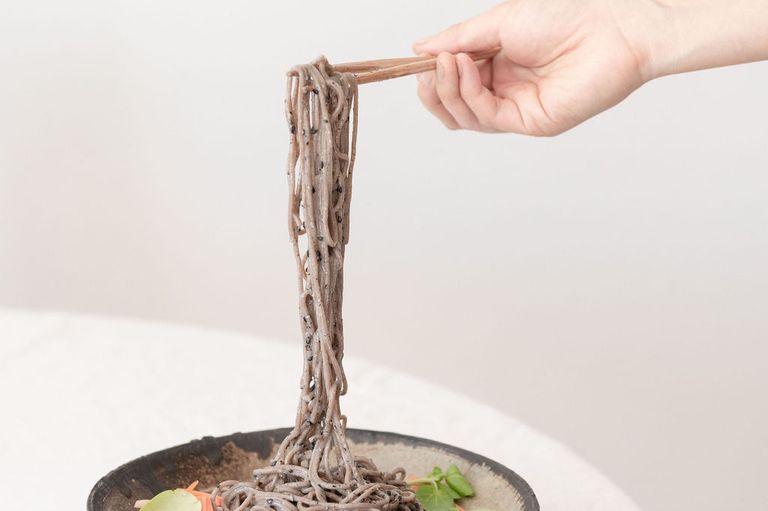 Or fiddleheads as sides! 7. Oven-Roasted Fiddlehead with Capers and Lemon What are your favorite ways to cook with fiddleheads?

rachaelmr May 21, 2020
This may be anecdotal but I've been eating them for years and there is no way I would boil them for 15 minutes. It is true that some people have digestive or even headache problems with them (Forager Sam Thayer says that this is because they are misidentified 'interrupted' or 'cinnamon' fern which are mildly toxic, not ostrich) - they don't agree with everyone, but I have never heard of their 'toxicity' - bracken, however, though not 'toxic' is a carcinogen and causes long term stomach problems if eaten often. But Ostrich fern (the fiddleheads we are able to get seasonaly) do not have this history. None of these recipes above have boiled fiddleheads for 15 minutes - you would know because they turn a sickly olive green color and are mushy (I've overcooked a few myself). A quick blanch or steam for most recipes does the trick (my favorite is a blanch, then a high heat roast with olive oil & sea salt). I do nothing before I pickle them (makes great seasonal kimchi) - if hot pickling, that is enough cooking there, if not, the preserving process is technically 'cooking' (same with canning for Winter). Again, this is my experience, but it is pretty extensive over many years. I love them and eat them as often as I can.

Carmen O. May 21, 2020
I was looking for recipe for fiddleheads and asparagus (I grow both) and kept finding that "boil for 15 minutes" or you'll die. I learned from someone who would forage for them and he mentioned "if you want them to melt", so I have been boiling them for 5 minutes. I figured that if he made it to 81, so can I. I started with one plant 14 year ago and they have spread to a few hundred, just finished picking some. I have a wildlife habitat, right in the middle of a town of 99% lawns. Still alive at 73. Of course, if the powers that are say 15, I'm not going to tell anyone 5 minutes.

sega10028 May 18, 2020
I just made these for the first time. I blanched them for maybe 2 minutes then sauteed them in olive oil and butter for a few minutes more. They were crisp, almost like asparagus, without a strong or memorable flavor. And no adverse gastrointestinal side effects! If I'd steamed or boiled them for 12-15 minutes, I think they would have been horribly overcooked and mushy.

Lizzie G. February 24, 2020
I did not know this small detail about cooking them before eating! Last spring I got some from my CSA and was so excited to grill them. I seasoned with olive oil and salt and snacked on a few raw ones (like any hungry cook would waiting for the coals to be lit). I then did a quick couple of minutes over the grill. Within hours my husband and I were sick. The food poisoning part is very real - enough so that I’m not sure I can eat these again. Don’t take the risk - definitely blanch beforehand!!

graciela_L_meneses June 18, 2019
Hello everyone! I just came from San Francisco, California. This is the second time I visit this amazing and gourmet city, and this time I had time to check in the Ferry Building Market. The Far West Fungi, was the first store my husband and I stopped by. Fresh and dried mushrooms, such as morel, and porccini were the first attraction. The store is small but full with foods that I'm sure gourmands and chefs die for. I saw fiddlehead ferns for the first time, and I got very interested with these vegetables. I saw a guy buying them and I didn't loose opportunity to ask how to cook them: he kindly told me how. Today, I cooked the ferns to serve them as one of the two sides for a steamed-baked salmon, the other side was pak-choy with oyster sauce. I followed the gentlemen's instructions but I put my personal touch by adding roasted garlic infused in olive oil, fresh ground pepper, and chopped . The fiddlehead ferns became a delicious experience!! Gracias

Efiya F. April 30, 2018
I live in Indonesia and here we eat both types of ferns, the ostrich as well as the bracken. And I never hear anything about them causing food poisoning! Perhaps we're not too scientific about it. We love ferns in coconut milk soup or stir fried with sambal belacan or steamed in banana leaf wrapper with minced chicken or tempeh. I'm starting to drool just writing this.

Albert May 9, 2016
I just tried fidd legends for the first time and I read on here that you boil them for 20 min but I found out I cooked them to long cause they were mushy are they suppose to be mushy when I eat them ? Please help me on this
Author Comment

Lindsay-Jean H. May 9, 2016
No, I don't think they are at their best cooked to mush. As noted above, safety standards recommend boiling fiddleheads for 15 minutes or steaming them for 10 to 12 minutes prior to use in recipes.

CorinnaB May 13, 2013
I agree with laurenlocally...what a GREAT TITLE!!
Author Comment

Sandy O. May 11, 2013
Food poisoning is rather a strenuous term---if you don't boil/steam them for ten minutes, if you try to do the stir fry until crisp tender thing--the worst that happens is what my mother used to call the trots. Clean ya right out.

Kenneth M. May 10, 2013
Fiddleheads are delicious when roasted.

darksideofthespoon May 10, 2013
I was raised on fiddleheads... Love them with butter and vinegar! My ex was convinced I would poison myself if I ate them... as he was from England and only used to the Bracken variety.
Author Comment

Lindsay-Jean H. May 23, 2013
Butter and vinegar sounds great! I once got bracken fiddleheads in a CSA box, I'm glad I didn't know then that eating them was controversial, or I might not have tried them!

laurenlocally May 10, 2013
I triple heart this title Lindsay!!
Author Comment