Yesterday was a big day in the world of Food52! After three years of testing recipes every Tuesday at Amanda's house -- cooking in her kitchen and shooting in her bedroom and generally wreaking havoc but also playing with her adorable twins -- we finally began testing recipes in our new office kitchen. We're still working out all the kinks, and adjusting to our surroundings, but nobody burned down the office and the rest of the Food52 team got some delicious snacks. So we'll call it a success. Sometimes, it turns out, old dogs can learn new tricks. 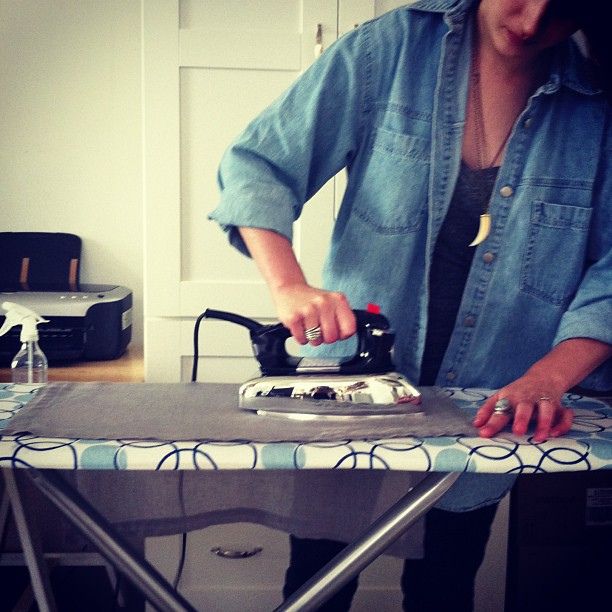 Well, this is a gratuitous picture of Kenzi ironing. Turns out she loves it! Sometimes when you try new things, you learn to like them. Way to go, Kenzi! Keep ironing those linens!

One big upgrade? When we shot at Amanda's, James would photograph all the process for Kristen's Genius Recipes with Kristen kneeling on the floor behind a small table in Amanda's bedroom. (Like this, minus the kiddies.) But look at her now! She's standing! Food52 is movin' on up! 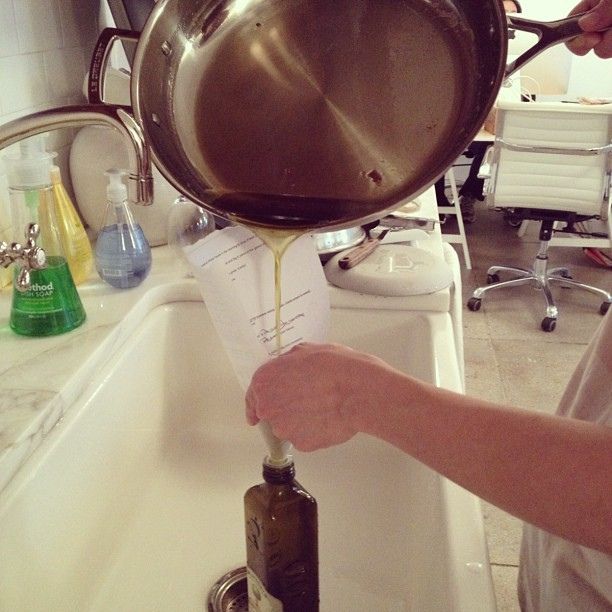 We're also still working on ordering a few more things for the office kitchen. But we refuse to waste things that should be recycled, and spent oil is no different! Without a funnel handy, Kristen used a piece of paper to get frying oil back into an empty bottle. None of us believed that she could do it -- but she proved us wrong! Touché, Kristen. 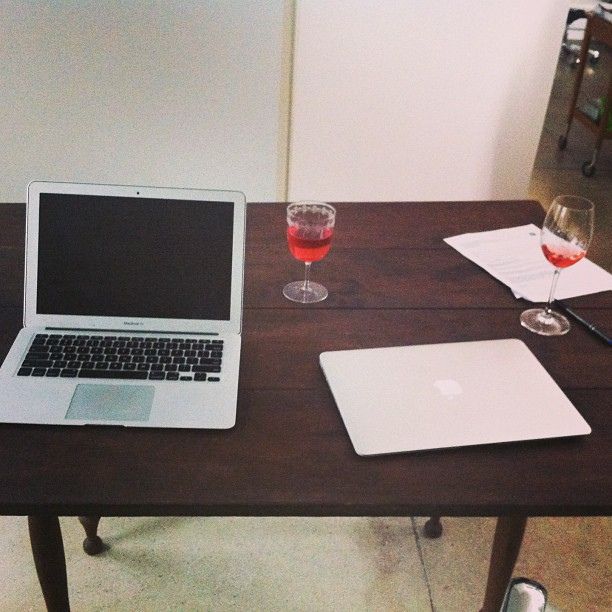 And then this happened. At the end of a long day, even old dogs deserve a treat. This is what our office looked like after a long photo shoot that happens to require opening a bottle of wine. Like we said -- we don't let anything go to waste!