Today: Gena inspires us to get creative with tabouli. 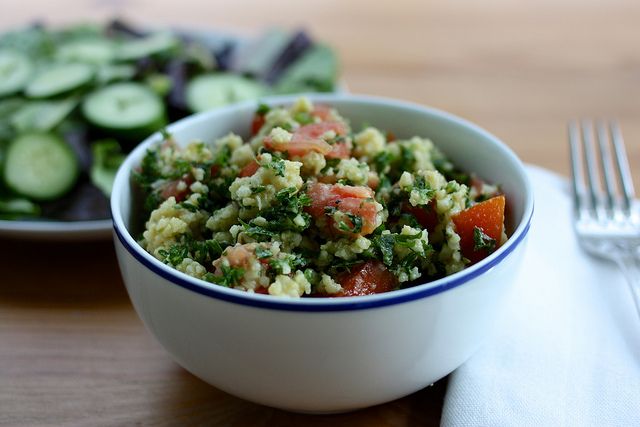 A few years ago, quinoa tabouli was all the rage, as quinoa offered a gluten-free and higher-protein alternative to the classic bulghur wheat. But the times, they are a-changin’, and I think it’s time to break the tabouli mold once again.

Millet is a little less trendy than quinoa, but it has its own unique charms. It is starchier and more filling than quinoa, but a little fluffier and lighter than rice. It’s slightly nutty, but it soaks up flavors easily.

More: Learn more about this ancient grain from Shauna Ahern.

In the summer, I like to customize my tabouli with whichever herbs I have on hand. In this tabouli, I used it all: parsley, basil, and mint. The result was a particularly flavorful dish, which is good on its own or with a nice scoop of hummus or cashew cheese. 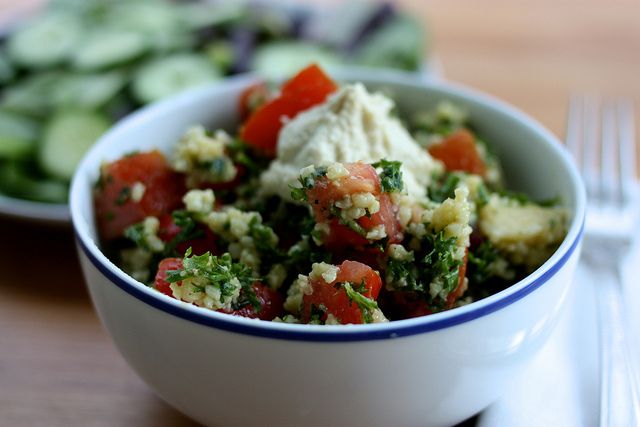 I used 2 cups of chopped vine tomatoes, 2 cups of cooked millet, 2 cups of tightly packed parsley, 1 cup of tightly packed basil, and a half cup of tightly packed mint (all fresh). I mixed the grains and tomatoes, then used a food processor to chop the herbs finely and added them to the bowl. I whisked together three tablespoons of olive oil, the juice of one lemon, and sea salt and pepper to taste. Feel free to customize however you like: add onion or garlic, go the traditional route with bulghur wheat, or, if you must, use quinoa. We won’t hold it against you.

How do you make tabouli? Tell us in the comments!

pianogirl September 22, 2013
Made this as a last hurrah for my herbs now the autumn is here. Added garlic and a shallot to the dressing and used lemon infused olive oil. Will enjoy as lunch tomorrow but my first few bites to test were delicious! Also added a few artichoke hearts I had on hand. Excellent and simple recipe and I can imagine using other grains like cous cous too.