Today: Sarah of The Yellow House shares a different way to eat zucchini, courtesy of her grandmother. 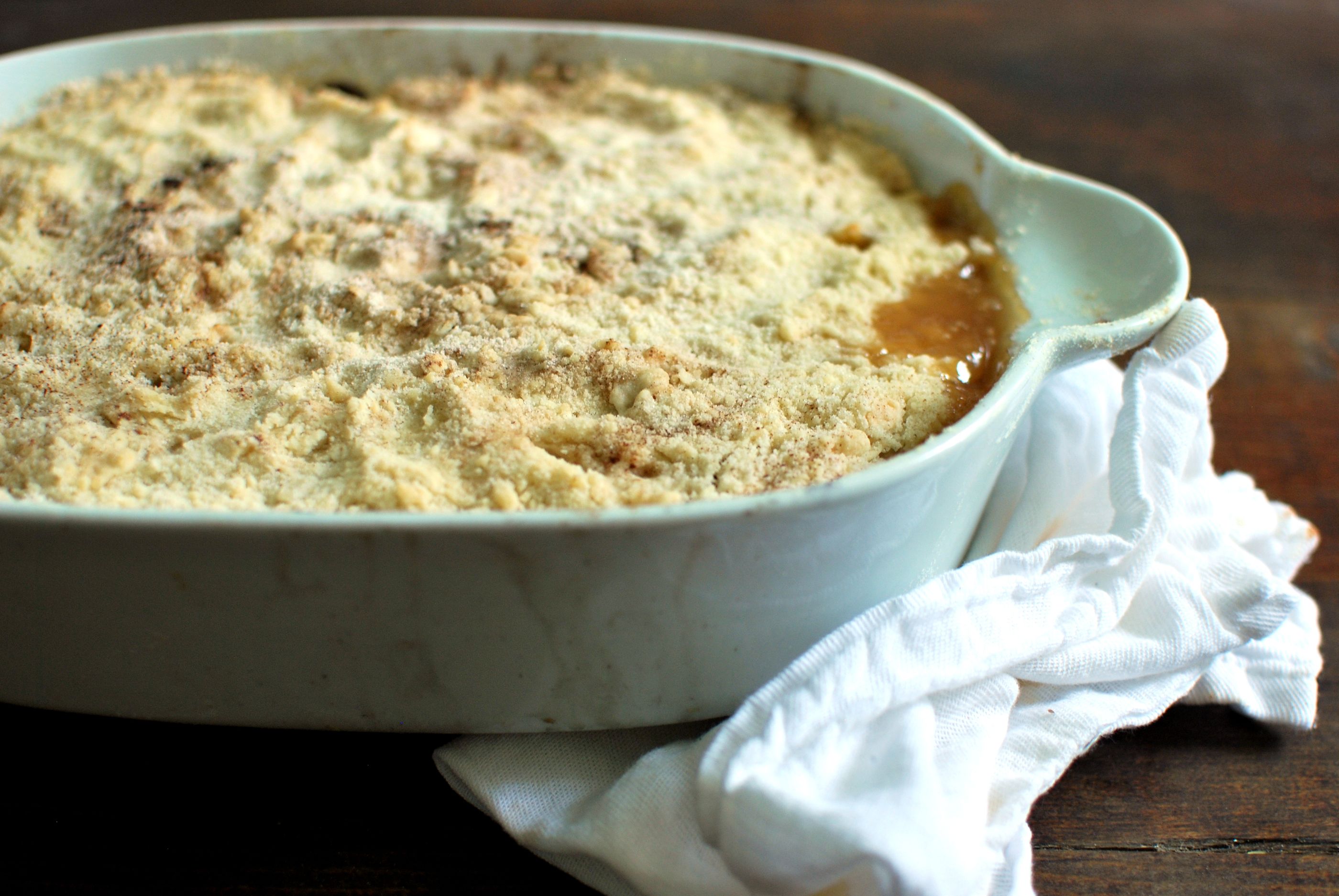 For two weeks every summer, my sister and I were shipped off to my grandparents’ farm in Indiana. Grandma and Grandpa always put us to work -- consequently, the farm was a source of a great deal of my formative training on the art and science of summer living.

We learned how to spot vivid green hornworms on tomato plants and pluck them off; how to position box fans in windows so that we felt optimal cross-breezes on the stickiest of nights.

It was at the farm, too, that I got my education on summer bumper crops, shucking sweet corn for hours, and ditching sacks of surplus squash in unsuspecting churchgoers’ unlocked cars (yes, really). Zucchini plants are classic heavy producers, so anyone who grows them has an arsenal of ways to use them up right at their fingertips. 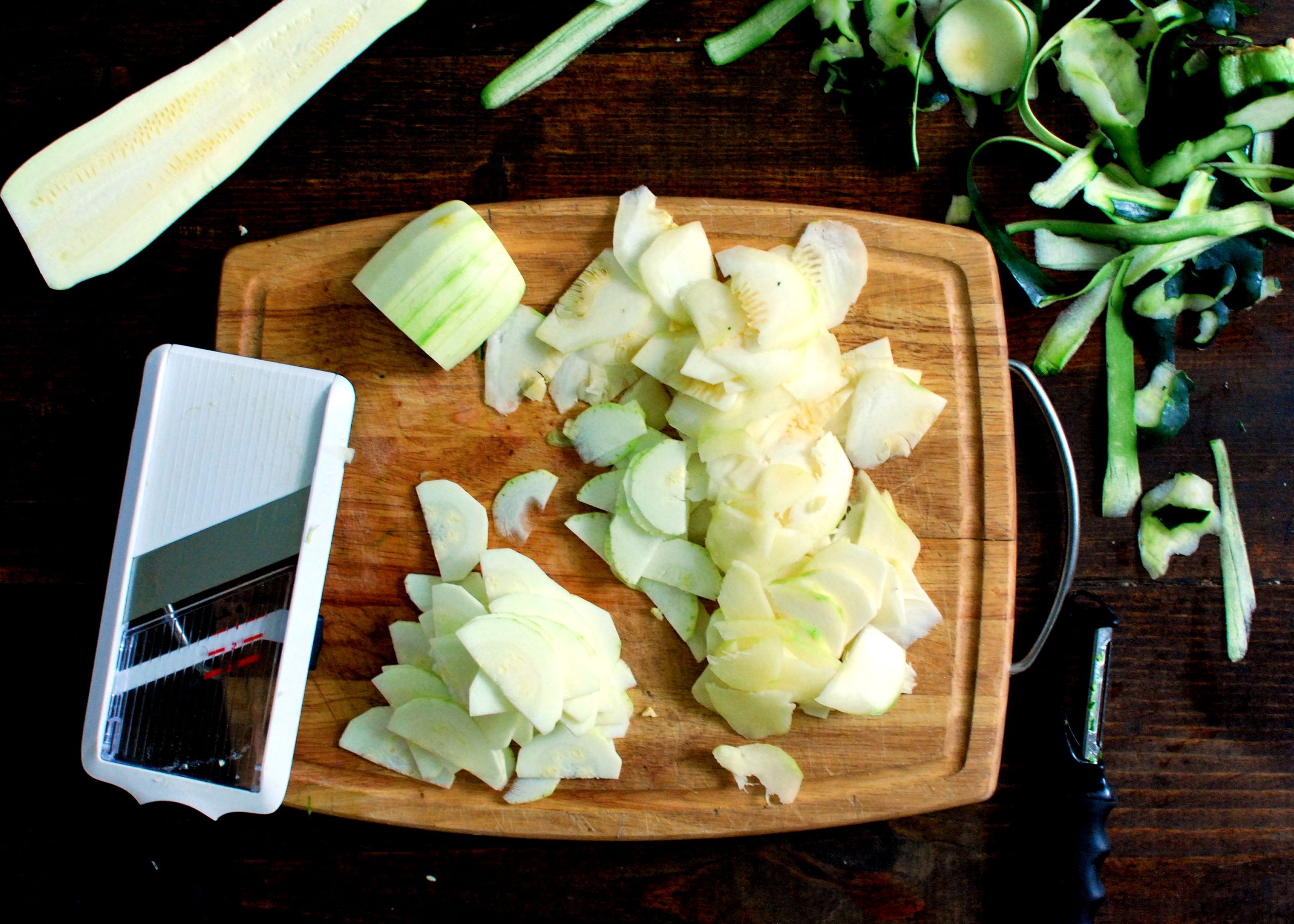 My grandma was no exception. I spent one summer trying out zucchini recipes dug out of her recipe rolodex: zucchini bread, zucchini chocolate cake, and a Midwestern take on ratatouille -- zucchini, tomato, and onion casserole. But the recipe that stuck out the most was an odd one for zucchini crumble.

The recipe, from an old church or Junior League collection, I suspect, claimed that in a crumble, the zucchini tasted just like apples. The author had supposedly served it to her husband all summer long without him knowing that the “apple crumble” was actually made with squash. 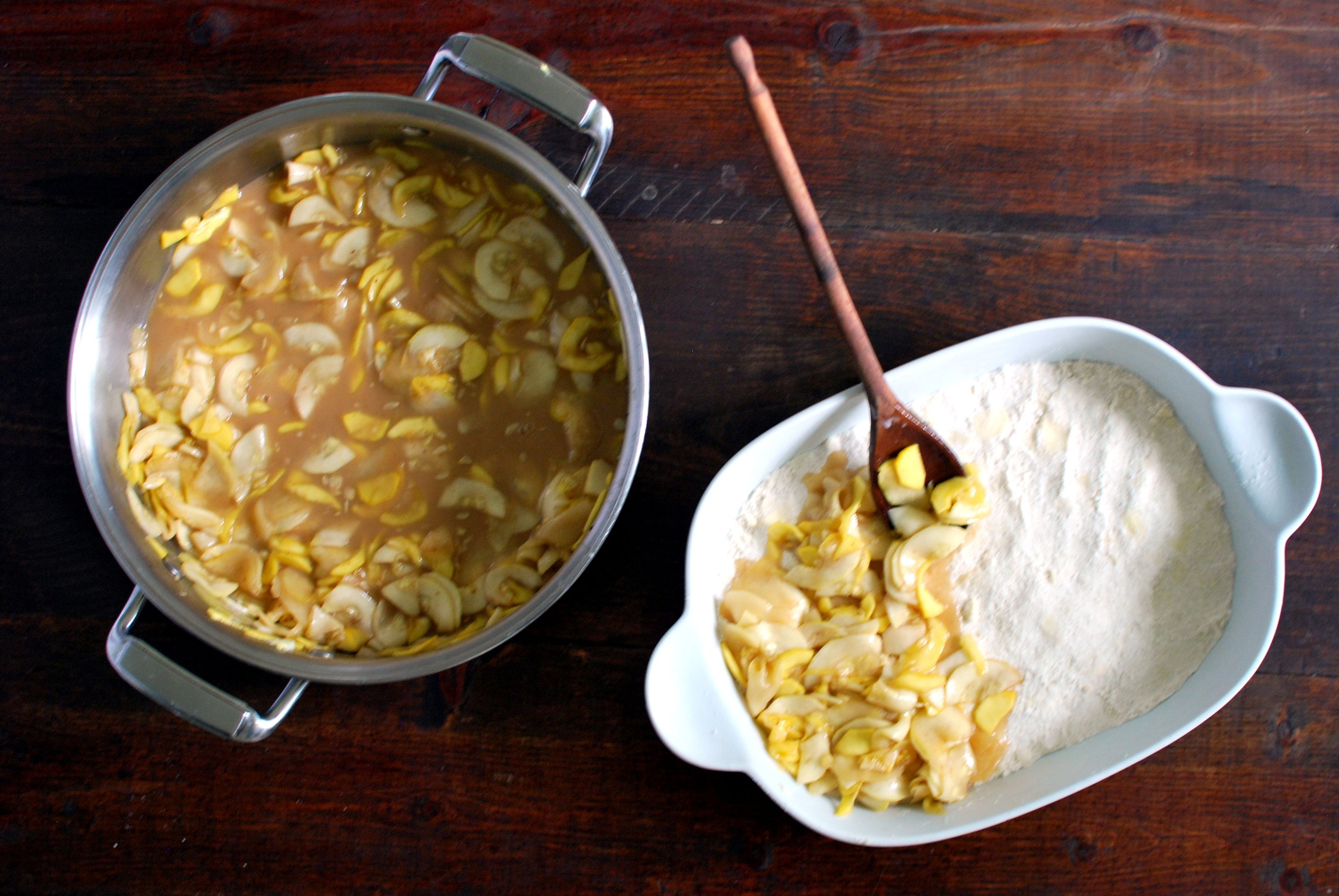 I wouldn’t go so far as to claim that this tastes just like apple crumble, but to me, that’s not the point. Cooking the zucchini in lemon juice adds a pleasant acidic touch to a vegetable that sometimes goes bland and floppy when exposed to heat. Meanwhile, the brown sugar brings a warmth that other sweet zucchini recipes, like zucchini bread, sometimes lack.

Sure, pretty much anything tastes great baked with sugar and butter, but the squash shines in its own right, rather than being masked by the accompanying rich ingredients. This offbeat dessert has changed the way I look at zucchini. Rather than a burdensome veggie that I scramble to find ways to use before it goes bad, I see zucchini as a first fruit of summer for which I have the perfect family recipe. 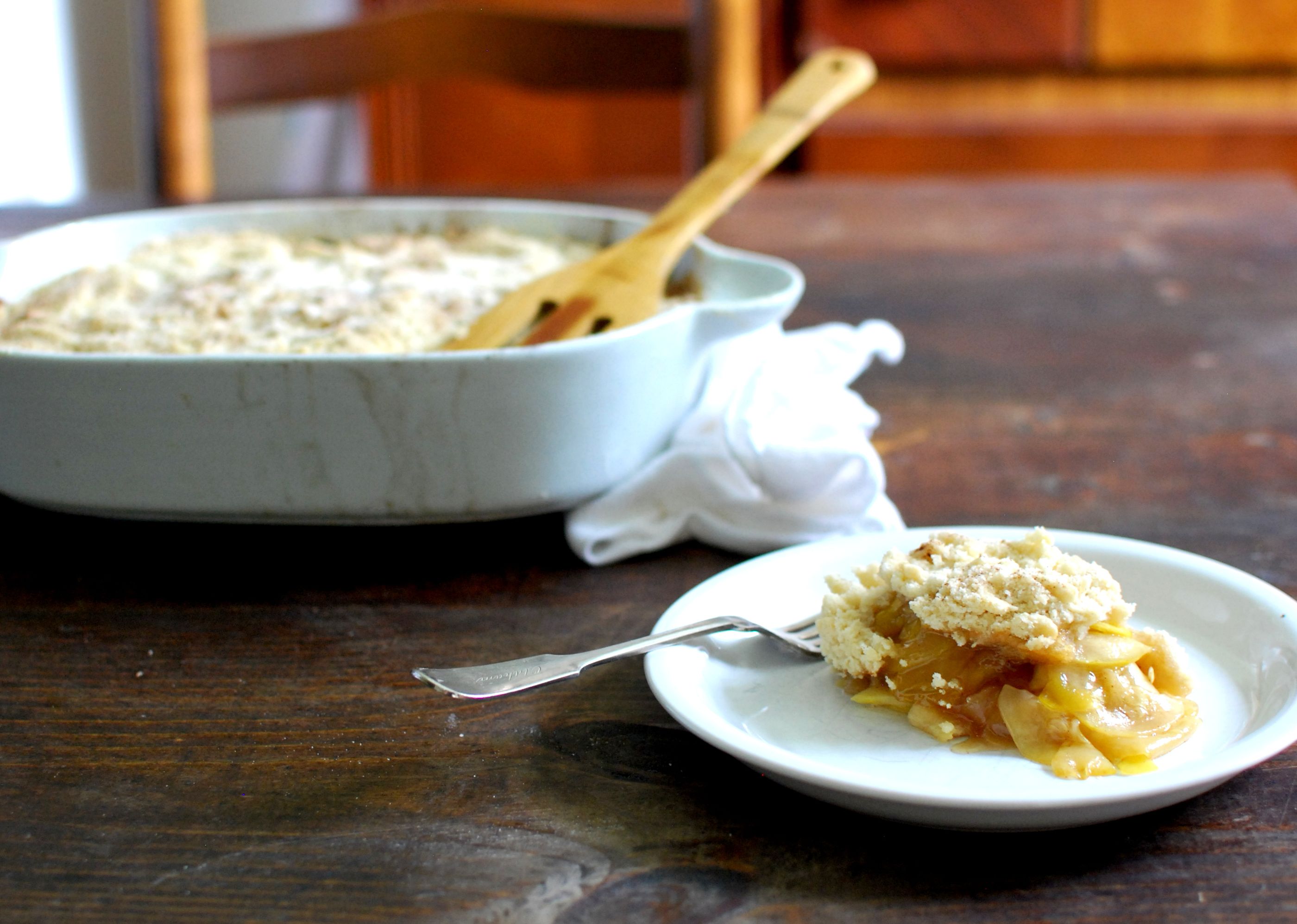 For the crumble base & topping:

For the sweet zucchini filling:

Written by: Sarah (The Yellow House)

casayellow.com
I'm a public health professional in the nation's capital, and an enthusiastic home cook and writer in my rural Virginia kitchen. I love simple, market- and garden-driven food and entertaining that's accessible and low-fuss. I like to think I write about the life lived between the lines of the recipe.

JazzDragon August 20, 2013
I have a great love for zucchini, but then I've never grown it...
I totally can't wait to try this now!

Sarah (. August 13, 2013
It's funny that you mention that---I've toyed with the idea of a savory version of this but never made it happened. Of course, you could absolutely have the sweet version for dinner :)