Want to share your story? View our submission guidelines.

Today: The story of two different cooks, and the dishes Monita makes to preserve their memories. 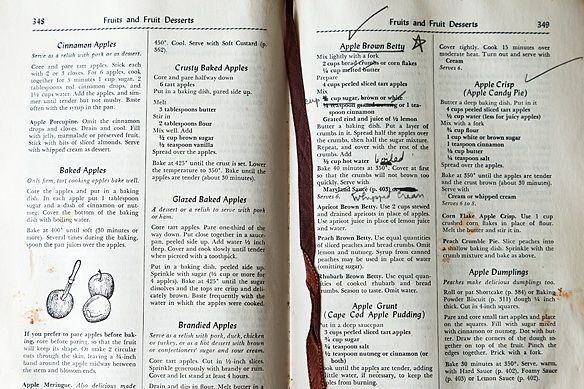 This October will be 10 years since my mom passed away and a year since my mother-in-law died. Both were great cooks, but as different as night and day.

My American-born mother, Gloria, was a fashion designer by trade, and an elegant, thoughtful entertainer. I remember the themed birthday parties she would throw for me and my siblings -- even the Coca Cola bottles had decorations. Or the imaginative Thanksgiving dinners she cooked for our family, including a relish tree she made out of Styrofoam and tin foil. When we moved from a Bronx apartment to a Long Island house, my mother finally had the space for dinner parties, especially a very chic fondue party with special dishes, skewers and pots.

My mom wasn’t an ad-hoc cook. Instead, she followed recipes from cookbooks and those clipped out of magazines and newspapers, always looking for the hot new dish. For a long time, she kept these recipes in a folder and rarely went back to them. For one Mother’s Day, I gave her a fancy binder and plastic sheets to help organize them; when she passed away I inherited this binder. In her meticulous way, she had organized all the recipes into categories, titling each page in her familiar handwriting. Since then, I’ve used many of the recipes that she collected, but my favorite is a recipe for grilled Dijon chicken. I’ve adapted the recipe so it’s baked, not grilled, but I always think of mother when I make it. 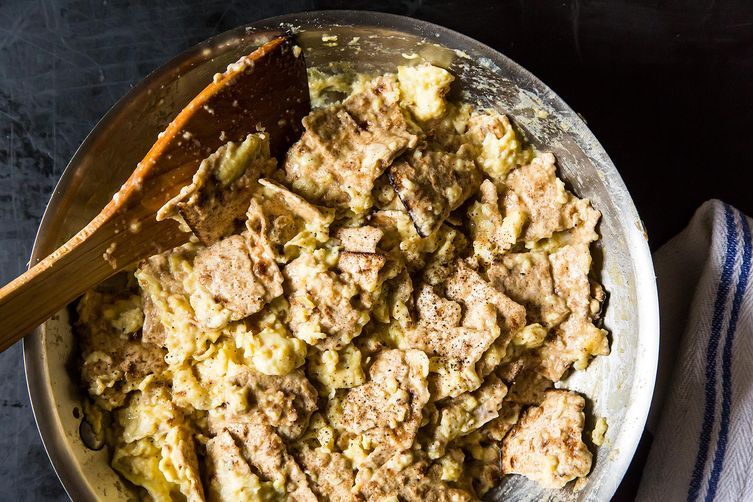 My mother-in-law, Gita, was a Holocaust survivor who came to the United States after the war. By the time I got to know her, she and my father-in-law had retired to Israel. During our visits as newlyweds, my husband Charles and I (and then later our children) enjoyed the Eastern European foods Gita had grown up with. She never cooked with a recipe -- instead, she cooked always by taste. And while her menus rarely varied, the food was flavorful and filling. Her specialties were very traditional Jewish foods which she made from scratch, including chicken soup, gefilte fish, chopped liver, and for Passover, matzo brei.

The last time we spent Passover in Israel, I made sure to trail Gita in the kitchen while she made the matzo brei so I could recreate the recipe once I returned home. Last summer I realized there were many other recipes that I wanted to preserve. Since I wasn’t going to be in Israel, I had my husband, who visited twice a year, record the ones I wanted. One of her dishes that we all loved was called Pflaumen Tzimmis. “Pflaumen” is German for prunes and “tzimmis” is Yiddish for a sweet stew traditionally made with carrots. All the sweet flavors of the dish come from the melding of the ingredients. It’s a perfect side dish for the Jewish New Year when sweet foods are eaten for a sweet new year.

The anniversary of the passing of a loved one is difficult, but preserving their memories with foods you love can make it easier to bear.

What are the dishes you cook to remind you of family? Tell us in the comments!

nyculinaryfinds.com
Former recipe tester for Martha Stewart Living Magazine and Martha Stewart Omnimedia books, Monita began testing recipes for Food52 in 2012 as well as responding to Hotline questions. She also tests recipes for media companies, like The Food Network, assists food stylists, does food writing, including her own blog, www.nyculinaryfinds.com A culinary professional for a decade, Monita began her professional life in the public relations field. Monita is committed to preventing hunger and volunteers with Met Council, an organization that helps New Yorkers fight poverty. One of her favorite projects with them is cooking Thanksgiving dinner for 60 residents at their low income housing.

sexyLAMBCHOPx September 14, 2013
Wonderful Essay! I appreciate your timely, helpful, and straight-forward answers on the hotline - without any judgments to others.

healthierkitchen September 14, 2013
Well said, Monita! It is during the holiday times that I tend to make the recipes of my mother's/grandmother's. I never did perfect my mother's tzimmes, but hers had no prunes and had carrots as well as sweet potatoes, and flanked

healthierkitchen September 14, 2013
that should be flanken (darn this spellcheck)!