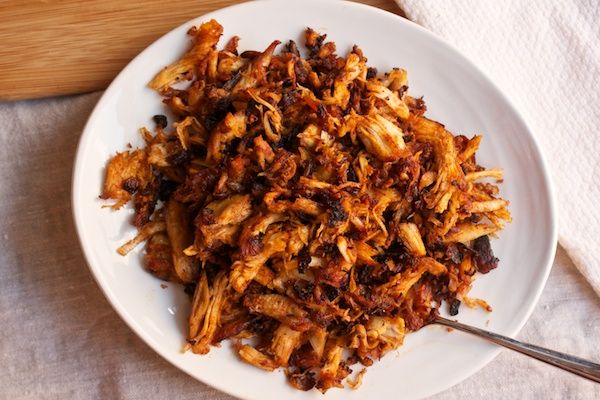 My Grandma Esther grew up in Brooklyn, not all that far from where I live now. While she was raising my dad and my uncles in neighboring Queens, she was a wonderful and resourceful cook, known for her “cement soup” (a.k.a. split pea) and her oil-based plum cake. And she invented this dish, an easy stovetop chicken hash, because her sons were picky eaters. 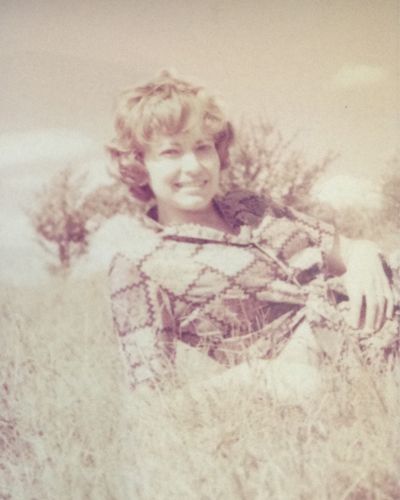 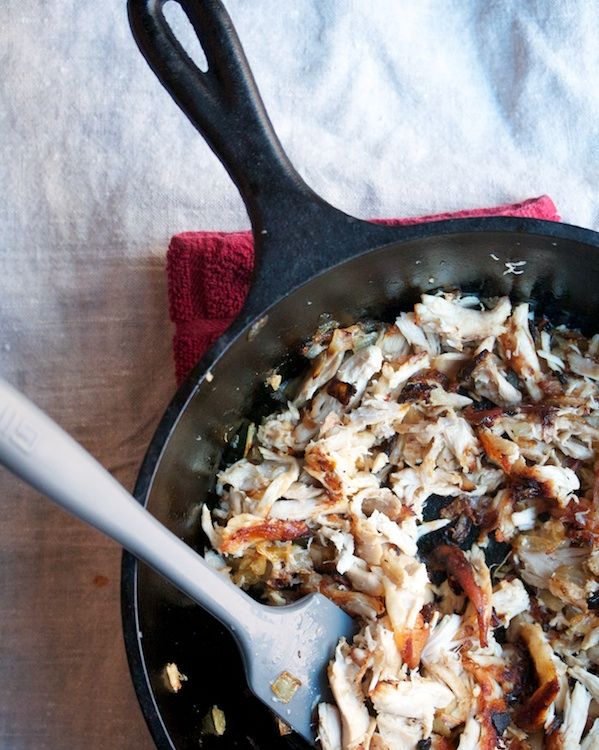 “Chicken Fritz came to the table because your dad and your uncles would not eat white meat,” she told me. “Every Friday I used one chicken for soup and roasted one -- thereby leaving me with a lot of it.”

According to Grandma Esther, the boys wouldn’t eat chicken salad, the capable cook’s normal go-to use for leftover soup meat.

But, grandma said: “the boys would eat anything in the form of a latke.” 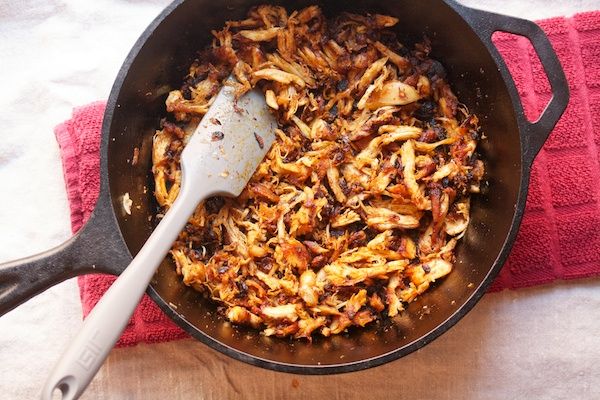 Also known as a hash brown! Brilliant Chicken Fritz doesn’t resemble boring white meat or gloppy chicken salad in the least. To make it, Grandma Esther fried chopped onions until their edges browned, then added shredded soup chicken to the skillet. The small pieces crisped up and absorbed the onion’s sweet notes. Lastly, she flavored the whole skillet with sweet paprika. Her daughter-in-law -- my mother -- thinks the purpose of the spice may be to further mask the white meat, but it tastes good too.

No matter that this is a dish of necessity, geared towards the taste buds of some 1950s-era children in Queens. It is delicious.

Though I’m not as picky as my dad and uncles, I do make an awful lot of chicken soup and can only eat so many chicken salad sandwiches. I grew up eating Chicken Fritz after my mom made soup, and the hash stands up to my grown-up tastes and needs. Because, like my grandma before me, I love to make homemade chicken broth but struggle to eat all the meat. Chicken Fritz is the obvious answer. 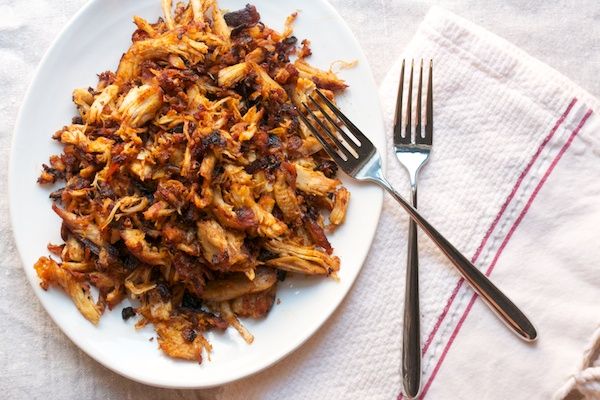 Regine December 3, 2013
Chicken Fritz is so delicious and easy to make. I served it over turmeric rice on individual plates, and to add a tad of color, I sprinkled some chopped parsleys, and even drizzled 4 tiny circles of Sriracha sauce on the corners of each plate - around the rice. It was so good and looked so beautiful that I uploaded a nice picture of it on my FB page. Thanks for sharing!

Assonta W. October 29, 2013
Made this for the family, it was a hit! W had let over over chicken from the frits and from the simmer for soup, so I added the chicken and potatoes from the hash to the soup the next day. It was soooo good! The kids have asked to add this two for one meal to our meal rotation. Thanks for a great recipe. I told my kids the story about it, and they loved it even more.
Author Comment

coffeebun October 26, 2013
Funny, my mom used to make something like this, but with soy sauce and a bit of sugar instead (we're Taiwanese)!
Author Comment

Regine October 21, 2013
Yum. Can't wait to make this. I may eat it with rice. Will probably make it using a storebought rotisserie chicken.
Author Comment

Cara E. October 21, 2013
Smart! We should totally fritz some turkey this year.