Today: Oatmeal makes its way into the holiday pie rotation. 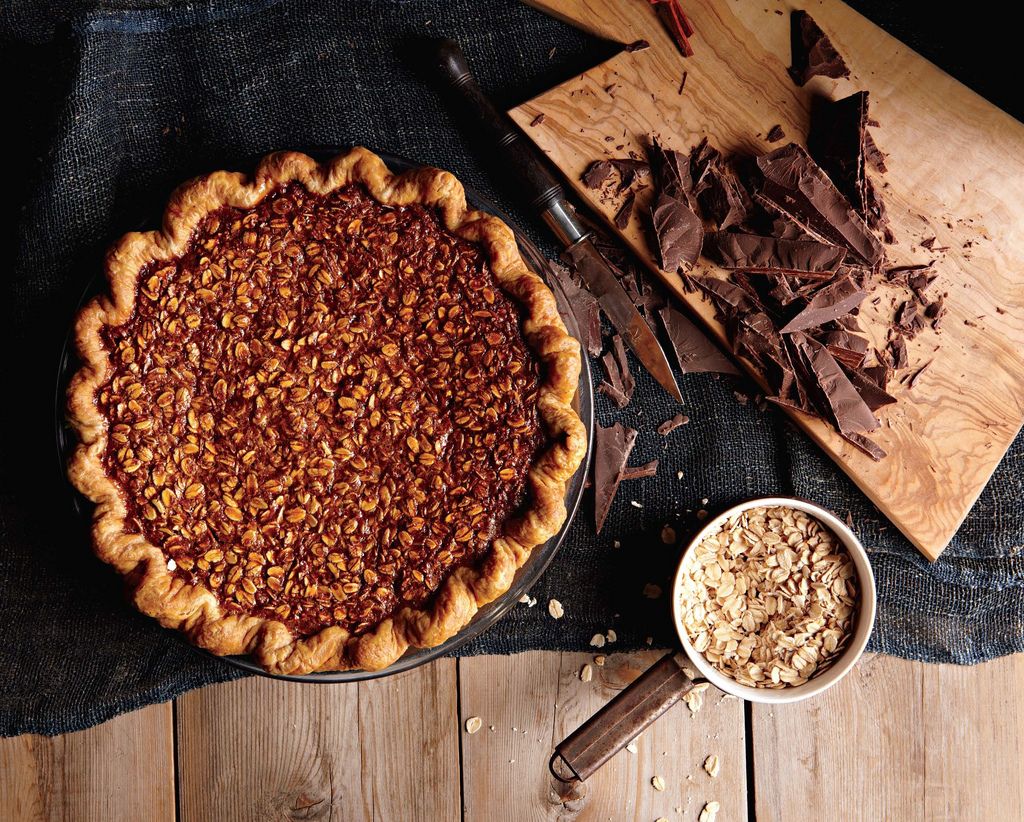 This pie has slowly but surely become a sort of cult favorite in our pie shop. We loved it from the start for its oatmeal chocolate chip cookie quality; it’s like a pie version of that classic recipe. In the olden days, this pie (minus the chocolate) was dubbed “poor man’s pecan pie” because oats are far less expensive than pecans. We up the ante by adding a decadent layer of dark chocolate ganache on the bottom.

To win a copy of The Four & Twenty Blackbirds Pie Book, tell us in the comments: What cookie would you like to see in pie form? We'll pick winners at random at the end of the week! (Unfortunately, we can only ship domestically.)

Nicollette June 30, 2018
Toffee nut (even with some chocolate for good measure!)

robywilliam November 18, 2013
I love the delicious combination of oatmeal pie with chocolate...it looks yummy and crispy so i would decide to make it for my kids during vacations. I hope they like it and appreciate my unique baking. http://www.chocholik.com/

Christine L. November 17, 2013
Raspberry linzer cookie pie would be absolute heaven for me!

KMicken November 17, 2013
We make molasses cookies and then dip half of each cookie in white chocolate. A pit version of that would be awesome!

Angela November 16, 2013
how about a christmas sugar cookie...pie? with sprinkles?