Today: Jess O'Toole of La Domestique introduces us to her German grandmother's cinnamon rolls, beloved by an entire town. 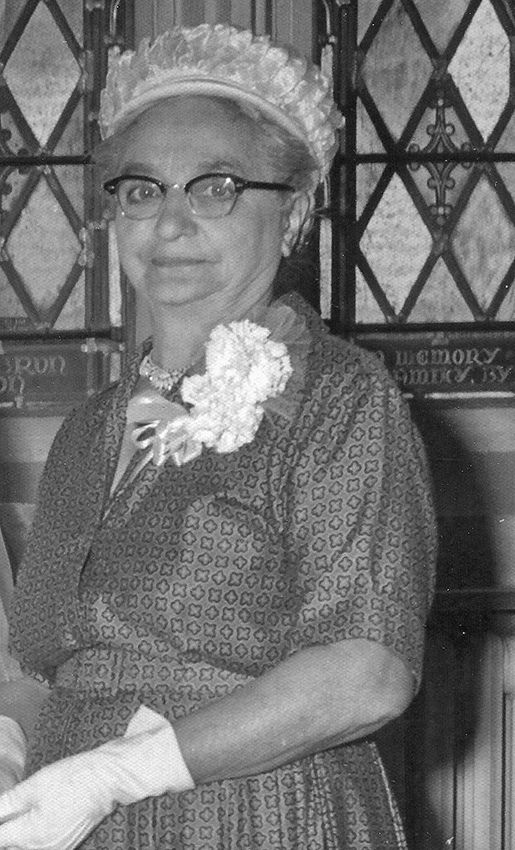 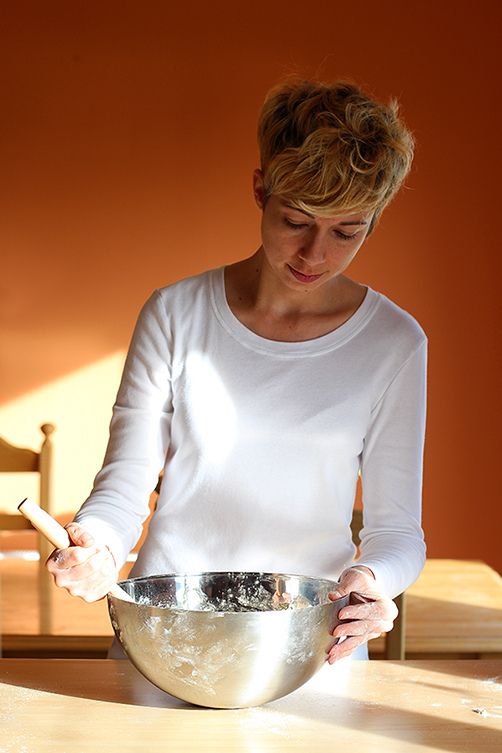 Cinnamon rolls are a Bercher family tradition. It all started with my great grandmother, Frances Bercher. Born Frances Schuster in Germany, she immigrated to America with her family in 1908 when she was 13 years old. Eventually, she married my great-grandfather and settled down with other German immigrants in Arkansas, where most of our family still lives today. I never knew Grandma Bercher, but she was a legend in our family and in the town. She was famous for her cinnamon rolls, but even more famous for her welcoming, generous spirit. 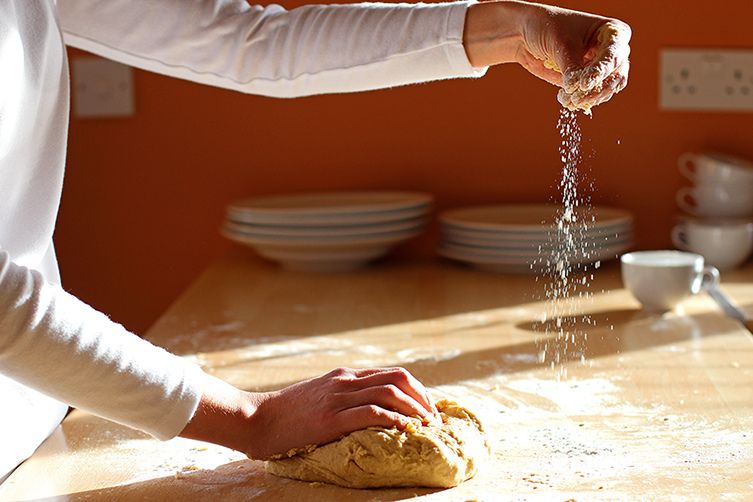 A devoted Catholic, she baked trays and trays of cinnamon rolls for parish functions. Sugar was rationed during the Depression before Word War II, but that didn’t stop her. She and Papa Bercher tended a vegetable garden in their yard and people would bring their sugar to trade for home grown produce so she could continue baking for the community.

My mother has memories of going to Grandma Bercher’s house for kaffeeklatsch, where the women of the family would bring their children and gather for kaffee (coffee) and klatsch (a bit of gossip). The large dining table was completely covered with trays of cinnamon rolls, baked in every pan she owned. 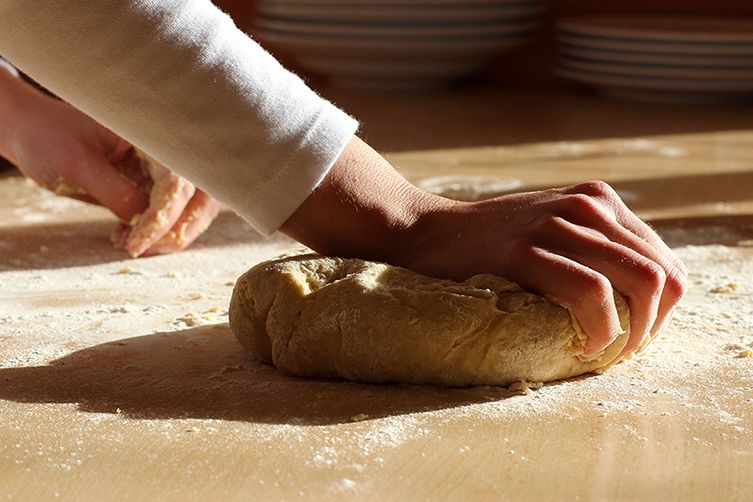 Grandma Bercher was a pinch and dash cook who never measured her ingredients, so no one in the family could ever seem to recreate the magic of her baking. Everyone always said it was Grandma Bercher’s loving spirit that made the cinnamon rolls taste so good.

I was born 10 years after she passed away, but my mom carried on the cinnamon roll tradition. My mom didn’t bake cinnamon rolls at home, though. Instead, we picked them up from the local German bakery. We always had cinnamon rolls on Christmas morning, a ritual I continue with my family today. 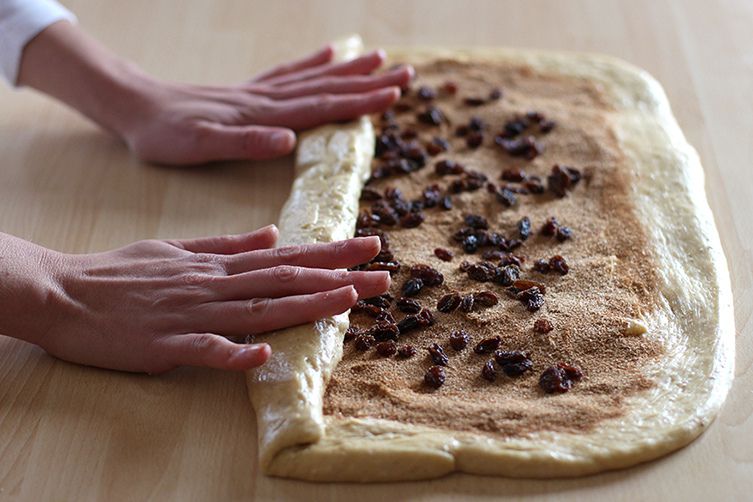 I’ve taken Grandma Bercher’s cinnamon rolls recipe and made it my own. The technique is the same; mostly it’s just a couple of ingredients that have changed. I use real butter while she would have used shortening, plus I’ve added vanilla and nutmeg, which probably would have been a luxury during her time. Whenever I bake these cinnamon rolls I’m reminded of her legacy. I think of her kind, generous spirit and find comfort in the thought that her best qualities are in me too.? 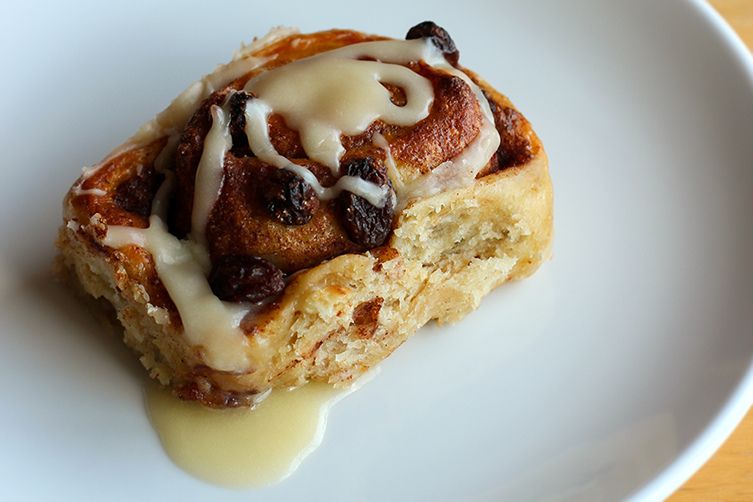 ladomestique.com
I'm a girl with passion for her pantry. Teller of stories, intuitive cook, food maven.

Michael Z. February 21, 2014
I hope to make these soon. The photography on this post was wonderful. Thanks.

veggieyaya December 26, 2013
I just made these for Christmas brunch yesterday, and they were perfection. So easy and so delicious! Thank you so much for sharing!

Tolani W. November 27, 2013
These look absolutely delicious; I keep seeing shortcut versions everywhere, but if you want real flavour you have to go the full haul!
Author Comment

em-i-lis November 26, 2013
The pictures in this post are magnificent!! And a good cinnamon roll is really a treat!
Author Comment

la D. November 26, 2013
Thanks Emily. I live in Ireland at the moment and we were blessed with a beautiful sunny day for the photo shoot. Cheers!