Today: Sarah Elton, food journalist and the author of Consumed: Food for a Finite Planet, shares a recipe that's been around for many a happy hour. 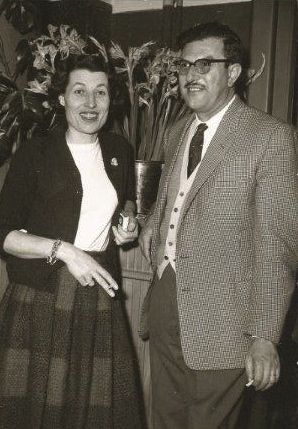 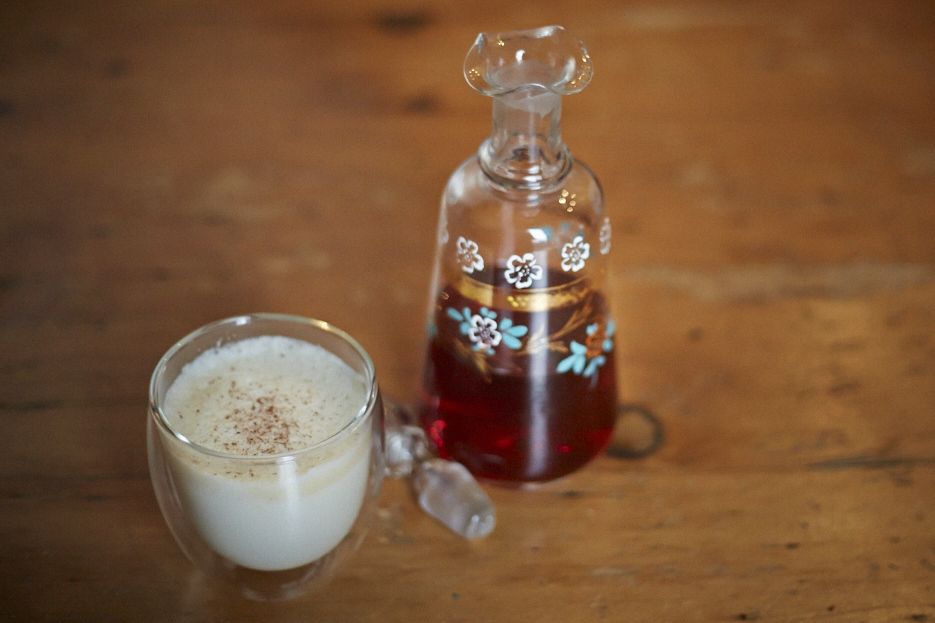 My family has been drinking Tom and Jerrys for five generations. It wouldn’t be winter for me without a steaming cup of the drink that resembles eggnog -- but is, in my opinion, far more delicious than its popular cousin. My great-grandparents enjoyed it in San Francisco before the Depression.

My grandparents held an annual Tom and Jerry party where they served the drink, as they moved around the world for my grandfather’s job -- from Connecticut, to London, Ottawa, Paris, finally ending up in Toronto where they made them until they died. My parents carried this tradition forward and now I make the drink too, with the help of my daughters. 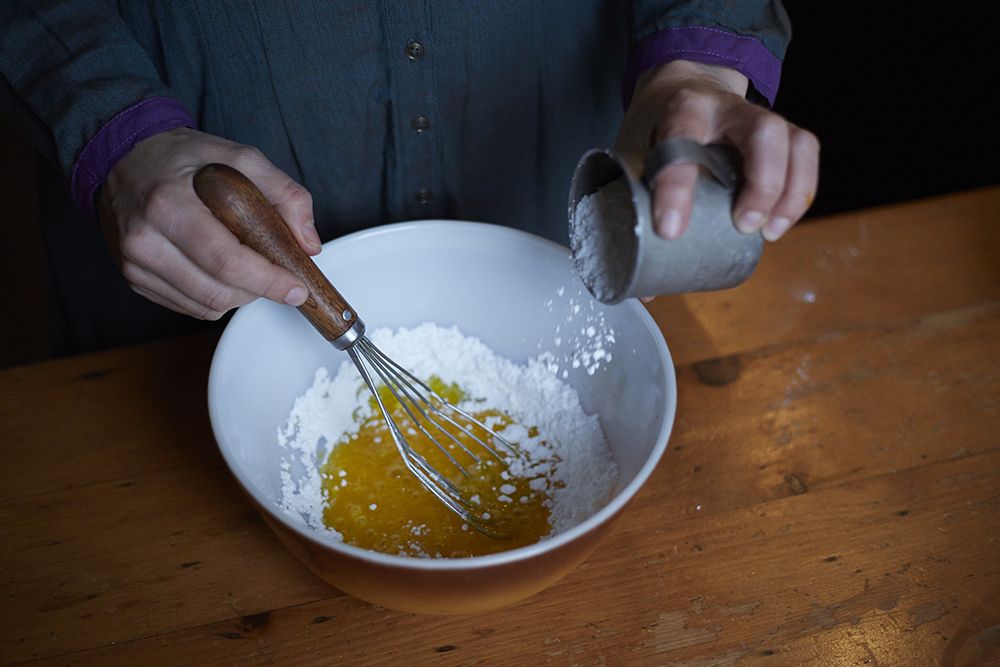 Despite this drink’s lofty place in our family history, I’ve never met anyone who knows what a Tom and Jerry is, let alone someone who has sipped one anywhere but at our parties. I once interviewed a cocktail historian who audibly gasped on the phone when I told him about our family tradition. He said that while he knew of people who made the drink as an act of cocktail revival, he’d never heard of anyone with an uninterrupted family connection to it. 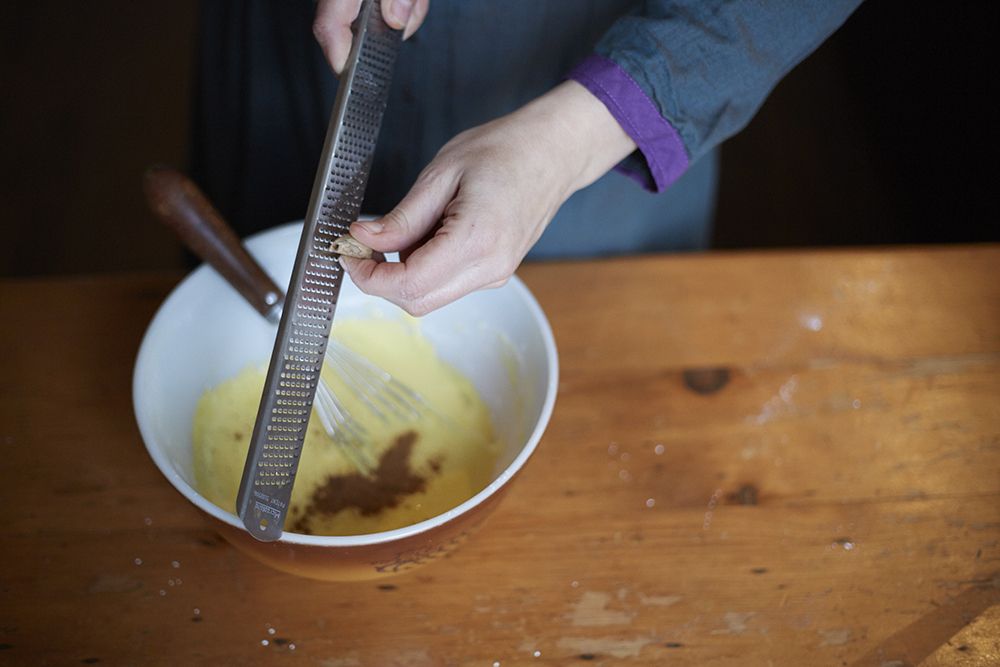 But the Tom and Jerry was once popular -- you could order a cup in any bar to warm up on a cold day. There are competing theories about its origins. Some say the concoction was created by a British journalist as a publicity stunt to spread the word about his new book, The Day and Night Scenes of Jerry Hawthorn, Esq. and His Elegant Friend Corinthian Tom (Tom and Jerry). Others believe it was invented by a well-known American bar tender, “Professor” Jerry Thomas. Perhaps my family makes the drink because my grandfather worked as a bartender at the famous San Francisco restaurant, Trader Vic’s, where you can still buy a jar of the mix. 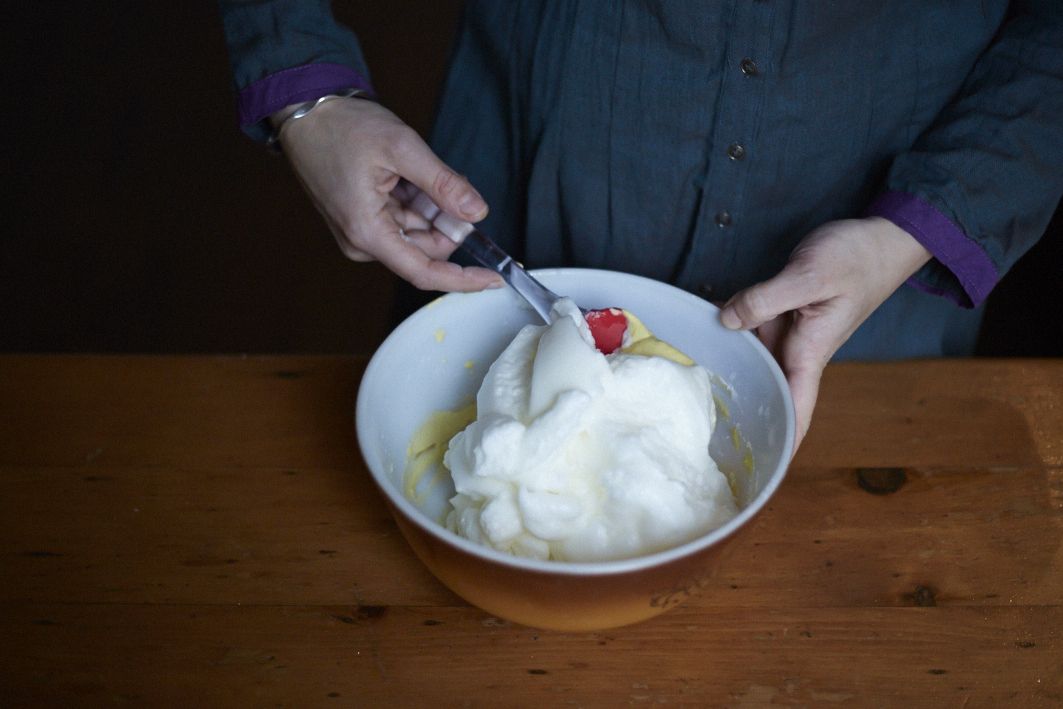 It might have been invented in a bar, but I prefer my Tom and Jerry without alcohol. If you like yours spiked, beware -- they go down easy. My grandmother always said the milk countered the effects of the spirits. But it doesn’t. My mother remembers that her grade five teacher, a teetotaler, couldn’t taste the booze and had to be carried home.

I transcribed this recipe from a mimeographed (yes, mimeographed!) copy that my great-grandfather typed decades ago, adorned with a hand drawn holly. Some recipes don’t hold up to the changing times, but this is a classic that will warm you up as well as it did a century ago. 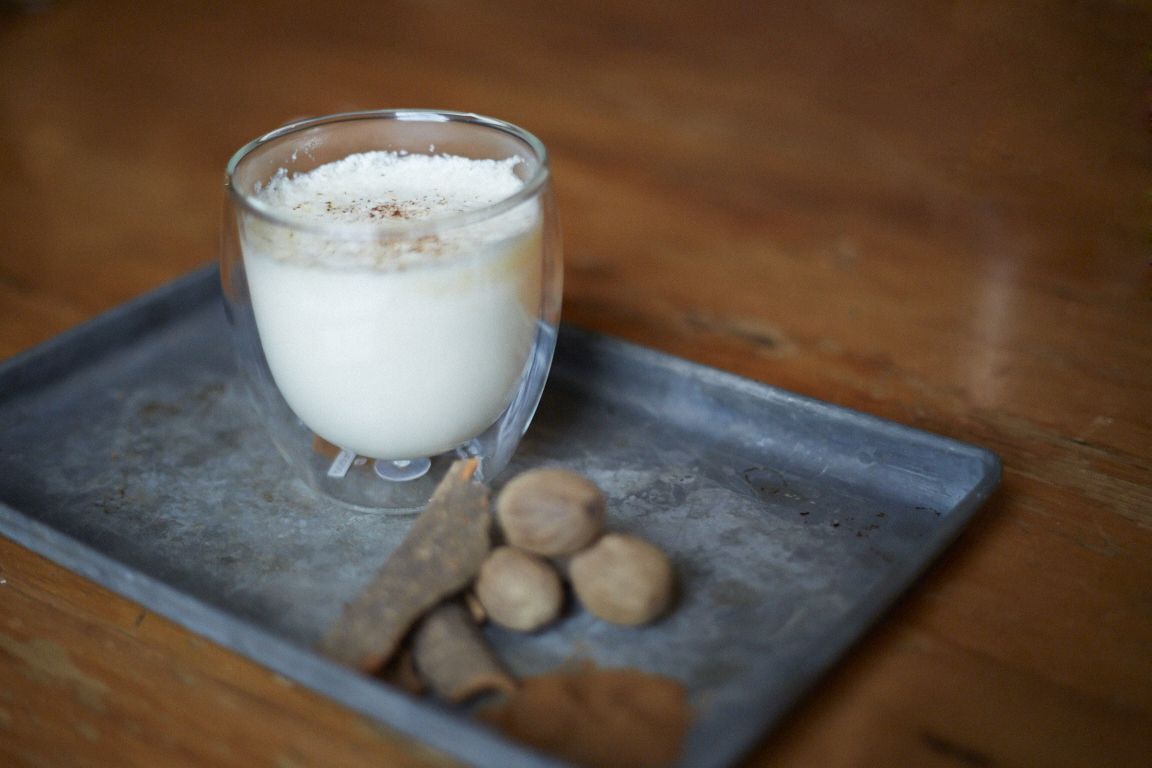 Makes enough for a party

sarahelton.ca
Sarah Elton is the author of Consumed: Food for a Finite Planet published by the University of Chicago Press and Locavore. Her new book for people 10 years plus, titled Starting from Scratch: Everything you need to know about food and cooking, will be published in March.

pmay December 11, 2016
Tom and Jerry's are quite common in Wisconsin, but we never really observed prohibition up here so many strange and wonderful drinking customs have endured!

Sheri L. March 24, 2014
I grew up drinking Tom and Jerry's every winter in Wisconsin! My mother had special milk glass mugs with different colored sparkly plastic around the middle/handle. Great memories!!

Sarah E. December 31, 2013
A reader wrote and asked about how to use the Tom and Jerry bowl--in my family we have two bowl and mug sets that are white porcelain with Tom and Jerry written in gold. For a party, you fill the bowl with the Tom and Jerry mix and put it on display for all to see. Then make up each drink individually by mixing batter and scalding hot milk in each mug. Enjoy!

Kirsten D. December 31, 2013
We can buy the mix here in the grocery stores, and yes I have to agree you can't get through the winter without them.

kns December 30, 2013
I come from an old San Francisco family and my Grandpa made these every winter for the whole family. What a treat to find your family's recipe. Thank you!

David G. December 30, 2013
I too grew up with the traditon of Tom and Jerry's well. This brought back a lot of wonderful memories. Happy New Year.