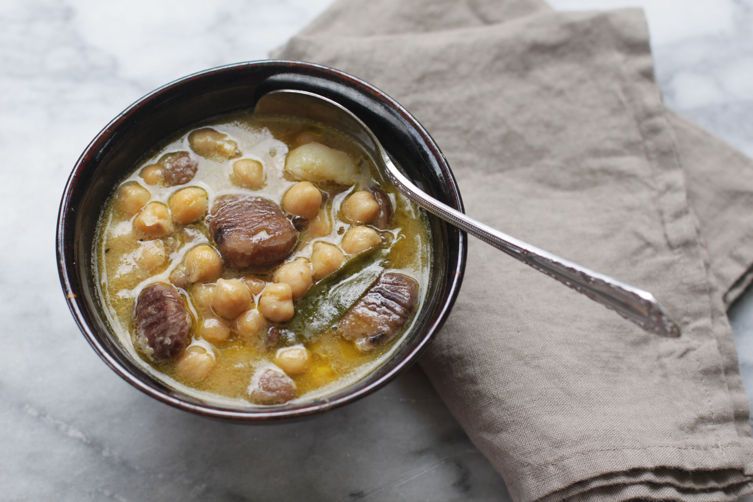 Chestnuts have long been a staple of Italy's Apennine and Alpine regions, where they appear in numerous peasant dishes, from stuffing to polenta to dessert. Foraged from the forests, chestnuts made a delicious, cheap, and readily available ingredient that kept well and filled up hungry bellies. They say that after the war, while polenta saved the north and fish saved the south, chestnuts saved central Italy. This is one of those dishes that saved.

Traditionally, dried chickpeas are used in this soup -- soak them for 12 hours before boiling them until soft. Dried or freshly-collected chestnuts can also be used; both need to be boiled until tender, the latter scored with a cross before heading for the pot and peeled after boiling. Don't throw away the liquid used to cook these ingredients; it becomes the broth for the soup. 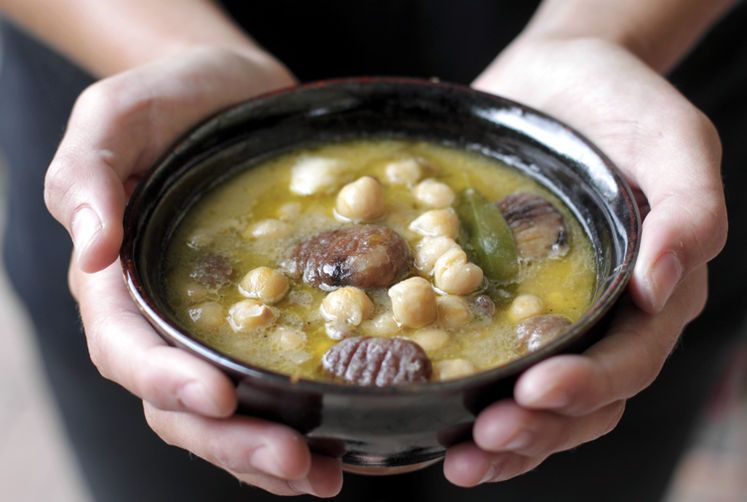 This version below -- for convenience's sake -- uses quality pre-cooked chickpeas and chestnuts, which means this soup can be made in under fifteen minutes. Despite its simplicity, it is a soup full of flavor, with the partially-blended chickpeas lending a hearty creaminess and fresh herbs that sing out. (Rosemary and chestnuts are a match made in heaven.)

Recipes from Abruzzo may call for a splash of tomato purée (passata). Other recipes want the chickpeas whole, rolling around in the broth made by boiling the dried chickpeas. The chestnuts are usually kept whole, as puréed chestnuts become extremely thick -- though it's not entirely out of the question to blend them, too. Still others I have seen use different legumes in place of the chickpeas, such as borlotti or cannellini beans. If you want to add even more substance to it, farro or barley would go nicely. It's a humble soup with moreish, comforting quality: perfect for your next cozy night in with a glass of red wine. 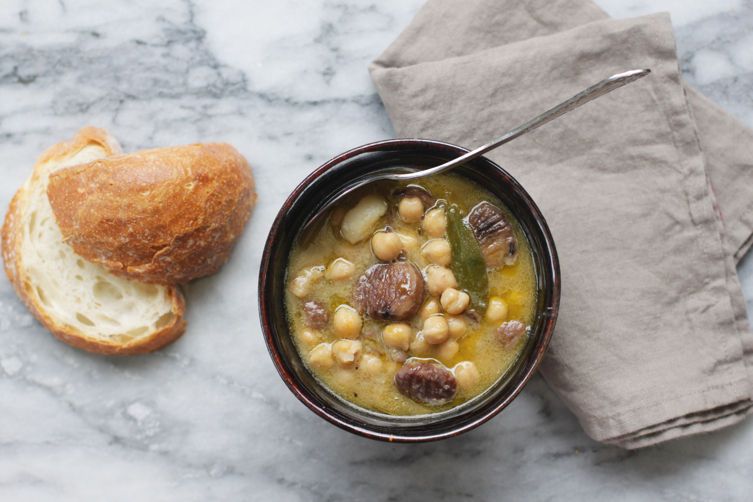 Clover88 March 8, 2015
So easy, so quick and yet so elegant and delicious. Made it while home sick with cold, made it for weekly dinner night, made it for luncheon with friend. It's a new standard in my kitchen.