Winner of Your Best Hors d'Oeuvre

Congratulations to healthierkitchen, whose Smoked Trout Paté won the contest for Your Best Hors d'Oeuvre! 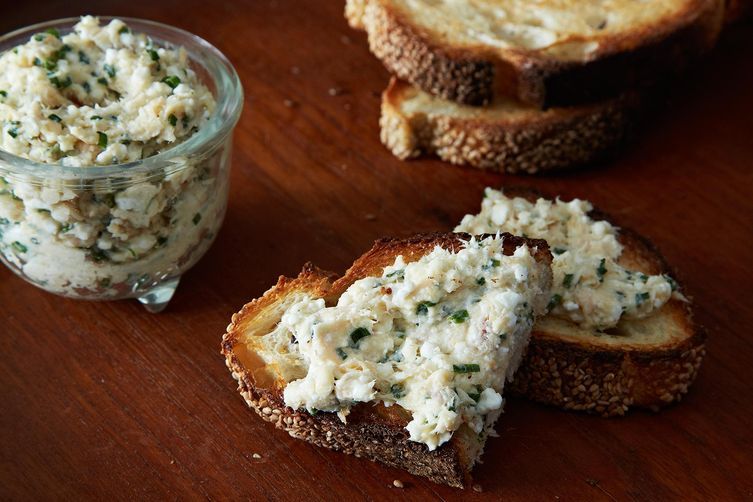 Describe an early food experience that has influenced the way you think about food and/or cooking.
First, making the perfect matzoh ball was sort of a test in my home. We beat egg whites by hand with an old-fashioned springy wire beater until stiff peaks formed. When I was about 12 or 13, my grandmother jokingly pronounced that I "could get married" as my matzoh balls were just as she liked them -- light and fluffy. (Weirdest compliment for a budding feminist.) When I was not much older, maybe 15 or so, my sister took me to Woodstock, New York, where I ate spaghetti with broccoli aglio olio and I started experimenting with fresh vegetables after that. She also gave me the Moosewood Cookbook when I went to college. 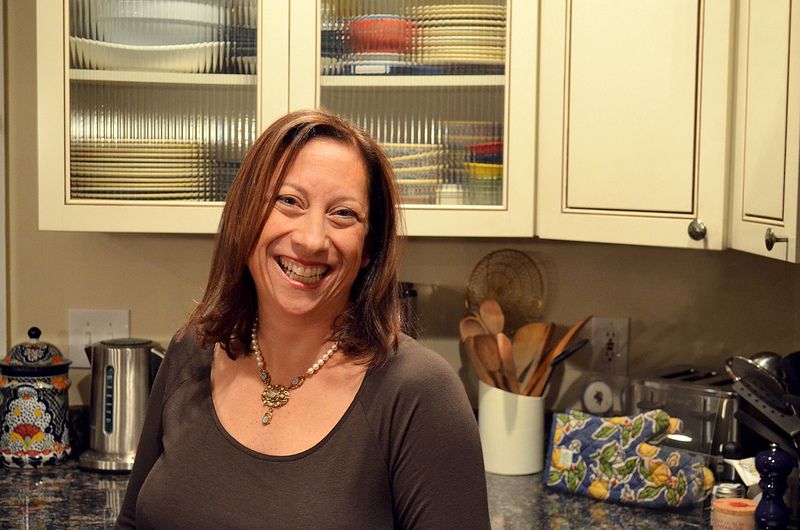 Your favorite kitchen tool?
I love my large Le Creuset Dutch oven.  I use it often and the color always makes me happy.

What is your idea of comfort food?
Pasta and soups. Eggs.

What is your greatest kitchen disaster?
When I was in grade school I tried to age a map of Columbus' voyage.  I wanted to burn the edges a little but my parents weren't home so I couldn't use matches. I was allowed to use the oven, though. Using the broiler was not the best idea. My parents missed the flames, but came home to the miasma of burnt oaktag and crayon.

calendargirl January 7, 2014
Brava, Wendy! And I love the map under the broiler.

healthierkitchen January 5, 2014
Thanks for all the lovely comments! It's not a fancy, complicated dish, but whenever I serve it, it very quietly and steadily disappears! Stay warm everyone!

lapadia January 5, 2014
Congrats, HK! Your kitchen disaster cracks me up ;)

ChefJune January 4, 2014
This reminds me of whitefish salad, which I adore. Loved this recipe when I first saw it. Can't wait for an excuse to make it. Congratulations on the win!

Randi January 3, 2014
Congratulations; this was the most popular hor'douvre at our Christmas Eve Feast of the Seven Fishes!

healthierkitchen January 3, 2014
Thanks so much everyone! Very much appreciate the support. Happy new year and happy eating everyone!

Kukla January 3, 2014
Warmest Congratulations HK! I am glad and happy for you!!

Elana C. January 3, 2014
I made this twice over Christmas for my family -- they are obsessed! Once with Whitefish; amazing on bagels!

healthierkitchen January 3, 2014
My cousin actually uses this instead of whitefish salad!

healthierkitchen January 3, 2014
Thanks so much, you are still the "Queen"!!

KitchenJoy January 3, 2014
Congratulations! This pate sounds marvelous, and I look forward to trying it out soon! Hubby LOVES trout, so I know it will be a hit at my house. Thanks so much for sharing!

Lizthechef January 3, 2014
This paté got my vote - eager to try. Congrats!

Midge January 3, 2014
Hurray! Big congrats hk! Loved your pate and will no doubt become a standard in my house.

inpatskitchen January 3, 2014
Warmest Congratulations! Your pate is on my to-do list very soon!

Pegeen January 3, 2014
Congratulations! Am throwing a get together on this snow day just so I can try this.