5 Desserts Made with Cinnamon Toast 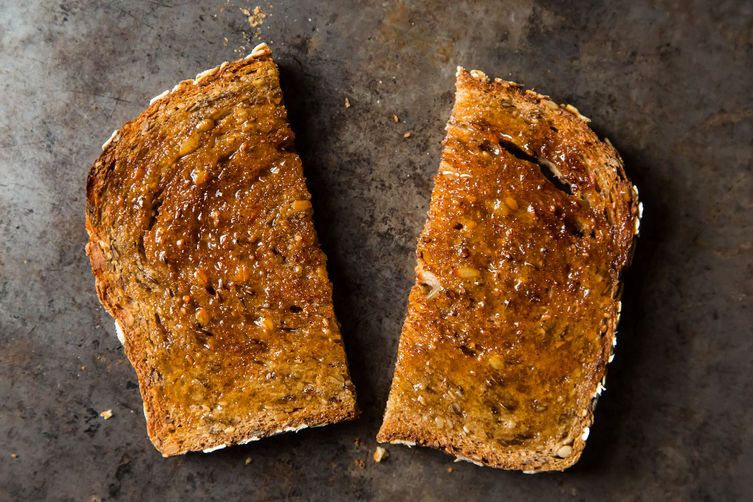 Remember your mother’s cinnamon toast? Here are five fabulous ideas for how to make a simple but superb dessert of it.

As for the toast itself, your mother probably buttered some fresh or stale or lightly toasted sandwich bread (or any other bread), sprinkled it with cinnamon sugar, and put it under the broiler or into the toaster oven.

You can wing it like she did, or use the “recipe” below as a starting point, but don’t limit yourself to white sandwich bread -- French bread or challah slices are even better.

1. Serve with a bowl of sliced bananas and pouring cream.

2. Serve with chocolate or butterscotch pudding.

5. Use as a raft for a scoop of ice cream floating in a shallow soup bowl of Mexican chocolate soup (a.k.a. Mexican hot chocolate made with half the amount of liquid called for on the package).

1/4 cup firmly packed brown sugar or white sugar or any interesting raw sugar such as muscovado, palm sugar, or grated piloncillo
1 teaspoon ground cinnamon
2 tablespoons soft butter
Pinch or two of salt, if butter is unsalted
4 to 6 slices fresh, slightly stale, or lightly toasted bread, or the equivalent in baguette slices (sliced on the diagonal for more surface area).

Mix the sugar, cinnamon, butter, and salt. Slather on bread or toast slices. Broil until the edges of the bread are brown and the sugar is bubbly. Serve at once -- or when you get around to it.

Alice's new book Seriously Bitter Sweet is a complete revision of her IACP award-winning Bittersweet, updated for the 54%, 61%, and 72% (and beyond) bars available today. It's packed with tricks, techniques, and answers to every chocolate question, plus 150 seriously delicious recipes -- both savory and sweet.