How to Throw a Dumpling Party, on the Cheap

Cooking on the cheap shouldn't mean minute rice and buttered pasta every night. With a little creativity and a little planning, Gabriella Paiella shows us how to make the most of a tight budget -- without sacrificing flavor or variety.

Today: A comforting, cheap party to lure guests out in the coldest months. 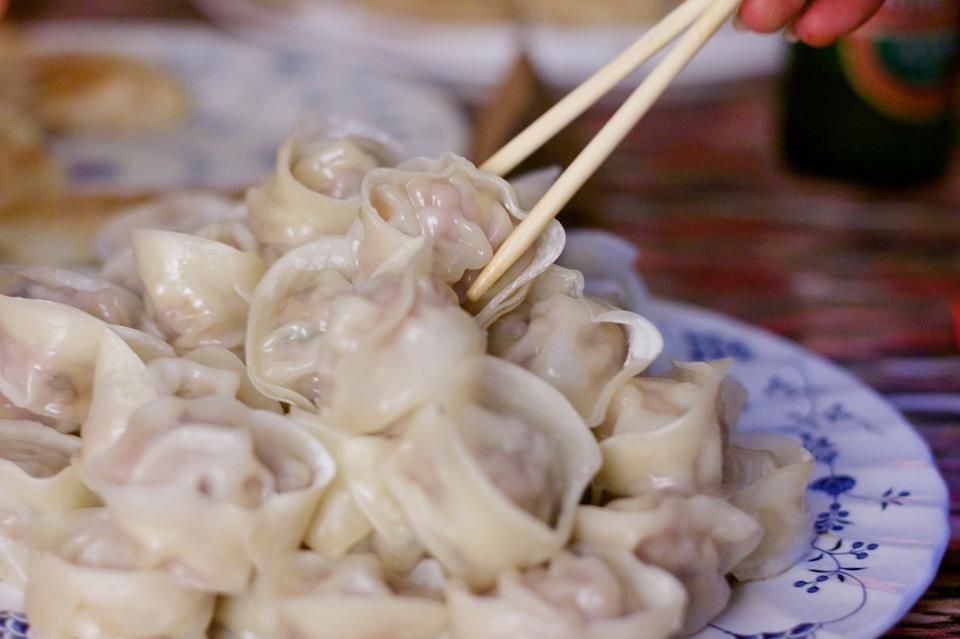 Intermittently over the past few weeks, the Northeast's been experiencing a weather pattern ominously dubbed the "polar vortex." Think frigid temperatures, bone-chilling wind -- the kind of climate that only an alarmist Weather.com homepage editor could love.

The most unfortunate result of this temperature drop (you know, besides the pervasive seasonal affective disorder) is the way it overwhelmingly affects our social lives. Binge-watching Netflix under a pile of blankets consistently seems more appealing than getting dressed and going out for the night when it's below freezing. So when Anna and I decided to throw a party last weekend, we realized it would take more than copious amounts of alcohol to lure people out into the cold -- there would need to be the promise of food, too. We'd already hosted a successfully frugal Thanksgiving and a smaller Back-to-School party. But this time around we were entertaining a few dozen people on a Saturday night, all for under $100. 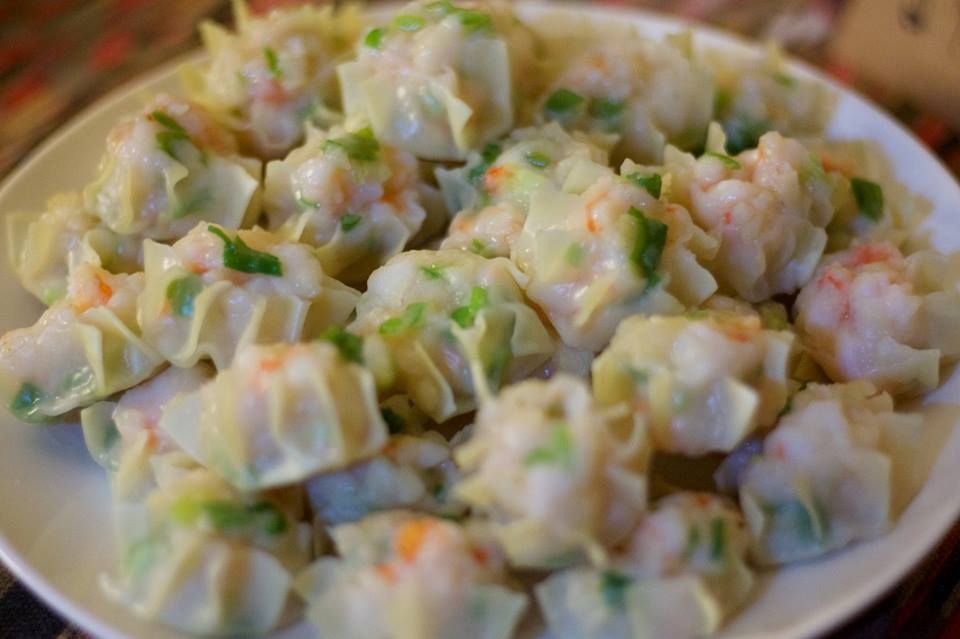 The week before the party, we purchased gyoza wrappers and ingredients for four varieties:

In an attempt to not completely drive ourselves mad the day of, we prepared and froze 250 dumplings on the Wednesday before the party. About an hour before our guests started to arrive, we began to steam or fry them, keeping them warm in the oven before they were ready to be set out.

Rather than mixing up a different type of dipping sauce for each dumpling variety, we combined a cup of soy sauce, a cup of rice vinegar, 3/4 cups of sugar, and a few tablespoons each of ginger and garlic and let them marinate together for a couple of hours. A bottle of Sriracha, chopped scallions, and black sesame seeds rounded out our seasoning selection, letting our guests customize their meal with minimal effort on our part.

A few bags of crispy fried noodles and duck sauce, along with a large bowl of edamame, made for some additional cheap snacks to keep our guests satiated once the dumplings ran out and the inevitable late-night booze-fueled cravings set in. 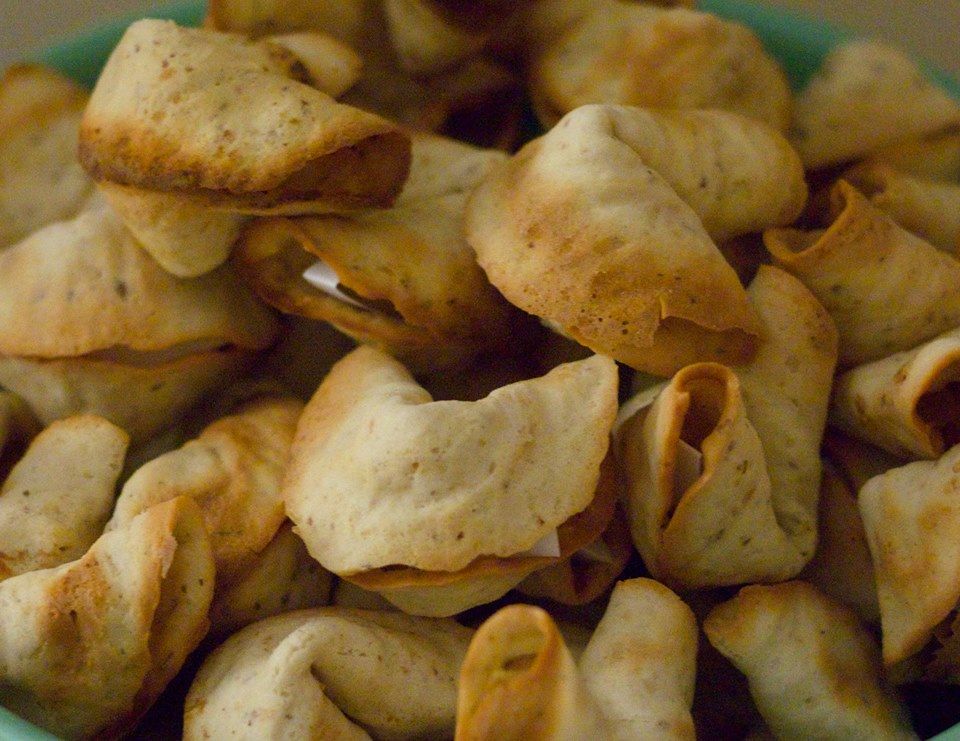 For dessert, Anna crafted homemade Fortune Cookies filled with either Kanye West tweets or Deep Thoughts by Jack Handey -- both incredibly entertaining in their own right (and not always so easy to differentiate from each other).

To cut down on alcohol costs, we purchased several bottles of seltzer, then whipped up ginger syrup and invited our guests to bring their own hard liquor to mix in.

We also ordered a large case of Tsing Tao beer, which stayed perfectly chilled when it was left out on the fire escape all night -- proving that perhaps the polar vortex was good for something, after all. 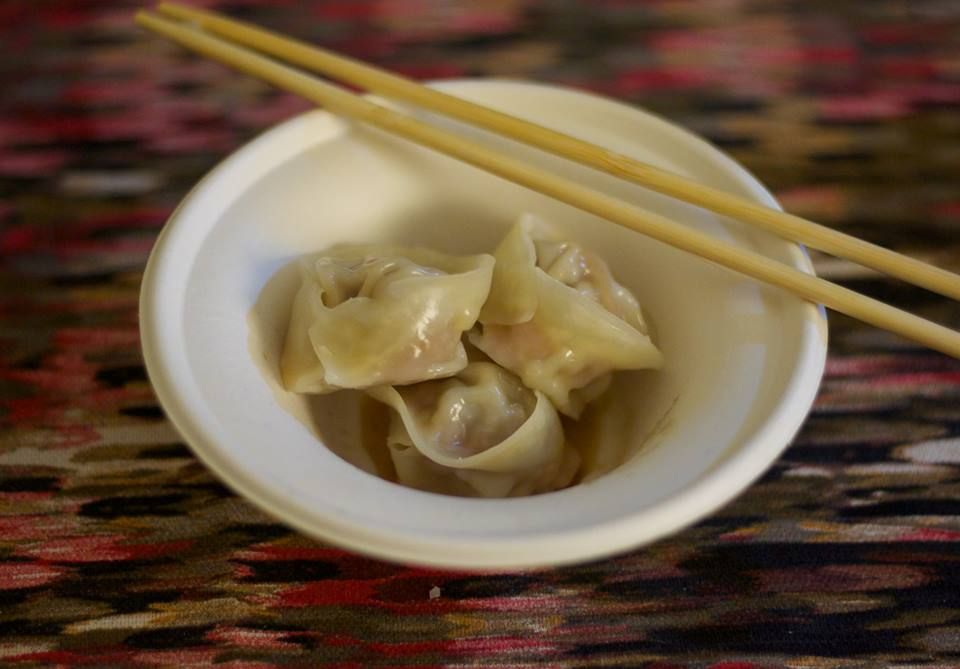 Dianecpa January 30, 2014
where do you get the gyoza wrappers....all I can find is the square wonton one!

Gabriella P. January 30, 2014
I love Heidi's Golden Dumplings...she's a genius. The round gyoza wrappers were purchased at a small Japanese grocery but the square wontons should work fine as well if you don't have one near you.

CarlaCooks January 30, 2014
I want to go to dumpling party!!!!!! And I totally agree about the foul weather only being good for keeping alcohol cold. Our balcony (we live in Copenhagen) is basically just a large beer and white wine holding place.

Gabriella P. January 30, 2014
Lucky you! And Copenhagen is one of my favorite cities...perhaps we'll have to fly out and host our next one there.

rizzle January 29, 2014
What a brilliant idea! These look delicate and delicious.