Today: A retro party dessert that dates back to Renaissance Tuscany. 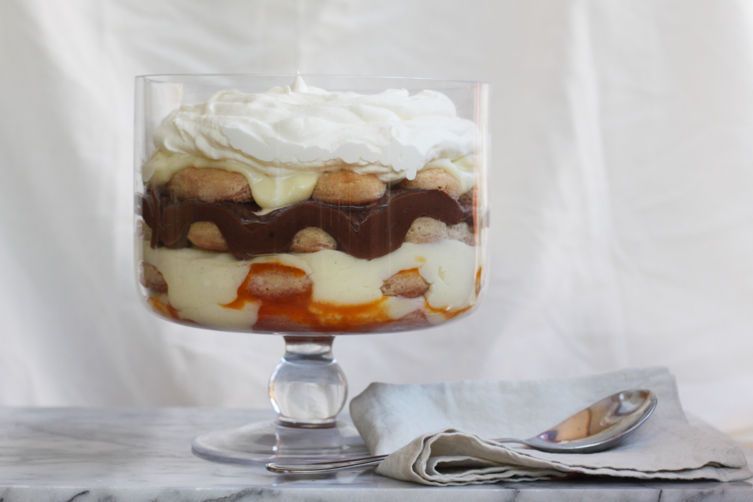 Some say it comes from Emilia Romangna, some say Tuscany and some, thanks to its name, insist that Zuppa Inglese is an English dessert, Italianized. Literally meaning “English soup,” it's commonly thought that it's named and modeled after the English trifle, brought over by English expatriates living in Florence in the 19th century. Or it's been suggested that the “English” refers to the crème anglaise (“English cream”) or custard, used traditionally for this recipe.

In Italian Food (1954), Elizabeth David called it an “exuberant joke” and a “trifle much glorified.” She notes that Italian desserts are particularly gaudy and the Zuppa Inglese is no exception. Its defining feature is its striped, layered appearance, made all the more evident with the contrast of chocolate and vanilla pastry creams and the pink hue of Alchermes (which, here, was substituted with pomegranate syrup -- a pale pastel version, if at all). Alchermes, a spiced Tuscan liqueur that dates back to the Renaissance, usually tinges the lady fingers hot pink -- you could spot it a mile away. If you can get it, this is the most traditional way to make Zuppa Inglese. 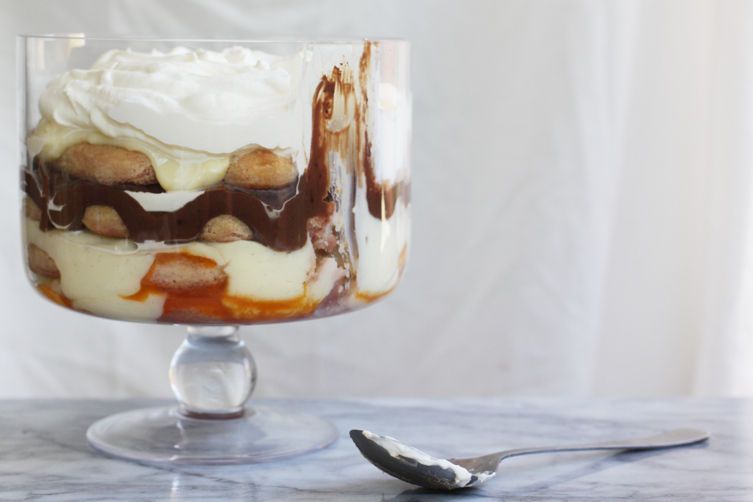 As far back as 1891, Pellegrino Artusi included Zuppa Inglese in his 'Bible' of Italian cooking and noted it as a Tuscan dessert, which he improves on by making a stiffer pastry cream; he argues that the crème anglaise normally used, while deliciously delicate, is too liquid for his liking. The recipe for vanilla pastry cream below is his. But his Zuppa Inglese is quite unlike the one most would recognize today. He leaves out the chocolate pastry cream and whipped cream, and instead layers smooth apricot jam with lady finger biscuits dipped in Alchermes, pastry cream, and rosolio bianco (you could use a rum syrup like the one used for these Rum Baba). Artusi's Zuppa Inglese is also made in a lightly greased bowl that is to be upturned and unmolded -- hence the need for a stiffer cream.

Ada Boni, in her 1920 cookbook The Talisman, has a Zuppa Inglese made with sponge cake (presumably lady fingers were still hard to find then), soaked in rum and crème de cacao. It's layered with pastry cream and candied fruit, and topped with an Italian meringue that is then baked in the oven to set. 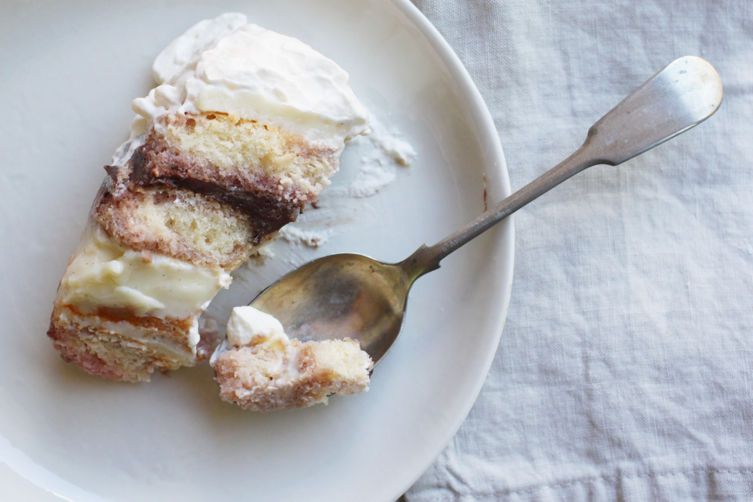 But the story I like traces the Zuppa Inglese all the way back to sixteenth century Tuscany, where it was served to the Medici dukes and known in Siena as “zuppa del Duca”, the Duke's soup. It then made its way to Florence, where it was enjoyed immensely by the many English expatriates who lived there. The Zuppa Inglese could even have inspired the trifle.

Either way, it's a show stopper, the sort of thing to pull out for a birthday party or a large gathering. It's a little retro -- like anything served in a large glass bowl -- but a good classic is hard to pass up. You could also make this in individual ramekins for a more modern presentation.

This recipe below is a little Artusi -- a layer of apricot jam appears, like in his English trifle-inspired version -- and the super easy pastry cream is his, too. But I've included a layer of chocolate pastry cream, as the bitterness of the dark chocolate contrasts wonderfully with the rest of the dessert, and topped it with plain whipped cream. Some like to top it with a fine layer of bittersweet cocoa powder instead.

If you can't find Alchermes, pomegranate liqueur or syrup can be easier to find (and is a lovely, slightly sour flavor in this), but it won't have the same colour that the more traditional Alchermes does. If you want to make a non-alcoholic version, simply use the sugar syrup and pomegranate syrup or juice. 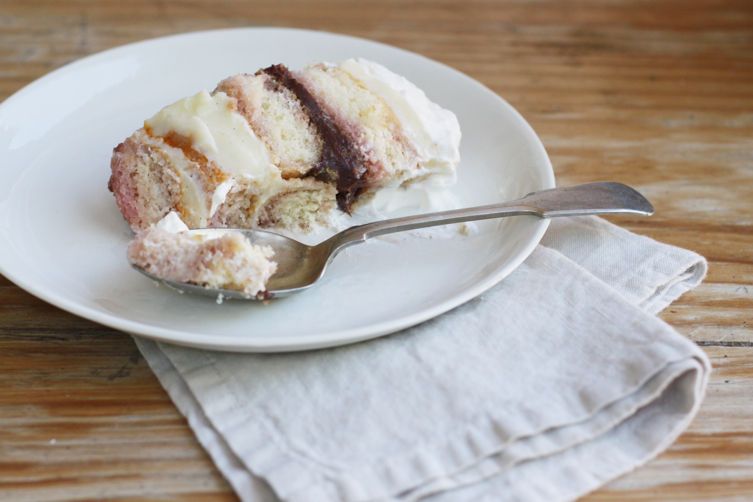 For the pastry creams:

ula February 25, 2014
I love the look of your trifle, such good layers!
Author Comment

Emiko February 26, 2014
Thanks Regula! Definitely the stuff worthy of a party where you have many people to help finish it! ;)

sollared February 25, 2014
This looks great, but any suggestions for chocolate substitutions? Love it, but semi-allergic to it.

Emiko February 26, 2014
Do it without chocolate! As mentioned in the older cookbooks, chocolate cream isn't present, so it's actually closer to the "original" recipe without the chocolate layer. Like Artusi, you could use jam as a layer if you want another colour in there to contrast (perhaps even a dark coloured jam like plum or blueberry instead of apricot, which he uses).