How to Make Maple Cream

Today: What's the purest, most decadent way to enjoy maple syrup, apart from drinking it straight from the tree? Make a batch of Carey Nershi from Reclaiming Provincial's maple cream and find out. 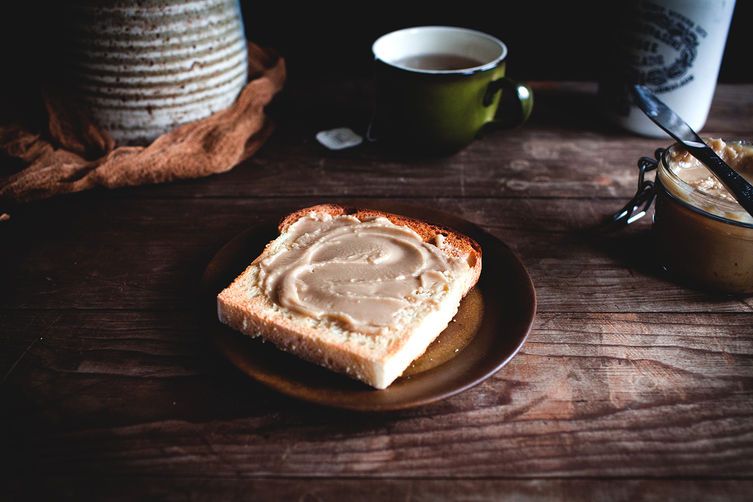 When I was 15, my parents decided my free time would be better spent at a job than with my high school boyfriend. (In retrospect, they were definitely right.) So for the next three years, I worked at a sap house in my small hometown in upstate New York, helping out around the store after school and waiting tables during weekend pancake breakfasts.

It's no surprise that anything and everything maple holds a special place in my heart. (Let's be clear: We’re talking pure maple syrup, not that fake stuff. Us folks here in maple country tend to take our syrup pretty seriously.) And of all the things you can do with maple syrup, turning it into maple cream is perhaps my most favorite.

If you’ve never had maple cream (a.k.a. maple butter), you’re missing out on maple in its most decadent, delicious form. To make maple cream, you simply heat maple syrup to the cusp of soft ball stage, cool it down, and then slowly stir it until the sugars crystallize to form a light, spreadable cream. It’s wonderful on toast, mixed into frosting, or simply eaten right off a spoon. 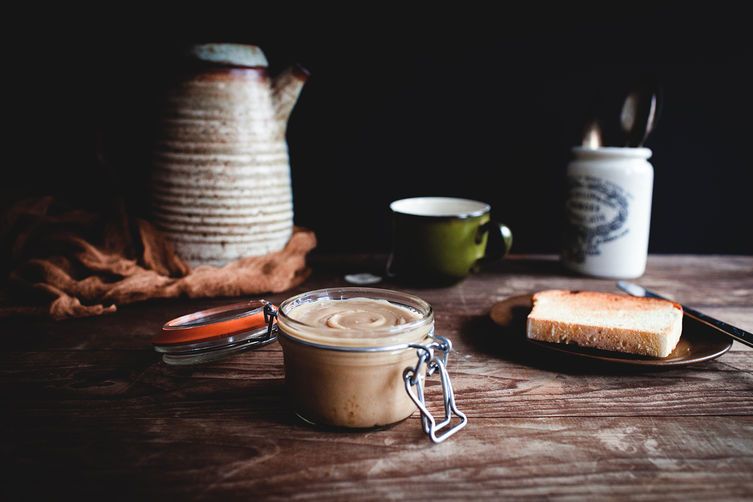 1 quart 100% pure maple syrup (Grade A Light Amber is ideal)
1/4 teaspoon cream (to keep it dairy-free, use oil instead) 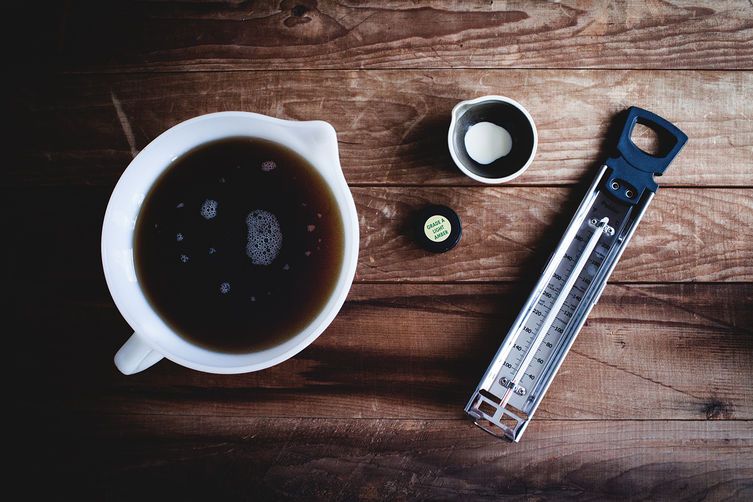 First, double-check the temperature at which water boils with the thermometer you’ll be using. If it boils at 212° F, then you can follow the recipe as is and heat the syrup to 235° F.

If it boils at a higher or lower temperature than 212° F, add or subtract that temperature difference to or from 235° F to determine your target final temperature for the syrup. (So, for example, if the water boils at 210° F, the final syrup temperature would be 233° F.) 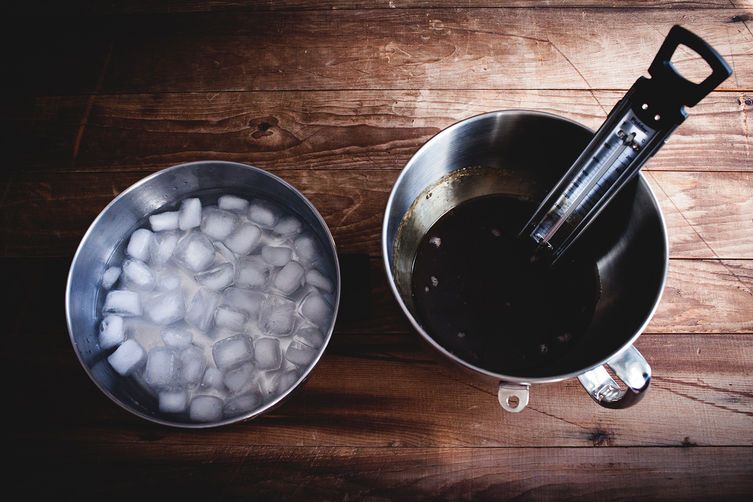 Combine the syrup and cream in a heavy saucepan with high sides. (The syrup will bubble and rise as it boils, so choose a pan that is at least double the volume of the liquid to avoid boiling over.) Clip a thermometer to the side of the pan so that it is submerged in the syrup, but not touching the bottom. 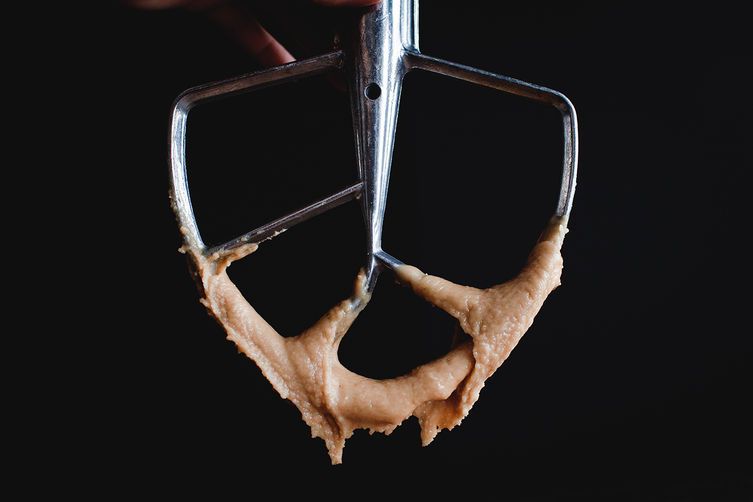 Stick the entire thing in the fridge until the syrup has cooled to approximately 40 to 45° F. 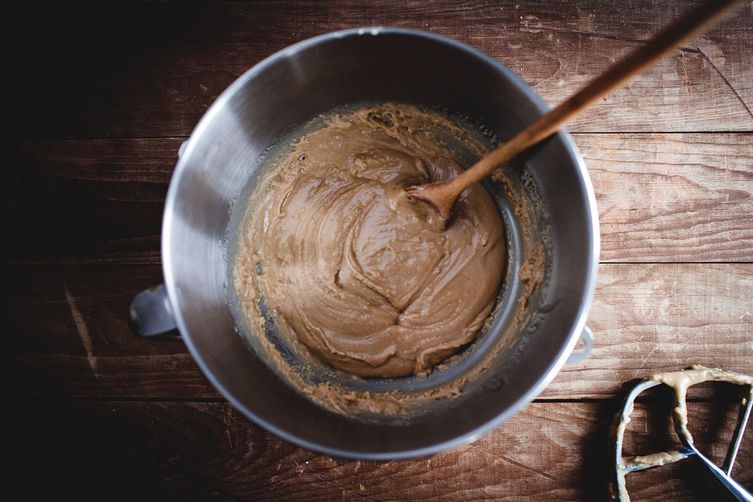 Once the syrup has cooled, remove it from the fridge and from the ice bath. Allow it to warm up a bit, to approximately 55 to 60° F. If you’re using a stand mixer, affix the paddle attachment and stir the syrup on the lowest setting. If you’re stirring by hand, stir the syrup slowly -- don’t try to whip it quickly. And invite some friends over to help -- your arms will thank you.

Stir until the syrup begins to thicken, lightens in color, and takes on a creamy consistency that somewhat holds its shape when stirred. 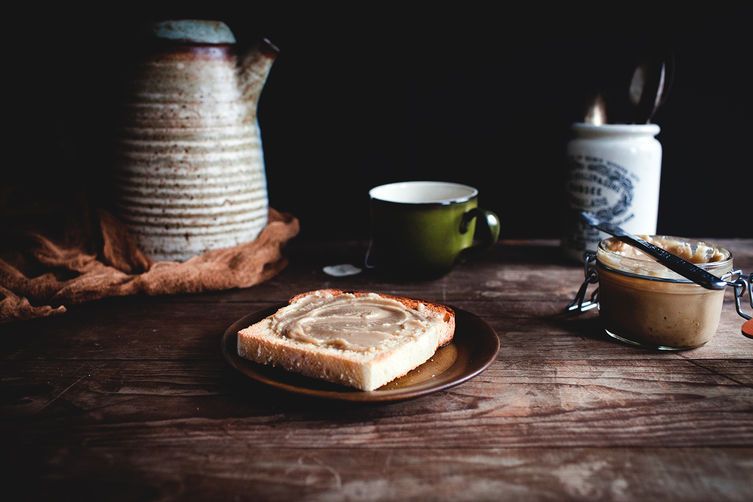 Store the cream in the fridge for up to 6 months. It is normal for some syrup to separate and rise to the top over time. If this happens, just give it a good stir to reincorporate. (The cream can also be safely canned and stored at room temperature and then refrigerated after opening.)

Jazmine L. February 21, 2017
Made it today mixing with a hand mixer. Came out pretty good but not as thick as I had hoped. The color was right but still thinner than a butter texture. Next time I will try to mix it longer or half hand mix and half electric mixer.

Mbourgon September 15, 2016
Success! So, a few notes.
1) I'd say 235 is the bare minimum, and next time I'd raise it probably 2 degrees (and yes, water boils here at 212). Otherwise it's too thin. As is I'll happily eat it, but even after refrigerating it it's still a bit thin and barely sticks to the knife.
2) you absolutely want to aid air - that's what makes the color lighter, that's what adds texture. On my kitchenaid I let it spin for probably 30 minutes on low. Nothing. Upped it a notch and after 15 you could see changed. Raised it again, by half a notch and after about 15 minutes had a finished product.

Mbourgon September 14, 2016
Ditto on the whole specifics. Got it to 235 (and held it there for a couple of minutes) at medium heat on an electric stove (holy crap the foaming), cooled it down to 46, let it get up to 56, and it's been on low in the mixer for over 15 minutes. No noticeable lightening or change from when it came off the stove. Only difference was the use of oil vs cream.

Sherry December 10, 2016
I'm wondering about the use of oil vs cream... Novice question I suppose, but how does the cream not scald? Did you prefer one over the other in finished product? Do they reduced foaming substantially enough to not omit them?

Montreal T. April 30, 2016
We have to try this! We just went to a real sugar shack here in Quebec for the first time and came back with tons of syrup: http://montreal.for91days.com/la-sucrerie-de-la-montagne/

nordica August 17, 2015
What temperature on the stove do you use to heat the syrup? About how long should it take to get to 235F? How long do you stir the syrup before it turns into maple butter? It would just really help to have some sense of timing so I know whether I need to allocate an hour to this, or half a day...

Kristi P. March 17, 2015
When I made the cream it gets too hard. It doesn't stay creamy. What is causing this?

phyllis May 18, 2014
Every summer for several decades, we travel to the Montreal area and always return with enough jars of maple butter to last the year. Thanks to your recipe, I can now make it whenever. Thanks so much.

Kristy March 3, 2014
This post makes my Canadian heart sing! We do call it maple butter around here and I am lucky enough to have a sugar shack 5 minutes from home. Now only if it would warm up so the sap can flow and I can get to work...

catalinalacruz March 2, 2014
Change is coming on how maple syrup is graded. There will only be Grade A with different categories, and "Processing Grade."
http://www.maplesource.com/blog/index.php/new-maple-syrup-grades-imsi/

Alpana March 2, 2014
I am curious why Grade A Amber Light is the ideal syrup for this recipe. I typically find Grade B much for flavorful for unadulterated use (i.e. over pancakes).

Treats W. March 2, 2014
How have I never heard of this?! This looks heavenly and I can't wait to try it. And these pictures are gorgeous!

Marian B. February 26, 2014
All I can think of here is the Friends episode where Ross eats all the maple candy. It also makes me think about how much I want to make/eat this.

Merrill S. February 26, 2014
Carey, you've conjured up some of my best childhood memories with this! I love maple cream.

eat C. February 26, 2014
How have I lived my entire life without knowing about the existence of maple cream? I can't wait to try this!

Jess Z. February 26, 2014
Oh my gosh you just made this girl very happy. I hoard maple cream every summer to bring home from central NY and now maybe I'll be okay with sharing every once in a while.