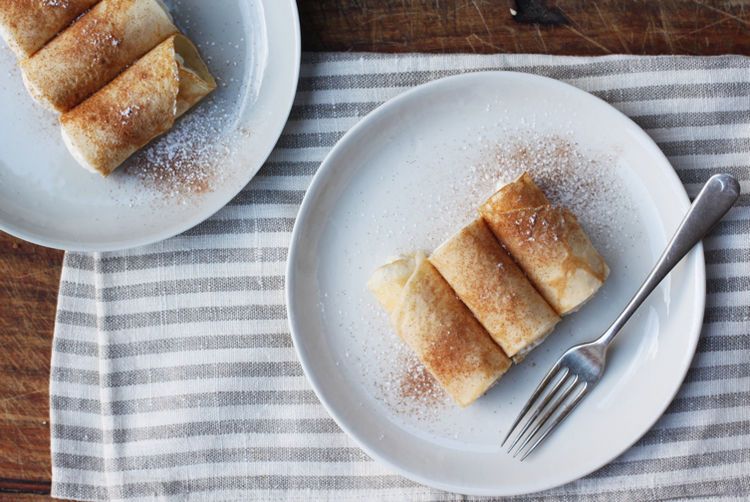 One of Puglia's best-loved desserts, dita degli apostoli -- or “apostle's fingers” -- were traditionally made for winter's Carnival, but they're so good that I take any excuse I can get to eat them year-round. (The origins of this unusual and not entirely appealing name are still a mystery.)

At its most basic, this refreshing dessert -- crêpes with a sweet, lemony ricotta filling -- is simply dusted with cinnamon. The delicate filling is wonderfully adaptable, with a number of traditional variations that change from town to town and kitchen to kitchen.

Candied orange pieces are a classic addition, as is chocolate: chopped or in chips (which is a little reminiscent of Sicilian cannoli), it is almost always accompanied by a splash of some liqueur, such as Borsci San Marzano, a Pugliese amaro that dates back to 1840. (Limoncello is another common choice, and probably easier to find.) Almonds, toasted and then chopped finely, might replace the candied orange pieces. In Brindisi, they make a truly decadent version where the ricotta is flavored with coffee powder and plump, dark, liqueur-soaked cherries. 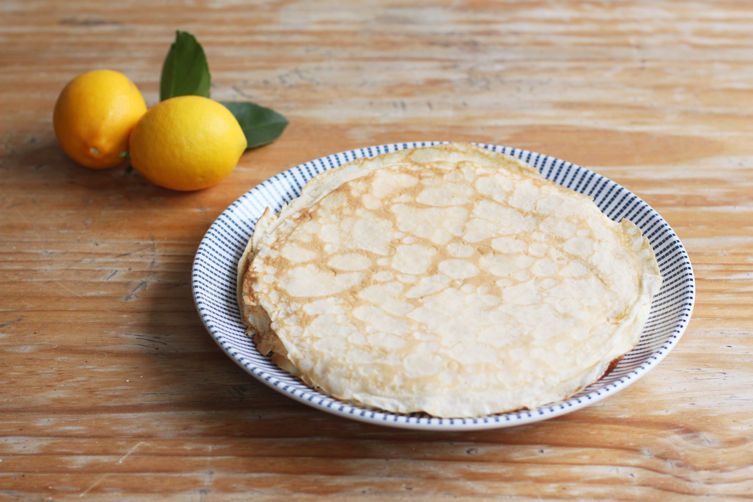 Whatever you add to your filling, the most important thing is to drain the ricotta overnight, which is really a must for any dessert that calls for fresh ricotta. This gives you a firmer filling to work with, as it holds its shape when rolled up in the crêpes, rather than oozing out.

In the most traditional recipes, these crêpes are actually made solely with eggs (sometimes just the yolks or even just the whites) and a touch of salt, simply lightly beaten together -- a frittatina, or little frittata, if you will, which makes for a nice, naturally gluten-free option. Pugliese nonnas in the know will tell you that one egg should produce three crêpes, meaning each frittatina should be so thin you can practically see through it.

If you're going the boozy crêpe route, you can douse your filled crêpes with liqueur (like amaro or limoncello) a few hours before you need them, letting them soak up the liquid. Just before serving, dust them with powdered sugar and cinnamon. 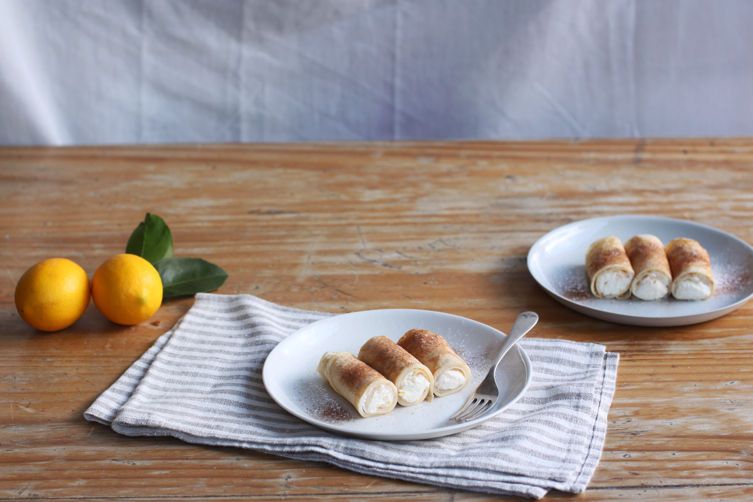 For the filling and assembly:

foofaraw July 30, 2014
I wonder if this can be adapted into crepe cake with the ricotta filling?
Author Comment

Emiko August 4, 2014
I'm sure it could be - the combination of the simple filling, crepes and delicate flavoring would work well in that form too!

em-i-lis June 24, 2014
These sound fabulous, but the name is the best part!
Author Comment