All About Pork Ribs (Babyback and Otherwise)

Today: Cara shares the lowdown on pork ribs, babyback and otherwise. So fire up the grill -- it's barbecue season. 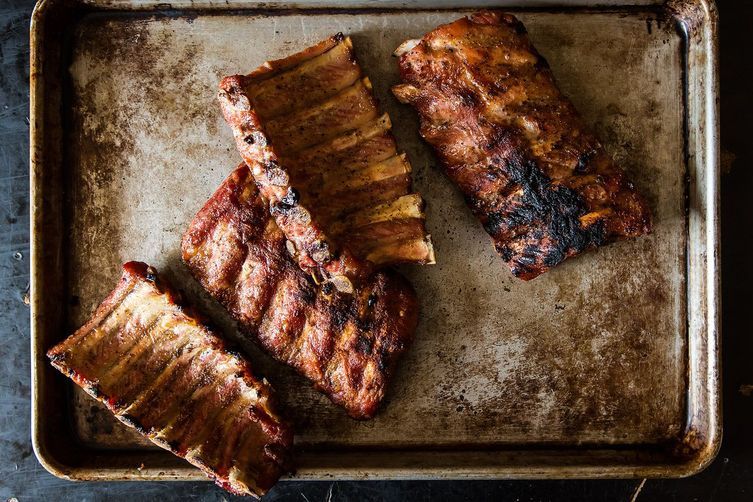 Ever since that Chili’s ad campaign debuted in the late 1980’s -- you know the one I’m talking about, the one that worms its way into your head for days -- babyback has been the rib of choice for Americans. This means that they can be hard to get at the market, especially during grilling season. The good news is, you’ve got a couple more options when it comes to ribs -- and all of them are just as delicious, even if they don’t have their own catchy theme song. Let's break it down: 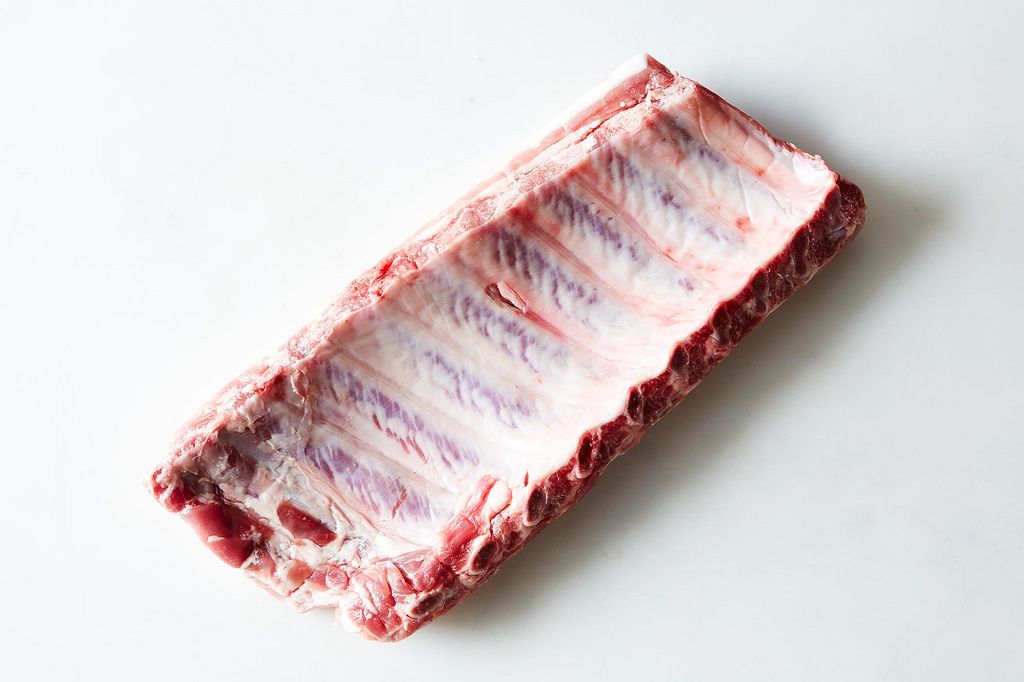 Babyback ribs lay over the pork loin, one of the most tender parts of the animal -- when you eat a bone-in pork chop, that bone is a babyback. Their location on the animal is one of the reasons they are so highly regarded; compared to other muscles on the animal’s body, the loin doesn’t get much work, which means that the meat on your babybacks is very tender. It also means that they don’t need much fussing over before grilling, so you can keep their preparation as simple as you want -- even a basic salt and pepper rub will do. The leanness of babyback ribs makes them less conducive to long, slow braises or smokes than our other rib choices, because they don’t have a layer of fat to protect them from drying out. 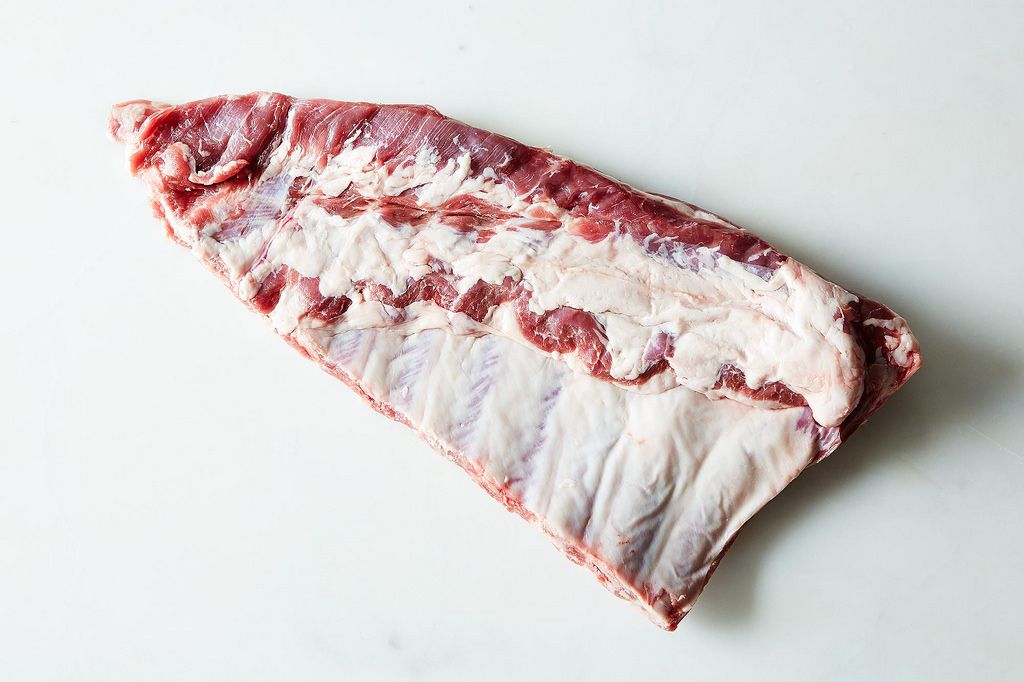 Next up are spare ribs. Calling them “spare ribs” seems unfair -- it makes you think that they are either unwanted leftovers or terribly lean, neither of which is true. Although they don’t come off of the prized loin section, spare ribs are meatier and more flavorful than babybacks. They lay over the belly of the pig and are usually removed before the belly is made into bacon. If these ribs are squared off on each side, they are referred to as “Saint Louis-style” ribs. They benefit from a salty rub or an acidic marinade that will help break down some of the tough muscle. Try bathing them in homemade barbecue sauce before grilling, or braising them in an Asian marinade with a good dose of salt and acid.

More: If you're on the hunt for an all-natural barbecue sauce, we've got you covered. 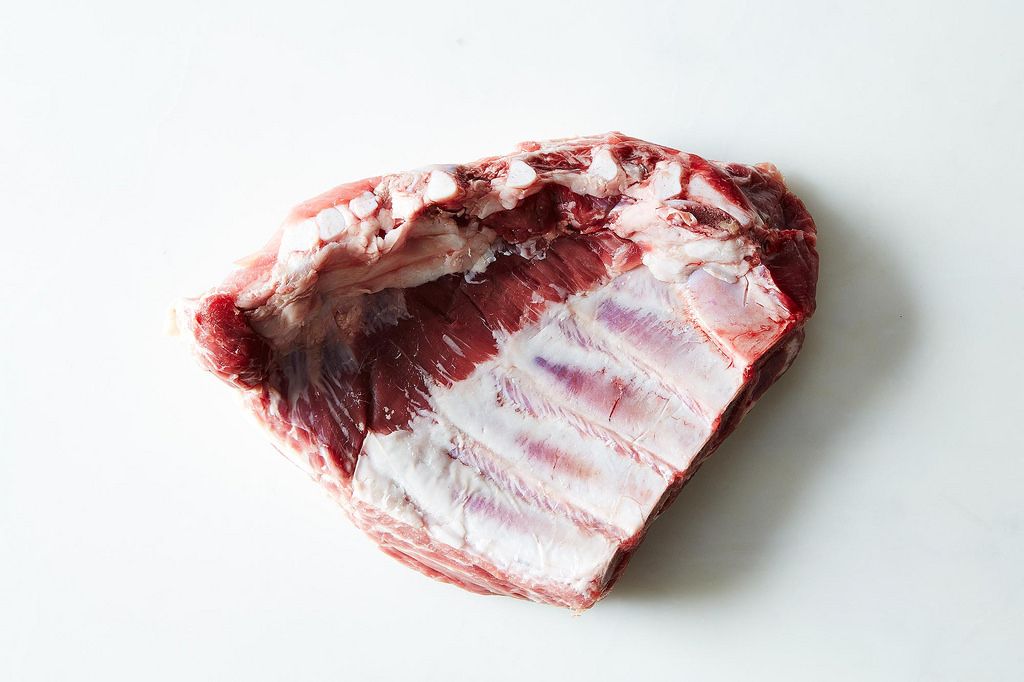 Country-style ribs are the meatiest and most flavorful of all the ribs, but they also have the most gristle and connective tissue. This means that, like spare ribs, they do well with an acidic marinade. They also benefit from a longer, slower cook, and work wonderfully when slow-cooked for pulled pork. So get yourself to the butcher! I hope that jingle gets out of your head sometime within the next year. 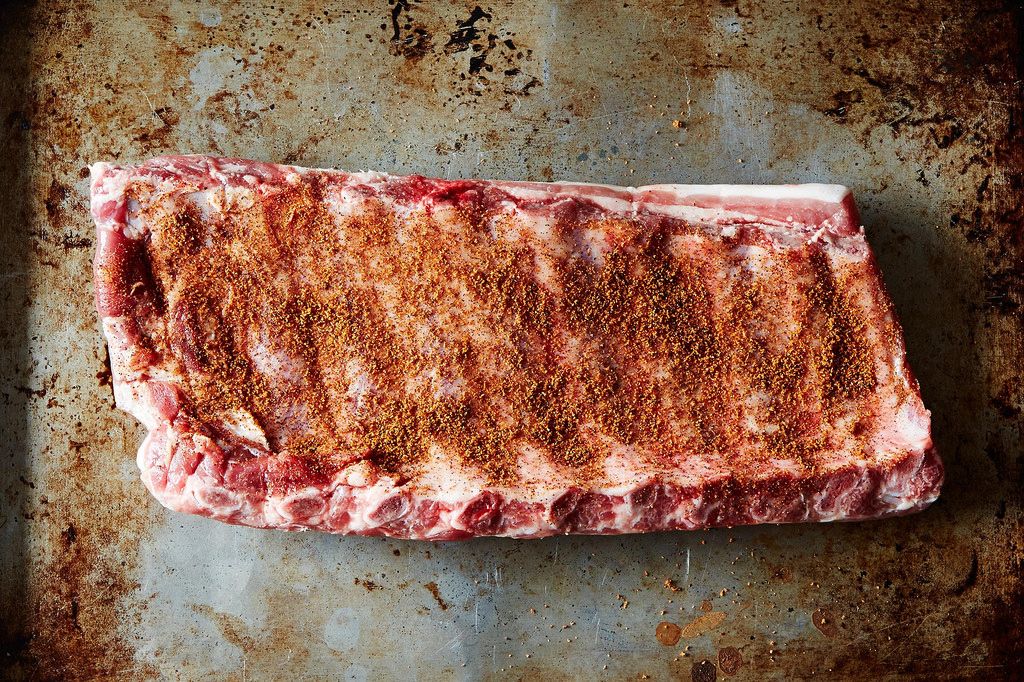 How do you like your ribs: with a Memphis rub, simple salt and pepper, or drowned in barbecue sauce? Let us know in the comments!

Gina A. March 9, 2015
I'm pretty much dead set on mastering the grill this summer. I started practicing on my babybacks in the oven to enter my honey chipotle barbecue sauce in the 'best recipe with honey' contest this week (03/09/2015), but I have to admit that without the grill, I wasn't overly excited (although the sauce is on the money!) This is a dry run. After finding this article, especially authored by a female, my spirits are back up. Go on girl, I dig that you followed your forefathers footsteps!...I'll be stepping foot in your Williamsburg butcher shop soon enough!

Ariette C. August 8, 2014
Me? I would prefer baby back ribs drowned in barbecue sauce! I just love this recipe. My father once treat me at Blue Butcher Bar & Restaurant. It's really good.

Ariette C. July 30, 2014
Ribs drowned in as much as barbecue sauce as possible :D

Scoobs June 29, 2014
I agree with Sufitt, simple is good (I've seen an increase in the use of maple syrup in glazes and sauces). I like a good rub applied the night before, wrap ribs in butchers paper or parchment (lets them breath), smoke on grill about 4 hours at 225-250, raise grill temp (or after glazing place ribs closer to heat) apply very thin glaze (cheap BBQ sauce of your choice, mix with equal weight apple cider). Brush the glaze (basically it's watered down fructose). Finnish the ribs. Here's a great BBQ website: http://amazingribs.com/index.html

ChefJune June 20, 2014
Being a Chicago girl (we DO have a Chicago style of barbecue!) I go for a tomato based sauce that's fairly spicy. But I've never said "no" to a rib yet....

Catherine L. June 20, 2014
I've just become aware of the Chicago style of barbecue (I'm late to the game), but it sounds delicious! I'm personally a huge advocate of sauciness when it comes to barbecue.