Every week, Caroline Wright creates simple, civilized recipes for Food52 that feed four -- for under $20, in under 20 minutes. 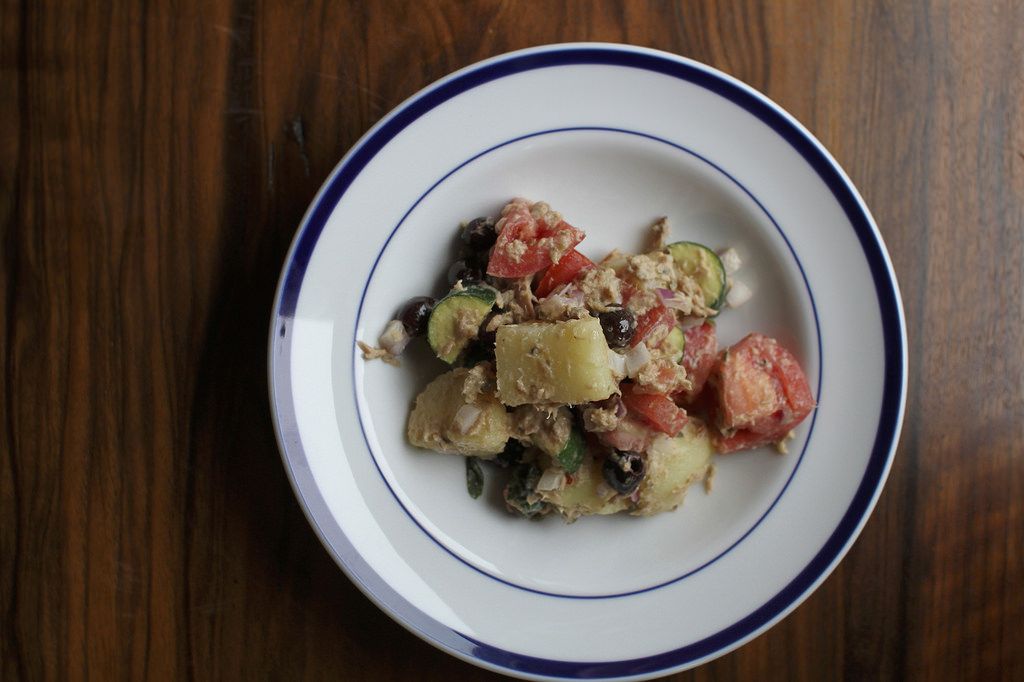 Potato salad in summer: It's an obvious choice that delivers year after year. (It is also a friendship based on an appreciation for carbs, which I totally get.) I wanted to shake things up a bit by turning potato salad into a fuller meal -- that is, not the kind where I eat handfuls of warm potatoes tossed in vinaigrette straight from the mixing bowl.

I swapped some of the potatoes for steamed zucchini and tossed everything in a salad dressing made with canned tuna. The result is a very creamy potato salad, full of briny and salty flavor, fresh summer vegetables, and a touch of tuna for good measure.

Twenty-Dollar, Twenty-Minute™ Meals grew into a cookbook that was published by Workman in May 2013. The recipes found here are original, made especially for Food52 to once again celebrate simple food with friends.

soupclubcookbook.com
Before her diagnosis, Caroline wrote a book on cakes called Cake Magic!. She started developing a birthday cake using her gluten-free mix found in that book. Check out other recipes she’s developing for her new life—and the stories behind them—on her blog, The Wright Recipes. Her next book, Soup Club, is a collection of recipes she made for her underground soup club of vegan and grain-free soups she delivers every week to friends throughout Seattle's rainy winter. (Available February 2021.)

by: Mary Not Contrary
4 Items