In anticipation of the series premiere of Bravo’s Top Chef Duels on August 6th at 10PM/9C, we'll be sharing past Top Chef recipes all week.

Today: An elegant lamb dish from Stephanie Izard, the first female winner in Top Chef history, that makes the most of blackberry season. 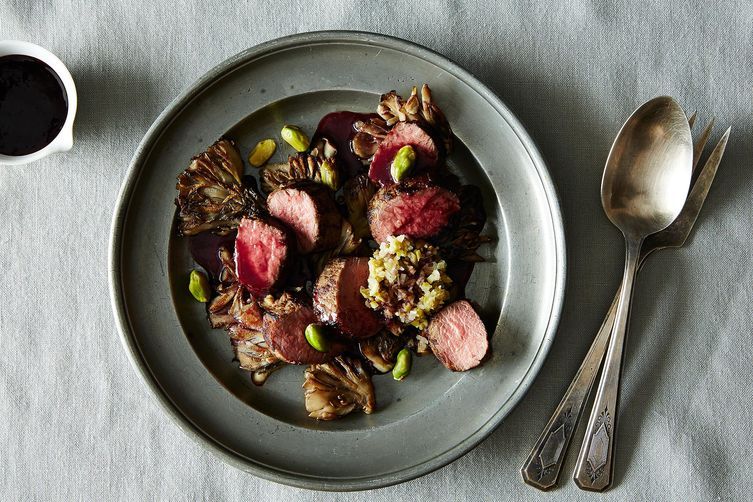 With an education from Le Cordon Bleu and training from Shawn McClain under her belt, it's no surprise Illinois native Stephanie Izard emerged from Season 4 of Top Chef as the first female winner in the show's history.

Following her win, Stephanie opened Girl and the Goat in Chicago's west loop in 2010 and went on to receive numerous James Beard nominations for her bold, playful plates. Topped with braised pistachios and a thick blackberry sauce, these lamb medallions are no exception. Serve larger portions as a main course, or divide the loins among small plates to serve at multi-course gatherings.

This article was brought to you by Top Chef. Tune in for the new season premiere at 10PM/9C on August 6th!

laurenlocally July 31, 2014
I cant wait to try this! I ate at Girl and The Goat in Chicago recently and it was divine.