Today: Lauren Wilson, the Digital Editor of Edible Manhattan and Edible Brooklyn, tells us how to read the signs and make some pickles. 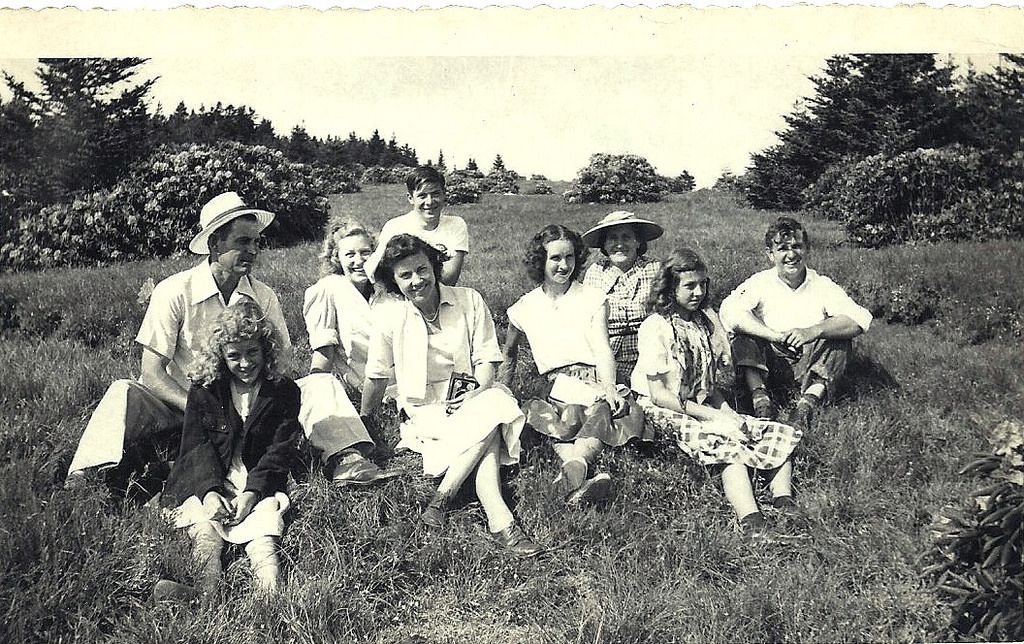 My great grandfather Frank (left) with my grandma (in front of him), and great grandmother Alma (center, holding camera) during a picnic atop Roan Mountain, NC.

What started as a transcription of traditional Appalachian pickled corn and beans soon became a translation. For example: “Place a plate on the cloth and weight it down with a river rock…pour spring water over beans and corn.”

It's idyllic imagery, no doubt, but hardly plausible instructions for the majority of modern cooks, especially in my newly adopted home of New York City.

But for the woman sharing her recipe with me, as well as several generations of both sides of my family in western North Carolina, river rocks and spring water are plausible, if not at one time practical. Add a multi-gallon stoneware crock, pickling salt, a couple dozen glass canning jars, and some cheesecloths “to keep the critters out” and you’ve basically got the setup to preserve bushels (that’s the technical term) of produce. 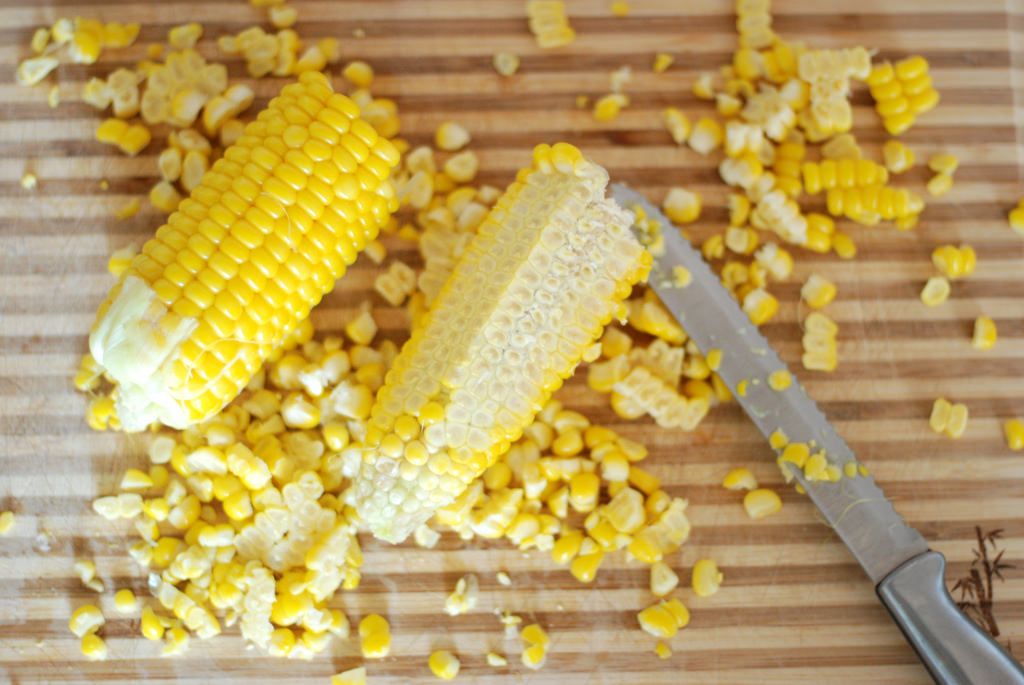 The first time that I tried pickled corn and beans, I was six and visiting my great grandparents’ farm for a few sticky days in late July. My Pa Frank (pictured above) had just returned from the river with his fishing rod and several slick, plump trout. He took them directly to the basement, where he splayed their guts and retrieved rosy pink filets. Later, as we descended to get a jar of canned garden produce to go with lunch, the smell of fish parts wafted up the steps in a cool rush of air. We squinted at the basement shelves in the dim light and found a quart of corn and beans somewhere between wild blackberry preserves and canned meat (pâté is its fancy name).

Although I no longer remember the exact taste, I do remember my physical reaction: My lips pursed, my cheeks flexed inward, and my eyes squinted as I took my first mouthful. Naturally, I had expected what looked like corn and beans to taste as such. Brine experienced, I learned that pickles weren’t always saccharine bread and butter cucumber spears; instead, they can bite. 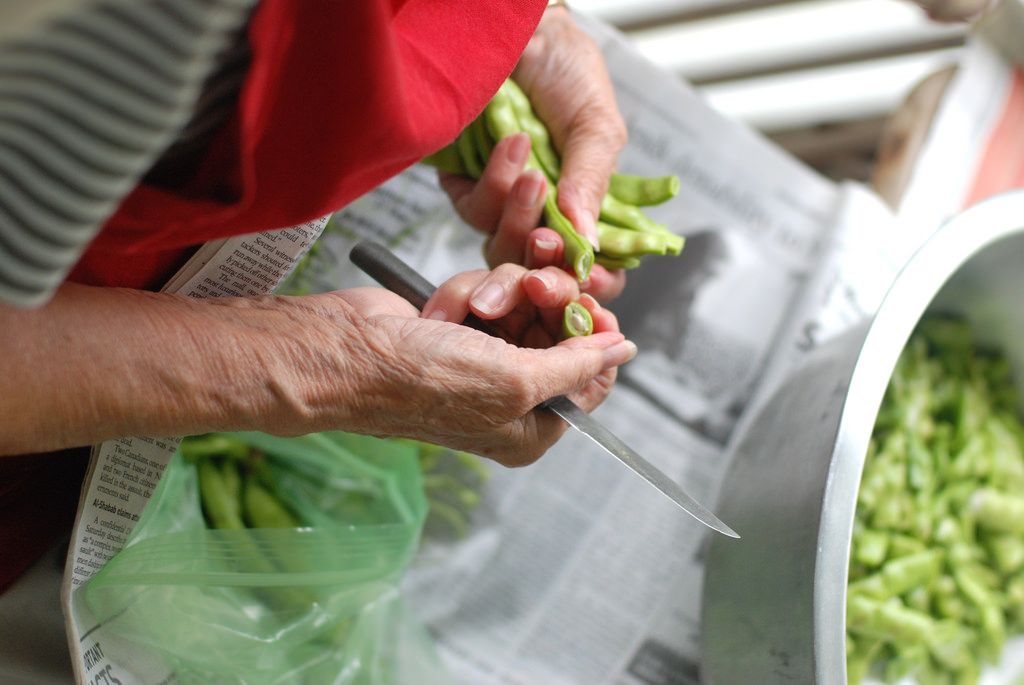 If pickling corn and beans in the southern Appalachian tradition was easy, then tracking down someone who still practices “the old way” to help me write this recipe wouldn’t have required much effort. Truth is though, it’s a significantly involved process that, to some, has long been an obsolete method. Along with the equipment, it ultimately requires patience, confidence and, according to many, accordance with “the signs” -- a folk tradition and zodiac calendar indicating the best times to plant, harvest, and engage in other other farm activities. 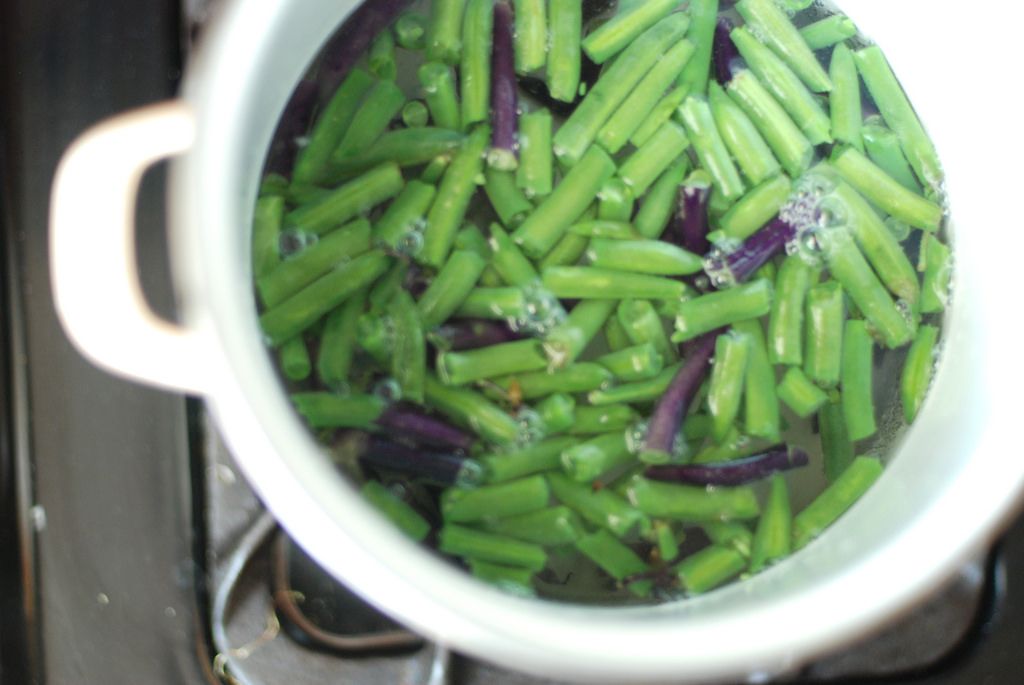 This is a recipe born out of necessity for when the garden was scarce, the store was far, and money was tight. Some things have changed, but reasons of tradition, we still do it. It’s worth it since the mixture has a brightly acidic and earthy taste that is irresistible when cooked in grease from fatback (a smoked fatty strip off the back of a pig) and served with buttered cornbread.

If I had shared the truest version of this recipe, then I should have copied my transcription verbatim with details including the use of a river rock and spring water. But until my intuition is as cultivated as that of the women who trust their senses, I’ll keep following my itemized and adapted recipe while I search for a stoneware crock in the city. 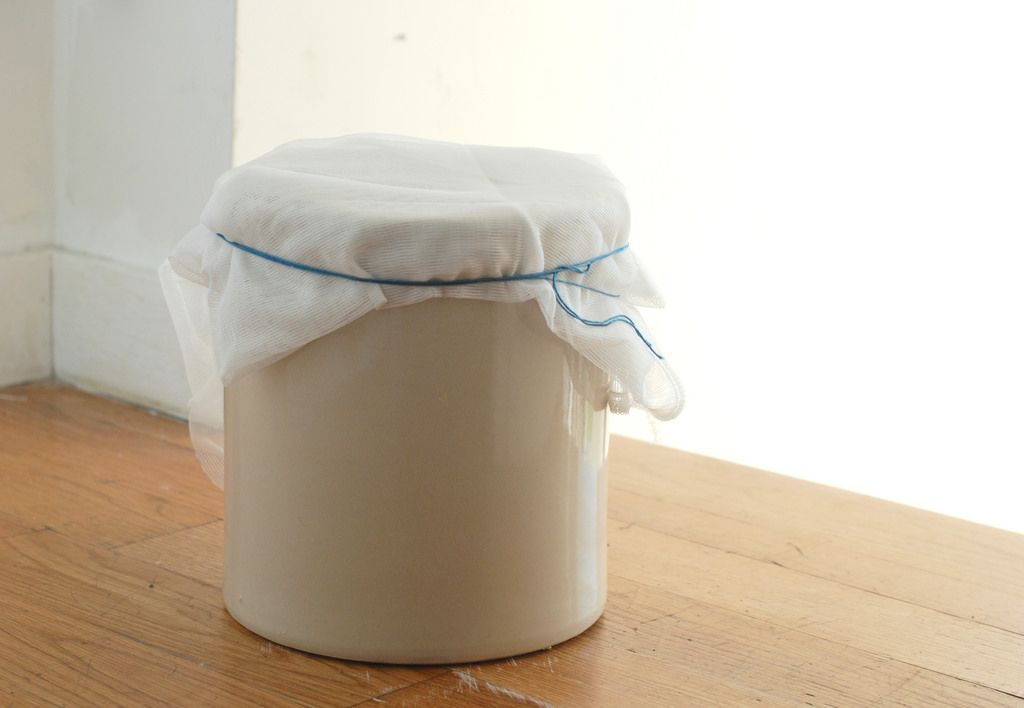 Ingredients:
2 dozen ears of yellow corn; shucked and silked
1/2 bushel (4 gallons) half runner beans; strings removed and “broken” into 1 to 2" pieces
Pickling salt (do not substitute with iodized salt -- the mixture will not pickle; kosher salt also works)

Equipment:
1 Farmers' Almanac
1 5 gallon stoneware crock
1 dinner plate; it should be able to fit inside the crock
2 cheesecloths
Enough unchlorinated water to fill the crock
Enough string to tie around the rim of the crock
1 pair of tongs
10-12 quart-size canning jars

Note: The readaptation of this recipe from NC to NYC would not have been possible without the help of Amanda Feifer of Phickle. I reached out to her for basic guidance and, from the first email, she was incredibly generous with her extensive fermentation knowledge. She’s the woman to ask if you have fermentation frustrations.

ediblemanhattan.com
After growing up on her family's farm in western North Carolina, Lauren has not wandered too far away from food and farming. She majored in Food Studies at UNC-Chapel Hill, where she eventually made her way to live in study (read: eat, drink, and make cheese) in Dijon, France. Back stateside, she's interested in sharing the stories of nearby folks who bring us our food and drink. She'll never turn down a smear of Epoisses, cornbread, or a full-bodied cup of coffee.

D.K. E. October 17, 2018
I have a question. I grew up in West Virginia. My grandmother always made Pickled Corn, in a large crock, however, she made it on the cob, she did not cut off. Would anyone here have a recipe for that style? I love it.
The Crock, creek rock, a cloth cover was the same as described here. Thank you.

Erica October 16, 2017
Loretta I live really close to Glen Aire and Roan Mountain in Burnsville. Your family names are very common here. If you have an email address you don’t mind sharing I can send you a word document with step by step directions.
Best regards

Loretta P. October 16, 2017
Hello, I was talking to a good friend of mine who now lives in PA and she said she would love to have some of my Great Aunt Romaine's pickled corn and beans. I told her I would make some and bring to her over the winter. Well I decided to go online just out of curiosity to see if recipes for NC mountain pickled corn existed, and low and behold I see your site with pics of your family on the Roan Mountain. That is where my Great Aunt Romaine Gouge still lives in Glen Ayre. My husband and I go there every year to visit my family and we make it a point to hike out to the Bluff on the Roan Mtn. Oh BTW, we live in Southern Maryland. Well, I'm off to get some beans and corn and get out my Great Grandmothers crocks that I inherited and get to work. Best and kindest wishes to you. Loretta (Burleson) Hetmanski (I have tons of family in that area-McKinneys, Freemans, Burlesons, Gouges, Buchanans, Ledfords, and likely Wilsons... ;-)

Heidi D. July 29, 2020
Hi Loretta just saw your post because I was on here looking for a pickled corn recipe and I run across your post. I'm a Gouge but my kin family are Gouge, Buchanan, Woody and felt as if we may be kin somehow. Would love to know if we are cause Family is everything. You can email me at [email protected]

Frank A. October 4, 2017
Thank you very much for the info. I literally just ate the last bit of pickled beans & corn that my mother or grandmother (probably both together) ever made years ago in the Mountains of NC. I savored every bite and drop from that last jar. I want to learn and teach my children. I live now in TX and I am concerned about the heat factor and the fresh green beans and corn. I will be attempting this soon as possible (thinking come next harvest season) and greatly appreciate the shared experience and advice! Thanks so much,
Frank

Erica September 6, 2017
Have you done it before and is it different than the normal stink? They all stink.....

Deana S. September 7, 2017
Yes to all. I have already pitched. The mold was blue and some pink

Deana S. September 6, 2017
It is dark green and pink. Stinks to high heaven

Erica September 5, 2017
On the brine or the actual beans

Barbara B. August 14, 2017
Ne sure the SIGN is in the heart. I have chopped kraut , pickled corn on the cob and pickled beans and corn ready. I process mine in pints and quarts and it lasts till we eat it all up. No refrigeration needed. Been doing it most of my 60 years!

[email protected] July 16, 2022
Barbara can you tell me hiw you process in jars

Erica June 23, 2017
I am so happy to see this. I have been pickling beans and corn my whole life with my mama and granny and now with my own daughter. It is truly an Appalachian tradition and I love that my family is keeping the art alive. My husband just bought me a 10 gallon crock for Christmas. I do the stone on top as well. FYI... when pickling, try not to use tap water as the chlorine can hinder the fermentation. Spring water was used for a reason😉