Today: Tomatoes do double duty in the summer's best pasta -- and it all comes together in the time it takes to set the table. 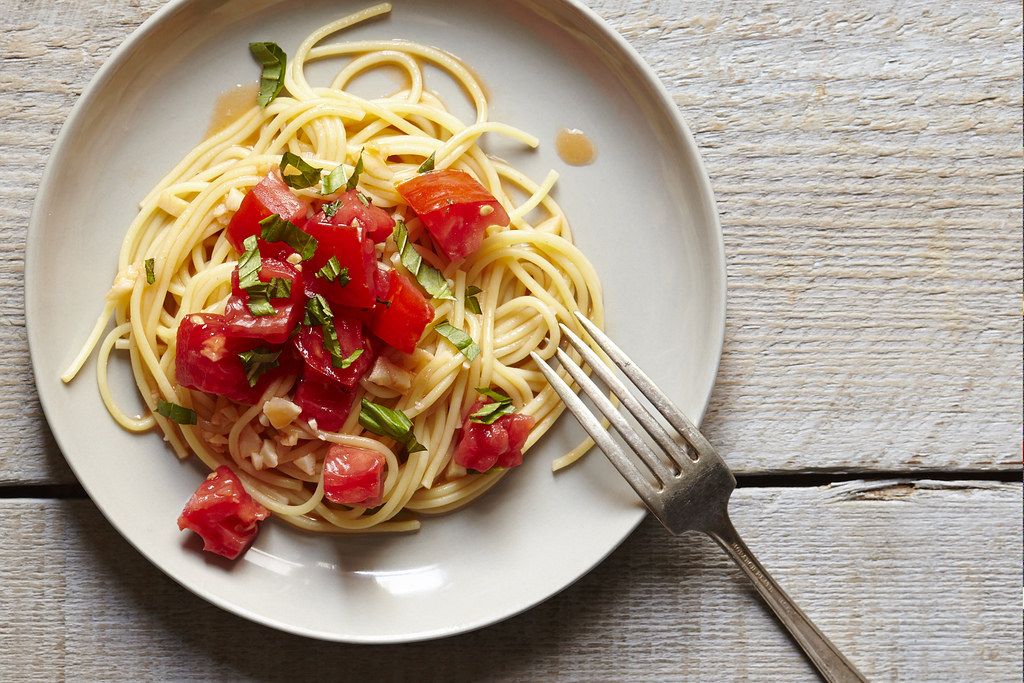 Spaghetti with fresh tomatoes, basil, and garlic sounds like plenty of summer pastas you've had before. In fact, it sounds a lot like a summer pasta I wrote about three weeks ago.

But with a little smart maneuvering -- and no greater investment of effort or time -- you'll end up with a dinner that's entirely different. This pasta has a brighter tomato flavor than any you've had before, and is in a position to completely change your August dinner routines. You should let it, and fast, because the good tomatoes won't be here nearly long enough. 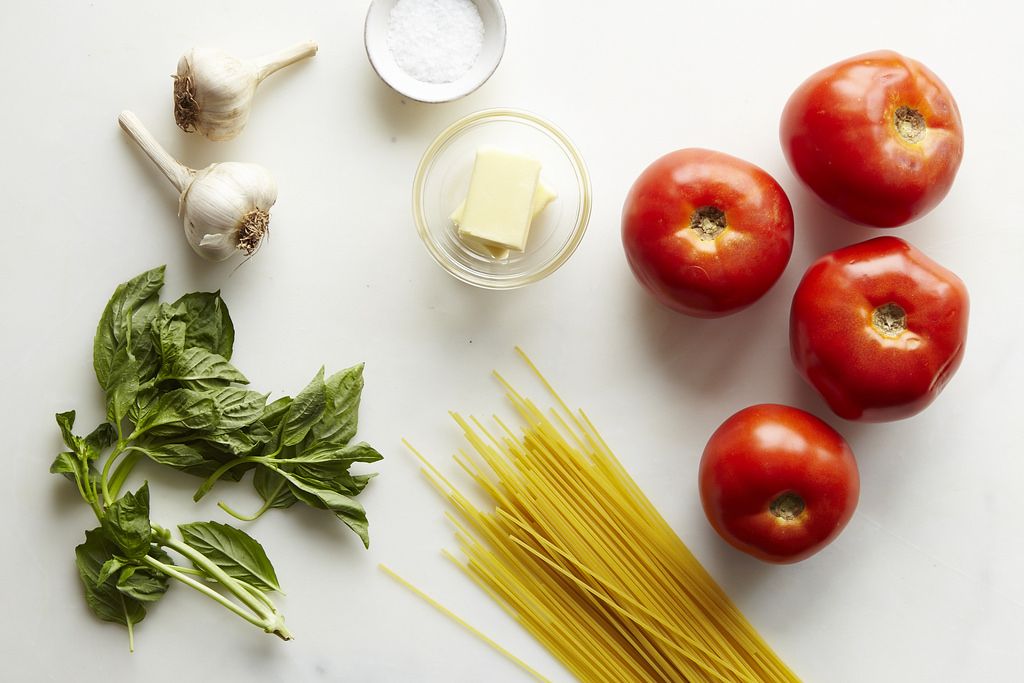 Michael Ruhlman first read the bones of this recipe -- a simple pasta with chopped tomatoes, basil, and lots of garlic -- in a long-since-forgotten paperback cookbook in 1984. "I had never heard of fresh basil," he told me. "So I used dry and it was still pretty good."

It's been a weeknight staple in his family ever since, and over the past thirty years, he's refined the technique -- through practice and repetition, and through his tireless self-education as a cook and writer. 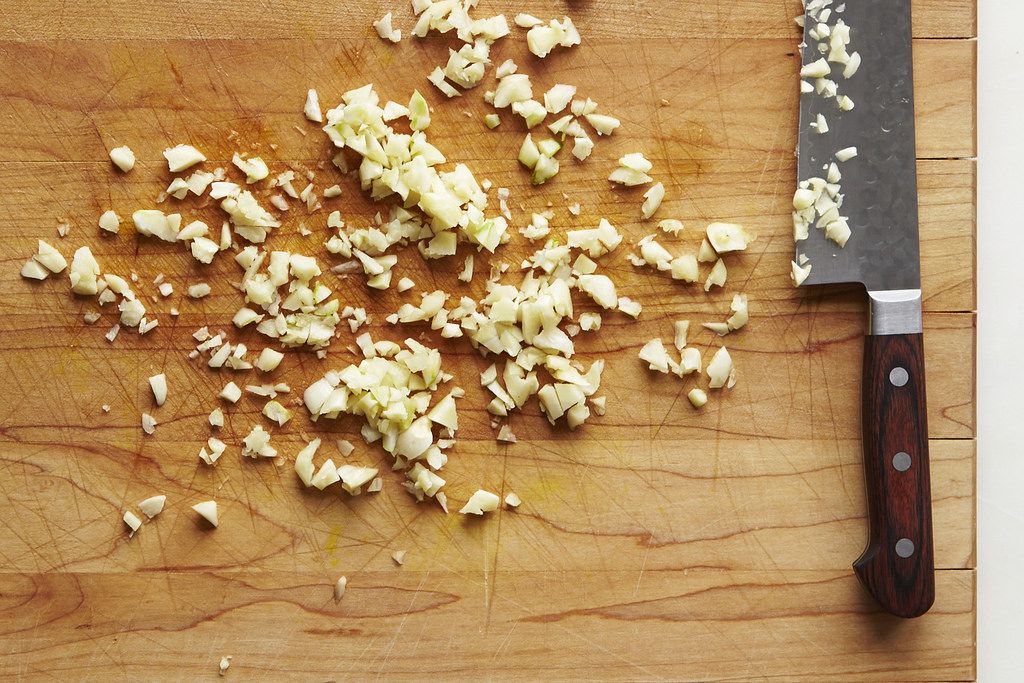 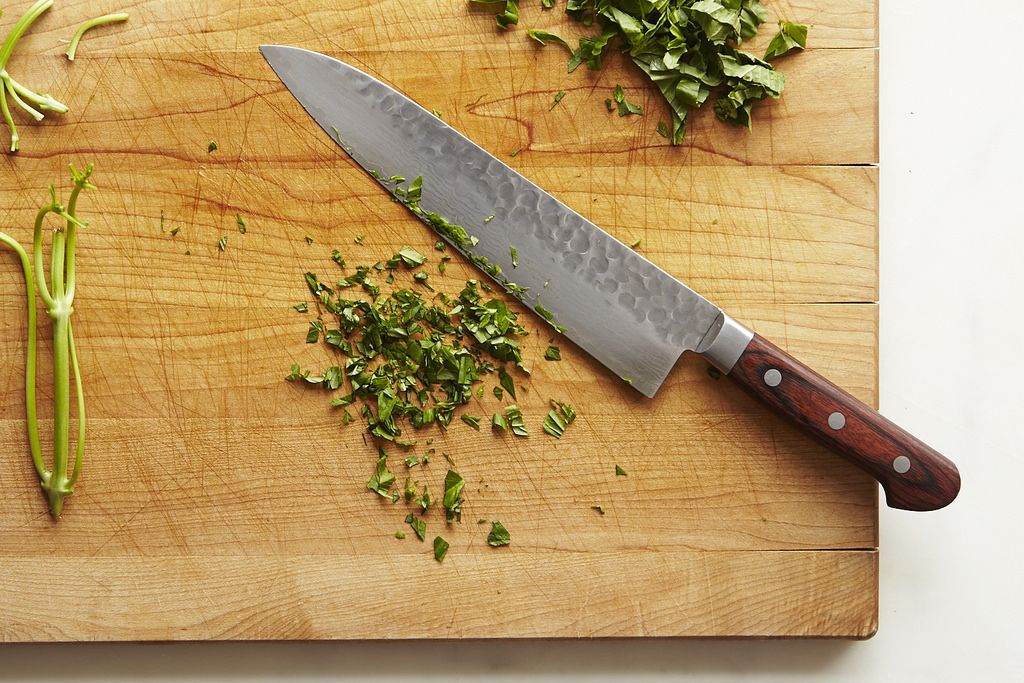 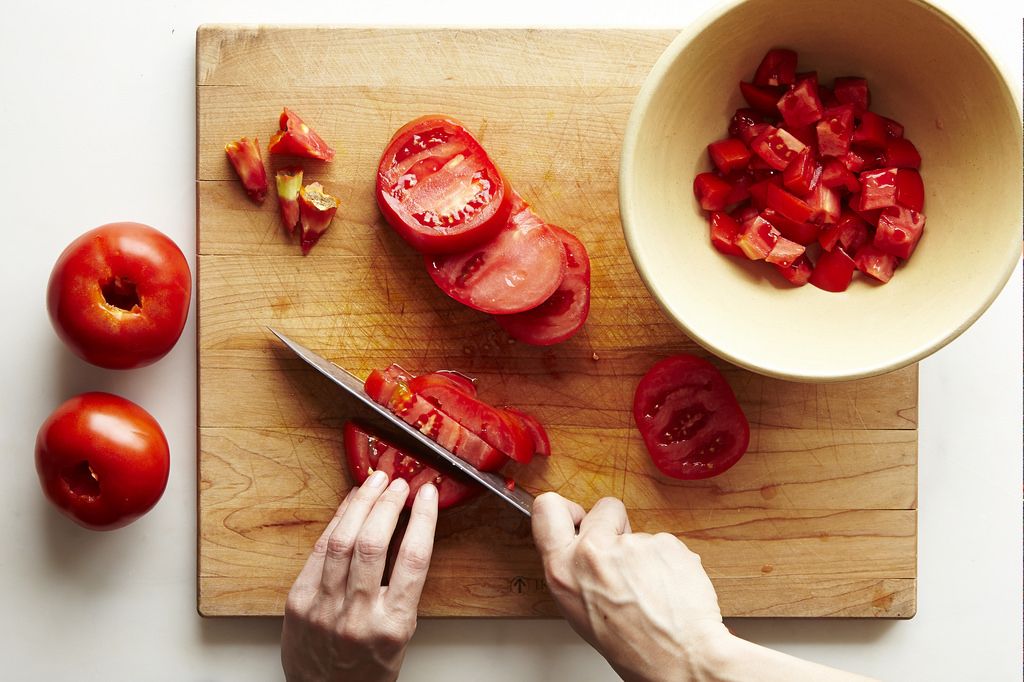 Now, dinner starts as your water is coming up to a boil: by chopping up ripe tomatoes, salting them, then stirring in some fresh basil (apparently 1984 Ruhlman can attest that dried basil works too, but, as he says, "When I moved to Manhattan in 1985, I saw fresh basil in a bodega and thought, ah, that would make more sense.")

More: Another genius tomato basil pasta -- if, instead of butter, you want five cheeses.

The salt immediately pulls moisture from the tomatoes, splitting the fruit in two: a collection of pale pink, intensely flavored tomato water, plus a heap of well-seasoned and relaxed (and less watery) tomatoes. 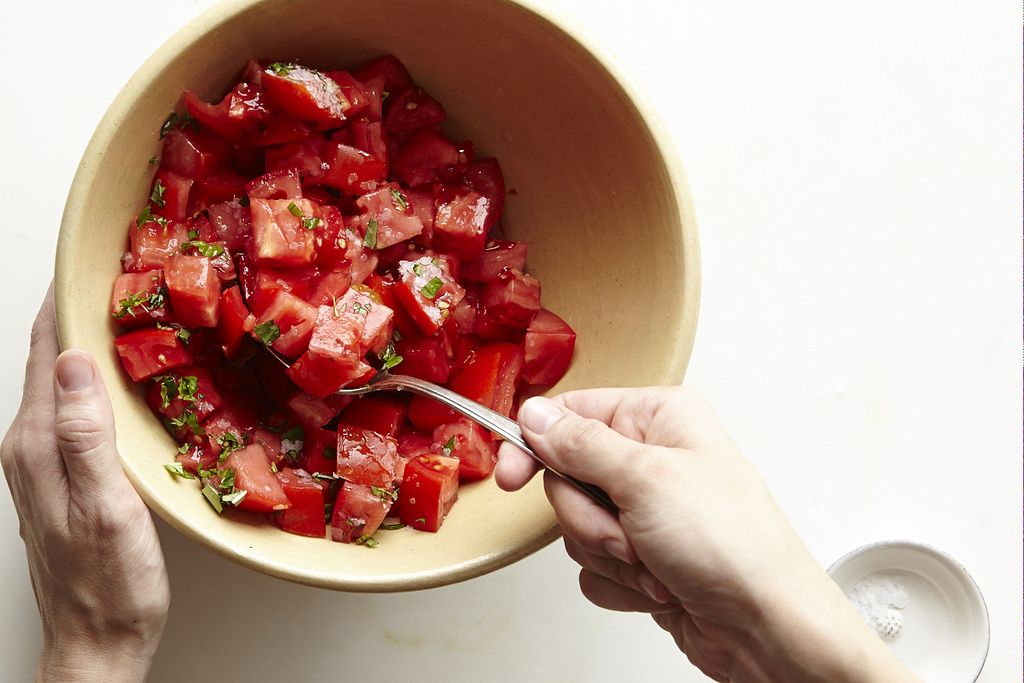 "I used to toss all the ingredients together but never really liked the way the tomato water would pool at the bottom of the bowl," Ruhlman wrote on his website in 2010. So, he decided to briefly simmer the tomato water (dumped straight into the pan as he strains the tomatoes) with softened garlic, then swirl in some butter to mount the sauce, much like making a beurre blanc. The sauce emulsifies and thickens enough to cling to the pasta, taking up all the garlic and tomato with it.

In addition to pasta, you can apply this technique in all kinds of other places -- Ruhlman is working on a variation with sautéed chicken, but I think it would also go well with delicate fish or scallops, stripped corn, seared zucchini, or lobster hash. 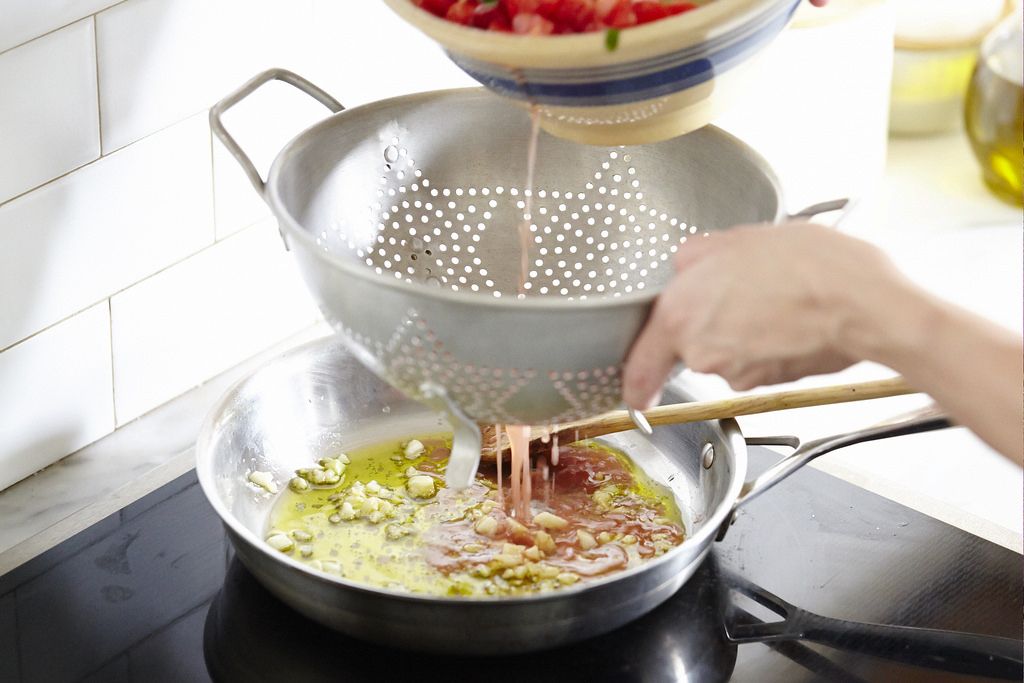 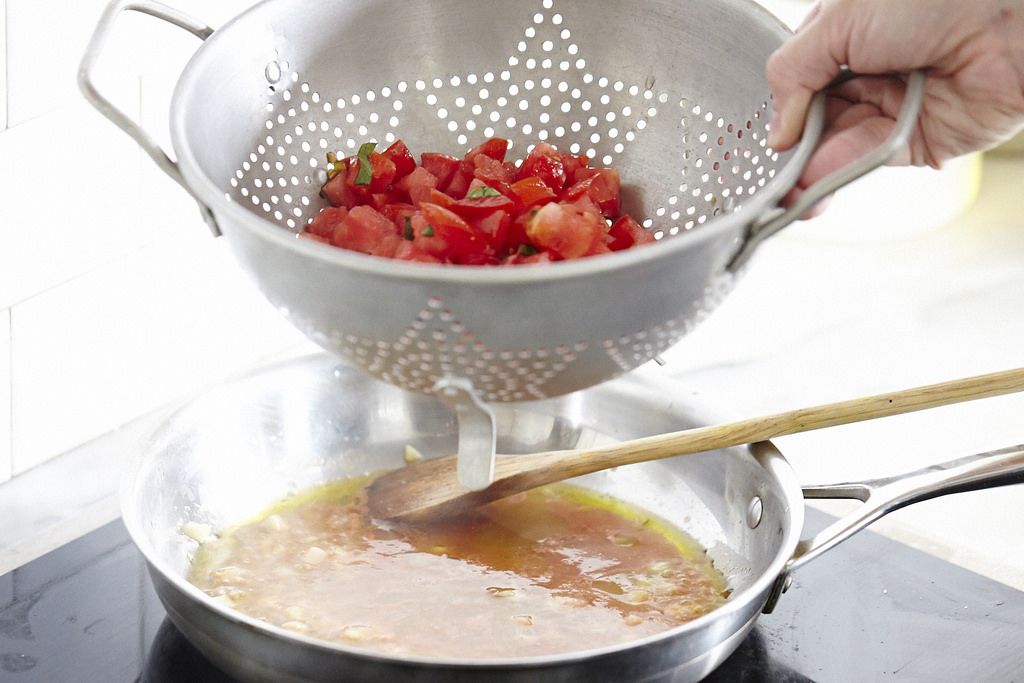 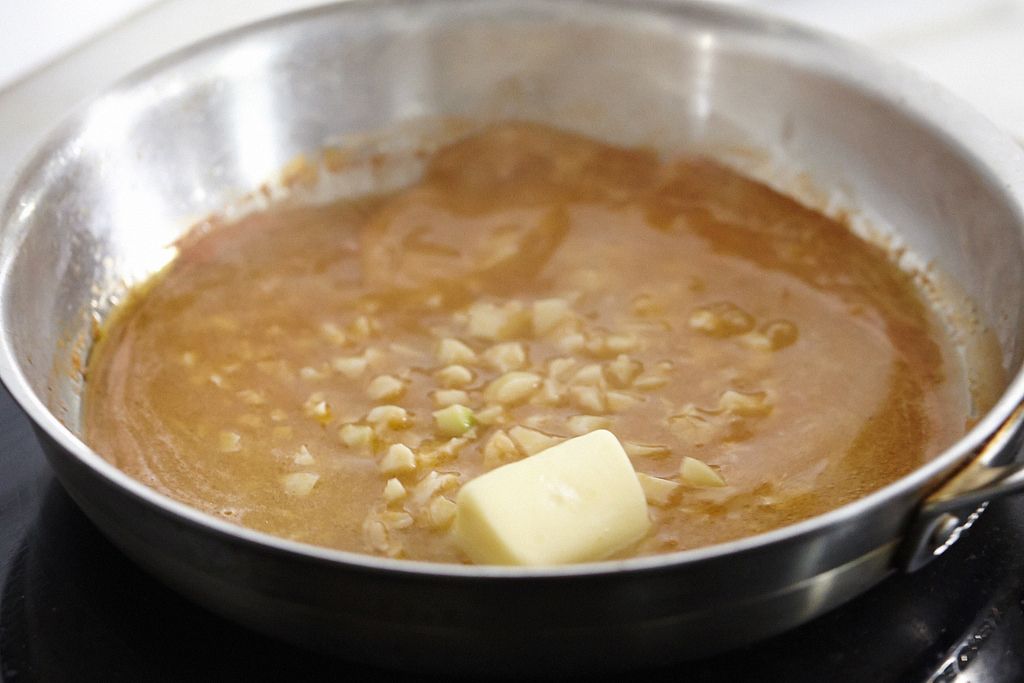 To finish, you'll drag your cooked pasta through its tomato-garlic-butter sauce, pile it on plates, and spoon the drained, seasoned tomatoes on top with a last hit of basil. It will be nothing like your average summer spaghetti, a culmination of 30 years of ever-smarter cooking -- where will you take it next? 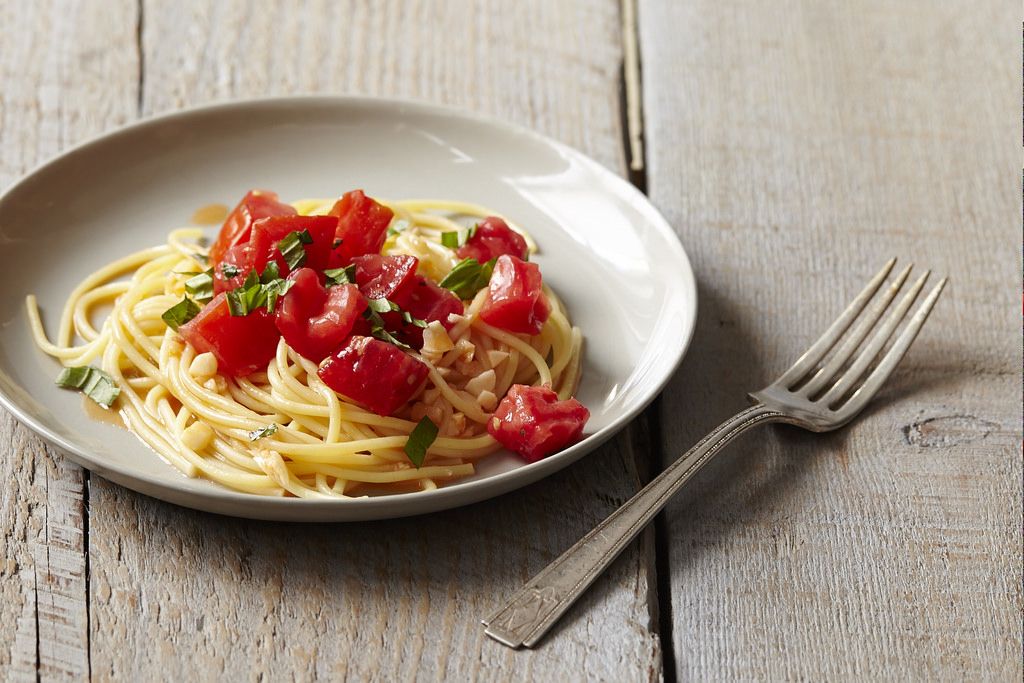 Klaudia August 3, 2015
I always say simple ideas are the best ones! Great recipe, and it does not require 745028370 weird ingredients. I appreciate :))
http://marshmallove-blog.blogspot.com

Dina M. August 2, 2015
Just finished eating the finished product--taste is amazing. Next time, I'd make the garlic and tomatoes a bit smaller, but that is personal preference.

Smaug August 2, 2015
You can do the same sort of thing with cooked tomato sauces, with either fresh or canned tomatoes- with canned, separate as much liquid as possible and reserve pulp. With fresh, halve and cook 10 min., strain out juice through the food mill, separate and run the pulp through. In either case, do most of the cooking with the liquid. The pureed pulp should be at about sauce texture and can be added right at the end ,canned should cook at least a few minutes, fresh simply needs to be heated. Works with pretty much any type of tomato sauce.

Joan H. September 1, 2014
I made this yesterday. Just amazing, and the smell in the house was also amazing. Thanks

lisam August 27, 2014
I made this recipe this with tomatoes and basil fresh from my garden. It was delicious!

Texas E. August 26, 2014
Find some nice heirloom tomatoes and make this today. It's the perfect pasta dish for summer.

Judith F. August 25, 2014
Patricia, thanks for the tips. Never knew about ripening tem on a hot, cloudy day.I bought those tomatoes on the vine because my son requested them. I never buy them as I prefer dun-ripened as you advise. However. I was amazed with what a little tweaking did for them. I lived in Tuscany for 20 years and learned to cook from my Florentine mother-in-law. She always cut the tomatoes and sprinkled them with salt to sweeten them and remove the acid. I only eat tomatoes in their prime, as they are form the nightshade family and too acidic for my system. I can't resist a bacon and tomato sandwich when the tomatoes are at their best.

patricia G. August 25, 2014
tasteless tomatoes on the vine generally benefit from long slow cooking in the oven (perhaps preceded by sun-cooking on a hot cloudless day.) Uncooked tomato recipes best made with sun-ripened tomatoes at their most flavor-full peak.

Linda August 25, 2014
Let's do whatever we want! This lovely basic is malleable and sparks the imagination. Ceramic's lemon zest is inspired (zest with pasta, olive oil, lemon juice, parsley, garlic or no garlic -- you know, a gremolata variation -- is a comfort any time of year, especially when Meyers are going strong. So, once drained perhaps those lovely San Marzano's could be heated through in a flash cook method -- separately in a bit of olive oil to heat -- and brightened a bit with a spritz of red wine vinegar or that lemon zest? And then perhaps fresh parsley (which winters over in my neck of the woods) could be substituted for the basil? Worth the experiment for one meal.

Anthony August 25, 2014
How would you do this when we're out of tomato season? Could you use whole san marzanos canned in their own juice?

Ceramic August 25, 2014
made this on Saturday for a small dinner-- was bright and good, but almost too buttery. didn't miss cheese at all. I added a little zest from a meyer lemon and a bit of lemon juice too. next time i'm going to use oil and add eggplant.

Betty J. August 21, 2014
I have been making a version of this for years, except that I add toasted pine nuts and before I became vegan a shave of Parmesan--our favorite quick dinner.

Kevin B. August 20, 2014
I got this recipe from his website years ago. I can hardly wait until heirloom tomato season just to make this.

Judith F. August 20, 2014
Thanks Linda. I understand the heating temperature of olive oil a little better thanks to your website suggestion. i am going to go to the farmers market and buy organic San Marzano tomatoes to freeze raw in chunks with some garlic cloves and basil for the winter, when I will make these sauces.

Gigi August 20, 2014
Michael Ruhlman's recipe reminds me of one that I found in a magazine a number of years ago. You take ripe tomatoes, core them, then crush them with your hand into a large bowl, add torn fresh basil, crushed fresh garlic, coarse salt, fresh ground pepper, and a fair amount of good olive oil. Cover with plastic wrap and set in the hot sun for about 3-4 hours. Cook your pasta; I use cavatappi for this recipe. Combine the cooked pasta with the sun-cooked tomato mixture...voila!... a very fresh tasting pasta!! And now is the time to use all those wonderful garden tomatoes!!