How to Prep and Cook Fresh Sardines

This summer, Christine Burns Rudalevige of The Family Fish Project is on a mission to help us cook and eat more seafood at home.

Today: Big taste comes in a small package. Learn how to prep sardines and then dress them up for dinner. 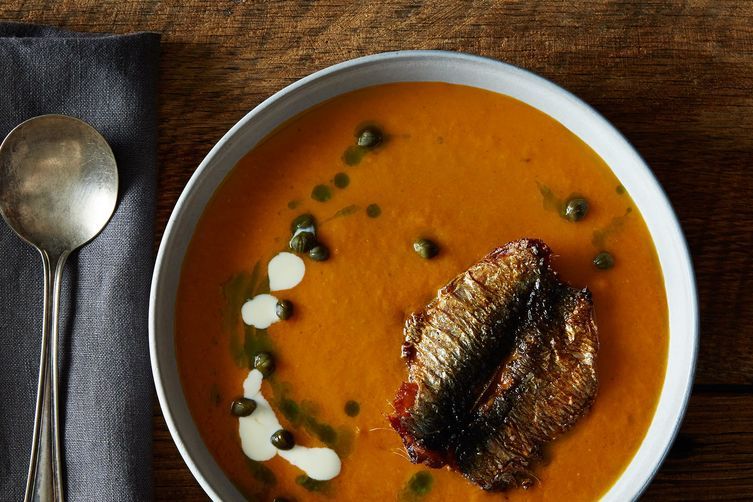 Fresh, small fish like wild Atlantic herring, Pacific sardines, and imported Mediterranean sardines are a treat well worth the effort of sourcing and dressing for dinner.

Don’t let the name sardines fool you. Wild Atlantic herring is one of 20 species around the world called “sardines” by their respective locals. Higher-end fishmongers will bring in the sardines caught off the coast of Spain and Morocco. But, on the East Coast, because it is one of the most common fish swimming in the Gulf of Maine, herring is widely considered to be a very sustainable source of protein. It’s also going to be the cheaper choice. Fresh herring costs about a third of the price of its European cousins. There are Pacific sardines available on the West Coast, but recent studies have shown evidence of a collapse in numbers and regulators cut allowable catch rates for 2014 by a third.

More: Got leftover fish? Don't give up: Here's the best way to repurpose it. 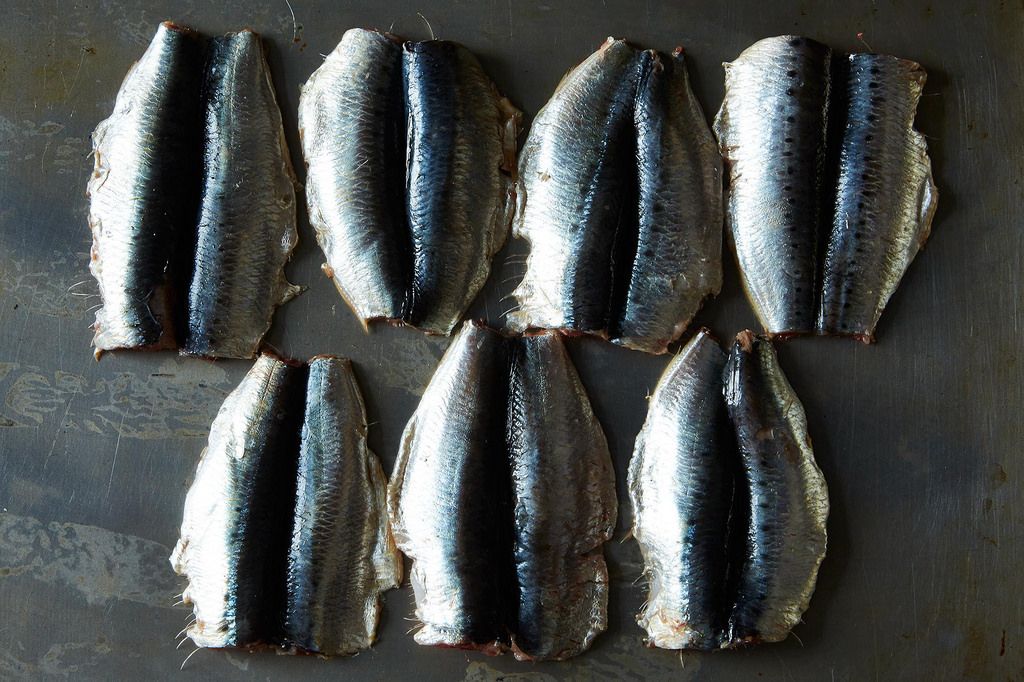 Once sourced, you can certainly be a stud and gut and scale sardines yourself. But I get the fishmonger to do it because a) I am not a stud; b) I don’t like the smell of guts in my kitchen garbage; and c) sardines have a delicate skin that gets damaged easily.

I do debone and butterfly fillet these smaller fish before cooking. Some say this is wasted time because removing the bones is easier once the fish is cooked. But I take this step because I think they cook faster and more evenly, and my family whines too much if they have to work for their food tableside.

To butterfly a sardine, use a sharp knife to cut off the head, fin, and gills. (You can leave the tail on.)

Extend the cut used to gut the fish so that the fish is open from the top to the tail end. Lightly press the fish onto a cutting board, so the empty cavity is against the board and the two fillets are splaying out on either side, skin-side up. Gently but firmly, press down on the backbone to open up the belly area. You will feel the spine coming away from the flesh as you push down.

Turn the fish over and carefully pull out the backbone. Be careful not to pull the flesh off at the same time. Run your fingers over the flesh to check for pin bones and remove any you find with kitchen tweezers. Trim away any edges so the fish looks nice and neat. 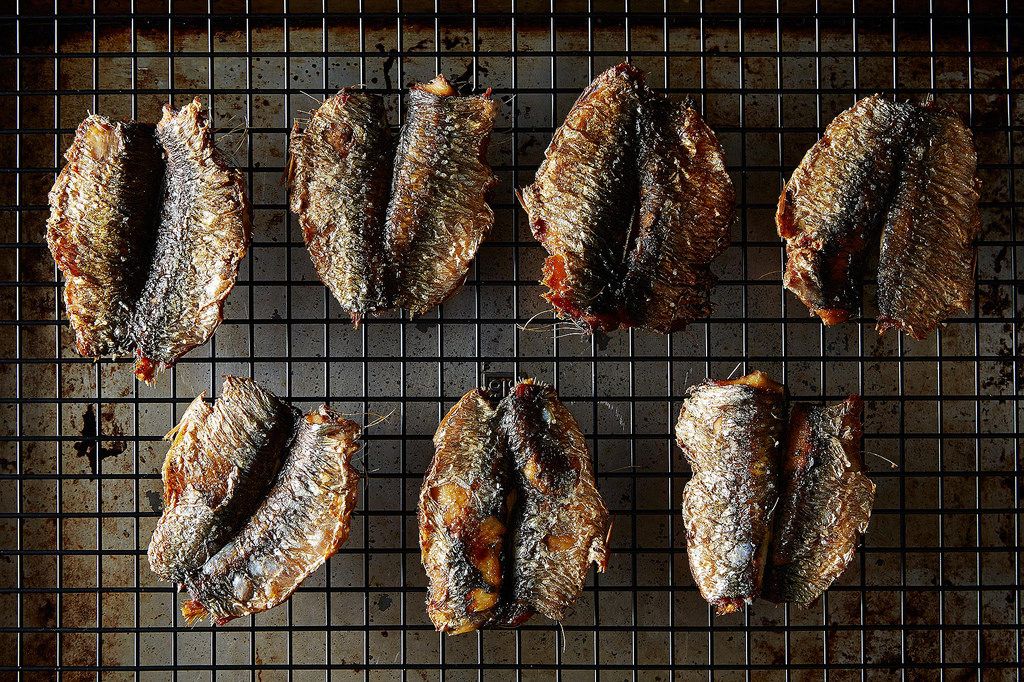 Now, the fish is ready to cook, which is a simple matter of searing it in a hot, oiled skillet (like in the recipe below) or on a prepared grill for 2 to 4 minutes.

Once cooked, these oily fish cry out for a shot of acid -- like lemon, parsley, and garlic; pickled vegetables; or a vinegary tomato soup (like the recipe below). Oh, and don’t forget an interesting piece of bread to help sop up what’s left in the bowl.

cheese1227 June 3, 2015
I have tried frozen ones the last post. You have to thaw them out, of course, before cooking them. The bones are a bit harder to get out once they've been frozen. Not impossible, but a bit more frustrating. If you just remove heads and tails before cooking them. Cook them. And then easily pull the whole backbone out of the cooked fish. That is less frustrating.

Aoi September 27, 2014
Any tips for dealing with frozen sardines? They seem to be the only kind (besides canned) that I can find.
Author Comment

cheese1227 September 29, 2014
Interesting! I have never worked with frozen sardines. Are they whole or filleted?

Aoi October 5, 2014
They're whole. I've seen them at Whole Foods, but I've never bought them. Too intimidating!